Loading
Homo Spaciens: Our new life off Earth | Asteroid
The truth about asteroid mining
Share using EmailShare on TwitterShare on FacebookShare on Linkedin 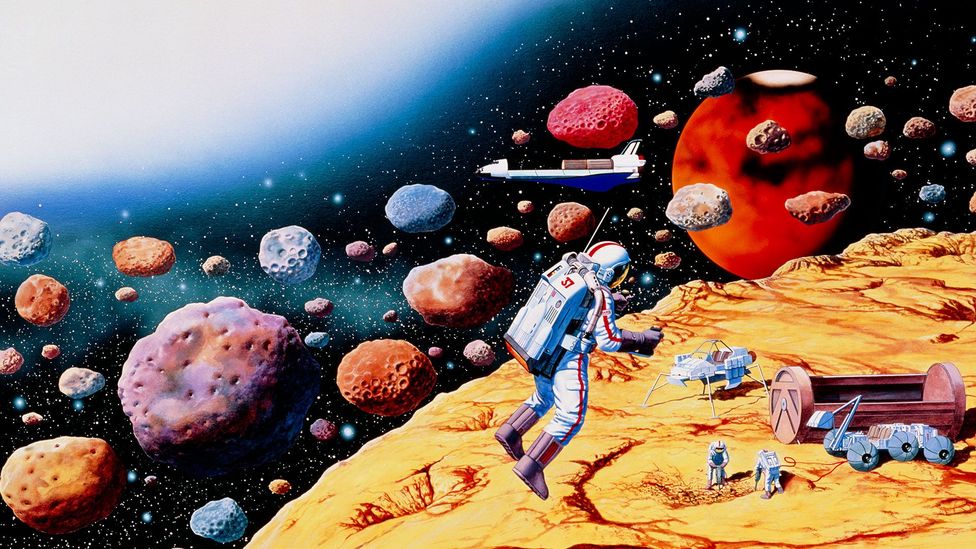 By Sarah Cruddas 5th January 2016
Could the untold riches in asteroids and other planets be the key to exploring the wider Universe?
A

As our Earth orbits lazily around the Sun, some 13,000 asteroids pass close by. Known as Near-Earth Objects (NEOs), these asteroids are more than just a heavenly curiosity; they are treasures. The resources contained within them mean they have the potential to provide untold riches, the future oil fields of space.

The question is, would it be worth it? Some might ask whether it’s realistic to stage such a seemingly out-of-this-world plan. Those involved in the nascent asteroid mining industry, however, argue that there are a number of misconceptions about their efforts.

“It is natural to doubt when you don’t know much about it” explains Chris Lewicki, the president and chief engineer of asteroid mining company Planetary Resources. “Most people read the headline and make assumptions. 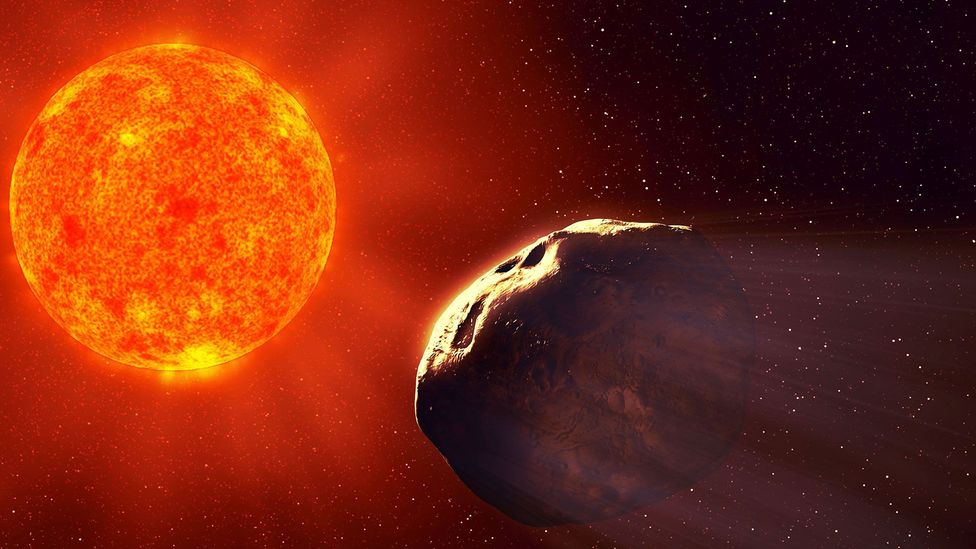 “We are only repeating what has been done throughout history, just in a new environment,” he adds.

Natural resources have always allowed us to expand to new frontiers. When Europeans first settled North America, they lived off the resources they found on the land, and in doing so created one of the world’s biggest economies. During the 20th Century oil helped shape and redefine the world; momentous changes like these were started by a relative few.

“Prospectors always go first, that is what has happened throughout history,” says Chad Anderson, managing director of the Space Angel Network, a global network for early investors offering access to the emerging private space industry.

Those involved in looking to mine asteroids believe it has the potential to shape and define the 21st Century. “The results could be revolutionary in benefits to space exploration, and all of us on Earth,” says Steve Eisenhart, the senior vice president of Space Foundation, a global non-profit which promotes space-related endeavours.

The first thing to understand about space mining is that it is not only about mining asteroids, or even the Moon and then returning those resources back to Earth. “Instead, there is a lot of value in keeping the resources in space and using them to continue our exploration of the Solar System and beyond,” says Anderson.

The most important resource for prospective space miners is water. The reason: travelling into space by current standards is the equivalent of taking a road trip across America, but having to bring all your fuel with you – only much worse. It takes more energy to escape the first 300 kilometres from Earth than the next 300 million kilometres. “Once in Earth’s orbit, you are halfway to anywhere in the Solar System,” says Lewicki. 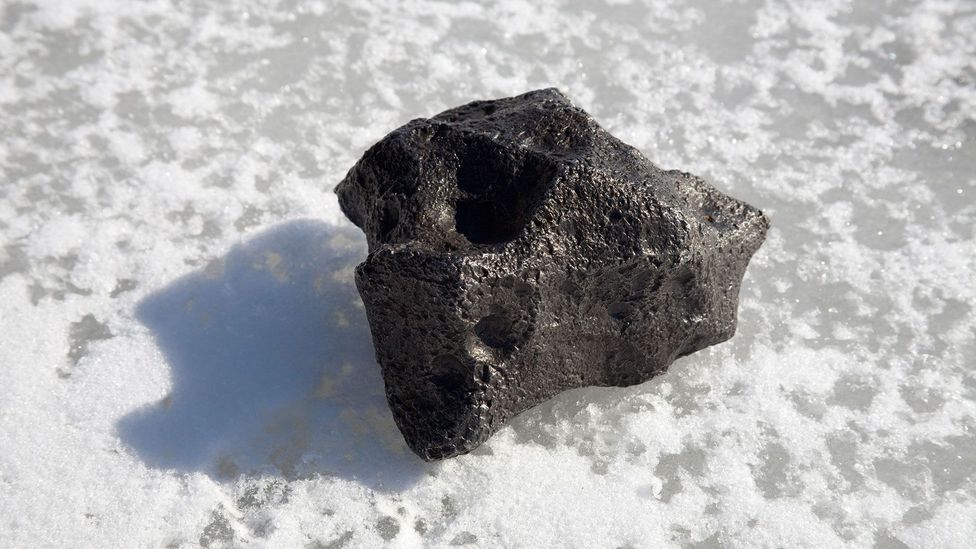 It makes no sense to mine asteroids and move the recovered resources back to Earth (Credit: Science Photo Library)

But if rocket fuel was sourced from space for space, that problem can be avoided. When water is broken into its constituents – hydrogen and oxygen – you have two of the most commonly used elements in rocket fuel. What is most exciting for those looking to mine space is that water is throughout our Solar System. It is on the Moon, Mars and asteroids, and that’s just the places we know about.

Asteroids are of particular interest to Planetary Resources. “We know asteroids have water because it has been found on meteorites which have landed on the surface of the Earth,” says Lewicki. “They also don’t need much energy to land on. It’s easier than a trip to the surface of the Moon.” These near-Earth asteroids could act as off-world ‘gas stations’.

Asteroids also give us the potential to create tools in space

And as humans venture beyond Earth orbit, water will be essential for life support and growing food. It can even be used to shield astronauts from radiation. Yet it costs $50m (£32.8m) per tonne to ship it into space.

Asteroids also give us the potential to create tools in space. “Iron is abundant,” says Lewicki, as is nickel and cobalt. “Using technology such as 3D printing you can grab material off asteroids and 3D print something that never has to be on a rocket.” Tools, machines and even habitats can then be built off Earth, reducing the cost of exploration even further. 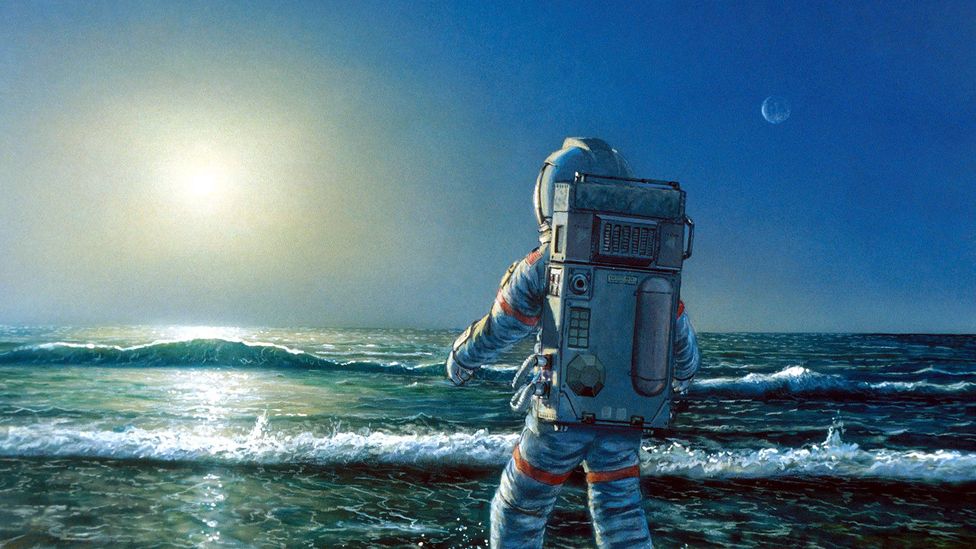 Of course space, as the saying goes, is hard, and off-world mining won’t exactly be a walk in the park. “Sure there will be challenges to overcome, but that is the history of space,” says Eisenhart. Planetary Resources say they are already making money from the technology they have developed, even before they’ve started mining anything beyond Earth.

“It is important to know that this is something that is going to happen – it is already happening,” says Lewicki. The company already has one satellite in orbit, and the next satellite to launch will have to the ability to look for water on near-Earth asteroids, using infra-red imaging sensors. Meanwhile, other private companies are looking into mining water and other resources on the Moon.

While you can’t own the Moon or asteroids, you can own the materials you take away from them

The first water could be extracted from an asteroid by the first half of the 2020s. That will mark the beginning of new era, where humanity has moved off our planet and has a presence in space forever. “I love that it is audacious, but that is what inspires the imagination and innovation,” says Eisenhart.

This means private companies could go into space, take materials they need, and it would be perfectly legal. The recent move by President Obama is seen as a huge step forward in terms of creating a stable legal framework to build upon.

Exactly where space mining could lead us is impossible to predict. But its advocates clearly believe that their early efforts are an investment in the long-term future of our species. We might not live to see the benefits, but our descendants spread throughout the Solar System may well be profitting from them.