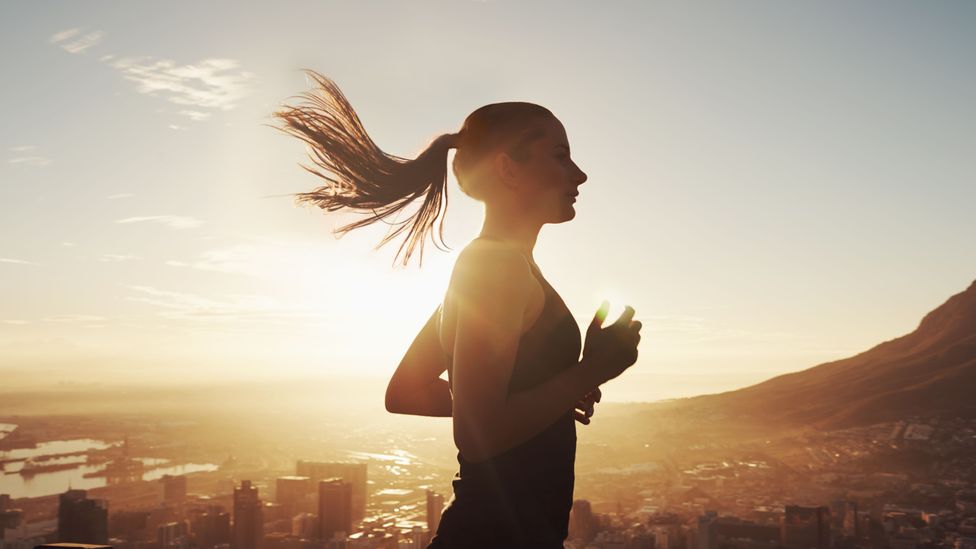 By Tom Stafford 4th January 2016
We could spend all year living healthier, more productive lives, so why do we only decide to make the change at the start of the year? BBC Future’s psychologist Tom Stafford explains.
M

Many of us will start 2016 with resolutions – to get fit, learn a new skill, eat differently. If we really want to do these things, why did we wait until an arbitrary date which marks nothing more important than a timekeeping convention? The answer tells us something important about the psychology of motivation, and about what popular theories of self-control miss out.

What we want isn't straightforward. At bedtime you might want to get up early and go for a run, but when your alarm goes off you find you actually want a lie-in. When exam day comes around you might want to be the kind of person who spent the afternoons studying, but on each of those afternoons you instead wanted to hang out with your friends.

You could see these contradictions as failures of our self-control: impulses for temporary pleasures manage to somehow override our longer-term interests. One fashionable theory of self-control, proposed by Roy Baumeister at Florida State University, is the 'ego-depletion' account. This theory states that self-control is like a muscle. This means you can exhaust it in the short-term – meaning that every temptation you resist makes it more likely that you'll yield to the next temptation, even if it is a temptation to do something entirely different. 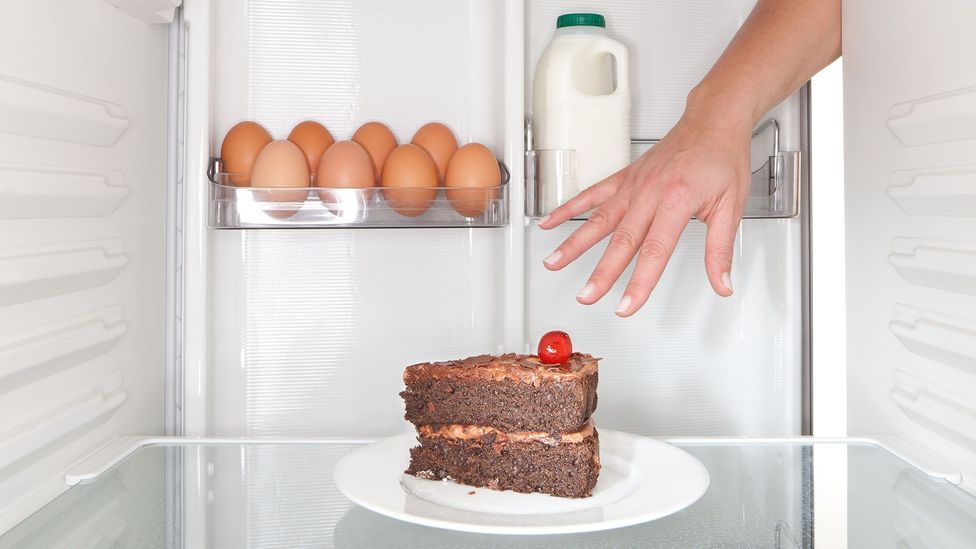 Willpower is constantly in flux - what we want (or at least, think we want) can change by the hour and by the day (Credit: Getty Images)

Some lab experiments appear to support this limited resource model of willpower. People who had to resist the temptation to eat chocolates were subsequently less successful at solving difficult puzzles which required the willpower to muster up enough concentration to complete them, for instance. Studies of court records, meanwhile, found that the more decisions a parole board judge makes without a meal break, the less lenient they become. Perhaps at the end of a long morning, the self-control necessary for a more deliberated judgement has sapped away, causing them to rely on a harsher “keep them locked up” policy.

A corollary of the 'like a muscle' theory is that in the long term, you can strengthen your willpower with practice. So, for example, Baumeister found that people who were assigned two weeks of trying to keep their back straight whenever possible showed improved willpower when asked back into the lab.

Yet the 'ego-depletion' theory has critics. My issue with it is that it reduces our willpower to something akin to oil in a tank. Not only does this seem too simplistic, but it sidesteps the core problem of self-control: who or what is controlling who or what? Why is it even the case that we can want both to yield to a temptation, and want to resist it at the same time?

Also, and more importantly, that theory also doesn't give an explanation why we wait for New Year's Day to begin exerting our self-control. If your willpower is a muscle, you should start building it up as soon as possible, rather than wait for an arbitrary date.

A battle of wills

Another explanation may answer these questions, although it isn't as fashionable as ego-depletion. George Ainslie's book 'Breakdown of Will' puts forward a theory of the self and self-control which uses game theory to explain why we have trouble with our impulses, and why our attempts to control them take the form they do.

Ainslie's account begins with the idea that we have, within us, a myriad of competing impulses, which exist on different time-scales: the you that wants to stay in bed five more minutes, the you that wants to start the day with a run, the you that wants to be fit for the half-marathon in April. Importantly, the relative power of these impulses changes as they get nearer in time: the early start wins against the lie-in the day before, but it is a different matter at 5am. Ainslie has a detailed account of why this is, and it has some important implications for our self-control.

According to this theory, our preferences are unstable and inconsistent, the product of a war between our competing impulses, good and bad, short and long-term. A New Year’s resolution could therefore be seen as an alliance between these competing motivations, and like any alliance, it can easily fall apart. Addictions are a good example, because the long-term goal ("not to be an alcoholic") requires the coordination of many small goals ("not to have a drink at 4pm;" "not at 5pm;" "not at 6pm," and so on), none of which is essential. You can have a drink at 4pm and still be a moderate drinker. You can even have a drink also at 5pm, but somewhere along the line all these small choices add up to a failure to keep to the wider goal. Similarly, if you want to get fit in 2016, you don't have to go for a jog on 1 January, or even on 2 January, but if you don't start doing exercise on one particular day then you will never meet your larger goal. 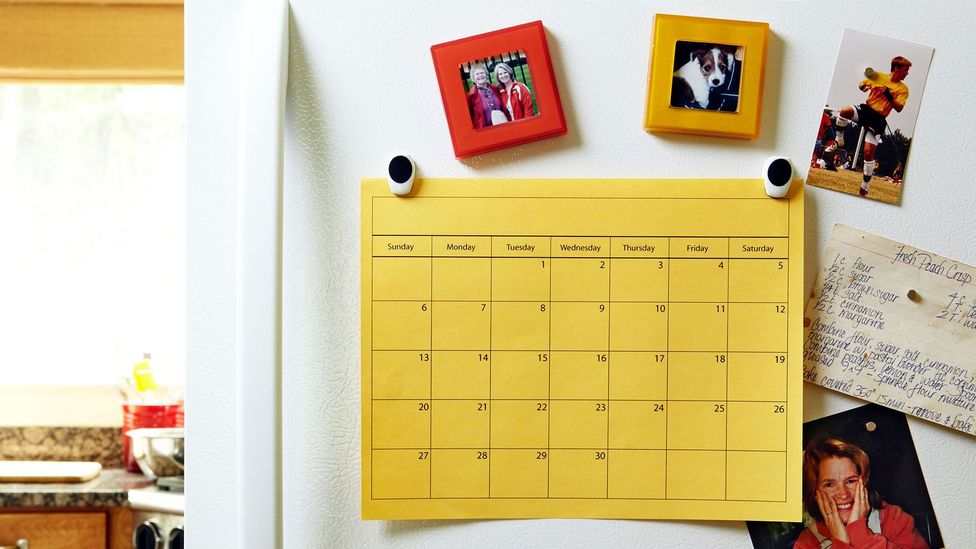 The virgin page of a new calendar marks a clean break between the old and new you - a psychological boundary that may help you keep your resolutions (Credit: Getty Images)

From Ainslie's perspective willpower is a bargaining game played by the forces within ourselves, and like any conflict of interest, if the boundary between acceptable and unacceptable isn’t clearly defined then small infractions can quickly escalate. For this reason, Ainslie says, resolutions cluster around 'clean lines', sharp distinctions around which no quibble is brooked. The line between moderate and problem drinking isn't clear (and liable to be even less clear around your fourth glass), but the line between teetotal and drinker is crystal.

This is why advice on good habits is often of the form "Do X every day", and why diets tend to absolutes: "No gluten;" "No dessert;" "Fasting on Tuesdays and Thursdays". We know that if we leave the interpretation open to doubt, although our intentions are good, we'll undermine our resolutions when we're under the influence of our more immediate impulses.

And, so, Ainslie gives us an answer to why our resolutions start on 1 January. The date is completely arbitrary, but it provides a clean line between our old and new selves.

The practical upshot of the theory is that if you make a resolution, you should formulate it so that at every point in time it is absolutely clear whether you are sticking to it or not. The clear lines are arbitrary, but they help the truce between our competing interests hold.

Good luck for your 2016 resolutions!

If you have an everyday psychological phenomenon you’d like to see written about in these columns please get in touch with @tomstafford on Twitter, or ideas@idiolect.org.uk.

Neurohacks
1Why do we forget names?
Neurohacks
2Is Google making us know-it-alls?
Neurohacks
3How a film broke through a coma
Neurohacks
4Are you in control of your mind?
Around the BBC