Loading
In Depth | Space
What will power tomorrow’s spacecraft?
Share using EmailShare on TwitterShare on FacebookShare on Linkedin 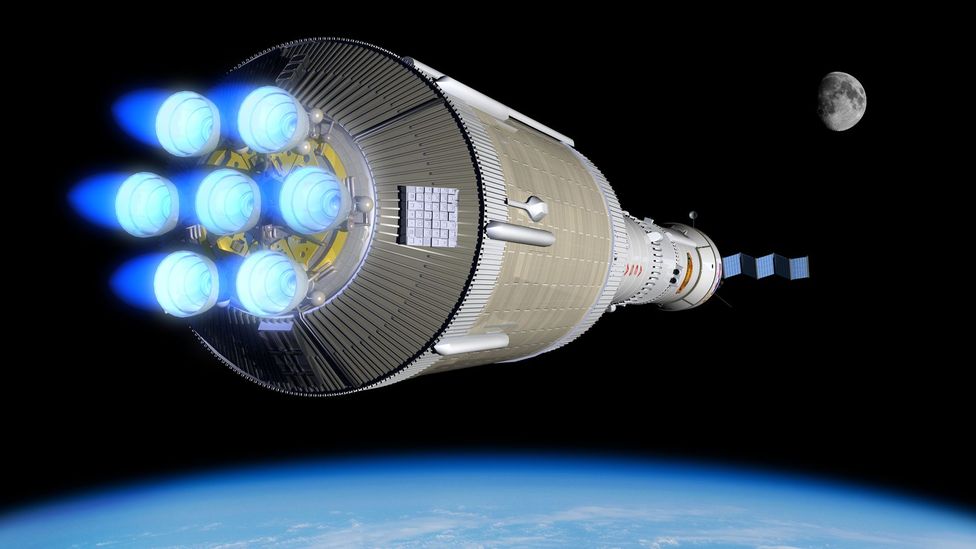 By Peter Ray Allison 20th January 2016
The missions that will last decades or longer will need a new generation of power sources. What are the options?
P

Power systems are a critical part of a spacecraft. They need to be able to operate in extreme environments and be utterly reliable. Yet, with the ever-increasing power demands of more complex spacecraft, what does the future hold for their power technologies?

The latest mobile phones can barely last a day without the need to be plugged into a power socket. Yet the Voyager space probe, which was launched 38 years ago, is still sending us information from beyond the edges of our solar system. The Voyager probes are capable of efficiently processing 81,000 instructions every second, but the average smartphone is more than 7,000 times faster.

Your mobile phone is, of course, designed for regular recharging, and is unlikely to ever be several million miles from the nearest socket. Recharging a spacecraft, when it is 100 million miles from the nearest charging point, is impractical. Instead, a spacecraft must be able to either store or generate sufficient power to keep going for decades in space. That, it turns out, can be quite a difficult thing to achieve.

While some onboard systems only require power occasionally, others need to be continually operational. Transponders and receivers need to be active all the time, as well as life-support and lighting in the case of a manned space flight or space stations. 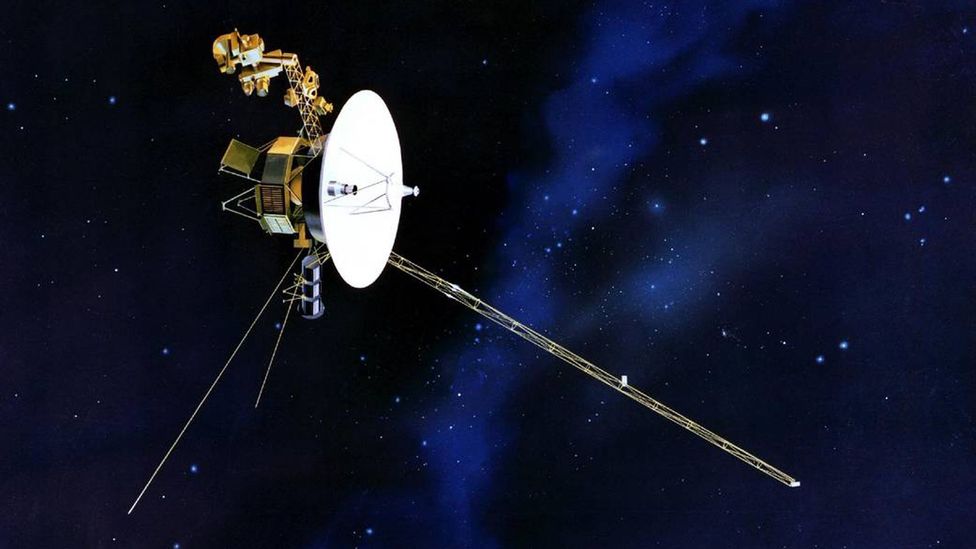 Despite the low-tech of Voyager's propulsion system, it's kept the probe going for 38 years (Credit: Nasa)

Dr Rao Surampudi is the power technology programme manager for the Jet Propulsion Laboratory at the California Institute of Technology. For over 30 years he has been developing power systems for various Nasa spacecraft.

According to Surampudi, the power systems for spacecraft usually take up approximately 30% of a spacecraft’s mass and can be broken down into three distinct subsets:

These systems are absolutely crucial to the operation of a spacecraft.  They need to have low mass, long life and be ‘energy dense’, in that they must produce a lot of energy from a comparatively small volume. They must also have proven reliability, as sending someone into space in order to fix something is impractical, to say the least.

Not only must the systems be able to provide sufficient energy to supply all of the onboard power needs, they must also be able to do so for the life of the mission – something which may be measured in decades or even centuries in the years to come. “The intended lifespan has to be long, for if something goes wrong, you cannot go there and fix it,” says Surampudi. “To go to Jupiter will take five to seven years, to go to Pluto will take more than 10 years, but to leave our solar system will take 20 to 30 years.”

Due to the unique environment in which they operate, spacecraft power systems must also be able to operate in zero gravity and in a vacuum, as well as endure immense amounts of radiation (in which most electronics will not operate) and extreme temperatures. “If you were to land on Venus, the temperatures could be as high as 460°C (860°F),” says Surampudi, “but if you were to ‘land’ on Jupiter it could be as low as -150°C (-238°F).”

Spacecraft that are heading towards the centre of our solar system will have abundant solar energy for their photovoltaic solar panels. A spacecraft’s solar panels may look like the conventional solar panels on our homes, but they are designed to work far more efficiently than the ones you might use to power your home. 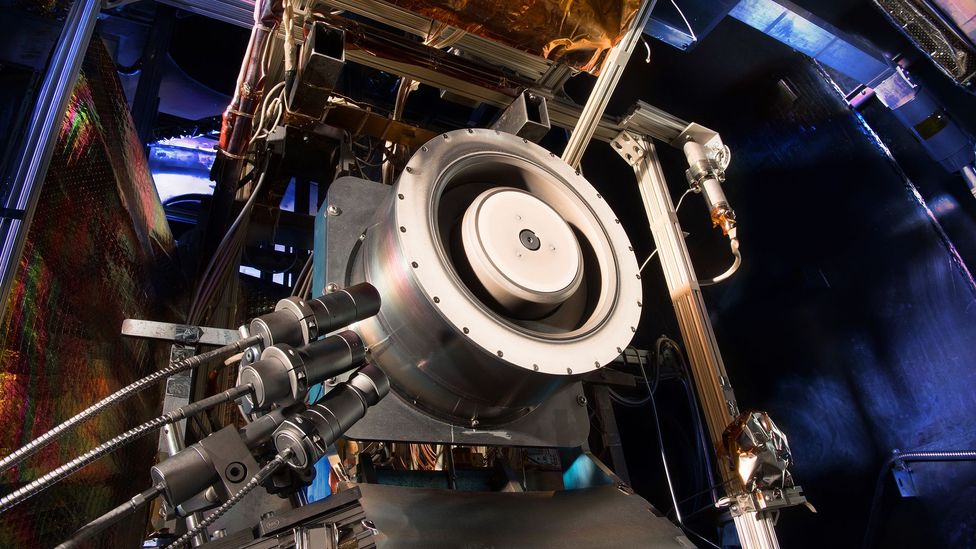 Nasa's Asteroid Redirect Mission will use a new form of solar power, which is both more efficient and lasts longer (Credit: Nasa)

The soaring temperatures from close proximity to the Sun can also cause the solar panels to overheat. This is mitigated by turning the solar panels away from the Sun, limiting their exposure to the intense rays.

As a spacecraft enters a planet’s orbit, the solar arrays become less effective; they become unable to generate as much energy, due to eclipses and passing through the planet’s shadow. What is needed is a reliable energy storage system.

One such type of energy storage system is nickel-hydrogen batteries, which can be recharged more than 50,000 times and have a lifespan of more than 15 years. Unlike commercial batteries, which do not work in space, these batteries are sealed systems and can operate in a vacuum.

As you head away from the sun, the solar radiation naturally decreases from 1,374 Watts/m² around Earth, to 50 Watts/m² near Jupiter, while Pluto manages a meager 1 Watt/m². So, when spacecraft fly beyond the orbit of Jupiter, scientists look to atomic systems to power spacecraft.

The most common type are Radioisotope Thermoelectric Generators (or RTG for short), which have been used on Voyager, Cassini and the Curiosity Rover.  These are solid-state devices, in that they have no moving parts. They generate heat from the radioactive decay of elements such as plutonium and have a typical lifespan of more than 30 years. 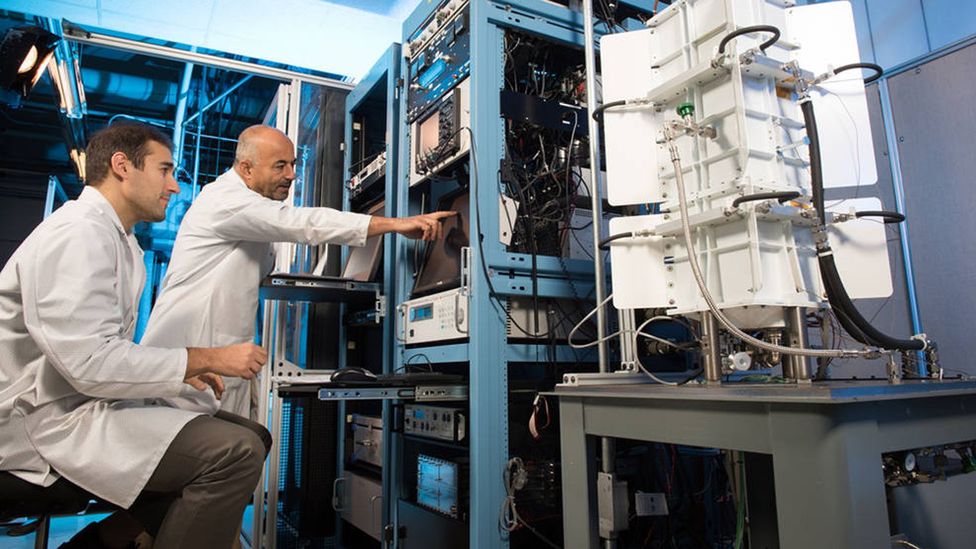 When using an RTG is not possible – for instance, if the weight of the shielding needed to protect a crew make it impractical – and distance from the Sun precludes the use of solar panels, then fuel cells are an option.

Ongoing research by Nasa and JPL will allow future power systems to generate and store more power, using less space, and for longer durations. However, new spacecraft are requiring larger reserves, as the onboard systems they carry are becoming ever-more sophisticated and energy-hungry.

New types of batteries are also being developed, for Nasa’s planned mission to Europa

These high energy demands are especially the case with spacecraft that use electric propulsion systems, such as the ion drive which was first used on Deep Space 1 in 1998 and is now widely used on spacecraft. Electric propulsion systems commonly operate by electrically expelling propellant at high speeds, but others use electrodynamic tethers which interact with the magnetic fields of planets to move a spacecraft forward.

Most power systems on Earth will not operate in space. As such, any new power system is rigorously tested before it can be installed onto a spacecraft. Nasa and JPL use their laboratories to simulate the harsh environments in which this new technology will operate, by bombarding new components and systems with radiation and subjecting them to extreme temperatures.

Stirling Radioisotope Generators are currently being prepared for future missions. Based on the existing RTGs, these generators are far more efficient than their thermo-electric cousins and could be made far smaller, although they may become more complex in the process.

New types of batteries are also being developed, for Nasa’s planned mission to Europa (one of Jupiter’s moons). These are designed to operate between -80°C (-112°F) and -100°C (-148°F). Advanced lithium-ion batteries are currently being developed that will have double the amount of energy storage. This increased energy density would, for example, allow astronauts to spend twice as long on the Moon before the battery expires. 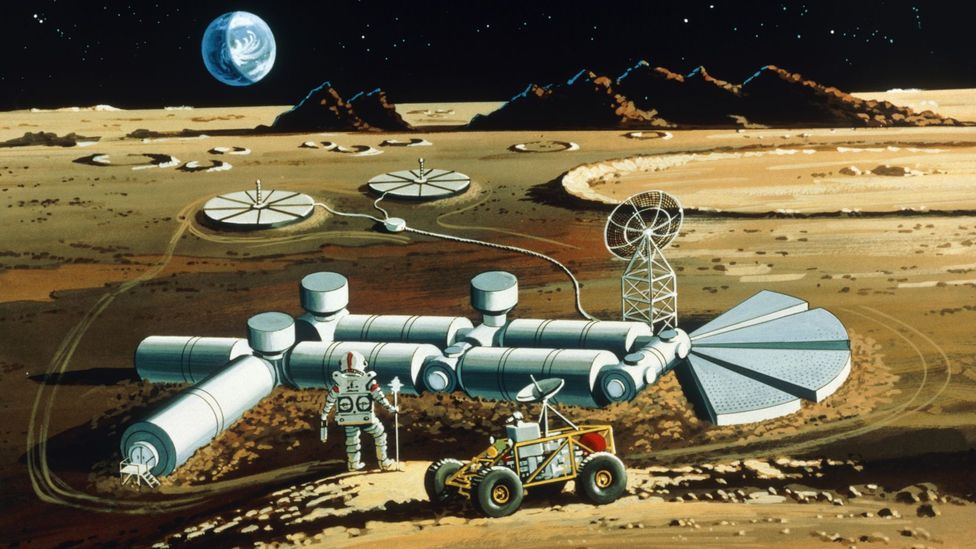 Future spaceship fuel might have to be used to help power a settlements like this as well (Credit: Science Photo Library)

New solar cells are currently being developed to work in conditions where the light intensity and temperatures are low, meaning that solar powered spacecraft will be able to operate further away from the Sun.

At some point in the future, Nasa will be seeking to install a permanent manned base on Mars, as well as possibly on other planets further in the future. These future power generation systems will need to be much bigger than current ones so they can generate enough energy for much longer missions.

The Moon is rich in helium-3, a rare element on Earth and an ideal fuel source for nuclear fusion power. However, fusion is not currently stable or reliable enough to be considered viable to power a spacecraft. Also, a typical fusion reactor, such as the Tokamak, is usually housed in a building the size of an aircraft hangar, which is far too big to mount on a spacecraft.

But what about nuclear reactors, especially for electrically powered spacecraft and the planned missions to land on the Moon or Mars? Rather than carrying a separate power generation system for a colony, the spacecraft’s nuclear power generator could become the settlement’s powerplant.

We will not see nuclear-powered spacecraft for many years

However, we will not see nuclear-powered spacecraft for many years. “The technology is not mature enough yet,” says Surampudi. “We need to make sure that they are safe when you launch it.” Rigorous testing will have to be carried out to confirm such powerplants are safe to withstand the pressures of spaceflight.

These new power systems that are being developed will allow spacecraft to operate for longer and to travel farther, but are in the early stages of assessment. Yet once they are tested, these power systems will be essential components for manned missions to Mars – and beyond.