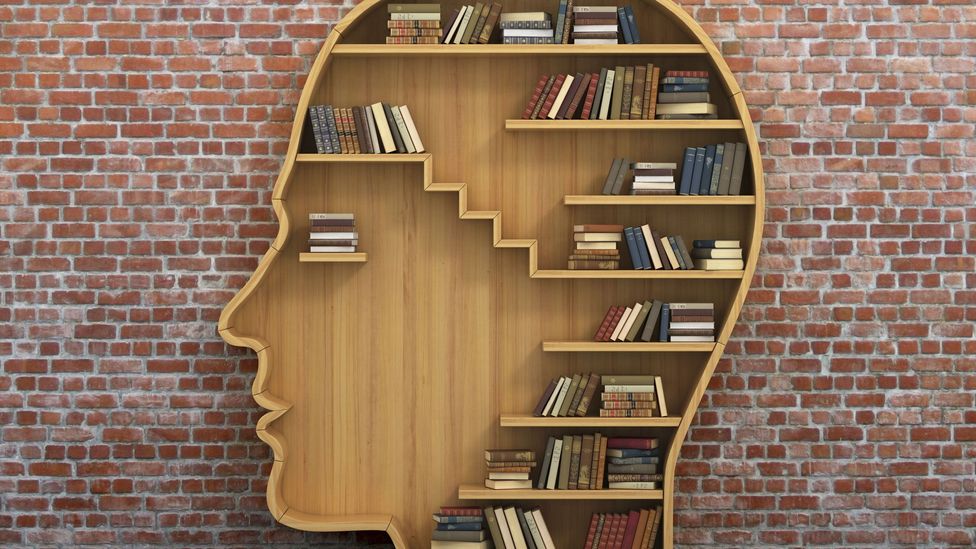 By Rachel Nuwer 25th January 2016
If the printed word becomes a thing of the past, it may affect how we think.
W

When Peter James published his novel Host on two floppy disks in 1993, he was ill-prepared for the “venomous backlash” that would follow. Journalists and fellow writers berated and condemned him; one reporter even dragged a PC and a generator out to the beach to demonstrate the ridiculousness of this new form of reading. “I was front-page news of many newspapers around the world, accused of killing the novel,” James told pop.edit.lit. “[But] I pointed out that the novel was already dying at an alarming rate without my assistance.”

Shortly after Host’s debut, James also issued a prediction: that e-books would spike in popularity once they became as easy and enjoyable to read as printed books. What was a novelty in the 90s, in other words, would eventually mature to the point that it threatened traditional books with extinction. Two decades later, James’ vision is well on its way to being realised.

Are printed books destined to eventually join the ranks of clay tablets, scrolls and typewritten pages?

That e-books have surged in popularity in recent years is not news, but where they are headed – and what effect this will ultimately have on the printed word – is unknown. Are printed books destined to eventually join the ranks of clay tablets, scrolls and typewritten pages, to be displayed in collectors’ glass cases with other curious items of the distant past?

And if all of this is so, should we be concerned? 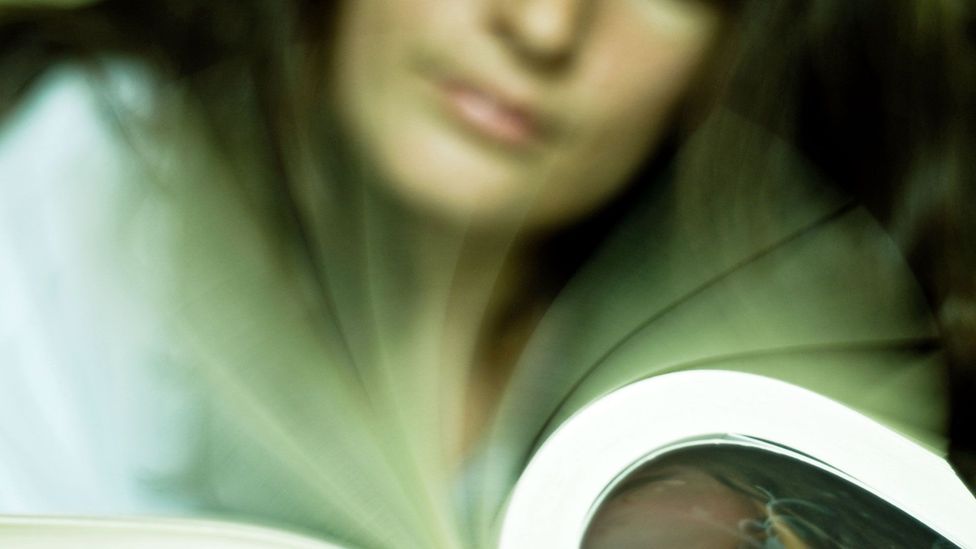 Are printed books really on the way out? (Credit: Getty Images)

Answers to these questions do not come easily, thanks to the variability in both e-reading trends and in research findings on the effects (or lack thereof) that digital reading has on us. What we do know, according to a survey conducted last year by Pew Research, is that half of American adults now own a tablet or e-reader, and that three in 10 read an e-book in 2013. Although printed books remain the most popular means of reading, over the past decade e-books have made a valiant effort at catching up.

Pinpointing the emergence of the first digital book is challenging, however, mostly because people’s definition of what constitutes an e-book varies. In the 1970s, Project Gutenberg began publishing electronic text files, and books written in HyperCard followed in the 80s and 90s, pioneered by companies such as Voyager and Eastgate Systems. Later programs and devices for accessing early e-books included the Palm Pilot, Microsoft Reader and Sony Reader. “Microsoft and the Palm experiments around the turn of the century began to really sort of make e-books happen, although not in a substantial, commercial way,” says Mike Shatzkin, founder and CEO of the Idea Logical Company, a consultancy group in New York City specialising in publishing’s digital transformation. 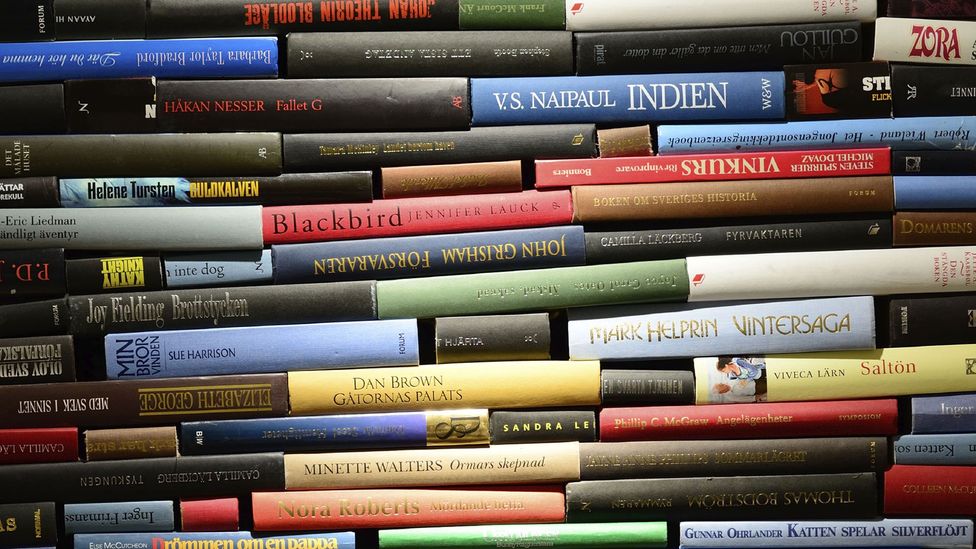 Printed books remain the most popular means of reading, but over the past decade e-books have made a valiant effort at catching up (Credit: iStock)

Indeed, despite the hand wringing that Jones’ Host – said by some to be the first digital novel – caused in 1993, publishers weren’t too concerned. “In 1992, I spoke to CEOs at probably five of the seven major publishing companies, and they all said ‘This has nothing to do with us. People will never read on screens’,” says Robert Stein, founder of the Institute for the Future of the Book and co-founder of Voyager and the Criterion Collection.

In 2007, with Amazon’s release of the Kindle, that attitude abruptly changed. Almost immediately, the device began causing palpitations in the publishing industry. “Amazon had the clout to go to publishers and say, ‘This is serious. We want your books,’” Shatzkin says. “And because Amazon is Amazon, they also didn’t really care as much about profit on every unit sale as they did for lifetime customer value, so they were happy to sell their e-books for cheap.”

From 2008 to 2010 e-book sales skyrocketed, jumping up to 1,260%, the New York Times reports. Adding fuel to the e-book fire, Nook debuted, as did the iPad, which was released alongside the iBooks Store. “By that time, the publishing industry had lost all possible ability to regain any initiative and momentum,” Stein says. In 2011, as Borders Books declared bankruptcy, e-books’ popularity continued to steadily rise – though not exponentially, as it turns out. 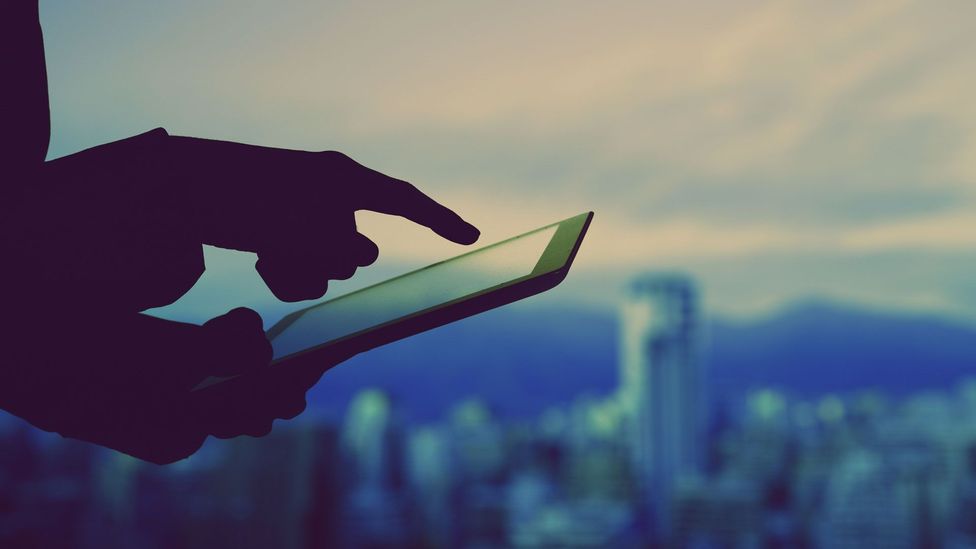 E-book readership has steadied over the past year (Credit: iStock)

Sales of e-books, which constitute about 20% of the book-buying market, have plateaued

For the past two years, there has been a shift. According to the Association of American Publishers, e-book sales, which constitute about 20% of the book-buying market, have plateaued, and Pew’s newest data, collected in March and April this year, also corroborates the fact that e-book readership has steadied over the past year. What’s more, the Times indicates that the first few months of 2015 actually saw a decline in the number of e-books sold. (Pew’s data, however, also show that the number of Americans who read at least one print book fell from 69 to 63% from 2014 to 2015.) “[The publishing] guys are all sort of breathing a sigh of relief, saying ‘Whew, half our market doesn’t like reading on screens,’” Stein says. “The problem is that they’re reading the tea leaves incorrectly.”

While no one can say with certainty what the future holds for paper books, Stein believes that what is a plateau now will, at some point, return to a steep incline. “We’re in a transitional period,” he says. “The affordances of screen reading will continuously improve and expand, offering people a reason to switch to screens.” 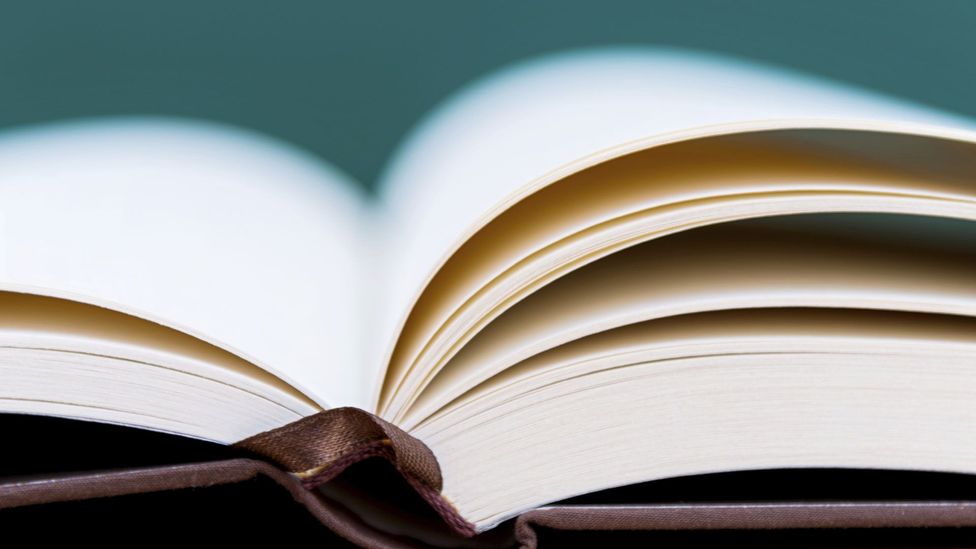 Books are expensive to manufacture and ship, so the economic pressure to digitise will be great (Credit: iStock)

Stein imagines, for example, that future forms of books might be developed not by conventional publishers but by the gaming industry. He also envisions that the distinction between writer and reader will be blurred by a social reading experience in which authors and consumers can digitally interact with each other to discuss any passage, sentence or line. Indeed, his latest project, Social Book, allows members to insert comments directly into digital book texts and is already used by teachers at several high schools and universities to stimulate discussions. “For my grandchildren, the idea that reading is something you do by yourself will seem arcane,” he says. “Why would you want to read by yourself if you can have access to the ideas of others you know and trust, or to the insights of people from all over the world?”

Books themselves, however, likely won’t disappear entirely, at least not anytime soon. Like woodblock printing, hand-processed film and folk weaving, printed pages may assume an artisanal or aesthetic value. Books meant not to be read but to be looked at – art catalogues or coffee table collections – will likely remain in print form for longer as well. “Print will exist, but it will be in a different realm and will appeal to a very limited audience, like poetry does today,” Stein says. “However, the locus of intellectual discourse is going to move away from print.”

“I think printed books just for plain old reading will, in 10 years from now, be unusual,” Shatzkin adds. “Not so unusual that a kid will say, ‘Mommy, what’s that?’ but unusual enough that on the train you’ll see one or two people reading something printed, while everyone else is reading off of a device.”

Shatzkin does believe, however, that the eventual and total demise of print “is inevitable,” though such a day won’t arrive for perhaps 50 to 100 or more years. “It will get harder and harder to understand why anyone would print something that’s heavy, hard to ship and not customisable,” he says. “I think there will come a point where print just doesn’t make a lot of sense. Frankly, I reached that point years ago for books that you just read.”

While some might mourn the aesthetic loss of the printed book, is there anything else we risk forfeiting should print disappear entirely? Some research indicates that there is cause for concern.

“The reality is that there is great anxiety that the book might disappear,” says Maryanne Wolf, director of the Center for Reading and Language Research at Tufts University in Massachusetts, and author of Proust and the Squid: The Story and Science of the Reading Brain. “But people like myself have good reason to hope that that will not be true, for readers’ sakes.”

According to Wolf and others’ research findings, electronic reading can negatively impact the way the brain responds to text, including reading comprehension, focus and the ability to maintain attention to details like plot and sequence of events. Research roughly indicates that print falls on one end of the reading spectrum (the most immersive) and that online text occurs at the other end (the most distracting). Kindle reading seems to fall somewhere in the middle. “A lot of people are worried that our ability to enter into the story is changing,” Wolf says. “My worry is that we’ll have a short-circuited reading brain, excellent for gathering information but not necessarily for forming critical, analytical deep reading skills.”

The field, however, is in its infancy, and findings about the negative impacts of e-reading are far from chiseled in stone. Indeed, some studies have produced opposite results, including that e-reading does not impact comprehension or that it can even enhance it, especially for readers with dyslexia. 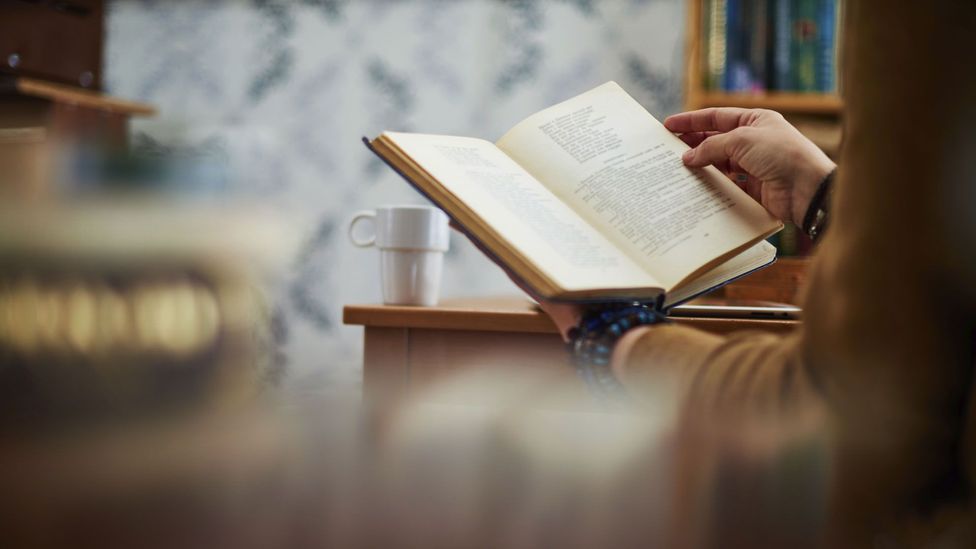 Books may live on as a purely aesthetic purchase (Credit: iStock)

Findings are also mixed for how digital reading affects children. Illustrated children’s e-books often include enhancements, including movement, music and sound. But the effect these additions have on reading varies depending on how they are executed. If done well, “they can be a kind of guide for children,” says Adriana Bus, a professor at Leiden University in the Netherlands who conducts research into reading, and reading problems.

In several experiments involving more than 400 kindergarteners, Bus and her colleagues found that kids who read animated e-books understood the story better and learned more vocabulary than those who read static ones. “For young children, written language is often difficult, but animated pictures can help them understand more difficult parts of the text,” she says.

But for all the worries about e-books changing the way we comprehend the written word and interact with one another, Wolf points out that “never before have we had such a democratisation of knowledge made possible.” While too much time on devices might mean problems for children and adults in places like Europe and the US, for those in developing countries, they may be a godsend, Wolf says – “the most important mechanism for giving literacy.”

In light of this, she hopes that we continue to maintain a “bi-literate” society – one that values both the digital and printed word. The recent uptick in the number of independent bookstores, at least in the US, gives her encouragement that others, too, are recognising the value of print.

“A full reading brain circuit is one of the most important contributions to the intellectual development of our species,” she says. “Anything that threatens that should be a matter of great vigilance and scrutiny.”