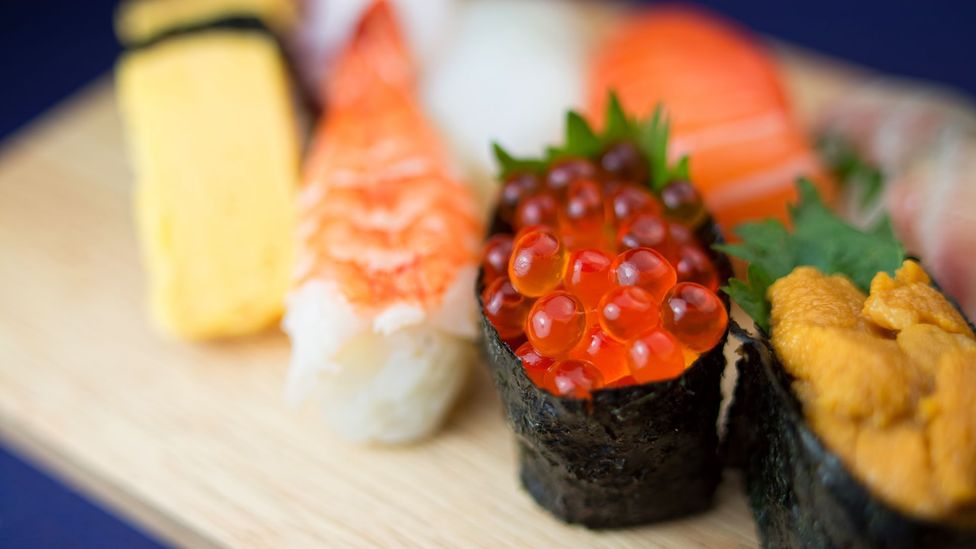 By Veronique Greenwood 26th January 2016
Why do some cultures find one taste delectable and another disgusting? BBC Future investigates.
W

When I was visiting Shanghai, I learned to avoid a certain alley on my walk to the underground system. It always smelled incredibly, almost unbelievably bad – like there was an open sewer on the sidewalk. But I could never see any evidence of the smell's source. And then one day, I realised where it was coming from. It was the scent of the bustling snack shop at the alley's entrance. Their specialty: chou doufu, tofu fermented for months in a slurry of meat, vegetables, and sour milk.

For many Westerners like me, it's hard to believe you could get the stuff anywhere near your mouth without gagging. But the shop had a long, long line. And I've since learned that many Chinese people have the same feeling of disgust when they consider the habit of eating cheese.

Though eating dairy is becoming more widespread in China these days, letting milk go bad and then adding salt and extra bacteria into the mix still sounds pathological. Even very mild cheeses like cheddar or jack cheese are considered basically inedible, it seems – melting them on bread can help, but they rank very low on the taste totem pole, my Chinese friends tell me. 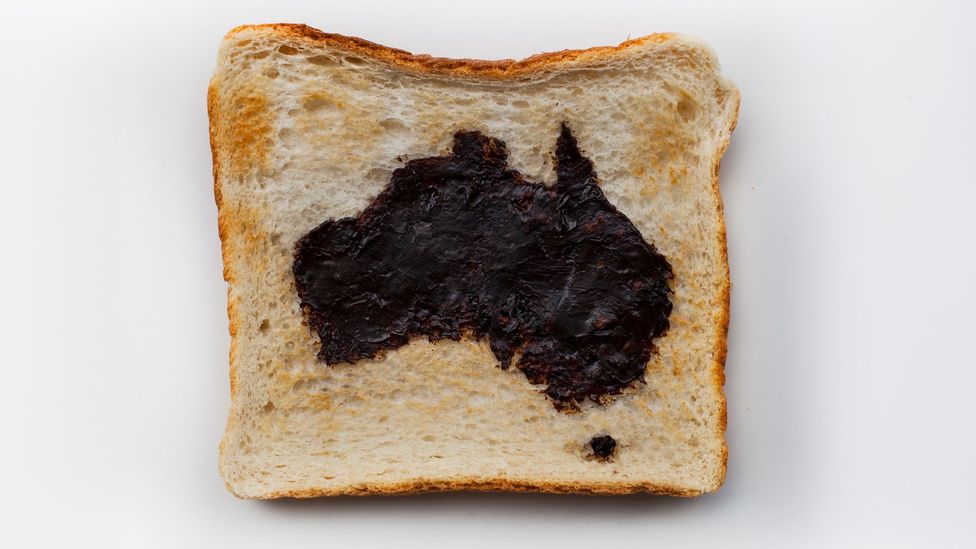 Many non-Antipodeans might find the yeasty taste of Vegemite unpalatable (Credit: Getty Images)

Such strong differences of opinion about what's delicious and what's disgusting crop up whenever you begin to compare the way different cultures eat. Is Vegemite something you look forward to slathering on your toast in the morning? Or is it a salty, bitter mess that “tastes like someone tried to make food and failed horribly”, as one American child reported? Is beef tripe a savoury street food best eaten over noodles, or inedible rubber, tainted with a whiff of the latrine?

In a sense, these contrasts shouldn't be that surprising: we learn from those around us what's worth eating and what should be avoided, and those categories vary between regions. But somehow, the reminder that taste is so very relative, and so very learned, never fails to shock.

In trying to characterise the broad differences between cultures' palates, nutritionists refer to sets of tastes that they rely on – the spices and flavourings that feel like home. The combination of tomato, garlic, oregano, and olive oil feels distinctively Italian, and a dish with dried shrimp, chilli peppers, ginger, and palm oil feels Brazilian. For Germans, it’s dill, sour cream, mustard, vinegar and black pepper. Chinese: soy sauce, rice wine, and ginger. Those tastes seem to describe a safe zone for eating.

Chinese tourists in Australia, surveyed on their meal preferences, remarked that eating non-Chinese food was often unsatisfying. “I hope I can have soy sauce,” remarked one study participant. “Then, even if I can’t stand the food, I can add some soy sauce to go with the rice.” When foreign ingredients were cooked in a Chinese style, they felt better.

But these are general categories, describing what's most comfortable, not what's edible. At the more extreme end, cultural variations do sometimes describe a wholly different mode of understanding what makes food good. Fuchsia Dunlop, who writes about Chinese food and cooking, points out in her memoir Sharks' Fin and Sichuan Pepper that quite large realms of Chinese gastronomy have little intrinsic appeal to even an adventurous Western palate. Goose intestine and sea cucumbers, for instance, when cooked just right, have no flavour and a texture like rubber tubing. 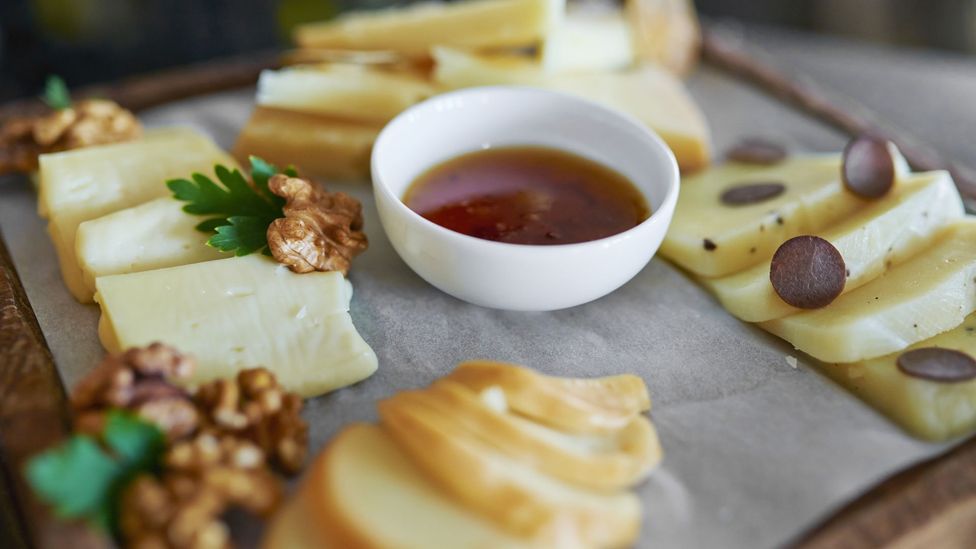 Yet sea cucumber is a delicacy that can cost more than $100 (£70) each and at least some of that has to do with the fact that people genuinely enjoy it. Dunlop puts her finger on one particular factor in all this: “The sea cucumber itself only makes sense,” she writes, “in textural terms.” She goes on to describe the importance of ‘mouthfeel’ in Chinese cuisine and the kaleidoscope of words for what English speakers can only call “rubbery” or “gelatinous”.

A matter of taste

As lighthearted as comparing tastes across cultures can be, there is more at stake than entertainment. Finding that what someone else consumes with abandon you cannot even bring to pass your lips can open a kind of void between you. “The difference between the realms of edible and palatable is perhaps most clearly seen in how we use them to evaluate other eaters,” writes food folklorist Lucy Long in her book Culinary Tourism. “The eater of not-edible is perceived as strange, perhaps dangerous, definitely not one of us, whereas the eater of the unpalatable is seen as having different tastes.”

Could more extreme taste tourism become possible in the future?

Perhaps that void can be bridged if we confront the fact that a lot of what we hold dear is not particularly natural. For instance, the current thinking is that bitter taste receptors evolved to warn us off bitter things, which can be poisonous. New babies have an immediate negative response to bitter tastes, a far cry from their response to sweet things. And yet, many people have learned to drink coffee every day, and dark chocolate's a favourite for gourmets.

Charles Zuker, a biologist who researches taste receptors at Columbia University, has said that he thinks that our current taste for bitter foods comes from a search for excitement and novelty – perhaps even danger. Paul Rozin, a psychologist who studies what he calls “benign masochism,” lumps bitterness in with hot peppers and watching movies that make you cry. All of these things fool your body into thinking it's in peril, but you get a special kick out of knowing consciously that no harm can come of it. 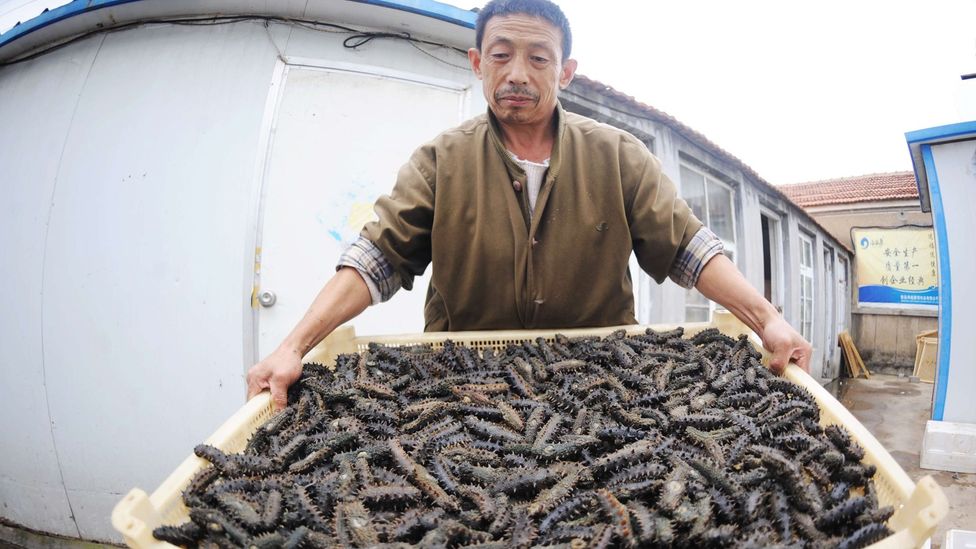 Sea cucumbers - to Asian diners, it's all about the mouthfeel (Credit: Getty Images)

Many tourists already sample foreign cuisines while they travel. But could more extreme taste tourism become possible in the future? Would you go on a tour where you intentionally ate things that seemed absurd at the get-go?

Maybe a Thrill-of-the-Month club model would have more success; if you ate one odd new thing for a few days every month, you might surprise yourself at what can become normal, and perhaps even tasty.

It might give you cause to reflect, as you watch someone else enjoying a meal you'd turn away, on the enormous plasticity of human taste and that the same species can gleefully eat stinky tofu and Vegemite and sea cucumber and even – horror for our Chinese friends – cheese.