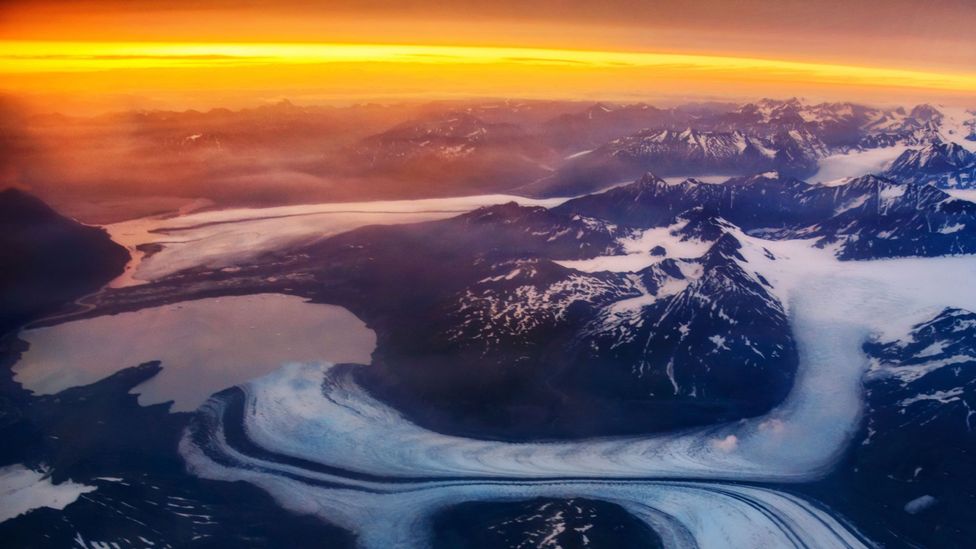 By Rachel Nuwer 8th February 2016
Humanity has changed the world so much that it’s hard to find anywhere that’s still untouched. Do we need a new way to define ‘pristine’?
T

The great 19th Century naturalist John Muir often lamented humanity’s widespread desecration of nature. “In the noblest forests of the world, the ground, once divinely beautiful, is desolate and repulsive, like a face ravaged by disease,” he wrote. “The same fate, sooner or later, is awaiting them all, unless awakening public opinion comes forward to stop it.”

Muir’s advocacy helped spur the US Congress into passing the National Park Bill in 1890. The patches of pristine places protected by that bill were meant to be set aside forever, providing generations to come access to nature.

Given the scope of humanity’s seven billion-plus members’ reach, it’s hard to imagine anywhere is untouched

Most scientists today would not claim that the majority of national parks around the world are pristine, however. Rangers and recreation-goers alike regularly crisscross those swaths of wilderness. Their ecological conditions are carefully managed and their animal populations are monitored and even adjusted. Indeed, a major reason national parks exist is “for the benefit and inspiration of all the people,” as one piece of US legislation put it – not to serve as virginal tracts safeguarded from humanity.

So do we need to redefine what we mean when we talk about ‘pristine’ places?

Alaska may be remote, but it is still affected by air pollution that envelopes the globe (Credit: Getty Images)

Given the scope of humanity’s seven billion-plus members’ reach, it’s hard to imagine that any spots of wilderness remain completely free from our influence. Climate change, for one, is already having global impacts. “We’re undoubtedly influencing the entire planet,” says Justin Adams, global managing director for lands at the Nature Conservancy. “So on one level there’s nowhere left on Earth that’s not touched by man.”

As this column explored in 2014, there are almost no unpolluted places left either. Air pollution blankets the planet, while debris plagues the deep sea to the Gobi Desert. It’s even difficult to find a spot that remains free from human noise for a mere 15 minutes. Our historic reach also seems quite profound; sophisticated tools like lidar – a remote sensing technology that uses lasers to examine the Earth’s surface – are revealing that even the seemingly remotest patches of tropical rainforest bear millennium-old human scars.

“There is increasing recognition that few places on the planet are actually pristine,” says Richard Hobbs, an ecologist at the University of Western Australia. “Most places are now impacted by human activities, even if this is only indirectly.”

If the definition of pristine is relaxed a bit, the outlook improves

However, if the definition of pristine is relaxed a bit to exclude our indirect, far-reaching influences as well as ancient historical baggage, the outlook improves. “You have to be somewhat pragmatic with this because if not, you’d come up with nothing and say that everything has already been destroyed,” says Lars Laestadius, a senior associate at the World Resource Institute’s Forests Program. “That’s not constructive.” 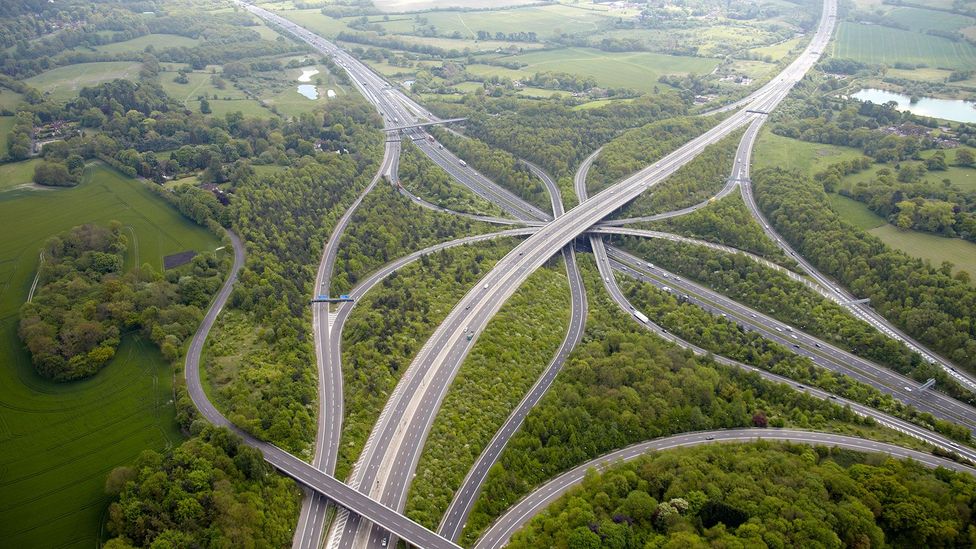 Few, if any, places remain untouched by humanity's footprint in some way (Credit: Getty Images)

Following this thinking, a researcher with a more liberal outlook might say that an old growth secondary forest – one that was once cut down but has since grown back – counts as pristine. “In Romania, for example, I’ve looked at old growth forests that local people say are pristine, and I’ve seen stumps,” Laestadius says. “But they don’t appear to have affected the dynamics of the forest at all, so I’m reluctant to eliminate a forest like that just because there’s been some logging.”

“Ultimately, whether a place is pristine really depends on who you ask,” adds Erle Ellis, a professor of geography and environmental systems at the University of Maryland, Baltimore County.

Given the ambiguity, most researchers are satisfied to settle on a definition of pristine that includes habitats free from obvious signs of human activity. Those places should also contain plant and animal species that experts would expect to be there in the absence of hunting, logging, habitat loss, invasive species and other human-driven threats. 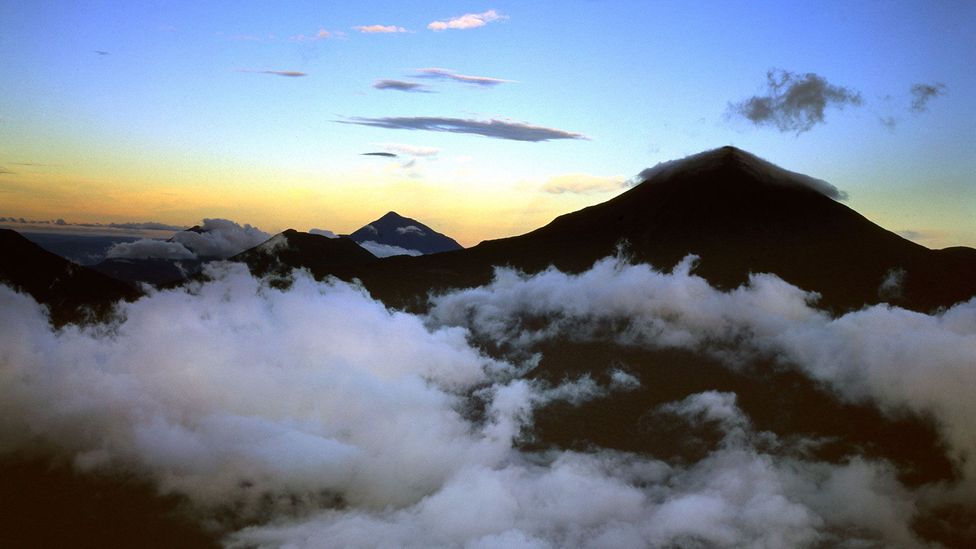 The Republic of Congo contains large tracts of 'hinterland forests', which are almost untouched (Credit: Alamy)

The most sure-fire way to evaluate if a given place meets those criteria is to visit it in person and conduct extensive ground surveys, but this takes a tremendous amount of time, effort and resources. So usually, especially for larger areas, an analysis conducted with remote sensing and GIS data has to do.

Alexandra Tyukavina, a geographer at the University of Maryland, and her colleagues recently undertook such studies. First, they used all available Landsat high-resolution satellite imagery from 2000 to 2014 to build a map of global forest loss and gain. From there, they narrowed their dataset down to tropical forests in South America, Africa and Southeast Asia that had not been disturbed for at least the past 12 years and that had no recent regrowth that would indicate disturbances over the past 20 to 30 years. (Fire-prone boreal forests and tundra must wait for a future study that distinguishes man-made from natural fires.) The old growth primary and secondary tropical forests that they were left with are no younger than 40 to 50 years old; are a minimum of 38 square miles; and are at least half a mile from the nearest disturbed or recently regrown area. 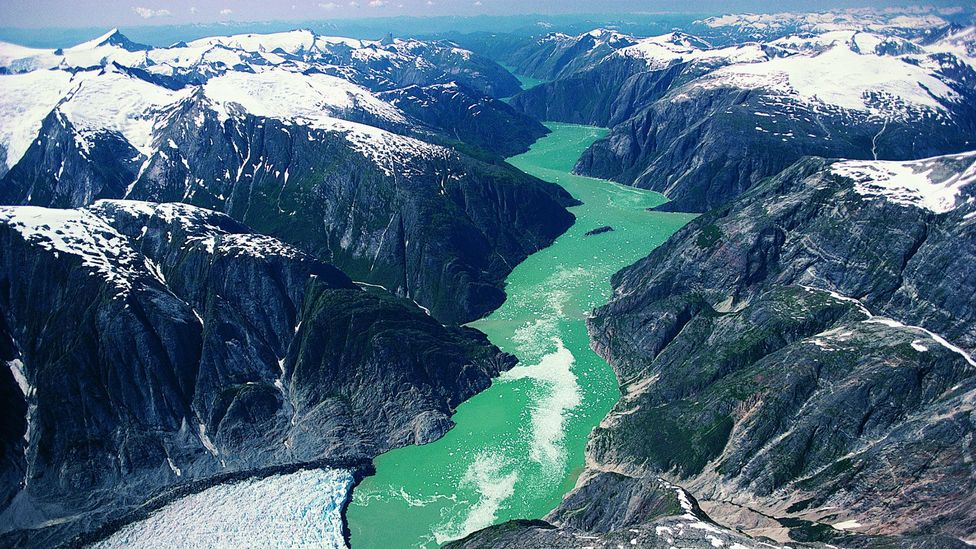 Parts of Alaska count as pristine, at least according to the more liberal definition used by some researchers (Credit: Getty Images)

The results indicated that the northeastern parts of South America, including Suriname, Guyana and French Guyana, hold the most untouched tropical forests in the world. “Almost 100% of forested areas there are still pristine, and rates of loss are pretty low,” Tyukavina says. Additionally, Peru, Venezuela, Colombia and Republic of Congo also all contain large shares of hinterland forests, as the researchers call them. Although all of these places may have some minimal disturbances – a tree cut here or there, an indigenous group using the understory for hunting – to Tyukavina they are an accurate representation of what pristine means today.

Additionally, Laestadius and his colleagues have conducted their own analysis using satellite data and have identified places in Canada, Alaska, Siberia, Borneo, Central Africa and the Amazon that count as pristine in their books. They rank a habitat as pristine (they use the word “intact”) if it shows no aerial indication of disturbance and has a minimum area of 123,500 acres.

Some pristine places are threatened with imminent annihilation

A few other places not included in the analyses may hold on to their pristineness simply because of their remoteness or inhospitality for human existence, Hobbs says. This likely extends to areas covered in ice – the tundra, the poles and the high mountains. Adams adds that parts of Australia’s Outback may also qualify, and expansive deserts are good candidates as well. 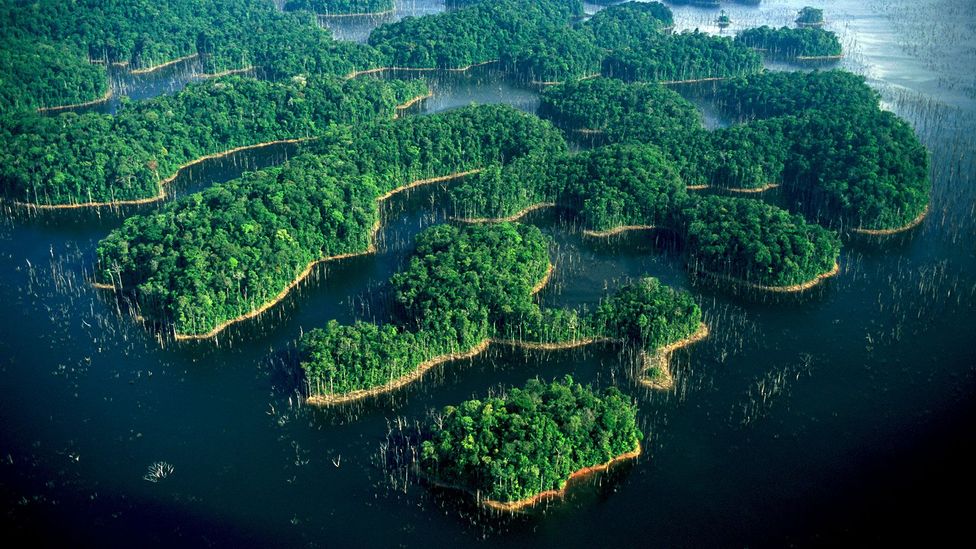 Guyana and French Guyana hold the most untouched tropical forests in the world (Credit: Getty Images)

As for the oceans, they are affected by the same atmospheric pollution and climate change that blankets the land, plus there’s the ever-present problem of garbage and microplastic. “The ocean is unified,” says Maria Damanaki, global managing director of oceans for the Nature Conservancy. “You cannot escape from what is happening on the planet as a whole.”

Untouched sea? No, there is nowhere like that on the planet – Maria Damanaki

Excluding pervasive global impacts, however, some of the world’s largest no-take zones – places where fishing is banned – are likely the most pristine marine spots left, especially the ones that occur furthest from the mainland. Included on that list are areas in the Pitcairn Islands Marine Reserve, Easter Island marine park, Palau National Marine Sanctuary and the Kermadec Ocean Sanctuary. Boats are allowed in those places and people inhabit nearby islands, however. “Untouched sea? No, there is nowhere like that on the planet,” Damanaki says.

No one can reliably forecast how much of the world’s remaining pristine habitats – by whatever definition – will continue to exist in the future. But Hobbs points out that to value pristine wilderness over all other nature would be a mistake. Non-pristine places like parks “are generally more accessible than so-called pristine areas, and hence are the ones that humans will interact with – and likely value – most,” he says. “They also make up the most of our planet now, and they still contain a huge and wonderful array of life.”