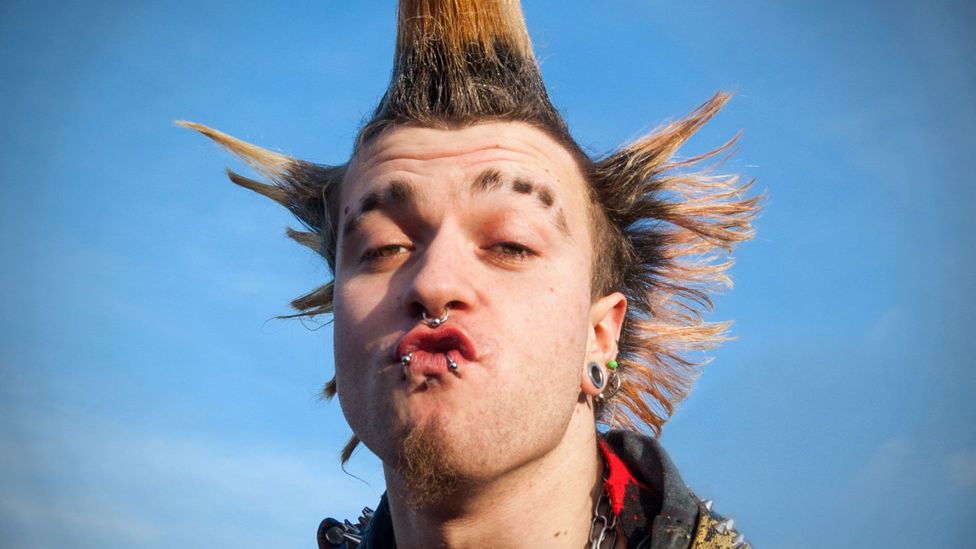 By Tiffanie Wen / Images by Olivia Howitt 3rd March 2016
Swearing is neither big nor clever, but could it have some hidden upsides?
W

Growing up with a sister nearly a decade older than me meant that from the time I was 10, I could swear like a sailor.

It turns out that I might have been a late starter. Research shows that children start swearing by age the age of six – or younger – and we tend to swear about 0.5 to 0.7%  of the time, which can amount to dozens of curse words a day, depending on how much you talk.

Swearing, the critics say, may make us appear ill-educated, rude and untrustworthy, as our mothers might have tried to drill into us. But it could have some surprising benefits, from making us more persuasive to helping relieve pain. 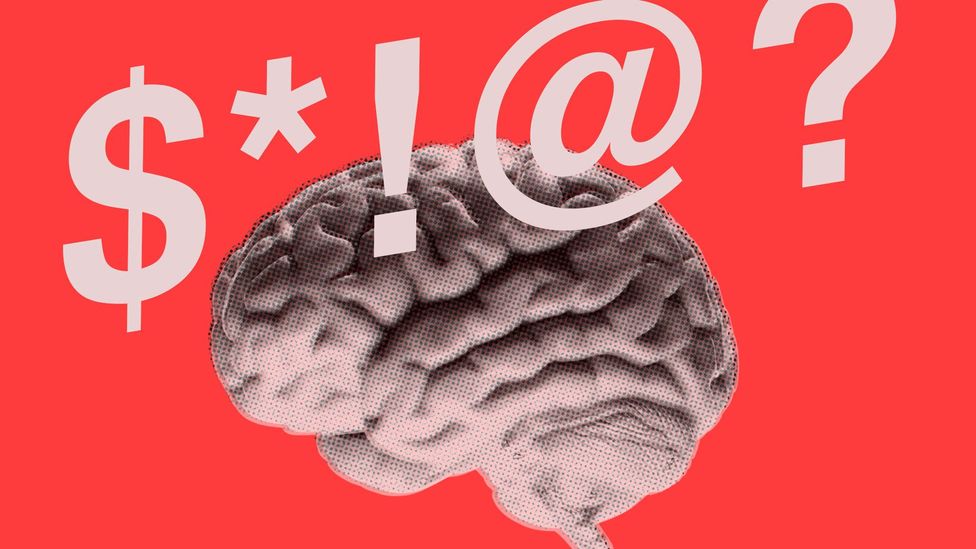 Our curses may not even use the same part of the brain the rest of our vocabulary inhabits. Swearing is handled by the brain differently than regular language, according to Richard Stephens, a psychologist and author of Black Sheep: The Hidden Benefits of Being Bad. While most language is located in the cortex and specific language areas in the left hemisphere of brain, swearing might be associated with a more rudimentary, older area of the brain.

“Aphasics usually have damage to the left hemisphere and often have difficulty with speech. But there are plenty of recorded cases in which aphasics can use stereotypical language more fluently – meaning they can sing songs or swear fluently,” Stephens says. “Research with people who suffer from Tourette’s syndrome, in which some have swearing tics, suggests that swearing is associated with a deeper lying brain structure – the basal ganglia.”

Tightly knit communities saw each other naked more often during a time when no one had much privacy. So the body was less charged with taboo – Melissa Mohr

Of course, the types of taboo words we use differ from culture to culture. In English, the terms “swear” and “curse” point to the religious origins of our taboo words. In the Middle Ages, the English took particular offense to religious oaths and the word “damn”, says Melissa Mohr, the author of a recent book on swearing.

Other words that described parts of the body, however, were not as offensive; for instance, a four-letter c-word considered very offensive today was in street names and surnames. “There’s evidence that people weren’t upset by it,” she says. “Tightly knit communities saw each other naked more often during a time when no one had much privacy. So the body was less charged with taboo.” 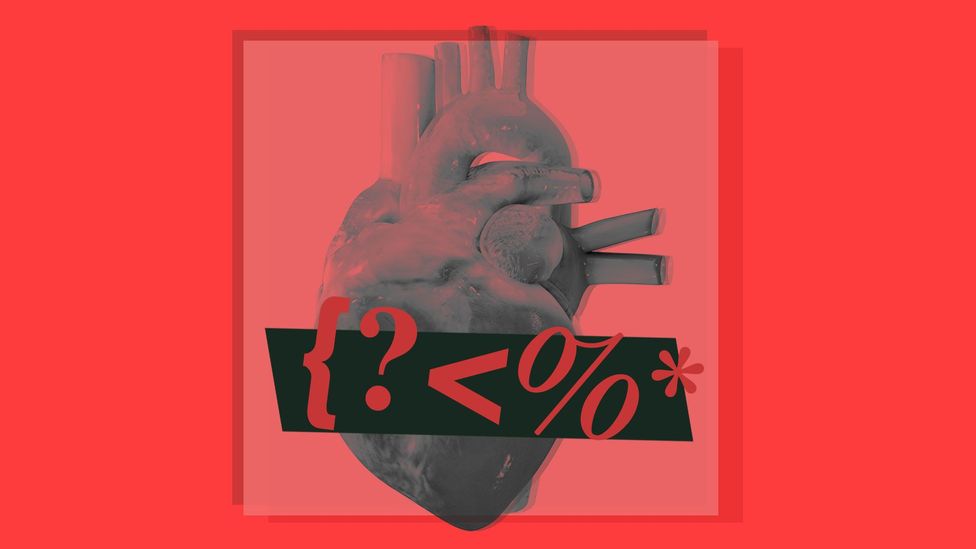 Swearing can increase the heart rate, according to researchers - which suggests an emotional response

That all changed during the Renaissance, she says, and the sexual terms gained more power. “So in places where the Protestant Revolution didn’t happen, the religious swear words are still more powerful,” she says. That means that in places like Spain and Italy, insulting religious figures – or even artefacts – can be very forceful.

In Asian cultures, many of the curses are tied up with social status, ancestors and saving face.

There are several hidden benefits of swearing

“There’s a myth that Japanese doesn’t contain swear words,” says Mohr. “Not only do you have words for nearly anything in terms of sex and excrement, but the Japanese have a lot of insults related to losing face. So calling someone a fool – baka – is much worse in Japanese than in English. There are many ways to insult in Japanese so in a way you don’t have to swear in the way we do [in English] as much to get your point across.”

In sign language, in which it takes more time to add to a sentence manually, short cuts like changing the location of a sign can add vulgarity to or alter the meaning of a word.

“For example the nose is a location for many signs about pejorative things, like 'ugly', 'boring', 'snob', 'piss',” says Donna Jo Napoli, a professor of linguistics at Swarthmore College. “So making a sign at the nose is a way to add nastiness to it.” In another example, tapping your chin with your thumb twice while holding your hand with the middle-finger out is a sign for an offensive phrase involving someone’s mother since a similar gesture, with all five fingers straight out is the sign for “mother”.

But recent research also shows there are several hidden benefits of swearing.

The most obvious advantage of swearing is to communicate effectively. By swearing, we not only communicate the meaning of a sentence, but also our emotional response to the meaning – our emotional reaction to something. It also allows us to express anger, disgust or pain, or indicate to someone that they need to back off, without having to resort to physical violence. 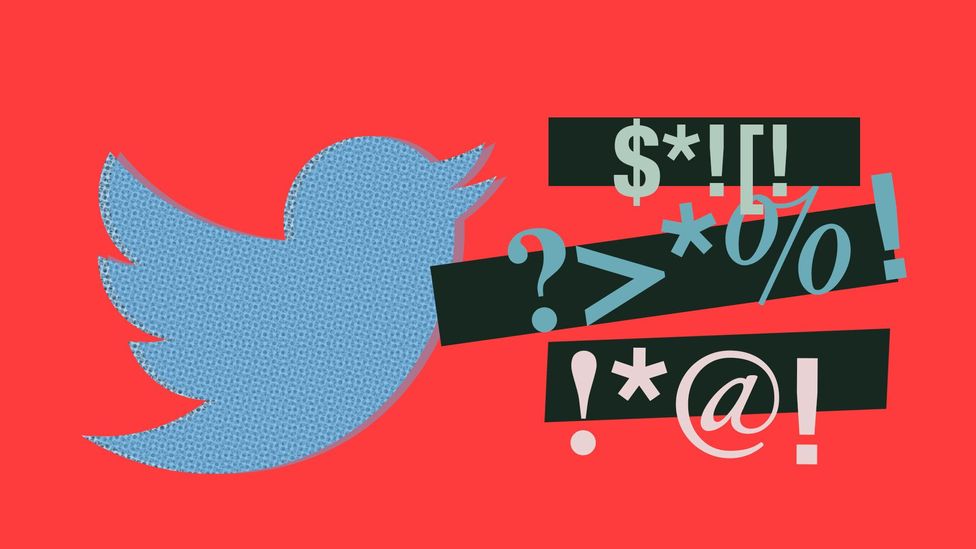 Studies have shown that swearing can increase the effectiveness and persuasiveness of a message, especially when it is seen as a positive surprise. It might even work with politicians.

A study published in 2014 found that when reading a blog post by a fictitious politician, the post with swear words increased the perceived informality of the language and improved peoples’ impressions of the source – though when asked outright, it didn’t change the likelihood of voting for the politician. The researchers also hypothesise that the findings are specific to the context of an internet blog post, which also makes sense, given the fact we tend to swear more often online. (In a recent exploratory study for example, Twitter users were found to swear about 1.15% of the time, or 64% higher than when we speak.)

In a series of studies, Stephens and his colleagues illustrated how swearing can increase tolerance to pain. Students who repeated a curse word were able to keep their hand in a bucket of ice water longer than those who uttered a neutral word.

“As well as the pain tolerance change, participants also showed an increase in heart rate. When you swear your heart rate goes up even more, which suggests an emotional response to the swearing itself,” Stephens said. “This response is the stress fight or flight response and it works as an analgesic.”

Research suggests the amount of potential benefit you get from swearing depends on how taboo the curse word is to you, which likely depends on how often you were punished for using them as a child. A study published in 2013 found that people who were punished for swearing more frequently as children had a higher skin conductance response (a measure of physiological arousal) when they read a list of swear words out loud in a lab as an adult.

Contrary to popular belief, swearing has been shown to be a form of politeness. A study in New Zealand for example examined the interactions and use of the term “fuck” by a team of workers at a soap factory. Researchers from Victoria University of Wellington found that while the workers regularly swore amongst themselves, they didn’t swear as much with colleagues from other teams. 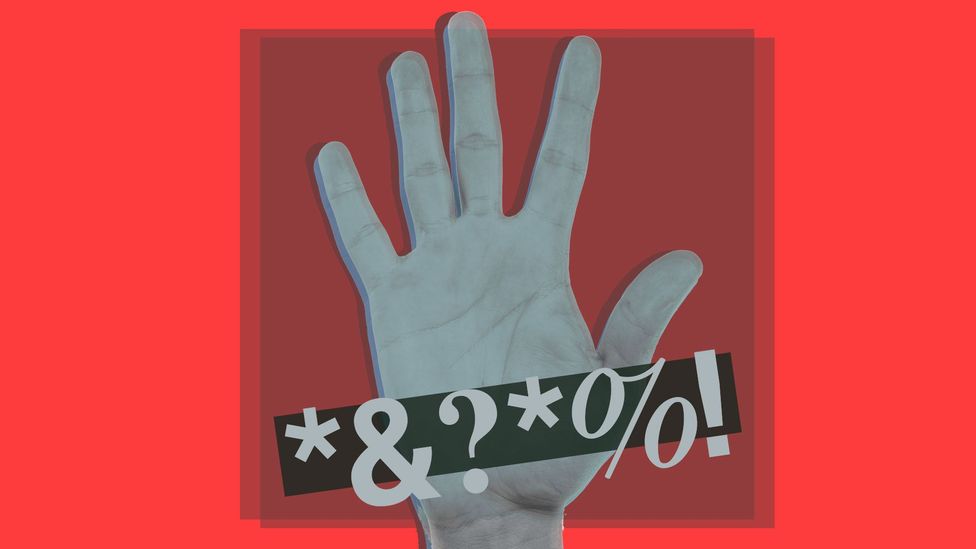 In one study, people who put their hands in ice water were able to stand the pain longer if they swore

They concluded that in this work context, the word “fuck” was associated with expressions of solidarity, and was used to bond members of the team, ease tensions and equalise members with different levels of power and responsibility, “as if they are saying ‘I know you so well I can be this rude to you.’”

There are clearly times when swearing is beneficial, but what does swearing say about the speaker?

Many of us probably know from experience why we tend to hold our tongues in front of our bosses and our grandmothers – swearing can make you look bad. More specifically, swearers have been rated as less competent and less credible in research from the 1970s. Of the Big Five personality traits, taboo fluency is positively correlated with neuroticism and openness/extroversion and negatively correlated with agreeableness and conscientiousness.

Happily for some though, that’s not the full story.

Recent research has also largely debunked the assumption that swearing is necessarily a function of low class or lack of education and language fluency. Timothy Jay and his colleagues found that the tendency to swear correlated with verbal fluency more generally, and was not a result of having a deficient vocabulary. And as Stephens discusses in Black Sheep, research from the University of Lancaster published in 2004 shows that though swearing reduces with increasing social class, the upper middle class swears significantly more than the lower middle class, suggesting that at some point on the social ladder, people don’t care about the effects. 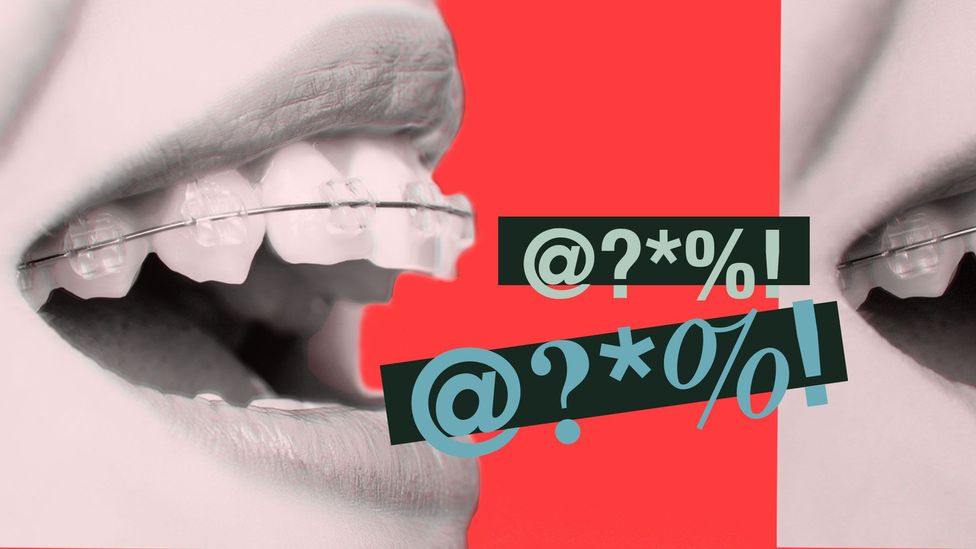 “When everyone is on his or her best behaviour, you can get these odd social occasions where everyone’s trying to be polite, no one’s speaking and nothing’s happening,” he said. “If you think the situation calls for chummy swearing you might get the social situation moving a bit even if it’s unintended.”

And there may even be a deeper lesson for us…

“Taboo words are universal,” says Mohr. “Swearing... fulfills a need we all have as humans.” Remember that next time you hit your thumb with a hammer.

Olivia Howitt is BBC Future’s picture editor. She is @oliviahowitt on Twitter.

Best of 2015
1How to learn 30 languages
In Depth
2Will emoji take over English?
In Depth
3The secret languages of the underworld
Uniquely Human
4Is language unique to humans?
Around the BBC