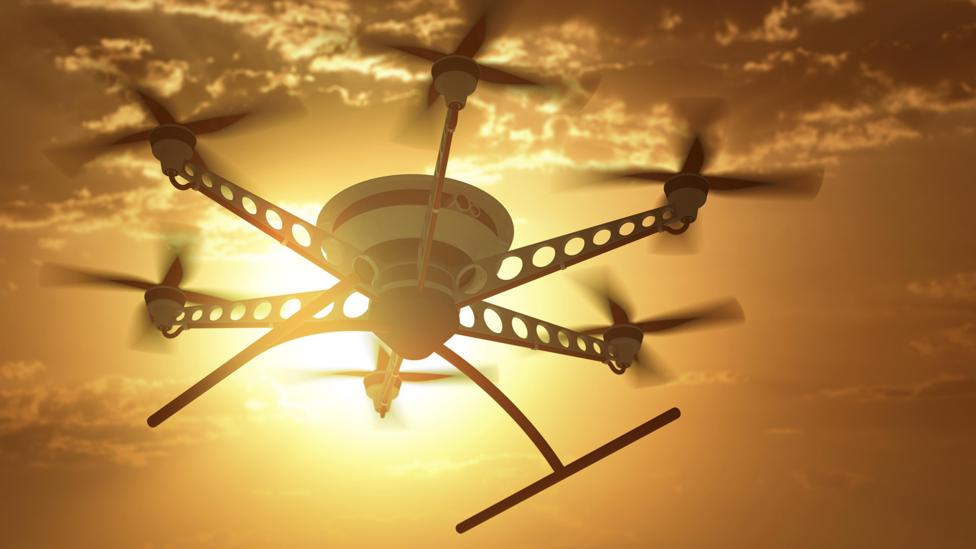 By Nick Pope 22nd March 2016
Nick Pope investigated UFOs for a now-defunct British Ministry of Defence division. He argues it’s time for the programme to re-launch – for reasons that have nothing to do with small green men.
I

In 1950, Sir Henry Tizard, the Chief Scientific Adviser in the Ministry of Defence (MOD), became intrigued by newspaper stories about UFO sightings. Sir Henry told MOD officials that the subject shouldn’t be dismissed without first undertaking a proper scientific study. A small committee was set up at his urging. Its name: the Flying Saucer Working Party.

The committee reported in June 1951, concluding that UFO sightings could be explained as misidentifications, hoaxes or delusions. The recommendation was that no further government resources be used to investigate.

But the very next year, Royal Air Force (RAF) pilots and other military personnel witnessed UFOs during a NATO exercise. These UFOs appeared to be capable of extraordinary speeds and manoeuvres; some were tracked on military radar. By 1953, the MOD decided all UFO reports should be investigated.

Not, however, out of concern about little green men.

I worked for the MOD for 21 years. From 1991 to 1994, I was posted to a division where my duties included undertaking these investigations. It was a fascinating job, to say the least.

A UFO, it’s worth remembering, refers to any unidentified flying object – not necessarily an extraterrestrial one. While the MOD investigations were aimed at determining whether there was evidence of any threat, we were thinking more about Russians than Martians. The theory was that some sightings might involve Soviet spy planes or bombers probing our air defences to try to evaluate the effectiveness of our radar systems, aircraft and pilots. The British government’s position was virtually identical to that of the US, where UFO sightings had been investigated by the United States Air Force (USAF) since 1947, in what later became known as Project Blue Book. 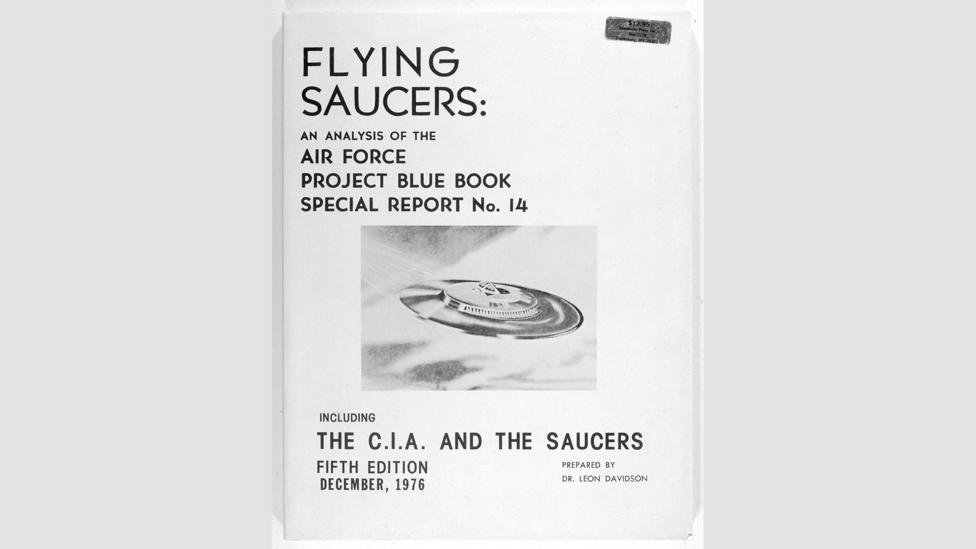 The Air Force’s Project Blue Book Special Report No. 14 remains the primary source of the Air Force’s findings related to UFOs in the US (Credit: Mary Evans Picture Library/Alamy)

What it meant in practice to work on these real-life X-Files varied. One moment I might be drawing up “lines to take” for the MOD press office to use in response to a query from a journalist. The next I might be sending a child some information for a school project or plotting out UFO sightings on a map, looking for patterns. We would drop everything if a Member of Parliament asked about the subject – extensively briefing defence ministers so that they could respond in a polite, factual, but dismissive way.

It was less Men in Black and more Men in Grey

The day-to-day business revolved around investigating the newly-reported sightings: interviewing witnesses, checking radar tapes, and analysing photos and videos if we were lucky enough to get them – these were the days before everyone carried a mobile phone. It wasn’t quite as glamorous as sci-fi movies imply: it was less Men in Black and more Men in Grey.

We looked for conventional explanations for sightings, trying to correlate them with weather balloon launches, meteor showers, rocket re-entries and a whole host of other things that people misidentify as UFOs.

Although the MOD did not want to be perceived as hunting for extraterrestrials, that’s exactly what happened, thanks to pop culture.

Over the years, books, movies and other media rendered the term “UFO” synonymous with “extraterrestrial spaceship”. Many people believed that governments were covering up the truth about UFOs. This, coupled with the fact that the MOD is an inherently secretive organisation, led people to think that we were involved in a sinister conspiracy.

While the MOD certainly downplayed the true extent of its interest and involvement in the subject, I’m afraid we don’t have any crashed UFOs hidden away somewhere.

Of around 12,000 sightings that the programme investigated, approximately 5% remained unexplained

That’s not to say that we didn’t have some fascinating cases in our files. Of around 12,000 sightings that the programme investigated, approximately 5% remained unexplained. We were particularly interested when UFOs were seen by police officers, military personnel and pilots, especially if there was some corroboration in terms of radar evidence, or films and photos that could be analysed by our technical staff.

The UK’s best-known UFO sightings took place over a three-day period in December 1980 and are collectively known as the Rendlesham Forest incident. A UFO was seen near to the Bentwaters and Woodbridge airbases, and at one point landed in the nearby forest. The MOD concluded that radiation levels at the landing site seemed “significantly higher than the average background”. Separate MOD and USAF investigations (Bentwaters and Woodbridge were US bases) proved inconclusive. 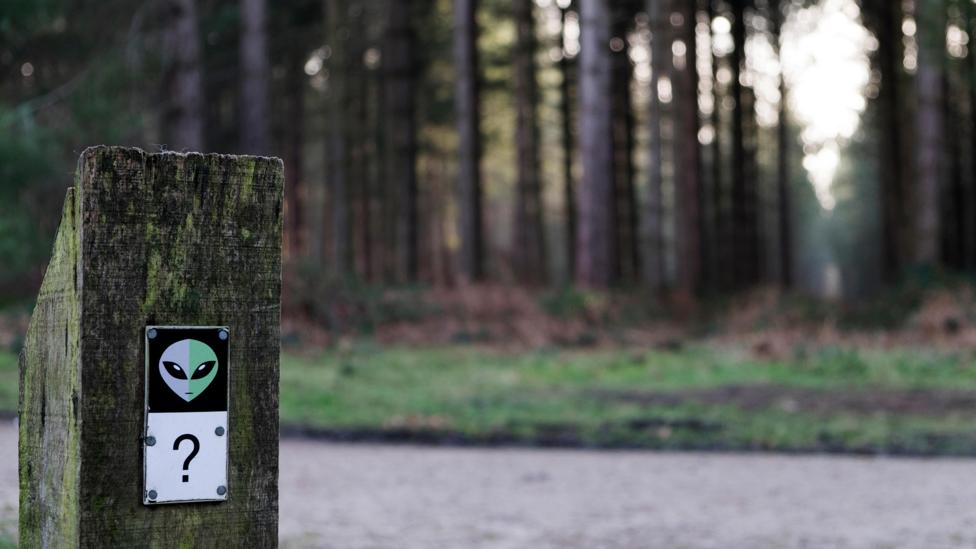 Another fascinating case, usually called the Cosford Incident, took place on 30 and 31 March 1993. Multiple sightings came in from around the UK over a period of six hours overnight; witnesses included military police at one airbase and the meteorological officer at a second. The latter described seeing a vast triangular-shaped craft flying slowly over the base, making a low-frequency humming sound, before suddenly accelerating away, many times faster than a military jet.

The meteorological officer described seeing a vast triangular-shaped craft flying slowly over the base before suddenly accelerating away, many times faster than a military jet

Despite these (and other) unexplained cases, we remained sceptical about extraterrestrials.

An alternative theory was set out in a highly-classified intelligence assessment codenamed Project Condign. Condign was the one area where conspiracy theorists were right – though not for the reasons they believed. The UK government – and other governments too, I suspect – were indeed hiding information on UFOs, but not about aliens. "No evidence exists to suggest that the phenomena seen are hostile or under any type of control, other than that of natural physical forces,” said the report, which was completed in 2000 and made public in 2006.

Rather, we might be dealing with exotic atmospheric phenomena – and MOD scientific and technical intelligence personnel believed that, if harnessed, these might be able to be militarised. As the Executive Summary of Project Condign’s final report says: “It is recommended that further investigation should be [made] into the applicability of various characteristics of plasmas in novel military applications.”

This is the ultimate dirty secret about UFOs, since a natural phenomenon that could be weaponised would be hugely attractive to the military of any nation.

In 2009, after nearly 60 years of official research and investigation, the MOD axed its UFO project in a wider series of defence cuts. No public announcement was made. Instead, the news was slipped out by altering a statement on the MOD website that had told people how to report UFO sightings. 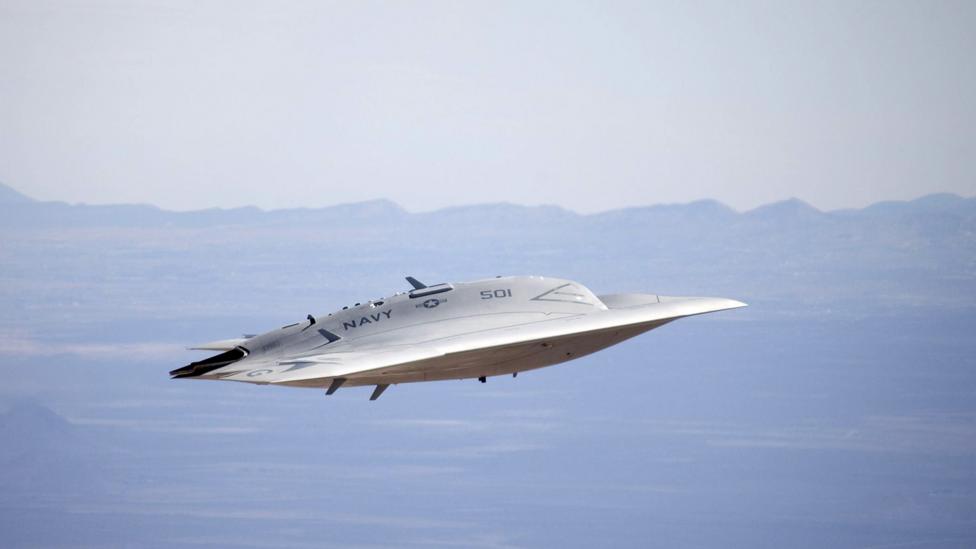 Some of today’s aircraft are easily mistaken for unusual objects, like this X-47B unmanned aerial drone at Edwards Air Force Base, California (Credit: US Air Force Photo/Alamy)

The new wording stated: “The MOD has no opinion on the existence or otherwise of extraterrestrial life. However, in over fifty years, no UFO report has revealed any evidence of a potential threat to the United Kingdom.”

The statement went on to say that UFO research was now considered “an inappropriate use of defence resources”, and that from 1 December 2009 investigations would cease. The MOD would no longer even reply to people reporting UFOs.

A new season for the X-Files?

With no official point of contact, some UFO witnesses now go to the media, others reach out to civilian groups such as the British UFO Research Association – but many won’t report their sightings at all. Whether they favour astronomical, meteorological or psychological explanations for people’s sightings and experiences, any scientists or academics who want to study the subject find that the lack of a central database makes such an endeavour difficult, if not impossible.

Drones can be used in espionage, while some security analysts have expressed concerns that terrorists could use them to carry explosives

Academic study aside, the ubiquity of drones is a timely reminder that we ought to be aware of everything in our airspace. Drones can be used in espionage, while some security analysts have expressed concerns that terrorists could use them to carry explosives, or slam them into passenger aircraft.

More generally, whether we’re believers or sceptics about alien visitation, we should be curious about a mystery that has endured for nearly 70 years. Our desire to seek knowledge for knowledge’s sake makes us human. What fascinating incidents are currently getting only a cursory glance from amateur hobbyists, or not being reported at all? 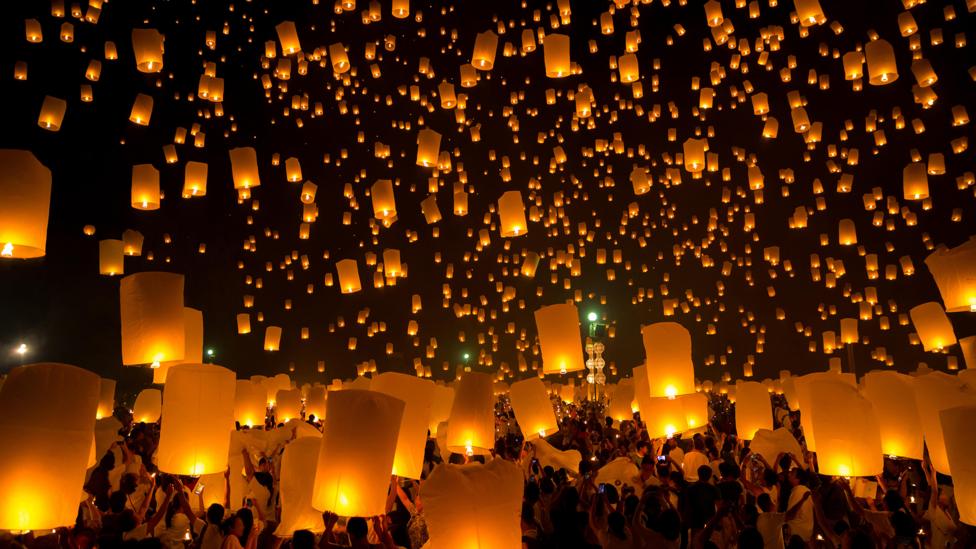 A new UFO project could be more focused than the previous one and might filter cases rather than investigating everything – quickly weeding out, for example, the hundreds of Chinese lantern sightings that bedeviled the MOD in the final years of the old UFO project. In parallel with investigating the best new reports, classic cases such as Rendlesham Forest and Cosford could be reinvestigated, in the same way the police undertake cold case reviews. It should be possible to do all this from within existing resources because the MOD already has all the capabilities needed to investigate UFOs, whether military radar systems or imagery analysis expertise.

There is huge public interest in this. When the UK got its Freedom of Information Act, the MOD received more requests about UFOs than any other subject. Prompted by this interest, an ongoing project to declassify the MOD’s UFO files has resulted in the release of nearly 60,000 pages of documentation, including sighting reports from the public and formerly-classified MOD papers. Each time a batch of UFO files is released, it makes headline news around the world. The final batch of files will be made public this year.

Without a place people can go to when they observe something strange, we can’t be fully apprised of what’s going on in our airspace. And, after all, even if we are alone in the Universe, we’re not alone on Earth.