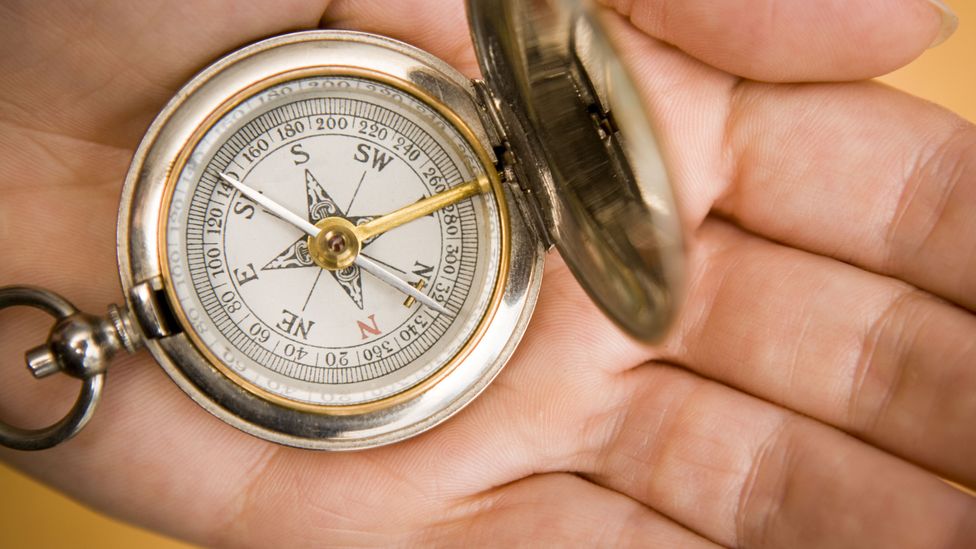 By Jason G Goldman 8th April 2016
Animals are known to be able to navigate by taking advantage of the Earth’s magnetic fields. But do humans possess the same ability? And do we do so without even knowing?
I

In 2006, an Arizona body-hacker named Steve Haworth sliced open Quinn Norton's ring finger, slipped a small rare-earth magnet into the incision, and then sewed her up.

"If I pick up a cord or I ran my hand over my laptop, certain parts of it would just make my finger tingle," she said in an interview with NPR's All Things Considered (she originally wrote about it for Wired.)

"I'd reach over towards something and I'd have this very sudden tingling in my finger from a live phone cord. Phone cords aren't particularly high voltage but they're also not very shielded. So I could really feel them," she said. 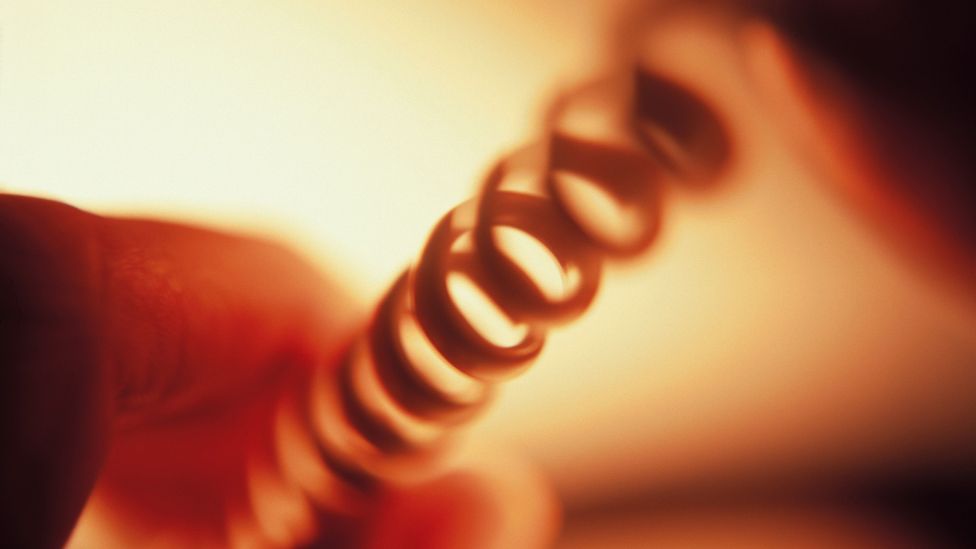 Even something as low voltage as a phone cord gave Quinn Norton a tingle (Credit: Alamy)

Norton's purpose wasn't to invoke some superheroic ability to move objects like Magneto from Marvel's X-Men comics. The idea was that the implanted magnet might allow her to detect the presence of magnetic fields.

Here's how it works: our fingertips are packed to the brim with sensory receptors, the nerve endings that inform your brain about whatever it is you're touching. When exposed to a magnetic field, that implanted magnet might move or vibrate just enough to activate those nerve endings.

We're all of course continuously bathed in a swirling soup of magnetic fields: from the Earth, the Sun, our refrigerators, light bulbs, smartphones and television remotes. Because electricity and magnetism are inextricably linked, anything that produces an electrical current also creates a magnetic field, and vice versa.

The sort of bodyhacking that Haworth and Norton involved themselves with a decade ago was not meant to pick up on all those magnetic fields. As Norton explained in the radio interview, she usually had to make physical contact with an object to detect the magnetic fields radiating from it.

Animals don't have to try so hard. Scientists have known since the late 1960s that some birds navigate by taking advantage of the Earth's magnetic fields. For them, it's thanks to biology and evolution, rather than minor surgery. Robins, for example, have molecules in their eyes called cryptochrome which, when stimulated by magnetic fields, can overlay magnetic information onto the birds' perception of the world by making some parts of its visual field brighter and other parts darker.

They're not the only ones. Pigeons have neurons that are sensitive to magnetic fields, and loggerhead sea turtles use magnetic fields to migrate. Foxes seem able to rely on the small magnetic fields that betray the presence of hidden prey. Dogs apparently prefer to do their business with their bodies aligned on a north-south axis, and zoologists can't quite agree on whether or not herds of cows and deer prefer to orient themselves along the Earth's magnetic field lines. 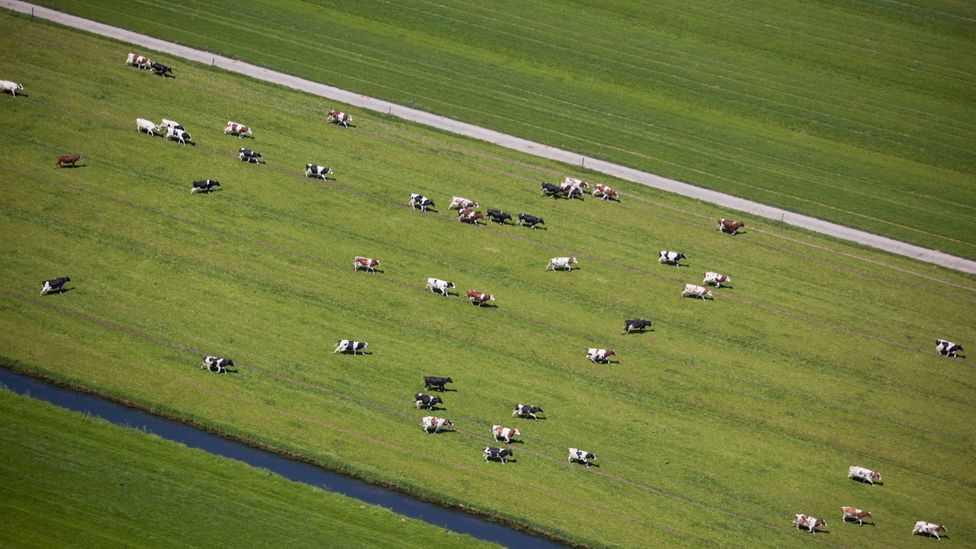 Do these cows sense something we don't? (Credit: Alamy)

Given how broadly distributed magnetoreception (the ability to perceive magnetic fields) is throughout the animal kingdom, it’s reasonable to ask whether humans possess any such skills. Surely we'd know if refrigerator magnets stuck to our skin, but it's at least possible that magnetic fields influence us in subtler ways, perhaps even outside of our conscious awareness.

In 1980, a British zoologist named Robin Baker published what would come to be known as the Manchester Experiments. "A wide range of animals are able to orient toward home when subjected to displacement-release experiments," he wrote in the journal Science. "When comparable experiments are performed on blindfolded humans, a similar ability emerges." He was confident that this ability could not have been due to the creation of a mental map or anything else. Homo sapiens, he thought, had the ability to perceive Earth's magnetic fields.

While the Manchester Experiments didn't conclusively prove that humans could sense magnetic fields, they were certainly provocative

He loaded up minivans with groups of between five and 11 students from Manchester University. Once in the van, all were blindfolded and driven along a "tortuous route" to a release point somewhere between six and 52 kilometres away. Each student was led out of the van and before they were allowed to remove their blindfolds, they had to indicate the direction of the campus from their current location by saying something like "north" or "southeast." Baker repeated this 10 times with 10 different groups of students, and on average they were indeed more likely to accurately point towards their starting point, or close enough at least, than in the opposite direction.

Then, apparently for the benefit of a TV film crew, he repeated the experiment. Only this time, half of the participants had a magnet strapped to the backs of their heads. The other half was instead given a piece of non-magnetic brass, though everyone was told they were being given magnets in an effort to avoid biasing the results. Those wearing the brass bars tended to accurately indicate the direction home, replicating the first experiment, while those wearing magnets did not, suggesting that the ability could be easily disrupted. 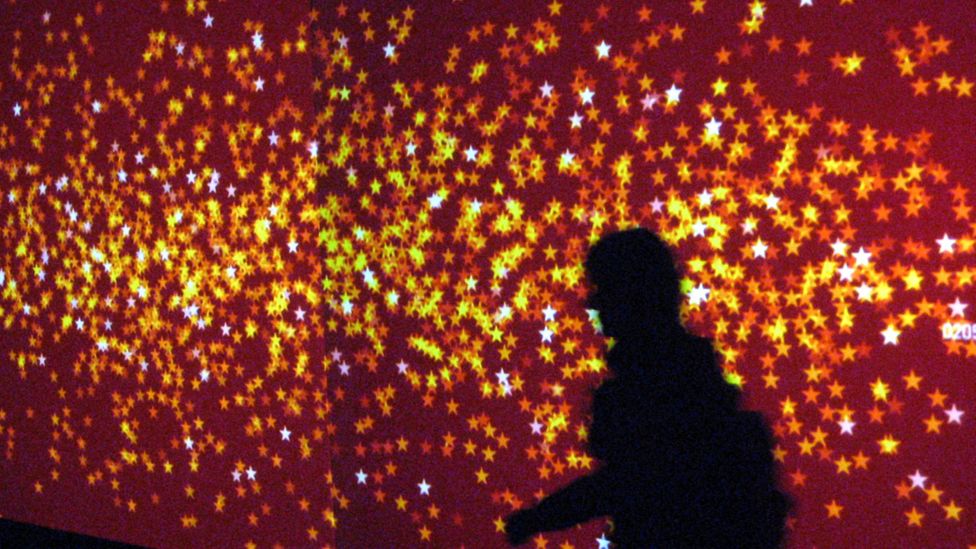 Samples of magnetite in our brains and of cryptochrome in our eyes are given as evidence that we might be able to sense magnetic fields (Credit: Josh Clark/Flickr/ CC BY SA)

While the Manchester Experiments didn't conclusively prove that humans could sense magnetic fields, they were certainly provocative, and they set off dozens of replication attempts around the globe. But the initial findings may have been too good to be true.

Biologists James L Gould and Kenneth P Able, for example, found that they were unable, in eight different attempts, to replicate the effect. "We believe that our consistent failures indicate that the phenomenon is neither as simple nor as robust as we had been inclined to hope," they wrote in Science. That's even after they invited Baker to New Jersey to assist in the administration of the experiments. But in a 1987 metanalysis, Baker claimed that when all the replication attempts conducted in the UK, USA, and Australia were combined into a larger dataset, his original findings indeed held up.

Even now, the Manchester Experiments remain controversial, but discoveries of a mineral called magnetite in our brains and bones and of cryptochrome in our eyes have continued to push researchers to search for evidence that we're able, somehow, to sense magnetic fields. It's safe to say at least that if we do have that ability, however slight, it's not been easy to prove. For now, the best way to demonstrate the ability might just be to surgically implant magnets into your fingertips... which is probably best avoided.