Now that the idea of space tourism has become more established, it’s worth rating what you actually get for your money. BBC Future compares the current players.

Bored of beaches, cruises, ancient cities and great works of art? Does the thought of another week in a high-end spa, on a private island or luxury yacht fill you with world-weary ennui?

Then a trip to space is for you. After a number of delays and setbacks, several companies are edging closer to offering voyages into space. All you need is money (lots and lots of money), a healthy approach to risk and a little patience.

But which space tourism provider to choose? In the absence of a cosmic version of Tripadvisor, we  rated the various options, according to cost,  ‘wow factor’ and more.

So, with your will up to date and waiver form signed, here are the options for becoming a 21st Century spacefarer:

What they say: Only 553 people have been to space. Virgin Galactic is opening space to the rest of us.

Mission: Taking off slung beneath a twin-hulled carrier aircraft, Virgin’s SpaceShipTwo will carry six passengers and two pilots. Once the aircraft reaches around 50,000ft (15 kilometres), your spacecraft will be released to rocket through the atmosphere more than 62 miles (100 kilometres) into space. 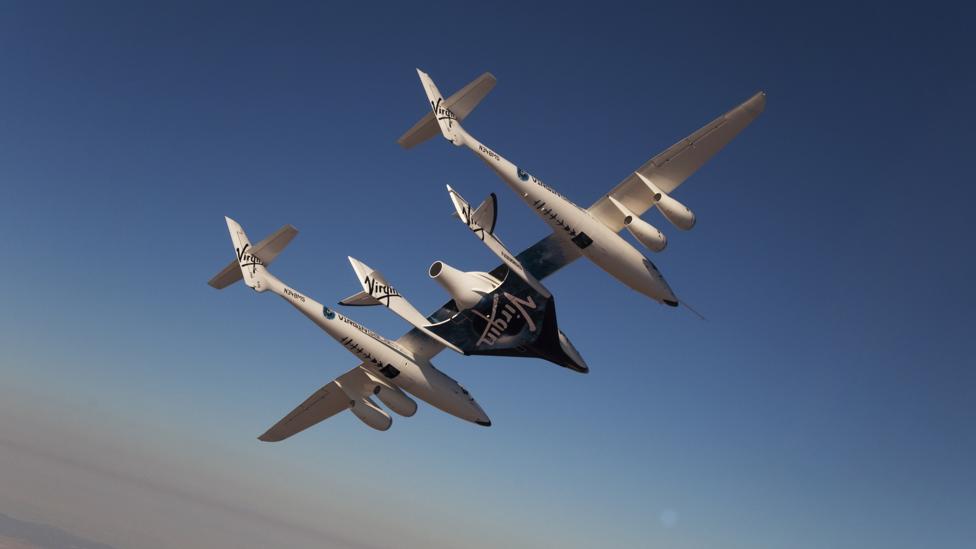 After being released from the carrier vehicle, SpaceShipTwo will soar into space (Credit: Virgin Galactic)

After the engine cuts off, the spaceplane will drift on a parabolic trajectory, allowing you five-to-six minutes of weightlessness. You will be able to float around the cabin and look out through large windows to the Earth below. Then it’s back in your seat for the ride home and a runway landing.

Reality check: Virgin’s spaceplane is based on SpaceShipOne. In 2004 this innovative design, built by Scaled Composites, won the $10m Ansari X Prize for repeated flights in a privately developed reusable spacecraft. Virgin Galactic started taking its first bookings shortly afterwards and the first tourist trips have been promised (and reported by eager space reporters) almost every year since 2008.

In October 2014, during a test flight, SpaceShipTwo broke up over the Mojave Desert after the 'feather system' – which helps slow the spaceplane down on its descent – malfunctioned. One of the pilots was killed. The subsequent enquiry by the US National Transportation Safety Board described the cause as: “Scaled Composite’s failure to consider and protect against human error and the co-pilot’s premature unlocking of the spaceship’s feather system.”

Virgin has since unveiled a replacement rocket ship but is reticent about giving a date for the first commercial flight.

Verdict: It has been a long time coming but Virgin CEO Richard Branson seems determined to make his dream a reality. There is a lengthy waiting list.

What they say: A life-changing experience

Mission: Strapped in next to the pilot in Xcor’s tiny Lynx spaceplane, this will be a thrill-ride from start to finish. Lynx takes off from a runway, climbing rapidly to reach three times the speed of sound. At around 36 miles (58 kilometres) above the Earth, the pilot shuts off the engines and you drift onwards into space. 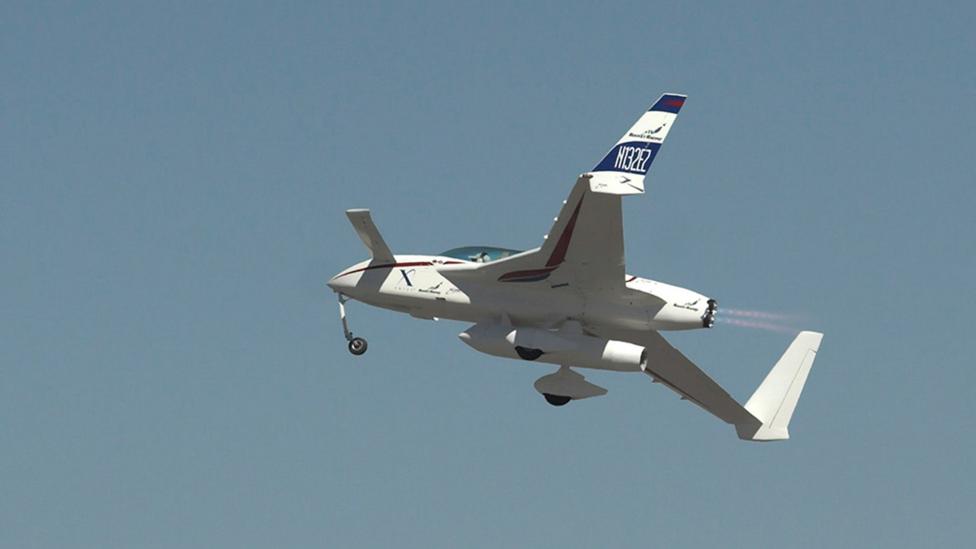 The spaceplane will go through years of testing before it carries out its first paying flight (Credit: Xcor)

After a few minutes of weightlessness, the plane re-enters the atmosphere. As it descends in a series of tight circles, you will experience some 4Gs of acceleration before slowing to a runway landing.

Although there is no floating about in a spacious cabin – you will be sat at the pointy end with the driver.

Reality check: Xcor does not have the resources of Virgin and has yet to fly. The Lynx spaceplane is being constructed in the much smaller (wooden) hangar next door to Virgin’s at the Mojave Air and Space Port.

Nevertheless, Xcor has made steady progress over the last five years to develop the technology to make its rocket-plane a reality. Innovations include engines that can be ignited and shut down at any time during flight, a lightweight fuselage and fast turnaround times. 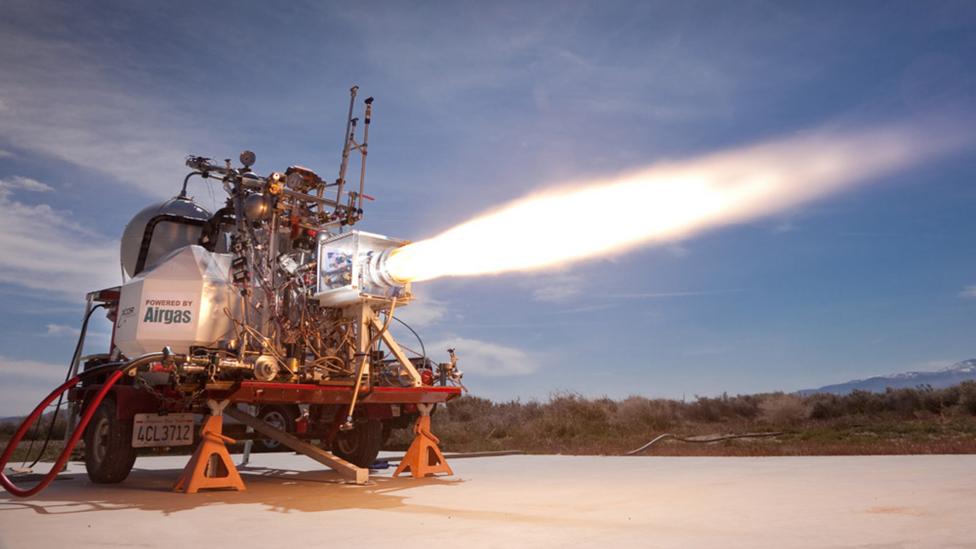 The Xcor will be powered by a rocket motor to reach stratospheric height before gliding back down to Earth (Credit: Xcor)

Over the coming months – and probably years – the spaceplane will be completed, tested and put through its paces. Only then will we know whether the clever design lives up to expectations.

Verdict: SpaceShipTwo turned up to 11.

What they say: Earth, in all its beauty, is just our starting place. We are of “blue origin”, and here is where it begins.

Mission: Meaningless corporate mission statement aside, this is a proper capsule on the top of a real rocket.

On the day of the launch you will be strapped into the spacious crew capsule alongside five other passengers. With the whole flight controlled from the ground, there may not even be a pilot. 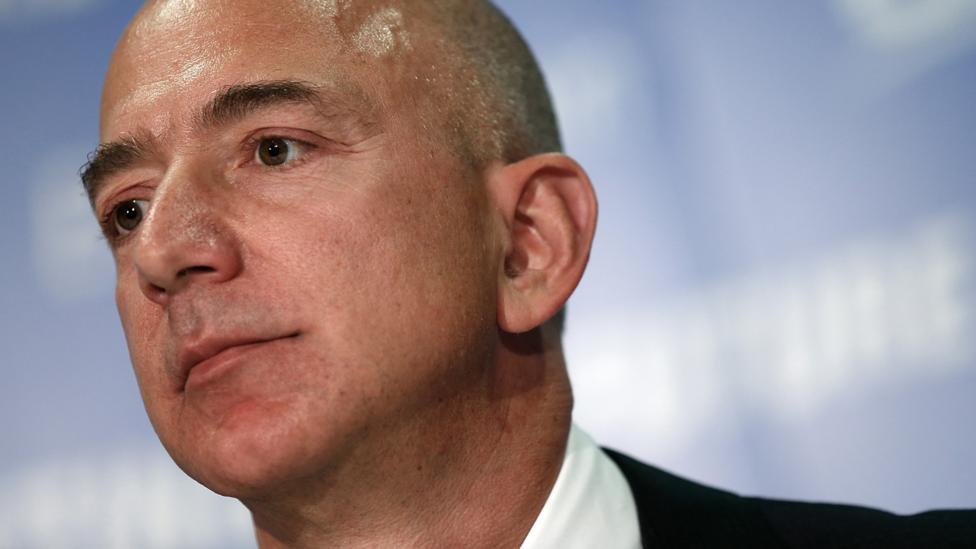 Blasting off from the launch pad, you will be accelerated through the atmosphere at some three times the speed of sound until you are more than 62 miles (100 kilometres) above the Earth. After the booster drops away, your capsule will be released into a parabolic trajectory.

Free to float around the spacious cabin, you can gaze through the giant windows (more than one metre high) at the Earth below. Too soon ground control will instruct you back into your seats for a rapid 5G descent to Earth, your capsule floating to the ground on parachutes.

Reality check: Blue Origin was set up by Amazon founder Jeff Bezos. Unlike Virgin Galactic or Xcor, the company has been conducting most of its development in secret. What we have seen in public, however, are some spectacular successes.

The company recently completed its third unmanned test of the New Shepard system. Named after the first American in space, Alan Shepard, this was the third flight using the same recycled rocket. After releasing the capsule, the booster dropped back towards the Earth. With its engine reignited and legs deployed, it made a perfect vertical touchdown. As the company says: “Launch. Land. Repeat.”

There is, however, a long way to go before the system is checked out and approved for passengers. Nor do we know how much a flight is going to cost, although there is an option to book the entire capsule, so you could take the family with you…

What they say: Taking innovation to new heights

Mission: You know those weather balloon flights where they send up cameras, cuddly toys or Lego figures to the edge of space? World View is like that but with you attached to the balloon instead. 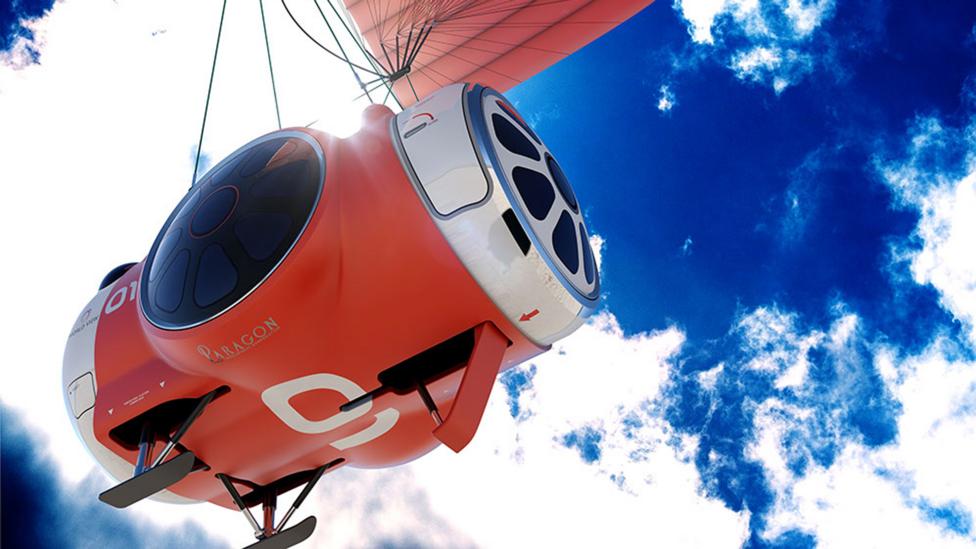 The World View capsule will allow passengers to spend two hours looking at Earth from 30 kilometres up (Credit: World View)

Sat in a comfortable and spacious capsule with five fellow “Voyagers” and two crew, a giant balloon – which inflates to around the size of a football stadium – will carry you some 100,000ft (30 kilometres) into the upper atmosphere.

Surrounded by viewports, you will be able to spend two hours looking down on the Earth as you float above the planet. There is even internet access on board, so you can update your Facebook status. Won’t your friends just love that.

Eventually, you will descend to the ground on a steerable parawing to a – relatively – soft landing. There is a backup parachute in case anything goes wrong.

Reality check: World View already has a track record flying science experiments to the edge of space. The fundamental technology of high-altitude balloons is proven and without any rockets involved, this should be an appealing option for those who want a more leisurely experience than a high-G thrill ride. 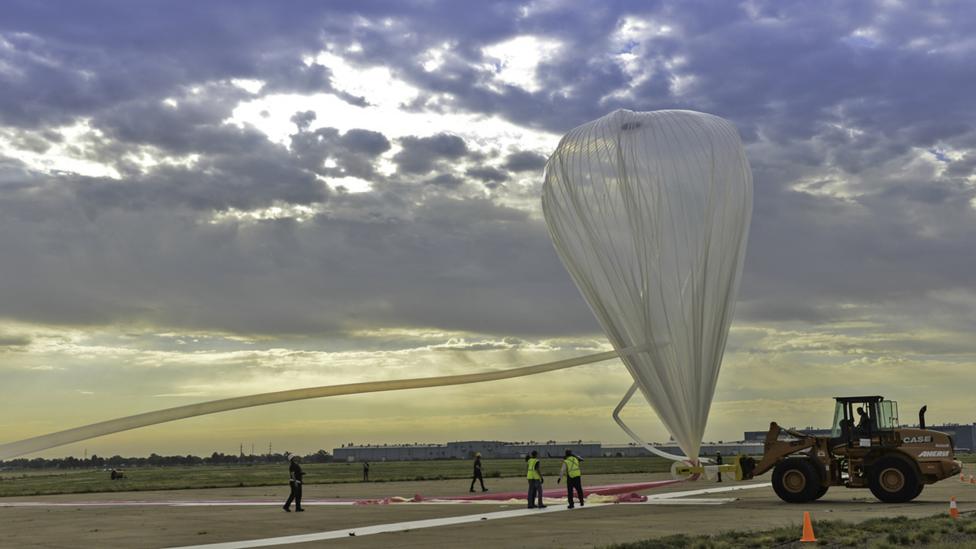 The balloons will provide an incredible view of our planet - but they won't involve a thrilling, white-knuckle take-off (Credit: World View)

If you are keen to win your astronaut wings, however, the sticking point will be the height you travel to. We can argue about where space starts, but 100 kilometres (62 miles) marks an officially accepted boundary (and this is certainly the goal of the other space tourism companies). Your view of the Earth will be incredible but you will not experience weightlessness. Can you therefore truly call yourself a spacefarer?

Verdict: The best view of Earth, but not space.

What they say: To open the space frontier to private citizens.

Mission: Space Adventures offers a range of options – from zero-g experiences in aircraft and sub-orbital parabolic flights, to trips to the International Space Station (ISS). The most exciting, however, gives even the space agencies a run for their money: a mission around the Moon. 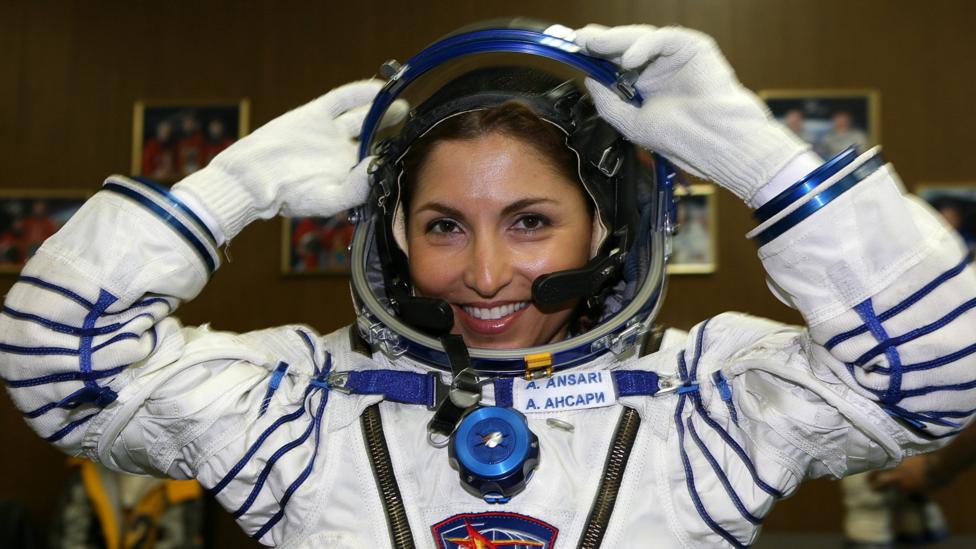 After several months of training, you will blast off from the Russian spaceport of Baikonur in Kazakhstan in a Soyuz rocket. Professional cosmonauts will fly you to the ISS, where you will spend around 10 days on board acclimatising to the space environment.

Meanwhile a second spacecraft – a lunar module and propulsion unit – will be launched into orbit. Separating from the ISS, your Soyuz will dock with the lunar module to form a larger spacecraft, making your six-day mission more comfortable. Once all the systems are checked out, your commander will light up the engines to carry you out of Earth orbit on a trajectory around the far side of the Moon. You will not go into lunar orbit but will see a view not witnessed first-hand by humans since 1972.

Reality check: Space Adventures is the only company to have flown space tourists into orbit. With eight missions to the ISS using Soyuz rockets, these ‘tourists’ are practically fully-qualified astronauts, having had to pass tough medical exams and undergo months of training. If you have a spare $50m (£34.7m) or so, and assuming you are fit enough, you can sign-up now for an ISS flight. 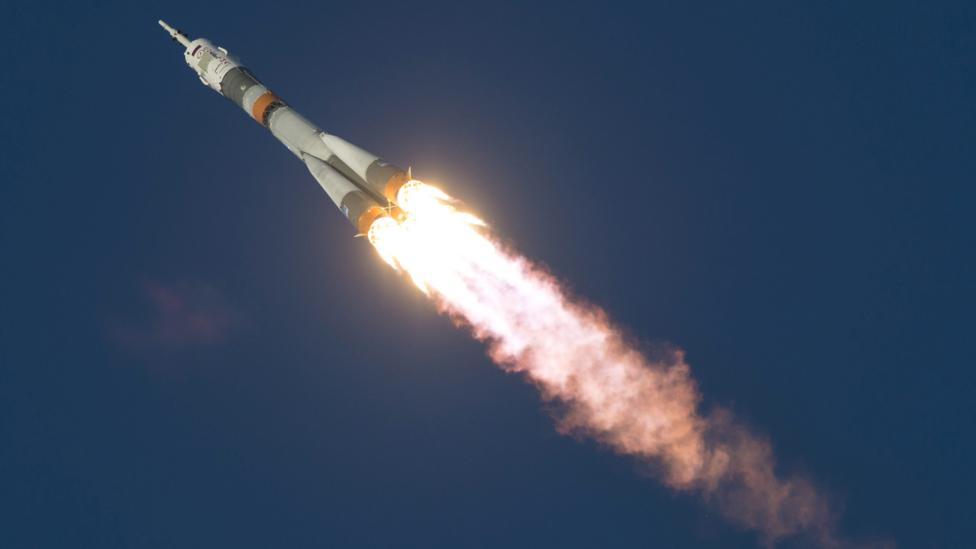 Space Adventures will cost you $50m - but you do get a trip in a Soyuz rocket (Credit: Getty Images)

The Moon mission is another step altogether. In theory, all the technology exists although the lunar module has not been built or tested. Nasa is also planning to send humans around the Moon in its Orion capsule, so it would be embarrassing if a private company got there first.

Verdict: If you’ve got the money, why wouldn’t you?

With new spacecraft being built by Boeing and SpaceX (who, like Blue Origin, also recently managed a vertical touchdown) and the price of rocket launches coming down, there will doubtless be more options available over the coming years.

In the immediate future, however, the price of space travel will be far too high to enable those of us with more modest means to holiday in space.

The only other option is to be sufficiently young, bright, fit and skilled to become a proper astronaut. 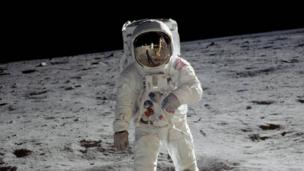 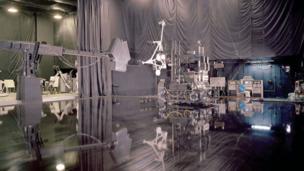 Is this the flattest floor on Earth? 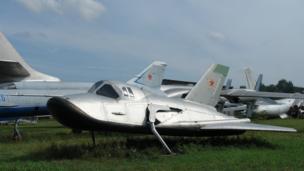 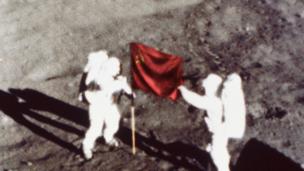 Did the USSR really win the Moon race?