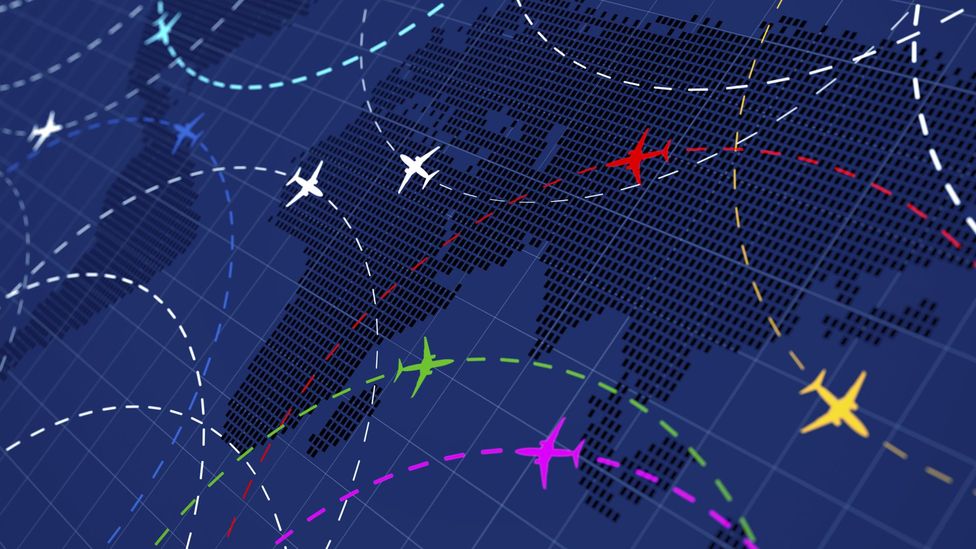 By Georgina Voss and Wesley Goatley 27th April 2016
The vast network of global trade carried by trains, aircraft and ships creates a huge web of radio traffic. Two artists created an installation that reveals the enormity of this invisible chatter.
I

It is early morning on Brighton beach, and we are sitting on a slope of pebbles, looking out to sea. With us we have a laptop, several metres of cabling, and an antenna taller than a small child. In between waving off the attentions of men wielding metal detectors and some extremely large seagulls, we squint into the computer screen, looking for a specific peak on the radio spectrum. We are trying to see the invisible infrastructure that surrounds every part of our modern existence.

Our 21st Century lives depend on enormous logistics systems for nearly every part of our lives. Clothes, food, medicine, and phones all come into our lives through a tangled and complicated route of supply chains, container ships, planes, and trains. Around 85% of international freight is carried by sea, nearly 10 billion metric tonnes. Nearly every commercial plane carries some type of airfreight, mostly on the large ‘wide-body’ planes like Boeing 747s, with UK airports alone handling some 2.4 million tonnes in 2013. In the UK, trains carry around six and half billion metric tonnes of freight annually.

Yet despite their importance, infrastructures are designed to be invisible, operating smoothly and silently. We tend to only notice them when they malfunction or break – when a parcel goes missing, or when a train is delayed. 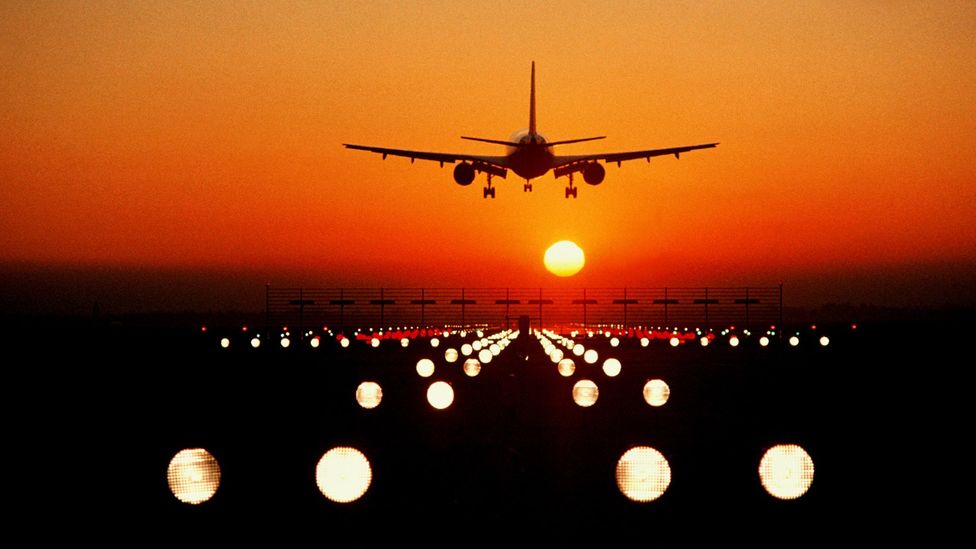 Planes are easy to track, but there can often be electromagnetic interference around airports (Credit: Getty Images)

We built Familiars, a project exploring just how much of these systems citizens are allowed to see, by creating a live map of the movements and data broadcast by nearby ships, planes, and trains. There are plenty of apps and programmes which track these systems, but most present managed and filtered data rather than giving users direct access to it.

However, a new form of technology, software-defined radio (SDR), has opened up new possibilities for seeing into these systems directly. SDRs often take the form of small USB dongles that can receive radio transmissions across a wide spectrum. Unlike traditional radios hardwired for one function and a limited set of frequencies, SDR devices can receive and decode many transmissions, ranging from CB radios to weather satellites.

Planes, we found, are the easiest to track

Coupling SDR receivers with specialised open-source software let us track the very old radio technologies which lie at the heart of logistics. Every ship, train, and plane sends messages to other parts of the network about where it is and what it’s doing. Radio is the ideal technology for fast moving vessels, as it allows them to communicate while they’re on the move.

Planes, we found, are the easiest to track. In the cockpit of every plane is an Automatic Dependent Surveillance-Broadcast (ADS-B) transponder, which can send and receive radio signals. After gathering information through global positioning satellites, planes openly broadcast their position, altitude, speed, and heading on the 1090 MHz radio frequency for other aircraft and ground control to pick up. With a well-placed SDR receiver and the correct software, these transmissions can be legally gathered and decoded by anyone in the UK. 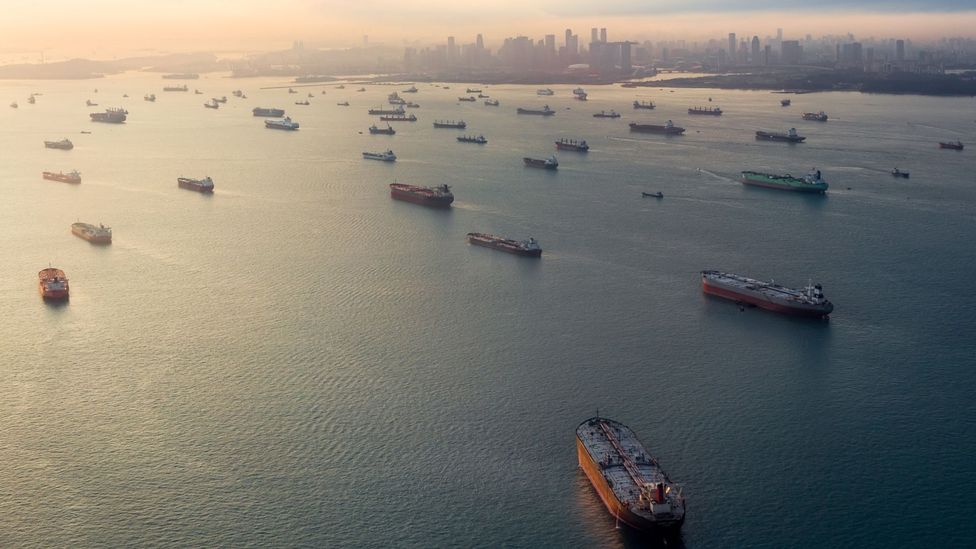 The transmissions made by ships can be picked up - but you have to be within sight of them, the artists say (Credit: Getty Images)

In theory, container ships and tankers should also be easy to track. Like planes, they also openly transmit data about their position, speed, and the port that they’re heading towards. This is transmitted through their on-board Automatic Identity System (AIS), which transmits at 161.975 MHz and 162.025 MHz.

In practice, as we found on Brighton beach, picking up these transmissions requires you to be in direct line of sight with the ships – that is, in the sea. After several days of experimenting with increasingly sophisticated antennae, we decided that we’d have to go through a third party to get this data. In Familiars, we used an online interface provided by vtexplorer.com. This made the data very consistent, but meant we had no direct access over how it was collected or modified.

In looking at how transport systems communicate with each other, we can also learn something about the data itself

Some transport data is nearly completely inaccessible to us. A record 22.7 billion tonnes of freight were carried across British railways in 2014, but tracking these trains themselves directly is difficult. In the UK, train drivers largely communicate via the Global System for Mobile Communications Railway (GSM-R) – essentially, a mobile phone network for trains.

GSM-R is a closed network which means that, under UK telecommunications law, it’s illegal to decode any correspondence sent along it. However, every time an encoded message gets sent from a train, it can be detected nearby as a peak on the uplink frequency of 876-880 MHz. We can therefore see when a communication has been sent, even if we don’t know what it says or any details about the train that sent it. 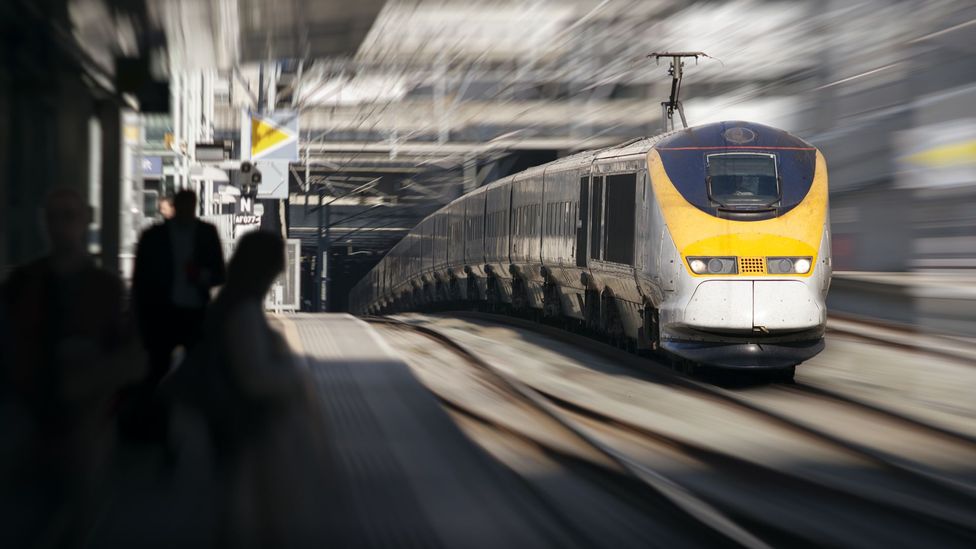 While train data is protected, you can still tell when trains are transmitting information (Credit: Getty Images)

In looking at how transport systems communicate with each other, we can also learn something about the data itself. Rather than being something neatly mediated through a screen, this data is not cleanly, digitally, delivered but is more like a messy layer of material which sits over the world.

Accessing these radio waves can be affected by weather patterns and electromagnetic interference; ironically, there can be a lot of this around airports. Physical geography also affects radio transmissions, with hills, mountains, and forests obstructing many forms of radio communication.

Live streams of data from trains are sometimes available once the data has been filtered and mediated through timetable and ticketing apps, but is exceptionally difficult to gather directly. Some parts of the spectrum are open, and some encoded. Whilst radio transmissions from planes transponders are openly available, it is illegal in the UK to listen in on conversations between pilots and air traffic controllers. Trying to look directly at logistical infrastructure, a system which is deliberately designed to be out of sight, brings us up against the thicket of regulations which controls its visibility, and makes us aware of the politics of data collection itself.

future
1Crazy concepts to change transport?
The Secret World Of...
2Secret codes you’re not meant to know
HyperDrive
3The hidden world of airport luggage
HyperDrive
4The Heathrow you never see
Around the BBC