Loading
The Secret World Of... | Mathematics
A few controversial numbers may be illegal to share
Share using EmailShare on TwitterShare on FacebookShare on LinkedinShare on Whatsapp 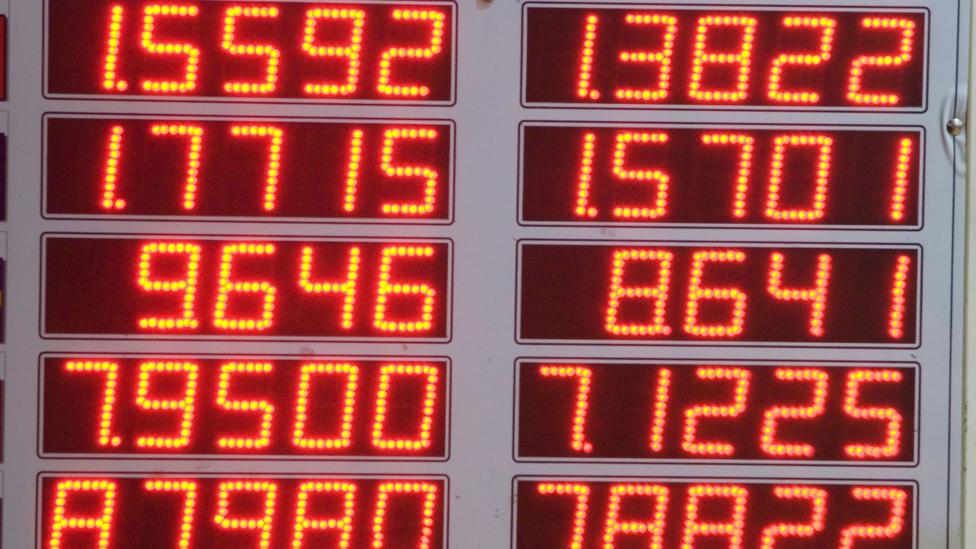 By Chris Baraniuk 16th May 2016
Certain numbers could, in principle, get you into trouble – why?
J

Jon Johansen’s program worked. The Norwegian teenager watched as it downloaded 200 megabytes of a recently released movie, The Matrix, from a DVD onto his computer. The program that he and two anonymous others had created that year, 1999, was called DeCSS. But their project was about to cause something of a ruckus. DeCSS allowed people to unlock content on commercial DVDs without the publisher’s permission, so it instantly became the subject of legal objections from the movie industry.

What happened next likely took the lawyers at a number of big movie studios by surprise. Johansen was later acquitted, but wrangling over DeCSS turned into a debate about the essence of computing and what things could logically be banned. The contention right at the heart of this was the fact that any computer file or program could be represented by a number. Could you really make numbers illegal? And if so, what did that mean for the control of information? 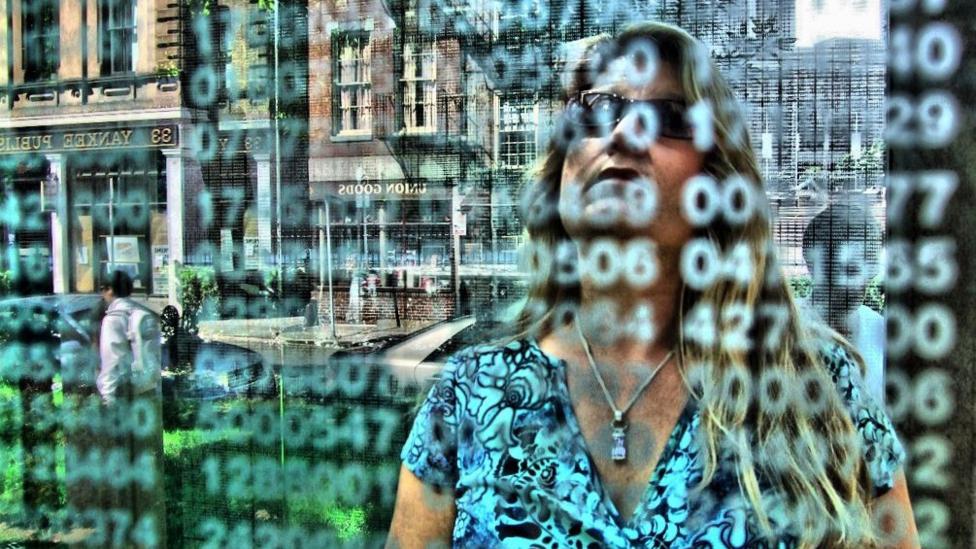 Numbers are fundamental, but some are technically prohibited from sharing (Credit: Jeffrey/Flickr/CC BY-ND 2.0)

If numbers could be illegal, what does that mean for the control of information?

Not long after the DeCSS clampdown began, programmers and activists around the web began to push back, by submitting all sorts of versions of the program to an online gallery. They’d printed it on t-shirts and even written out exactly what it did in the form of a poem. Someone even recorded a square dance song version. It was a kind of collective protest against the notion that someone could ban the distribution of a program; that someone could ban an expression of ideas.

“I think this attracted the interest of anybody who’s a computer programmer because the issue of prohibiting the distribution of source code was pretty new at the time,” says Dave Touretzky, the professor at Carnegie Mellon who curated the DeCSS gallery. “There hadn’t been a lot of cases like this so the very notion that you could do this troubled a lot of people.”

One person who wanted to contribute something different was Phil Carmody, a software engineer living in Cambridge, England. Just over a year after DeCSS was published on the internet, Carmody set out on a personal mission.

His goal was to convert the DeCSS program into a special number – just a long integer – but one that was in some way historically important. The number, and therefore in a sense the program, would then be, as he put it, “beyond the reach of the law”. “I needed to find a presentation of the data such that it had an intrinsically archivable quality,” he wrote.

It took some tinkering with mathematics software but eventually he came up with a number, 1,905 digits long

And so Carmody encoded DeCSS as a prime number. It took some tinkering with mathematics software but eventually he came up with a number, 1,905 digits long, that was prime and also special because it was the 10th largest prime to be proven with a certain algorithm. For Carmody that was more than enough – it was a minor historical achievement and would be recorded as such.

“Ripping off DVDs with no intention to buy the originals is illegal in almost all countries in the world, and correctly so,” he later wrote. “However, I do not believe that the current implementation of US law is a sensible one. I believe it's logically inconsistent, and is biased towards the interests of multinational publishers, and against consumers.”

Touretzky was impressed and he included Carmody’s effort on his web page. 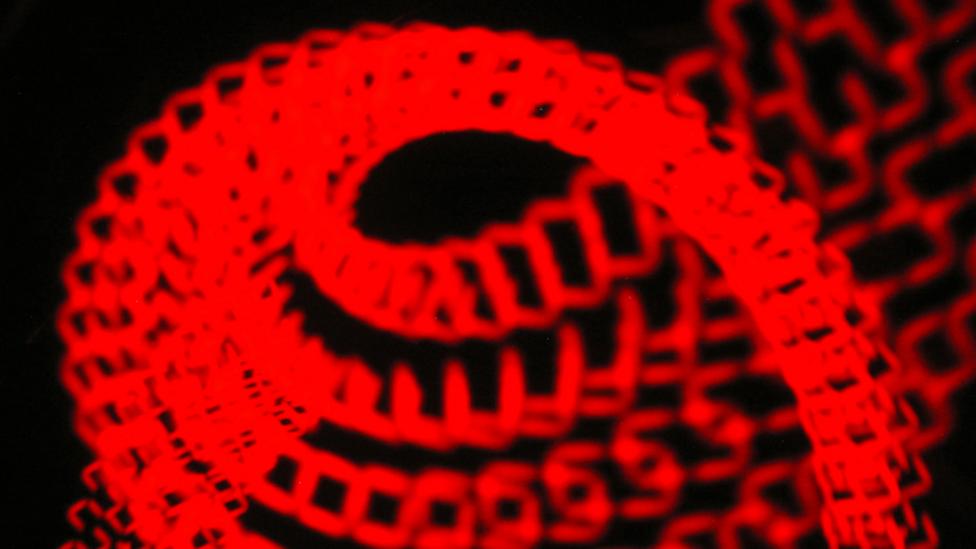 Binary code of ones and zeroes can be converted directly to specific integers (Credit: Getty Images)

Seth Schoen, a programmer who works for the Electronic Frontier Foundation (EFF), had followed the story when it unfolded originally. His own contribution was to write DeCSS out as a haiku poem. But he was particularly struck by Carmody’s conversion of the program into a prime number.

“You could find it in a number which feels more like this thing was occurring in nature,” he explains. “This thing that’s just out there. The industry was saying that one of these primes is illegal – and that was more conceptually striking maybe than some of the other contributions.”

Even without Carmody’s special integer, the issue of so-called “illegal numbers” was already live. As law professor Eben Moglen pointed out, any file could be represented as an integer. This is because to computers all files and programs are a string of ones and zeroes, otherwise known as binary. These long strings of ones and zeroes can be converted directly to specific integers.

For example, one very long number can represent the source code for Microsoft Word. “In addition to being ‘copyrighted,’ this one is a trade secret,” wrote Moglen. “That means if you take this number from Microsoft and give it to anyone else you can be punished.”

Several years later, other related examples would emerge – this time, specific strings of letters and numbers. In the mid-2000s, an encryption key used on HD DVDs and Blu-ray discs was made public. It could be shortened by writing it in hexadecimal code – a way of using a small list of numbers and letters to represent much longer numbers. It was so short, in fact, that some people even got tattoos of it. Why? Much like with DeCSS, the Motion Picture Association of America (MPAA) and Advanced Access Content System Licensing Administrator (AACS LA) began asking those who were posting the key online to remove it. This sparked another protest to reproduce the key as far and wide as possible.

At the centre of efforts to make and keep the key overtly public was news sharing site Digg, which in a statement eventually said, “We won't delete stories or comments containing the code and will deal with whatever the consequences might be.” Eventually, efforts to expunge the key evaporated. It’s still listed on many websites – and a few human bodies. 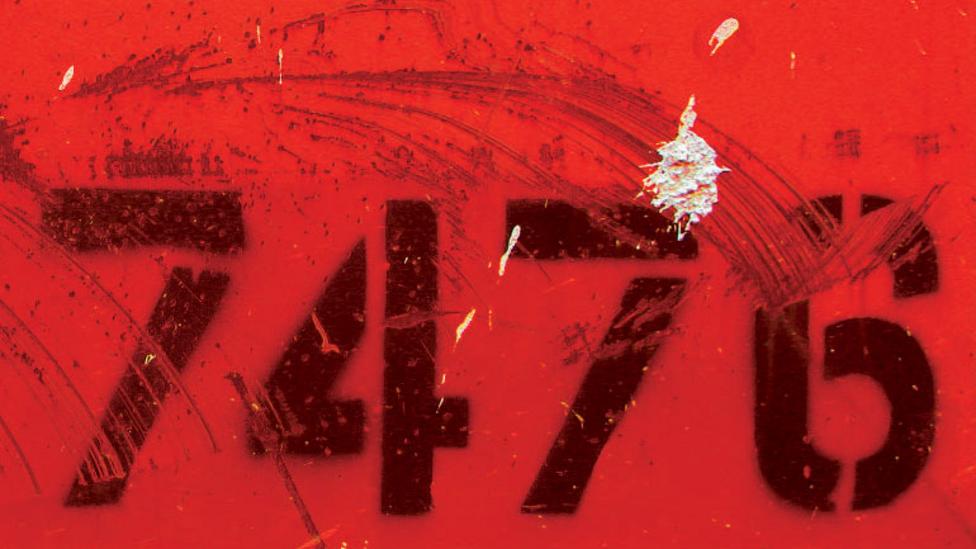 Illicit numbers don’t just have to encode prohibited computer programs or copyrighted content. Sometimes numbers can be banned just because of their associations. For example, some American schools have banned children from wearing clothes showing numbers frequently used by gangs.

The superintendent of a Colorado school district explained the thinking to local media recently, saying, “Yes, the numbers 18, 81, 13, 31, 14 and 41 are prohibited under the policy. They are meaningful to the gang culture.”

And in China on the anniversary of the Tiananmen Square demonstrations, search engines were barred from allowing people to search for numbers used in the date of those events – 4 June 1989 (or 4/6/89).

In all of these cases, there is a paradox at work. These numbers relate to something specific over which there may – rightly or wrongly – exist prohibitions. But the numbers themselves are also abstract, divorced from any specific way in which they might be used. To ban the use of them in certain contexts instinctively feels absurd. However, as judges and lawyers have explained, there are legitimate reasons for, in some cases, putting restrictions on activities which could harm commerce or institutions. 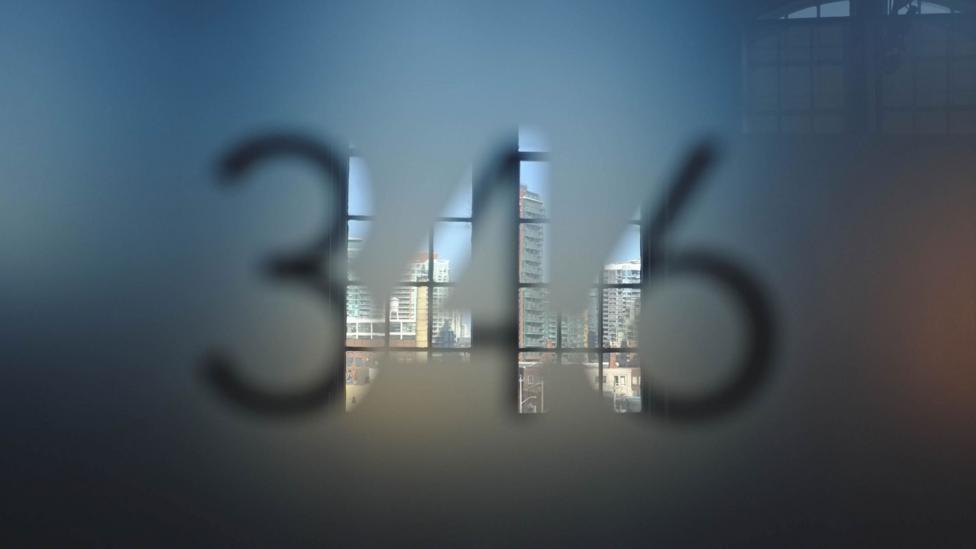 For some, the fact that so many things are reducible to numbers and mathematical processes is probably quite a big headache (Credit: Flickr/Allen Lai/CC BY 2.0)

Because computers, which rely on numbers above all else, are so integral to our lives, it doesn’t seem like this issue is likely to go away. Indeed, the same issue has cropped up recently with fears that certain politicians might try to ban encryption. The politicians in question claim that encryption helps terrorists and other criminals to evade detection by the authorities.

To encrypt something simply means to process the data into a code that must be deciphered in order to be understood. Deciphering a code is exactly what Jon Johansen was doing when he downloaded 200 megabytes of The Matrix from a DVD. But the principles of how to encrypt and decrypt are well established and public principles of mathematics known as cryptography.

Jimmy Wales, who founded Wikipedia, is just one of many who have joined the encryption debate by saying it would be impossible – or at least ludicrous – to “ban mathematics”.

For lawyers and policymakers, the fact that so many things are reducible to numbers and mathematical processes is probably also quite a big headache.

But for many other people, there’s something powerful about the fact that numbers can encode all manner of things. After all, mathematics can describe everything in the world we live in – and you certainly can’t put a stop to that.

Life:Connected
1The unlucky names that break computers
future
2The writing style inspired by ‘pi’
future
3YouTube’s creepiest mystery videos
The Secret World Of...
4Why number 2,147,483,647 matters
Around the BBC