The British are often portrayed as reserved and unemotional. But is there actually any evidence to support the stereotype? And is keeping a lid on your feelings really so bad?

Americans are brash and forward; the French, romantic and rude. But if there’s a national characteristic that defines the British, it’s probably the stiff upper lip. Crying in public is frowned upon in all but the most exceptional circumstances; the plucky Brit prefers to keep calm and carry on.

At least that’s the theory. But are these emotional stereotypes accurate? And nationality aside, if you are someone who prefers to keep a lid on their emotions, does this make you brave... or emotionally stunted?

Despite the national stereotype, the British stiff upper lip attitude was actually confined to a short period of British history – from around 1870 to 1945, says Thomas Dixon, director of the Centre for the History of the Emotions at Queen Mary University of London, and author of Weeping Britannia. “It was an attitude suited to a public school-educated, imperial power that was going around the world dominating other countries,” he says. 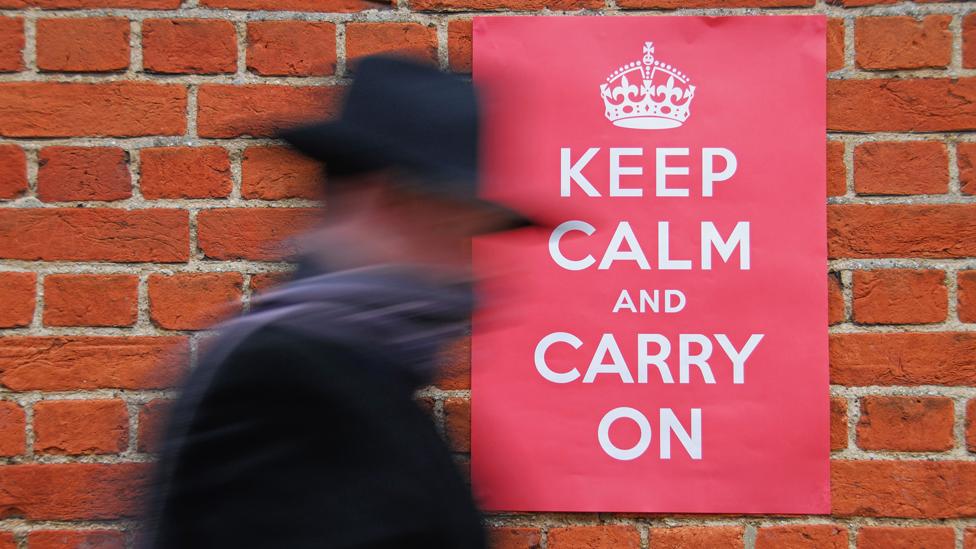 Despite the national stereotype, the British stiff upper lip attitude was characteristic of Britain mainly from around 1870 to 1945 (Credit: Alamy)

Prior to this, the British were far more in touch with their feelings. Even the stiff, expressionless Victorians were, in reality, an emotional and sentimental bunch. Take Charles Dickens, who used the suffering of characters like Tiny Tim to pull on the heart-strings, or the young Queen Victoria, who, upon hearing the cheers and applause of the crowd at the announcement of her accession in 1837, very publicly burst into tears.

The stiff upper lip has become an object of nostalgia

According to Dixon, the stiff upper lip attitude started to loosen up after World War Two; by the 1960s, Agony Aunts were publically encouraging people to talk about their emotions. Yet its legacy lives on, despite the nightly parade of tear-jerking films and reality TV shows. “It’s very hard to turn on the television during prime time hours and not see some weeping,” Dixon says. “I think some of us like to think we have one even if we don’t. The stiff upper lip has become an object of nostalgia.”

That said, it’s possible the British are still less emotional than other nationalities. Although scientists haven’t studied Brits specifically, there do seem to be cultural differences in emotion between East and West, say. For instance, Japanese people report feeling more guilt, shame and indebtedness – as well as more feelings of closeness to other people – compared to Americans and Europeans, who report experiencing more anger, irritation and pride. 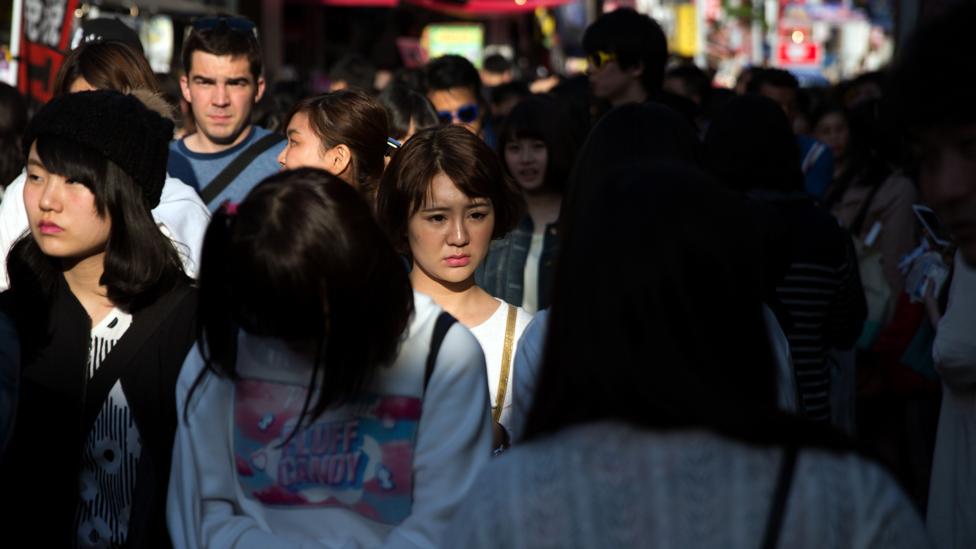 Some of this could come down to the value different cultures place on certain emotions. “How the people in your environment respond – even how you think they will respond – is going to determine the course your emotion takes, both in terms of your feelings and how you express them,” says Batja Mesquita, an emotion researcher at the University of Leuven in Belgium.

There may also be cultural differences in how willing people are to show their emotions. A poll of more than 2,500 Britons, conducted in 2007 by the Social Issues Research Centre in Oxford, revealed that fewer than 20% of Brits claimed to have “let it all out” in the past 24 hours, even though 72% of them believed that bottling emotions up is bad for your health. And 19% of those surveyed revealed they couldn’t remember the last time they let their emotions fly.

Clamping down on the expression of your emotions is something psychologists call ‘suppression’, and it’s one of five classic strategies people use to regulate their emotions. “Emotions play out in many different contexts and they play out over time,” says James Gross, professor of psychology at Stanford University.

One strategy is to avoid situations that might trigger a certain emotion; another is to modify a situation in order to boost your chances of experiencing positive emotions rather than negative ones. Yet another strategy is to focus your attention elsewhere, rather than letting your emotions take over. Then, once the situation has passed, you can try and see things from a different perspective. Or you can try and suppress it. 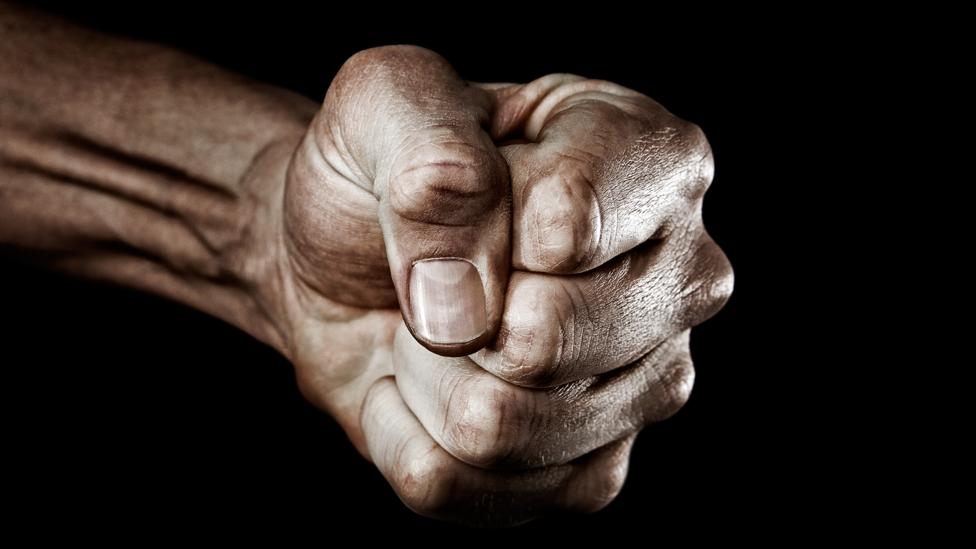 Suppression is a classic strategy people use to regulate their emotions (Credit: Getty Images)

Generally speaking, being able to regulate your emotions in these ways is a positive thing, associated with better academic achievement, mental health, and a longer lifespan. But, although emotional suppression may occasionally be useful – biting your lip if your boss makes an irritating comment during your appraisal, say – most psychologists see it as the worst strategy of the bunch.

There’s mounting evidence that suppressing your emotions comes at a cost. In one study, Gross asked volunteers to watch a gruesome film and either hide their emotional responses to it, or to act naturally; in a follow-up study a different group of volunteers were shown amusing and happy films and asked to do the same. “What we found was that suppressing their emotions didn’t make people feel any better – and when they were suppressing positive emotions it actually made them feel less positive,” says Gross. It also required physical effort; the volunteers’ blood pressure went up when they were trying to hide their feelings. Subsequent studies have revealed that emotional suppression impairs your memory, while the people you’re interacting with find it burdensome.

What then, about the Brits? A recent poll by the mental health charity Mind revealed that four in five British 18- to 34-year-olds admit to putting on a brave face when they’re anxious, and a quarter believe that showing their emotions is a sign of weakness. You’d think that such a nation would be a terrible place to live; we’d experience more mental illness, die earlier, and hate each other. 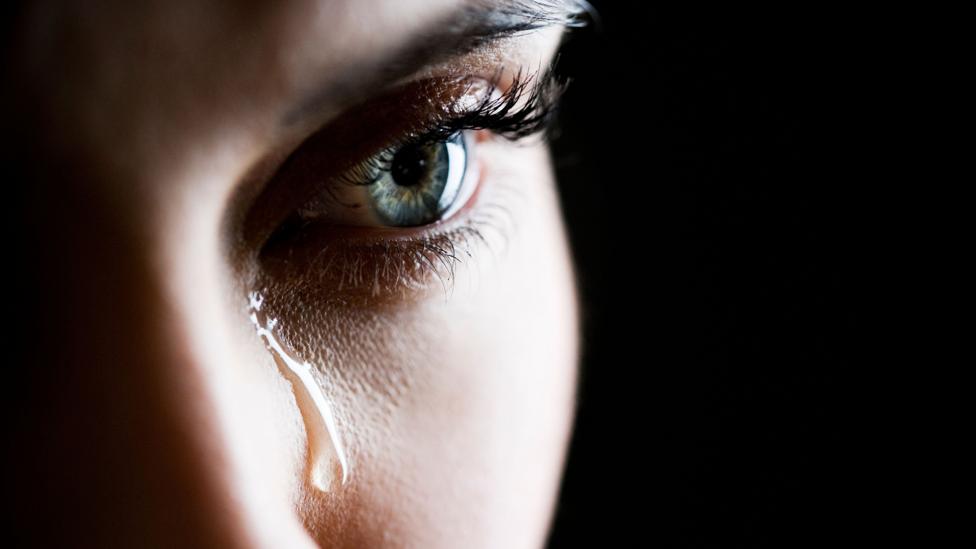 Four out of five British 18- to 34-year-olds admit to putting on a brave face when they’re anxious (Credit: Alamy)

But there’s some evidence from East Asia – where emotional suppression is also quite normal, and even viewed as a positive trait – that the emotional costs of suppression are lower than in a country like the US, where Gross has done the majority of his research. “The negative costs may be diminished in a social context where it is really the norm to suppress,” he says.

And emotional suppression can occasionally have an upside. Take the so-called Blitz Spirit: showing stoicism and determination to carry on in the face of difficult situations, such the aftermath of the 7/7 bombings in London. Emotions can be contagious; expressing panic and distress in a context like this could be disastrous. If we see others just gritting their teeth and getting on with things, it can leave us feeling encouraged instead. Social support is known to be a buffer against mental illness.

“A sense of community and a sense of support in terms of pulling together as a nation could be protective on a larger scale,” says Schweizer.

Used wisely then, the stiff upper lip can be a powerful tool in your emotional toolkit. It’s just often not the best tool: you should be sure to have others in there as well.