Loading
Space Station | Space
Could a satellite fall on your head?
Share using EmailShare on TwitterShare on FacebookShare on Linkedin 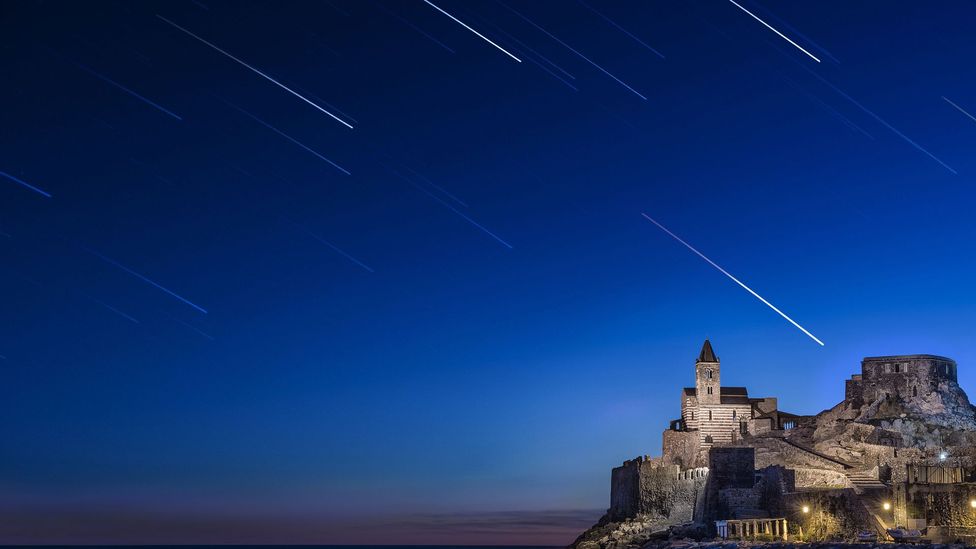 By Richard Hollingham 13th June 2016
As the amount of orbiting space junk increases, what happens when it drops from the sky? German scientists are trying to find out.

“This is not the crazy stuff,” says Sebastian Willems, as the researcher leads me past a glass case full of futuristic models of sleek silver spaceplanes at the German space agency’s (DLR) wind tunnel facility in Cologne. Nor is the crazy stuff to be found in the magnificently retro control gallery with its giant console of gauges, switches and knobs.

We enter a windowless room through a giant blast door, where the walls are charred and the air is rich with the disconcerting smell of explosives. This is where they test the aerodynamics of rocket engines.

But this isn’t the crazy stuff either.

No, Willems’ “crazy” experiment involves using one of the centre’s wind tunnels to simulate what happens when satellites re-enter the atmosphere.

Could sections of dead satellites survive re-entry to hit something or, worse, someone?

“There are a lot of satellites in orbit and they will come down sooner or later,” he says. “They’ll probably break up and the question for us is: what is the chance of an impact?”

In other words, could sections of dead satellites survive re-entry to hit something or, worse, someone?

The wind tunnel being deployed for Willems’ experiment resembles a giant deconstructed vacuum cleaner attached to a pressure cooker, arranged across a concrete floor. The gleaming machine is covered in a mass of pipes and wires. Capable of producing air currents of up to 11 times the speed of sound, the wind tunnel is used for testing the aerodynamics of supersonic and hypersonic aircraft designs.

At its heart is a two-metre-high spherical metal chamber where the test objects are held in special clamps. Instead of using these restraints, however, Willem is releasing objects through the airflow – set at around 3,000km/h (1,860 mph) (more than twice the speed of sound) to simulate atmospheric re-entry. 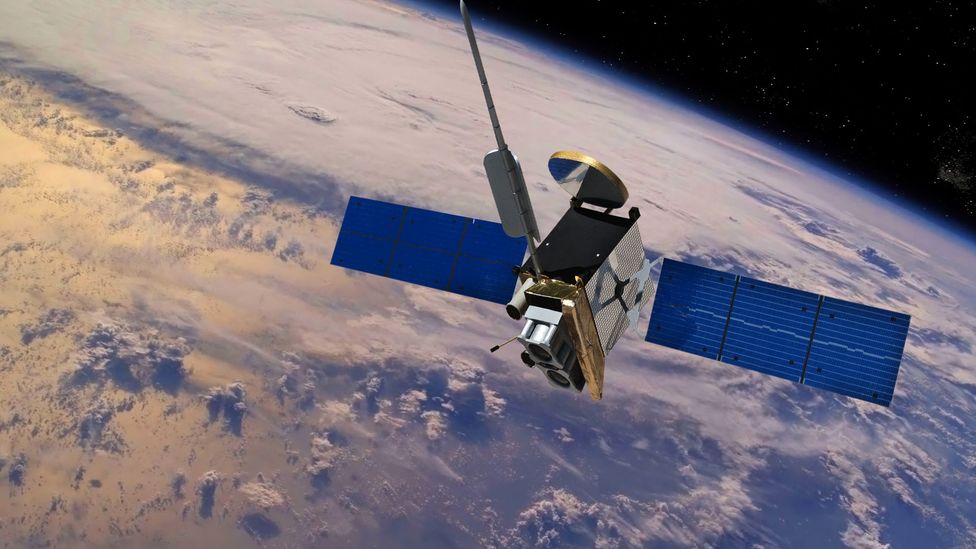 Most satellites break up into smaller pieces when they re-enter the atmosphere (Credit: Getty Images)

“We only have a test time of 0.2 seconds,” he says, “but in this time we can take a lot of pictures and measurements.” Data from the experiments will be fed into computer models to improve predictions of how satellites descend to Earth.

Watch how DLR predicted how its Rosat satellite would break up

The 500,000 or so lumps of space debris surrounding our planet range from tiny fragments of metal to entire bus-sized satellites, such as the European Space Agency’s Envisat spacecraft that fell unexpectedly silent in April 2012.

“As a general trend it’s fair to say the number of objects we’re tracking in orbit is going up,” says Hugh Lewis, senior lecturer in aerospace engineering at the University of Southampton in southern England.

It’s going to be a persistent problem for a long time to come – Hugh Lewis, University of Southampton

As the amount of debris in orbit grows, the chances of a piece of space junk hitting other satellites or a crewed spacecraft increases. In fact the International Space Station has to be regularly moved to new orbits to avoid possible collisions.

“We’ve seen objects re-enter the atmosphere since the beginning of the space age,” says Lewis. “Typically one big object re-enters the Earth’s atmosphere every three-to-four days – it’s going to be a persistent problem for a long time to come.”

Although entire satellites cannot survive the fiery return to Earth, many of their larger components do. “You can see things such as propellant tanks,” says Lewis. “These lozenge-shaped objects can be around the size of a small car.” 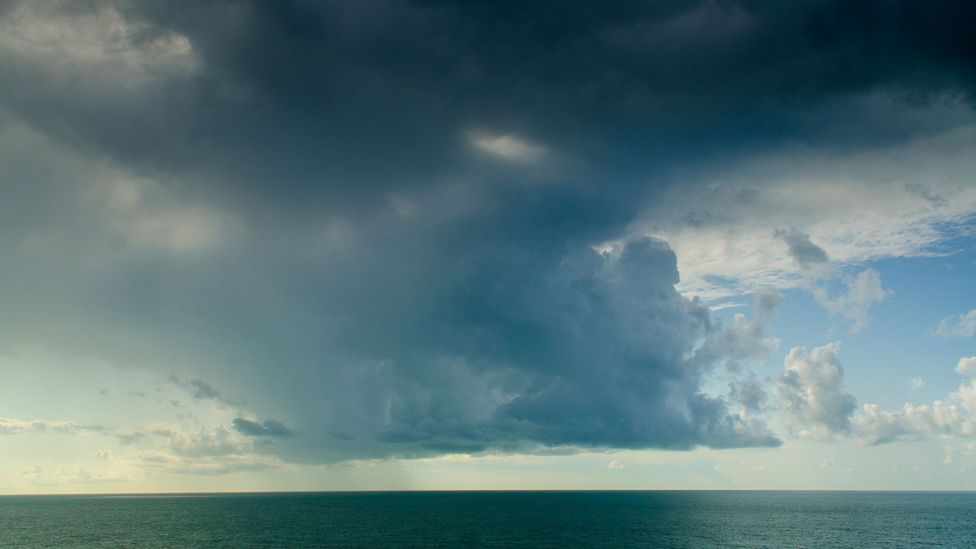 Most failing satellites are controlled to crash over empty oceans (Credit: Getty Images)

Willems is not dropping any small cars through the DLR wind tunnel but he does want to examine how larger objects behave as they come apart, to determine which bits survive to reach the ground.

“The airflow around one component will interact with the air flow around other parts,” he says, “which means they might survive differently than if they re-entered on their own.”

So with all this material falling from the skies on a regular basis, why aren’t chunks of space junk littering our landscape, falling through our roofs or hitting us on the head?

In most cases, the answer is because mission controllers plan how their dying satellites return to Earth – using remaining fuel to push them out of orbit on controlled trajectories to burn up over remote areas of ocean. However, it is the unplanned re-entries of dead spacecraft that are of greater concern.

One of the most recent unplanned re-entries was Nasa’s Upper Atmosphere Research Satellite (UARS) in 2011. Even taking into account that 70% of the Earth is covered in ocean and large areas of the world are still sparsely populated, Lewis says there was still a 1 in 2,500 chance that UARS could have caused a casualty somewhere on the planet.

“We start to get concerned when the risk to population is 1 in 10,000,” he says. “That’s not the chance of you being hit – which is obviously extremely remote – but the chance of someone being hit.”

With more satellites, there will be more re-entries – Hugh Lewis

Given that more than a million people die in road crashes each year, the odds of being struck by a chunk of old satellite are tiny. It still matters, however, as the nation that launches the spacecraft is legally and financially responsible under UN agreements for any damage. Space agencies are therefore keen to keep the risks of objects falling from the sky to a minimum. The experiments at DLR will be used to help better understand and track space debris, so even unplanned re-entries can be more accurately monitored.

With launches getting cheaper and satellites smaller, in the coming decades more and more spacecraft will be launched. “The benefits we can get from utilising space are increasing but the space debris situation is getting worse,” says Lewis. “With more satellites, there will be more re-entries.”

So although you are extremely unlikely to be hit by a plummeting spacecraft, the number of objects falling from the sky will rise. Nothing launched into orbit is gone forever.