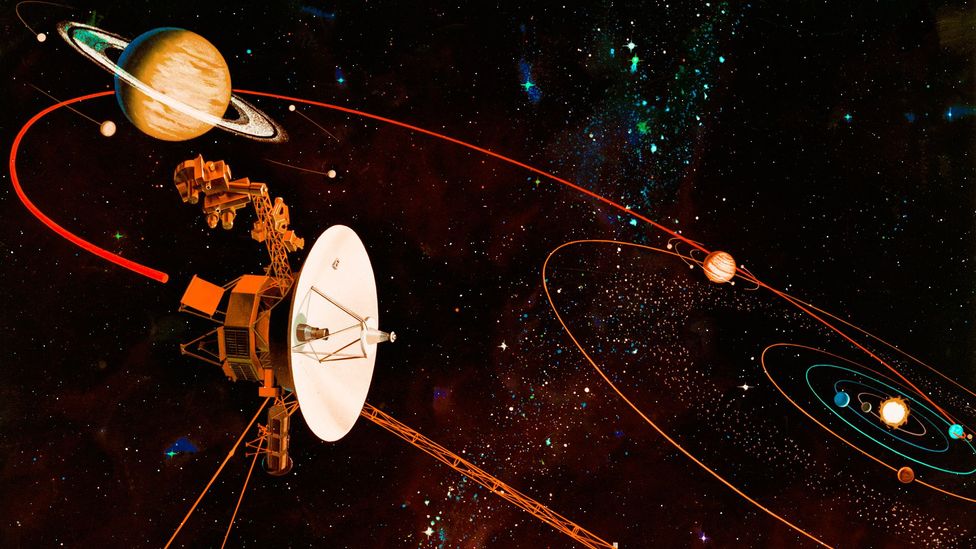 By Richard Hollingham 18th July 2016
We meet the Nasa engineer who plans to use a giant broken umbrella to take us to the stars.
F

For those of us at home in the Star Trek universe, 4 April 2063 will be a great day. This is the moment when genius rocket scientist Zefram Cochrane first successfully tests his warp drive. The technology will revolutionise space travel – enabling starships to travel faster than the speed of light, boldly taking us where no-one has gone before. The Vulcans will turn up and everything.

In the meantime, warp drives, wormholes and faster than light spacecraft remain speculative concepts. They might be possible – and the idea of being able to warp space or travel through shortcuts in the fabric of space-time are by no means out of the question – but few physicists are willing to bet serious money against Einstein’s rule that nothing can travel faster than the speed of light.

So where does that leave those who want to explore beyond our immediate cosmic back yard?

The Voyager 1 spacecraft has been drifting through space for the last 40 years (Credit: Getty Images)

The only spacecraft to have made it further than the planets, moons and asteroids of our solar system is Voyager 1. At the time of writing, this plucky probe was 20,083,476,000 kilometres (12,479,293,426 miles) from Earth, travelling at some 17 kilometres per second. This sounds impressive until you remember that Voyager 1 was launched in 1977, is fitted with early ’70s scientific instruments, cameras and sensors and has been voyaging for almost 40 years.

Instead of being pushed along by photons, the e-sail uses the power of the solar wind

Before mankind attempts to send another probe out towards interstellar space, engineers hope to figure out a way to get there a lot faster and, ideally, within their working lifetime.

There are several options on the table. Some favour solar sails – giant mirrored sheets pushed along by the force of photons from the Sun. Others – including Stephen Hawking – suggest flying these sails on tightly focused beams of photons generated by lasers fired from Earth or satellites in orbit.

Nasa engineer Bruce Wiegmann, however, is investigating the possibility of flying to the stars using a propulsion system that resembles a giant broken umbrella or wiry jellyfish. The concept is known as electric, or e-sail, propulsion and consists of a space probe positioned at the centre of a fan of metal wires. 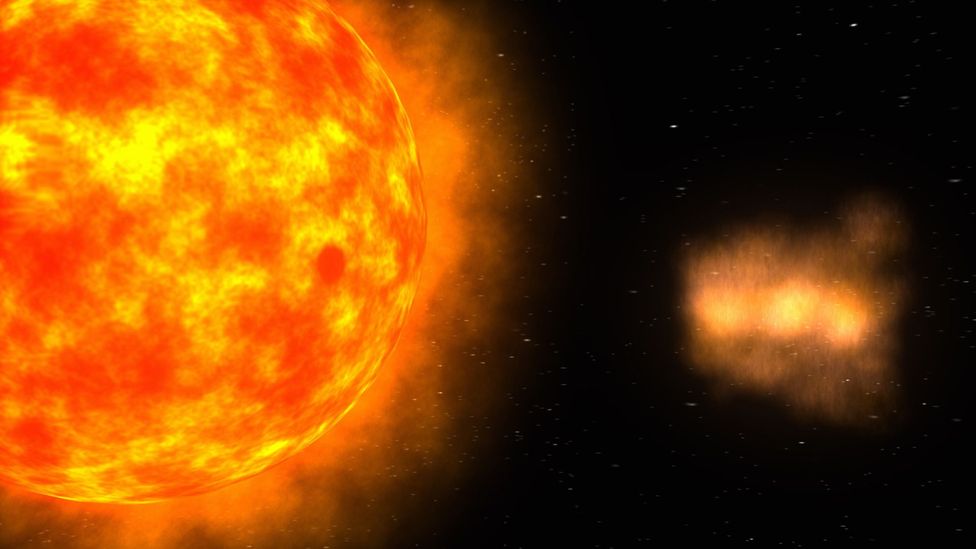 Photons pushed out by the Sun could allow spacecraft to travel further into space (Credit: Getty Images)

Instead of being pushed along by photons, the e-sail uses the power of the solar wind. This stream of charged particles is being continuously blasted out by the Sun at speeds of some 400 km per second. Preliminary studies suggest that a spacecraft riding this wind could travel three times faster than a probe fitted with a solar sail.

“We could do the same type of mission as Voyager but within 10 or 12 years,” he says. “We could get to Pluto in five or six years, half the time of the recent Dawn mission, and Jupiter in two years.”

There’s a bunch of problems with it - Thomas Zurbuchen, University of Michigan

Realising that dream may not be easy.

“There’s a bunch of problems with it,” says Thomas Zurbuchen, professor of astrophysics at the University of Michigan.

“Most of the energy that comes out of the Sun is light,” he says. “The total force across a solar sail is roughly equivalent to the gravitational force of a chocolate bar on a football field – the force of the solar wind is a thousand times smaller than that.”

So whereas a solar sail might be a few hundred metres across, Nasa’s space umbrella would need to be a staggering 40 kilometres in diameter – the size of a city – with the wires wound-up inside the spacecraft for launch on a conventional rocket such as Nasa’s new Space Launch System. 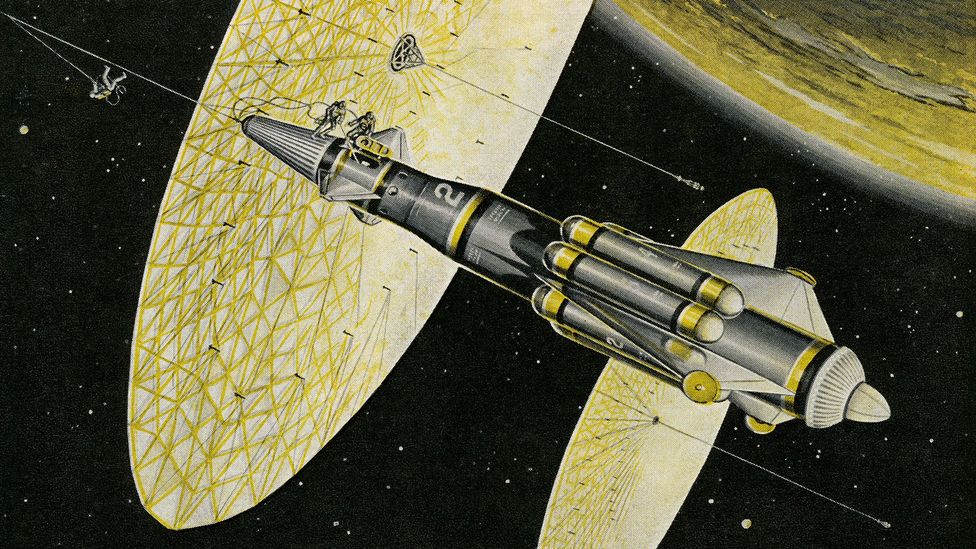 Zurbuchen recently led a major US scientific study which concluded that small satellites, known as Cubesats, are viable for planetary scientific exploration and considerably cheaper than traditional spacecraft. He is not convinced, however, that flying by charged wires is the best way to propel them. “The materials science of it is horrendous,” says Zurbuchen. “We’ve made wires for more than a hundred years and they’re still breaking.

“If you look at the wires, they’re still going to be heavy because they’re metal,” he says. “They have to be high quality wires otherwise when you pass electricity along them they’ll burn up. Even so, if they get hit by a micrometeorite the wires will break.”

If we can prove the physics, then it’s just an engineering challenge - Thomas Zurbuchen

Instead of using an e-sail, Zurbuchen favours propelling the interstellar probes of the future using solar sails or nuclear propulsion – or perhaps a combination of the two. That is not to say the electric umbrella is impossible. Maybe just hard.

“We’re trying to prove the technology,” says Wiegmann, who aims to fly the first demonstration mission in the early 2020s. “We’re also studying the physics so we know how much propulsive force the solar wind will produce.”

“Everything has to start someplace,” he says. “I’m very excited. If we can prove the physics, then it’s just an engineering challenge.”

If the technology proves successful, a spacecraft fitted with an e-sail would be able to overtake Voyager. Or we could just wait for Cochrane to invent the warp drive when both will be left far behind...