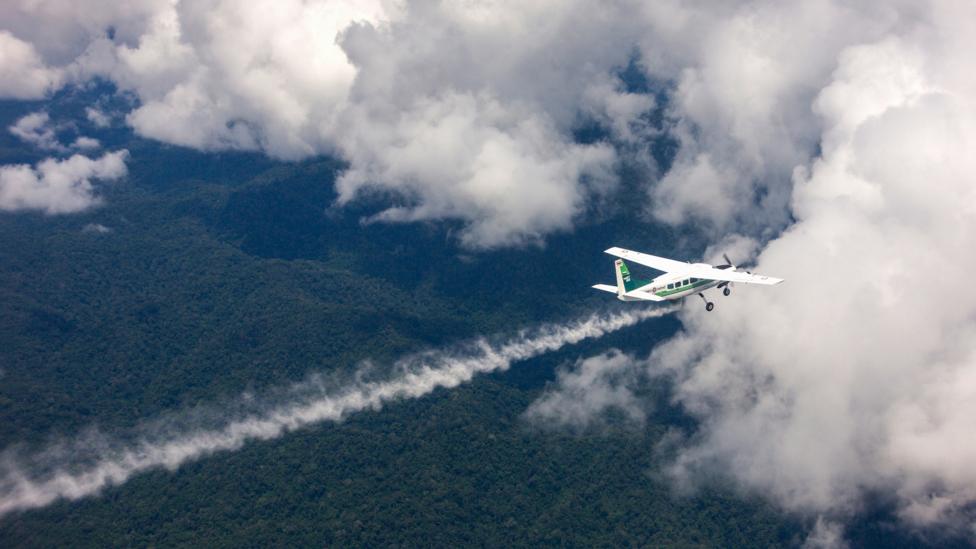 When a cloud-seeding pilot flies inside a storm, it is not a matter of flying from point A to point B: you are trying to get something out of the weather all around you. Where do you want to fly, and what are you going to find once you get there?

When you duck inside a cloud, at first, you see almost nothing. Then suddenly, there’s a dark mass coiffed in white, and you’ve got to go right into that dark place. It’s equal parts beautiful and strange.

Cloud seeding, the practice of injecting certain materials into storm cells to enhance precipitation, has drawn interest from a growing number of water-strapped countries – particularly in the past five years. Currently, around 60 countries on five continents are operating cloud seeding operations to enhance rainfall, mainly for reservoirs, watershed, and agriculture. 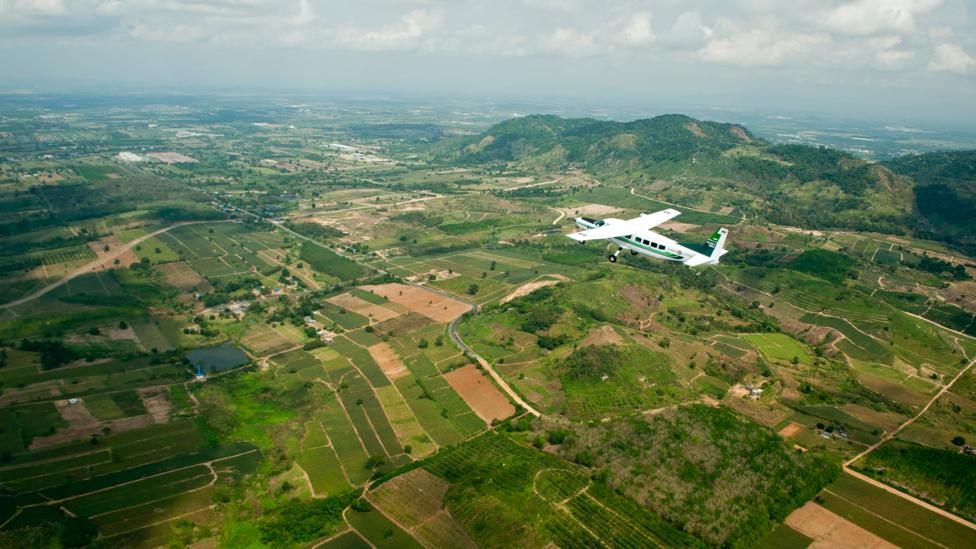 Pilots have to fly towards clouds in stormy weather and encourage them to release their rain (Credit: Getty Images)

But figuring out how and when to fly into the clouds is no simple matter.

Pilots are normally not taught to fly in so close to, or straight into, storm clouds. What’s key is teaching people how to keep track of the big picture, monitoring things like wind shear, gust fronts, updrafts, and downdrafts – all the dangerous things you’re taught to avoid when you fly, says Hans Ahlness, vice president of operations at Weather Modification Inc (WMI). To do that properly, a veteran needs to throw a rookie in a plane and show him or her how to navigate at least a couple of storms.

“You don’t learn this stuff anywhere else,” says Ahlness, whose company was founded in 1961after large-scale crop loss due to hail in North Dakota. WMI has since done seeding projects in countries such as Senegal, Mali, Saudi Arabia, Malaysia, and Australia. They get a lot of phone calls and emails when things are dry – whether from Texas, China, or the Middle East – with people asking them to “fix” their clouds.

Initial research in weather modification began in the late 1940s, mainly in the US; by the 1960s and 1970s, thanks to major funding from General Electric, cloud seeding gathered pace. But the following two decades saw a gradual lapse in interest and investment, a loss of confidence spurred by unrealistic claims. At least in the US; in places like South Africa, Australia, and Israel, the research continued.

However, only recently have efforts really started picking up again, says Deon Terblanche, who oversees the various climate and weather programmes at the World Meteorological Organization (WMO).

Hygroscopic cloud seeding, which was developed in South Africa in the early 1990s, involves dispersing water-absorbing salts (a mixture of sodium, magnesium, and potassium chlorides) into parts of clouds; the salts then collect water vapour and grow bigger and faster in size before falling as rain. Earlier seeding efforts used silver iodide, whose molecular structure is very similar to ice, but in the 1990s, a shift was made to the non-polluting hygroscopic salts. Under some conditions, ground-based seeding (which may employ anti-aircraft guns or rocket launchers) is cheaper and more optimal; but once you get up to or above the connective clouds, airplanes become necessary. 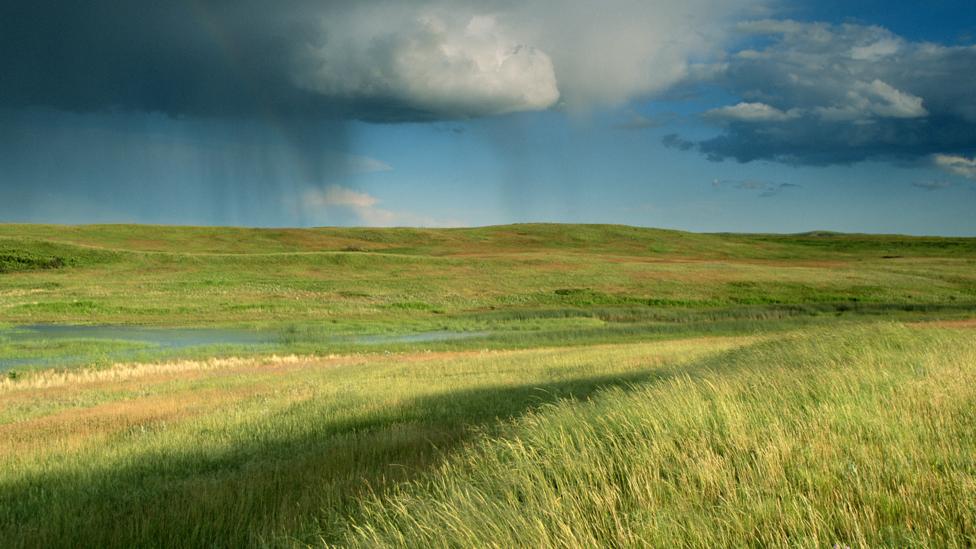 The method was developed to try and break a drought in the US state of North Dakota (Credit: Getty Images)

By 1999, 40 countries had become involved in cloud seeding efforts, and randomised, double-blind experiments were starting to prove that cloud seeding did in fact work. Currently, estimates for how much seeding increases the amount of rainfall range between 15 and 40%.

A seeding aircraft is normally a regular twin-engine aircraft with racks mounted on the belly and wings, similar to one which launch flares. As a kid, Hans Ahlness would watch these planes take off into the sky every time there was a thunderstorm.

Timing and an understanding of the life cycle of the storm’s cell are critical to seeding flights, says Jean Francois Berthoumieu, a consultant for the WMO. Berthoumieu has trained pilots in Chad, Libya, and South Africa, in addition to working on programmes in countries such as Syria, Austria and India.

After monitoring the radar and seeking out a storm cell, a seeding pilot must take measures outside and inside the cloud to inspect the quality of aerosols and detect the cloud’s seedability. If signs are promising, then the hygroscopic flares are activated, releasing particles into the cloud’s updrafts. Flying within around 500ft (160 metres) of the base of the storm, the pilot must identify the growing parts of the clouds and track the new parts of the cell.

No two storms, and no two clouds are exactly alike

Summer storms are much more fun than winter ones, says Ahlness. In winter flight to boost snowfall, the inside of the cloud is not so scenic, and if too much ice builds up on the outside of the plane, the pilot has to descend to lower, warmer air. In the summer, weather conditions change rapidly, becoming much more unpredictable.

Summer storms can be seeded in one of two ways: either from the base, by injecting the hygroscopic particles into the updrafts, or in the tops of the growing parts of the clouds, known as top-seeding.

When you do top-seeding, at around 20,000ft (6km) you’ll fly right around the edge of the storm, tracking the main cell either visually or using radar. Things get pretty bumpy in these parts, says Ahlness, and then you’ve got a big internal updraft. Ice will form on the plane, confirming that you’ve flown through an area of liquid water, and then there’s a sharp lurch with the big downdraft. From there, you maneuver between updraft and downdraft, back and forth, until the storm changes in intensity or moves out of the area. 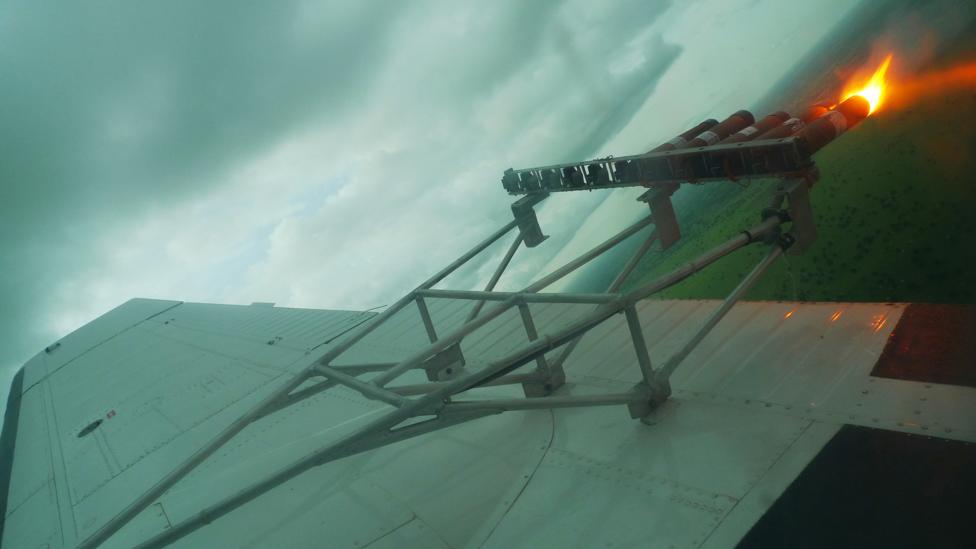 The salts are fired from a flare rack carried on the aircraft (Credit: Jean Francois Berthoumieu)

But weather modification is not one-size-fits-all. No two storms, and no two clouds are exactly alike.

Before you start a seeding experiment, it’s really important to understand the natural clouds in the area where you want to do your experiment, says Roelof Bruintjes, project scientist at the National Center for Atmospheric Research and chair of the WMO’s expert team on weather modification. You can’t simply transfer tactics and results from one area to another; instead, you have to ask: are there clouds, and are those clouds amenable?

Cloud type, background particles in the atmosphere, and level of pollution all play critical factors. In landlocked North Dakota, for example, the droplet size of clouds is quite small. In tropical, moisture-heavy Thailand, on the other hand, the clouds behave differently. When Bruintjes consulted a project on the Indonesian island of Sulawesi, he found that since maritime clouds already contain salt particles from the sea, seeding won’t accomplish anything.

In countries like Libya, Qatar, and the UAE, where rain only falls in the winter months, it is impossible to seed in the arid, cloudless summers.

Terblanche says that the WMO is trying to do its best to provide guidance to countries interested in weather modification. The WMO website offers documents that Terblanche describes as a “step-by-step sort of recipe,” including a basic set of best practices and a structured, long-term plan. Countries are advised to find reputable international scientists, such as Bruintjes and Berthoumieu, to provide tailored consulting and guidance. But not all do so. 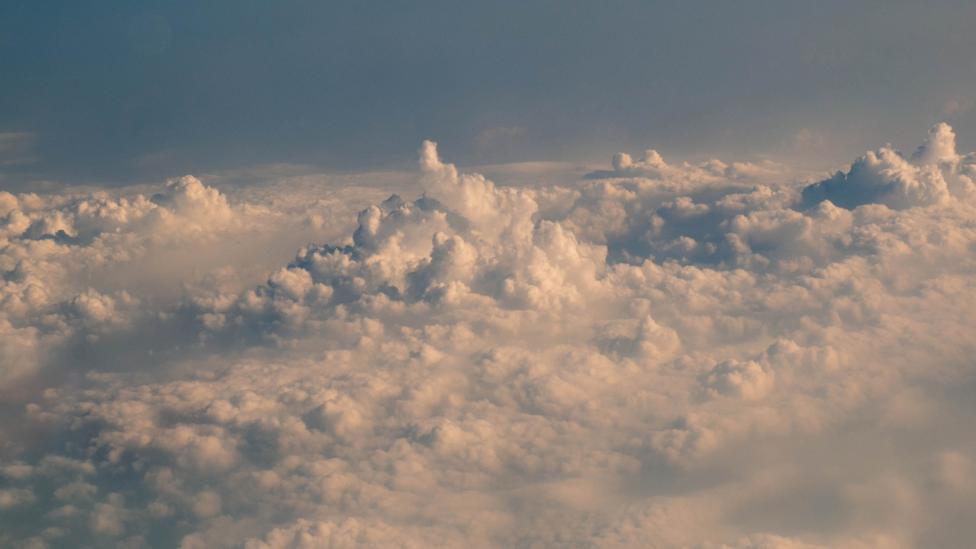 One method is to fly above the clouds and release rain-encouraging salts onto them (Credit: Getty Images)

“Water is basically a global problem, and it’s going to be the problem of the century,” says Bruintjes. He says that water conservation is a long-term effort, and cloud seeding is one possible tool. Before coming to the US, Bruintjes began his career in South Africa, studying cloud modelling and physics while contributing to early cloud-seeding projects. Recently, Bruintjes was told by Chad’s government that they wanted to preserve more water in the country’s north: if drought forced people into the south, violent conflict would ensue.

But, perhaps blinded by desperation, many don’t understand the actual capabilities and limitations of cloud seeding. “You can’t hook a chain to clouds and drag them where you want,” says Ahlness. And once a drought has already descended, it’s too late: there’s no precipitation there to enhance. People – and governments – may expect big results, but pilots can only work with what nature offers.

With requests from around the world tumbling in faster than ever, Bruintjes says that scientists and consultants must be careful not to make unsubstantiated claims or impossible promises.

It’s still a bit worrying, because I think the public hasn’t got a very realistic understanding of what this is all about - Deon Terblanche, World Meteorological Organization

“It’s still a bit worrying, because I think the public hasn’t got a very realistic understanding of what this is all about,” says Terblanche. He explains that in some regions of the world, people think that weather modification interferes with divine creation; in others, people mistakenly believe that cloud seeding in one region steals moisture from another; elsewhere, people fear that it causes flooding.

Terblanche confirms that all of these fears are unfounded, though given the growing number of projects taking off across the globe, he says that better communication and scientific understanding need to be established.

Some weather modification projects are very questionable, says Terblanche. Russia and China still invest in hail suppression, which lacks all scientific support, and some of their cloud-seeding techniques remain controversial. Other countries often launch short-term weather interventions in response to political pressure, rushing into projects based on shaky science.

Berthoumieu has encountered individual pilots, local businesses, and entire branches of government that have faked rain-making, claiming credit for storms that formed naturally. While Berthoumieu believes that rain enhancement is one way to adapt to a heating planet, he is wary of over-reliance. He stresses the importance of year-round conservation, and when he consults a project, he insists that 20% percent of its funding be allocated to scientific research and verification. His skepticism of empty political gestures has led him to turn down requests from some countries unwilling to meet this requirement. Unfortunately, many of the countries struggling most with water resources lack the capabilities to launch these projects–and even if they do invest, they might not be getting the right expertise and resources. 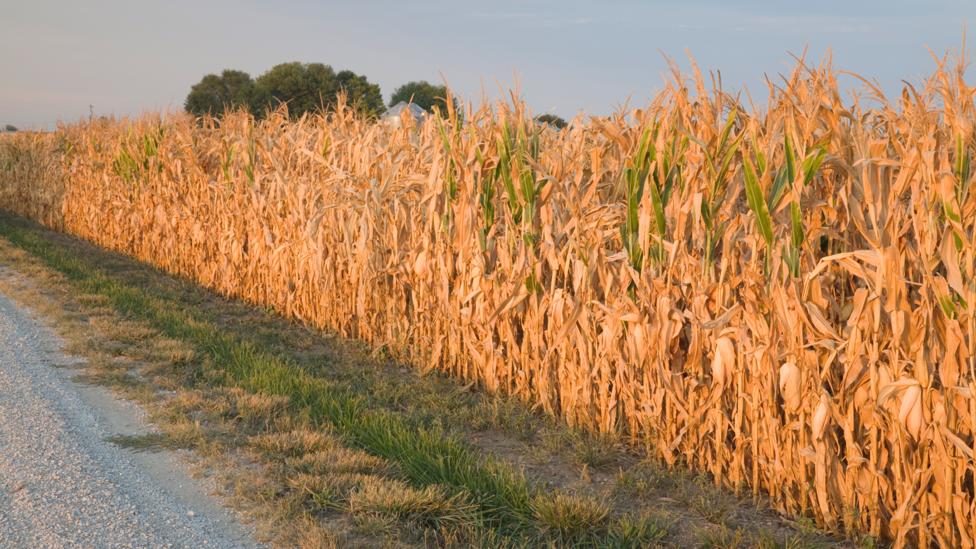 Recently, China has invested in some of the world’s largest weather modification efforts – in 2011, the government spent $150m in just one region. In 2015, the UAE spent $558,000 on seeding operations, and is now issuing a $5m Rain Enhancement Programme promoting better research and understanding, an initiative that has the potential to make a major difference.

Some newer technologies are also starting to emerge. Unmanned aircraft, or drones, are coming into play; the Nevada Desert Research Institute, for example, is already using drones to seed clouds. As to whether drones could replace airplanes later down the line, Bruintjes gives a cautious “yes”.

But what remains to be seen is whether the science can keep up with growing demand and desperation. Clouds continue to be complex and mysterious creatures, and getting a fuller understanding of atmospheric science, says Bruintjes, is still the biggest challenge.

But at least, for now, we can fly up inside them, and get the clouds to shake out a little more rain. While the world struggles to find more ways to cope with its worsening water crisis, it’s a start.

Journey: Upgraded
1How to take the pain out of flying
HyperDrive
2Why don’t we have helicopter airliners?
future
3How Spitfires almost went supersonic
Best of BBC Future
4The American Concordes that never flew
Around the BBC