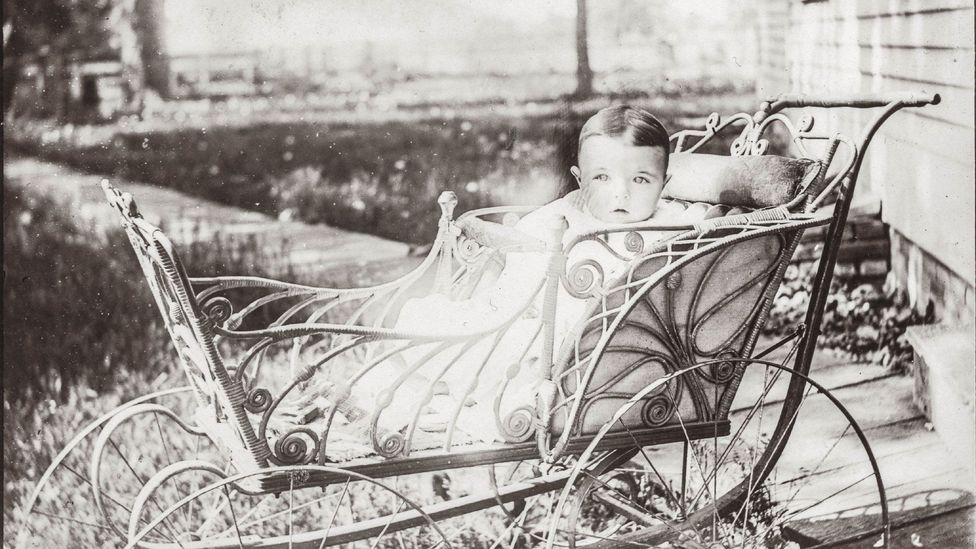 By Zaria Gorvett 26th July 2016
Babies are sponges for new information – so why does it take so long for us to form your first memory? BBC Future investigates.

You’re out to lunch with someone you’ve known for a few years. Together you’ve held parties, celebrated birthdays, visited parks and bonded over your mutual love of ice cream. You’ve even been on holiday together. In all, they’ve spent quite a lot of money on you – roughly £63,224. The thing is: you can’t remember any of it.

From the most dramatic moment in life – the day of your birth – to first steps, first words, first food, right up to nursery school, most of us can’t remember anything of our first few years. Even after our precious first memory, the recollections tend to be few and far between until well into our childhood. How come?

This gaping hole in the record of our lives has been frustrating parents and baffling psychologists, neuroscientists and linguists for decades. It was a minor obsession of the father of psychotherapy, Sigmund Freud, who coined the phrase ‘infant amnesia’ over 100 years ago.

Probing that mental blank throws up some intriguing questions. Did your earliest memories actually happen, or are they simply made up? Can we remember events without the words to describe them? And might it one day be possible to claim your missing memories back? 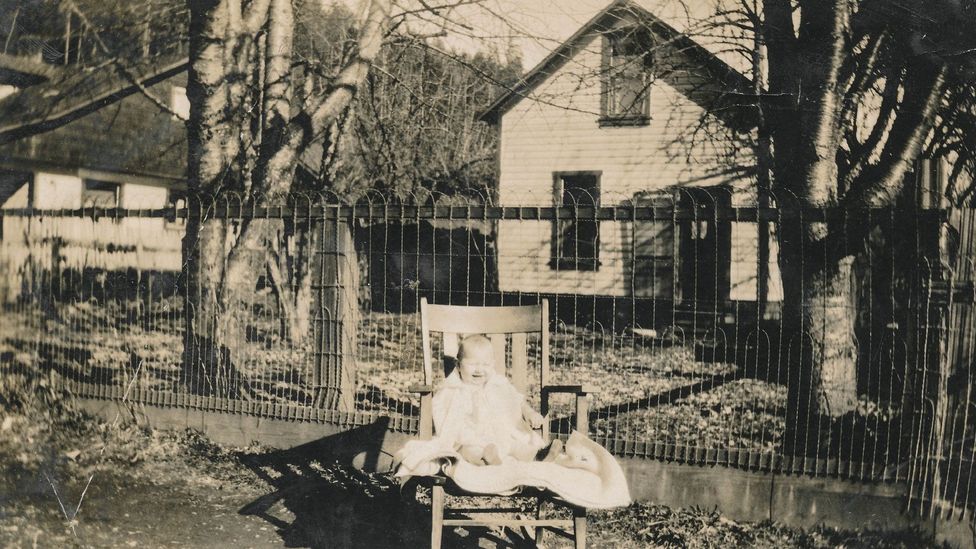 Babies are sponges, absorbing information at an astonishing rate - yet they fail to form clear memories of events (Credit: simpleInsomnia/Flickr/CC-BY-2.0)

Part of the puzzle comes from the fact that babies are, in other ways, sponges for new information, forming 700 new neural connections every second and wielding language-learning skills to make the most accomplished polyglot green with envy. The latest research suggests they begin training their minds before they’ve even left the womb.

But even as adults, information is lost over time if there’s no attempt to retain it. So one explanation is that infant amnesia is simply a result of the natural process of forgetting the things we experience throughout our lives.

An answer comes from the work of the 19th Century German psychologist Hermann Ebbinghaus, who conducted a series of pioneering experiments on himself to test the limits of human memory. To ensure his mind was a completely blank slate to begin with, he invented the “nonsense syllable” – a made-up word of random letters, such as “kag” or “slans” – and set to work memorising thousands of them.

His forgetting curve charts the disconcertingly rapid decline of our ability to recall the things we’ve learnt: left alone, our brains throw away half of all new material within an hour. By Day 30, we’ve retained about 2-3%.

Crucially, Ebbinghaus discovered that the way we forget is entirely predictable. To find out if babies’ memories are any different, all we have to do is compare the charts. When they did the maths in the 1980s, scientists discovered we recall far fewer memories between birth and the age of six or seven than you would expect. Clearly something very different was going on. 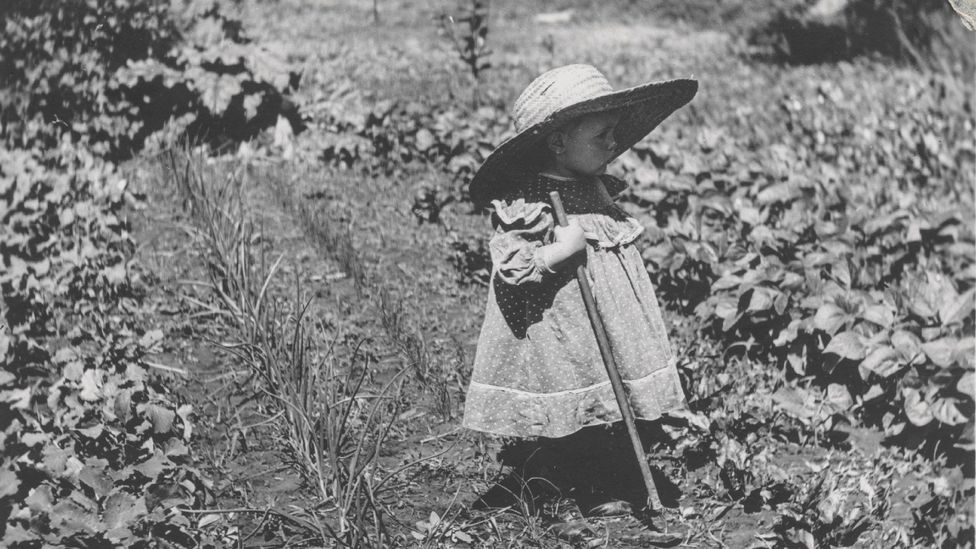 Our culture can detemine how our memories form and develop (Credit: simpleInsomnia/Flickr/CC BY 2.0)

Some people can remember events from when they were just two years old, while others may have no recollection of anything until they were seven or eight.

Intriguingly, the veil lifts earlier for some than for others. Some people can remember events from when they were just two years old, while others may have no recollection of anything that has happened to them for seven or eight years. On average, patchy footage appears from about three-and-a-half. More intriguingly still, discrepancies in forgetting have also been observed from country to country, where the average onset of our earliest memories can vary by up to two years.

Could this offer some clues to explain the blank beforehand? To find out, psychologist Qi Wang at Cornell University collected hundreds of memories from Chinese and American college students. As the national stereotypes would predict, American stories were longer, more elaborate and conspicuously egocentric. Chinese stories, on the other hand, were briefer and more factual; on average, they also began six months later.

It’s a pattern backed up by numerous other studies. Those with more detailed, self-focused memories seem to find them easier to recall. It’s thought that a dash of self-interest can be helpful, since developing your own perspective infuses events with meaning. “It is the difference between thinking ‘There were tigers at the zoo’ and ‘I saw tigers at the zoo and even though they were scary, I had a lot of fun’,” says Robyn Fivush, a psychologist at Emory University.

When Wang performed the same experiment again, this time asking the children’s mothers, she found the same pattern. In other words, those with hazy memories: blame your parents.

Wang’s first memory is of hiking in the mountains around her family home in Chongqing, China, with her mother and her sister. She was about six. The thing is, until she moved to the US, she’d never been asked. “In Eastern cultures childhood memories aren’t important. People are like ‘why do you care?’” she says. 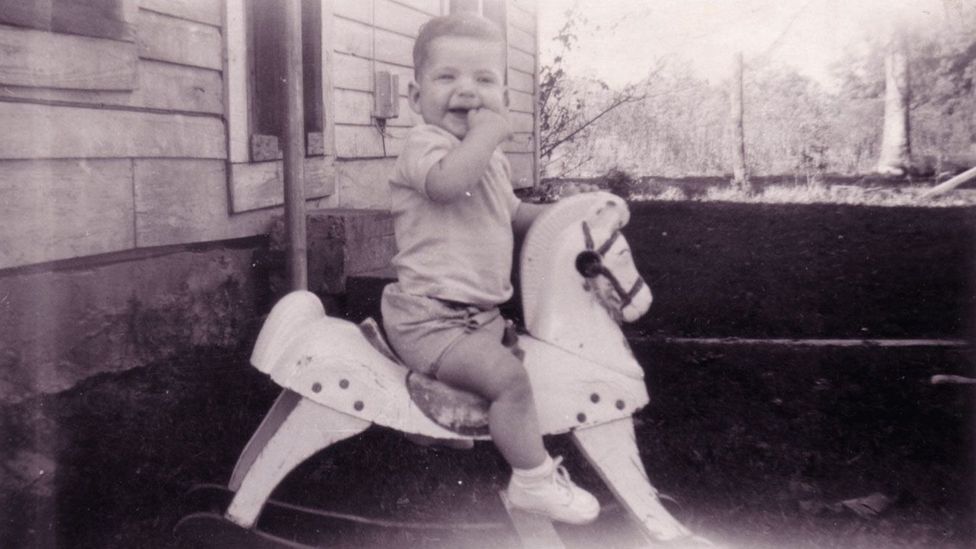 Some psychologists argue that the ability to form vivid autobiographical memories only comes with the power of speech (Credit: Kimberly Hopkins/Flickr/CC By 2.0)

“If society is telling you those memories are important to you, you’ll hold on to them,” says Wang. The record for the earliest memories goes to Maori New Zealanders, whose culture includes a strong emphasis on the past. Many can recall events which happened when they were just two-and-a-half.

Our culture may also determine the way we talk about our memories, with some psychologists arguing that they only come once we have mastered the power of speech. “Language helps provide a structure, or organisation, for our memories, that is a narrative.  By creating a story, the experience becomes more organised, and therefore easier to remember over time,” says Fivush. Some psychologists are sceptical that this plays much of a role, however. There’s no difference between the age at which children who are born deaf and grow up without sign language report their earliest memories, for instance.

After a botched operation to cure his epilepsy damaged his hippocampus, HM was unable to recall any new events

This leads us to the theory that we can’t remember our first years simply because our brains hadn’t developed the necessary equipment. The explanation emerges from the most famous man in the history of neuroscience, known simply as patient HM. After a botched operation to cure his epilepsy damaged his hippocampus, HM was unable to recall any new events. “It’s the centre of our ability to learn and remember. If it weren’t for the hippocampus I wouldn’t be able to remember this conversation now,” says Jeffrey Fagen, who studies memory and learning at St John's University.

Intriguingly, however, he was still able to learn other kinds of information – just like babies. When scientists asked him to copy a drawing of a five-pointed star by looking at it in a mirror (harder than it sounds), he improved with each round of practise – despite the fact the experience itself felt completely new to him. 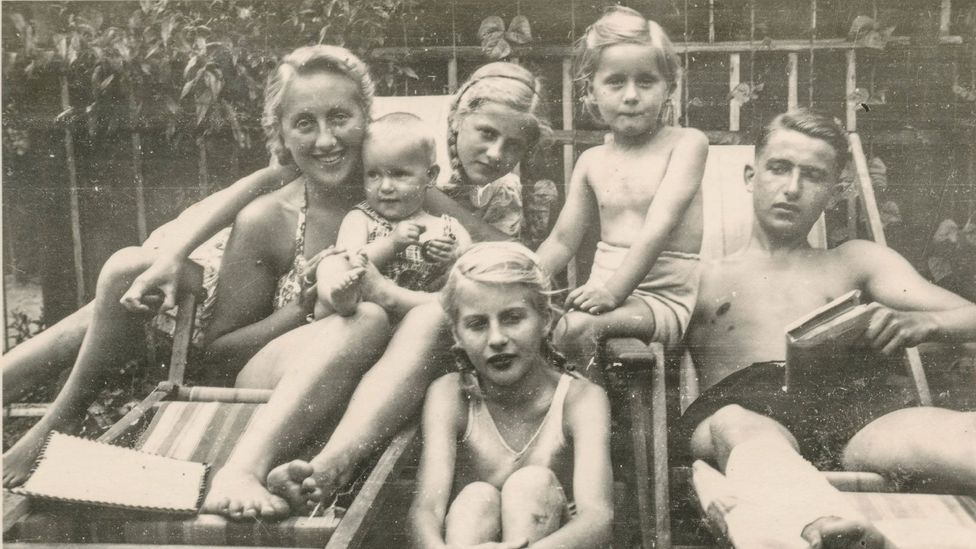 We can't always trust our early memories to be accurate - sometimes they will have been moulded by later conversations about the event (Credit: simpleInsomnia/Flickr/CC By 2.0)

Perhaps, when we’re very young, the hippocampus simply isn’t developed enough to build a rich memory of an event. Baby rats, monkeys and humans all continue to add new neurons to the hippocampus for the first few years of life and we all are all unable to form lasting memories as infants – and it seems that the moment we stop creating new neurons, we‘re suddenly able to form long-term memories. “For young babies and infants the hippocampus is very undeveloped,” says Fagen.

But is the under-formed hippocampus losing our long-term memories, or are they never formed in the first place? Since childhood events can continue to affect our behaviour long after we’ve forgotten them, some psychologists think they must be lingering somewhere. “The memories are probably stored someplace that’s inaccessible now, but it’s very difficult to demonstrate that empirically,” says Fagen.

We should be very wary about what we do recall from that time, though – our childhood is probably full of false memories for events that never occurred.

Elizabeth Loftus, a psychologist at the University of California, Irvine, has devoted her career to the phenomenon. “People can pick up suggestions and begin to visualise them – they become like memories,” she says.

Loftus knows first-hand how easily this happens. Her mother drowned in a swimming pool when she was just 16. Years later, a relative convinced her that she had discovered her floating body. It all came flooding back, until a week later the same relative called and explained she’d got it wrong – it was someone else.

Of course, no one likes to be told their memories aren’t real. To convince the sceptics, Loftus knew she’d need unequivocal proof. Back in the 1980s, she recruited volunteers for a study and planted the memories herself.

Loftus spun an elaborate lie about a traumatic trip to a shopping mall when they got lost, before being rescued by a kindly elderly woman and reunited. To make the event more plausible, she even roped in their families. “We basically said to our research participants ‘we’ve talked to your mother, your mother has told us some things that happened to you.’” Nearly a third of her victims fell for it, with some apparently recalling the event in vivid detail. In fact, we’re often more confident in our imaginary memories than we are in those which actually happened.

Even if your memories are based on real events, they have probably been moulded and refashioned in hindsight – memories planted by conversations rather than first-person memories of the actual events. That time you thought it would be funny to turn your sister into a zebra with permanent marker? You saw it in a family video. The incredible third birthday cake your mother made you? Your older brother told you about it.

Perhaps the biggest mystery is not why we can’t remember our childhood – but whether we can believe any of our memories at all.