This temple at Cholula dwarfs the Great Pyramid at Giza, yet it went unnoticed by Spanish invaders. Why?

They arrived in their thousands. Hardened by months of war with ferocious natives, near-starvation and exotic diseases, Hernan Cortez and his Spanish army marched into the great city of Cholula expecting a fight.

But this was a sacred city. Instead of investing in weapons, its inhabitants built temples; it was said they had a holy pyramid for every day of the year. After such generosity, their gods would surely protect them.

October 12th 1519 was a bloodbath on an unprecedented scale, leaving 10% of the city’s population dead

This was a grave error indeed. As the army stormed its streets, religious treasures were looted and the precious pyramids went up in smoke. Within three hours they had murdered 3,000 people. October 12th 1519 was a bloodbath on an unprecedented scale, leaving 10% of the city’s population dead.

Eventually the Spaniards settled in Cholula (now part of Mexico), erecting enough of their own buildings that the city is now known for having a church for every day of the year. The final touch – a symbol of their Christian conquest – is the Iglesia de Nuestra Señora de los Remediosa, built on what they thought was a large hill. 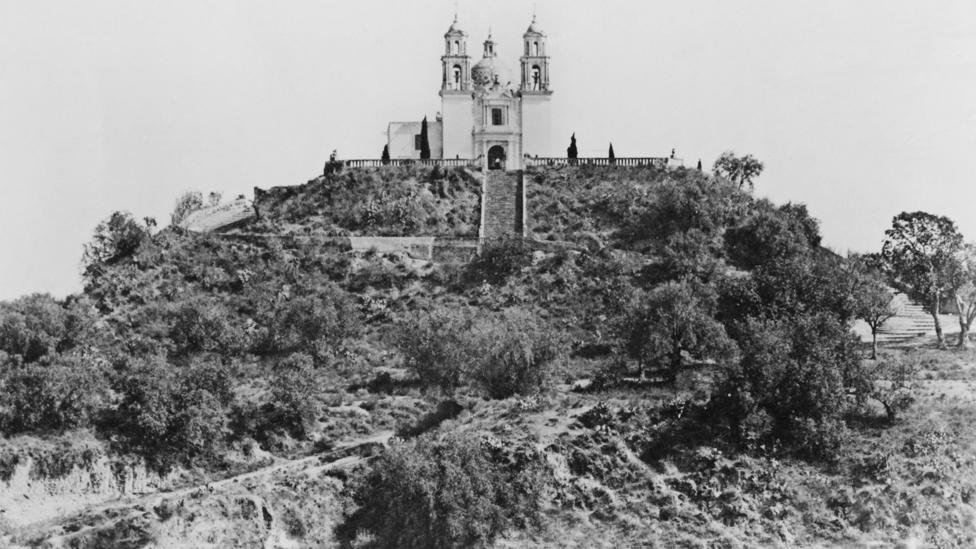 This view of the pyramid was taken in the early 20th century (Credit: Getty Images)

But not all is as it seems. Beneath the tiny church, hiding under tufts of grass, trees and soil, is an ancient pyramid of truly gigantic proportions. Standing 450 metres wide and 66 metres tall, from end to end the Great Pyramid of Cholula is equivalent to nine Olympic sized swimming pools.

For an obscure temple no one’s heard of, Cholula holds an impressive array of records: it’s the largest pyramid on the planet, with a base four times larger than the Great Pyramid at Giza and nearly twice the volume.

Never mind the largest pyramid – it’s the largest monument ever constructed anywhere, by any civilisation, to this day. To locals it’s aptly known as Tlachihualtepetl ("man-made mountain”). Thanks to the church on top, it’s also the oldest continuously occupied building on the continent.

The story goes that until the locals began construction of an insane asylum in 1910, nobody knew it was a pyramid. Certainly, by the time Cortéz and his men arrived, it was already a thousand years old and entirely concealed by vegetation.

Early excavations revealed a series of gruesome findings, including the deformed skulls of decapitated children.

Where did it come from? And why did it stay hidden for so long? 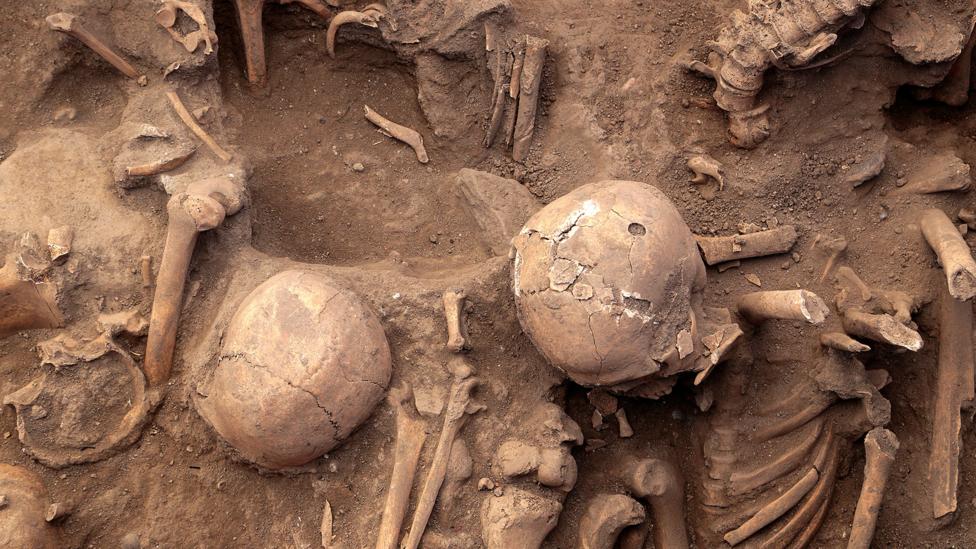 When the pavement was dug up in 2013 to enter the city’s drainage system, at least 63 skeletons were found from pre-colonial times (Credit: Getty Images)

It is not one pyramid at all, but a great Russian doll of a construction, consisting of no less than six, one on top of the other

Despite its enormous size, very little is known about the pyramid’s early history. It’s thought construction began around 300 BC; by who exactly remains a mystery. According to myth it was built by a giant. Most likely, the city’s inhabitants – known as the Choluteca – were a cosmopolitan mix. “It appears to have been multi-ethnic, with a great deal of migration,” says David Carballo, an archaeologist at Boston University, Massachusetts.

Whoever they were, they probably had a lot of money. Cholula is conveniently located in the Mexican highlands and was an important trading post for thousands of years, linking the Tolteca-Chichimeca kingdoms in the North with the Maya in the South.

Cortez called it "the most beautiful city outside Spain”. By the time he arrived, it was the second-largest city in the Aztec empire, though it had already exchanged hands numerous times.

And here there are even more surprises. In fact it’s not one pyramid at all, but a great Russian doll of a construction, consisting of no less than six, one on top of the other. It grew in stages, as successive civilisations improved on what had already been built.

“They made a conscious effort to maintain and in some cases display previous construction episodes.  This is pretty novel, and shows deliberate efforts to link to the past,” says Carballo. 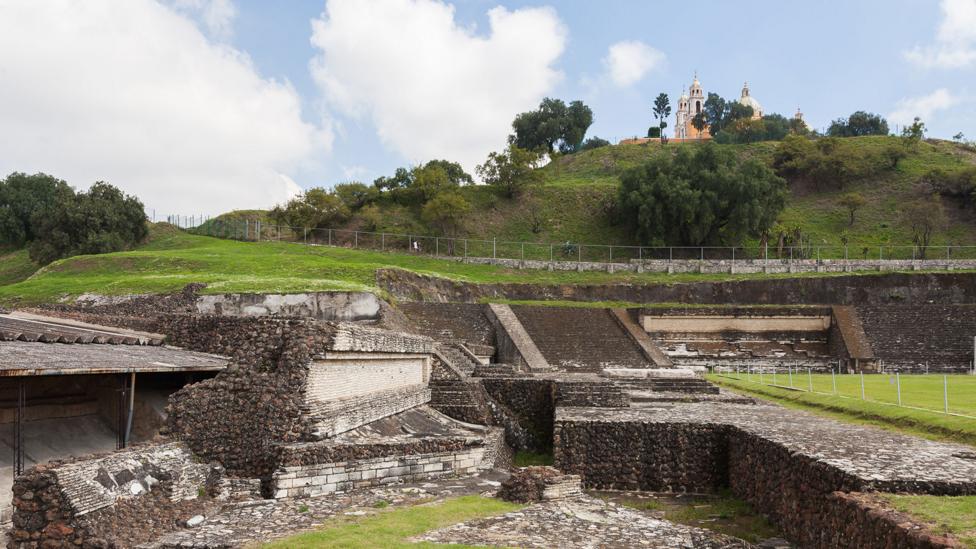 According to legend, when they heard the conquistadors were coming, the locals covered the precious temple with soil themselves. In fact it may have happened by accident. That’s because, incredibly, the largest pyramid in the world is made of mud.

“Adobe” bricks are made by mixing mud with other materials such as sand or straw, and baking it hard in the sun. To make the pyramid, the outer bricks were smoothed with more earth to create a painting surface. In its prime, the temple was covered in red, black and yellow insects.

In dry climates, mud bricks are extremely durable – lasting thousands of years. In humid Mexico, the mud creation was a fertile platform for tropical jungle. “It was abandoned sometime in the 7th or 8th Century CE. The Choluteca had a newer pyramid-temple located nearby, which the Spaniards destroyed,” says Carballo.

The pyramid also had topography in its favour; the pyramid rests on a natural platform in an area which is almost completely mountainous.

Today the city has reclaimed their pyramid, which can be explored via over five miles of tunnels constructed in the early 20th Century. Nearly 500 years after the colonial conquest, the city must contend with a new invasion: tourists. 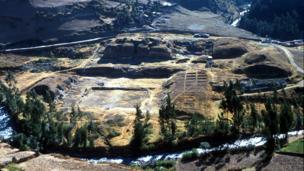 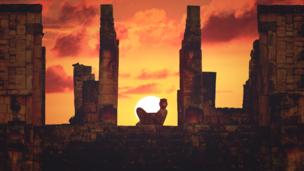 The Maya's most unexpected invention 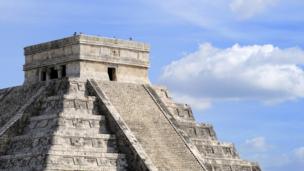 The Maya secrets spotted from the sky 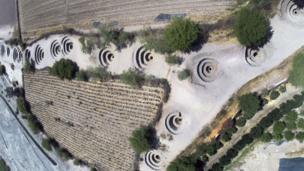 The Nasca mystery solved from space