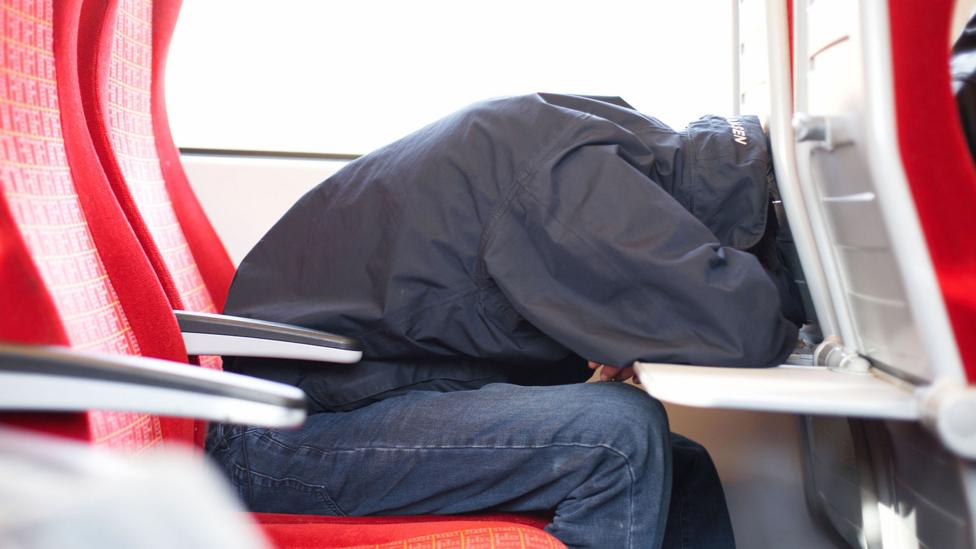 By David Robson 18th August 2016
After many injuries and neurological illnesses, people often face a mysterious, unimaginable exhaustion that can last for years. Why?
O

One night in 1999, Danny found himself in the middle of a fight in a nightclub toilet. He was out celebrating his friend’s 21st birthday party in London’s East End, and he was young and drunk and cocksure. “They can’t do nothing to me,” he assured his friend. The argument ended with him punching the group’s ringleader.

It was, he says, “the worst mistake I ever made.” Soon, five men were piling on top of him. Danny’s injuries were so serious that he remained in a coma for three weeks – the doctors feared he was brain dead – but eventually he woke up. With rehabilitation therapies, he eventually recovered his speech and memory, but no matter how much progress he made, one symptom remained – a terrible, crushing exhaustion.

Seventeen years later, it’s still there – a fatigue that clouds and confuses his mind, so that coping with everyday activities becomes a formidable test of endurance. He’ll start forgetting basic information, like his computer passwords, for instance, or heading home from work, he’ll find that he’s taken the wrong train or bus. A simple phone conversation with his bank will leave him irritable and drained.

“To be honest, it can come at any minute, at any time,” he tells me. “Working too much doesn’t help it, but if I don’t work at all it’s still there.” The only relief, he says, is to lie down in total silence, as his brain slowly recharges.

It took years for Danny to be told the medical explanation for that exhaustion – and yet it is by no means unique. While many of the physical and verbal problems are well known, “cognitive fatigue” is one of the most disabling symptoms of a range of neurological disorders – and an important barrier to recovering a more active life. 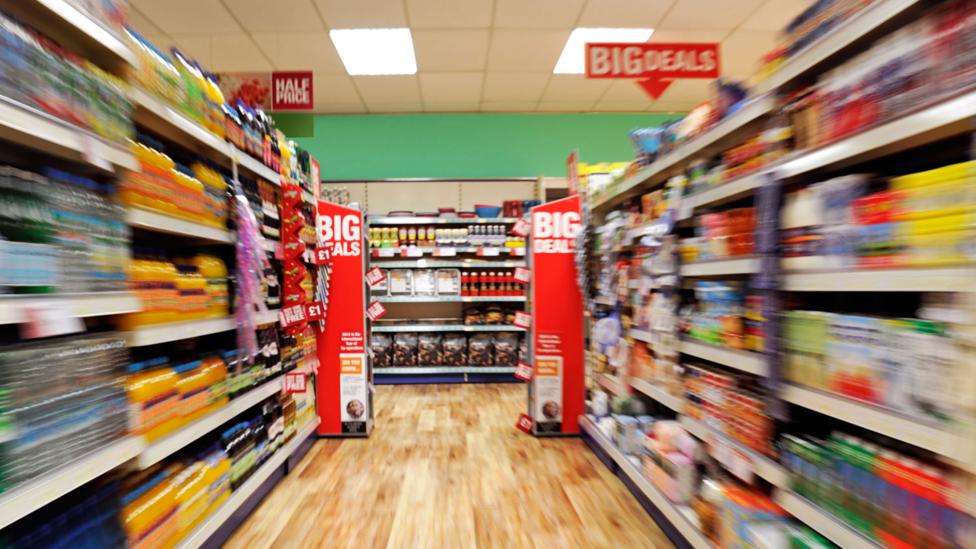 Even a simple trip to the supermarket can be overwhelming for people suffering from cognitive fatigue (Credit: Alamy)

I meet Danny at Headway East London in Hackney, a charity supporting people affected by brain injury, where he previously attended as a member and then as a long-service volunteer. It is a buzzing hub of activity, with the members’ colourful artwork plastering the walls and the air filled with the sounds of a music-therapy session in full swing. He now works as a peer mentor for brain injury survivors and emphasises that he is not still the aggressive young man in the club that night. “I’ve become a new person, a nicer person, I’m calm,” he says – although the cognitive fatigue can make him frustrated and bad-tempered.

Danny says that many of the members he encounters at Headway have also been battling fatigue, but most believed they were facing the problem alone. “They know they’re tired, but they don’t know why. They don’t know the name for it.”

People say it’s as if the brain shuts off, or it’s like a wave that sweeps over them out of nowhere

In fact, studies suggest that when they are asked to open up about their symptoms, more than 60% of people with brain injury report it as one of their primary symptoms. “It’s absolutely huge,” says Donna Malley at the Oliver Zangwill Centre for Neuropsychological Rehabilitation in Ely, UK. “But even in the clinical services that support people with brain injury, there’s a lack of understanding. People aren’t even being asked if they experience fatigue as a symptom.”

Often, she says, it is the more immediate, physical symptoms that have absorbed the doctors’ attention. After a brain injury, the doctor’s primary concern is whether the patient is able to feed, dress and wash themselves – whereas the fatigue may only become apparent much later, as they try to go about their daily lives.

Further misunderstandings may come from the fact that cognitive fatigue is quite different from the everyday tiredness that comes with normal exertion. For one thing, most of us can predict when we will feel tired – on a Friday afternoon, for instance, or after a day in the lecture theatre – whereas cognitive fatigue arrives unpredictably. “It comes out of blue,’” says Malley. “One of the common phrases is that it’s as if the brain shuts off, or that it’s a wave that sweeps over them out of nowhere.” Others describe it as a mental fog, or they talk of “treacle brain”, or they say that it feels as though all the mind’s cogs have ground to a halt. “It’s like the world is happening too fast around them,” says Malley. Even the sights and sounds of a supermarket, and the challenge of deciding what milk to buy, can feel like too much stimulation, she says.

You just can’t be bothered with anything. You have no enthusiasm, you lack motivation – Danny

Danny can identify with many of these points. Sometimes it will bring about irritability and mood swings. “It’s a domino effect,” says Danny. “When my fatigue kicks in and is fully blown – I’m just no good to no one.” He’s now the father of a one-year-old son, and child-care can be a particular challenge. “My young boy, he’s full of beans 24/7, and I find it hard to keep up with him,” he says. The cognitive fatigue can also manifest as a general mental inertia. “You just can’t be bothered with anything. You have no enthusiasm, you lack motivation.”

For some brain injury survivors, these hurdles feel insurmountable. “The fatigue means that they are often unable to start or continue working,” says Natasha Lockyer, an occupational therapist who works at Headway East London. “It has affected their personal relationships, their family life and their ability to make decisions. Some people just shut off – they become almost disconnected from the world around them.” 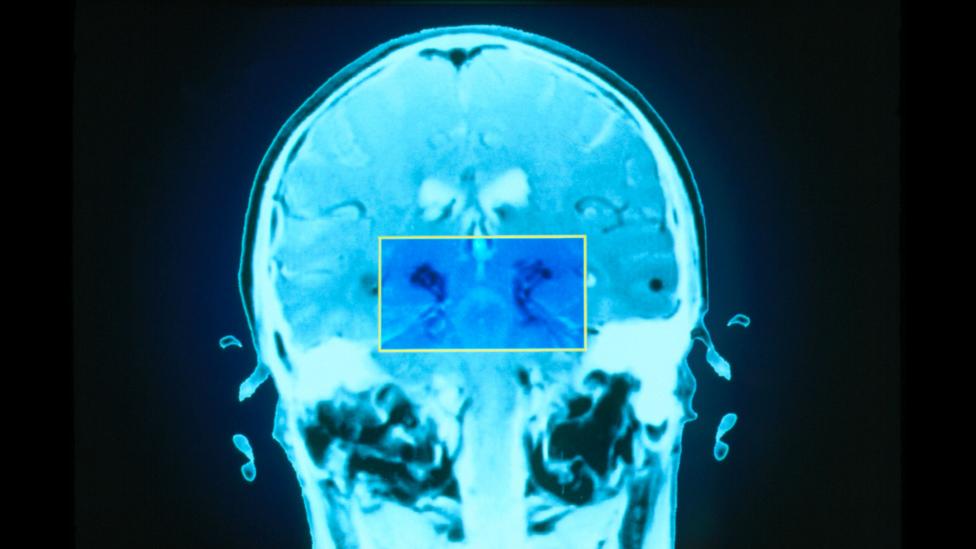 Fatigue may arise from damage to the basal ganglia, highlighted here in the brain of someone with Parkinson's disease (Credit: Science Photo Library)

Little wonder that many people are desperate for a cure. It is such a complex problem, however, that doctors are still struggling to explain exactly why the brain damage creates those feelings, however – despite many efforts to pin down the mechanism.

Perhaps, if certain connections are damaged, then the brain is not so efficient at transmitting information, so it gets tired more quickly

To measure someone’s fatigue, scientists either ask patients to fill out questionnaires, or they use simple cognitive tests to study the way performance changes over time, as a sign of the brain tiring. Confusingly, the severity of the fatigue does not necessarily correspond with the extent of the brain damage, but a few regions have been implicated. These include areas linking the frontal cortex – the wrinkled, bark-like surface of the brain just behind the eyes that is involved in conscious, analytical thought, attention and memory – with areas deeper in the brain, such as the knotty “basal ganglia” and the almond-shaped amygdala, regions involved in automatic, instinctive actions and behaviours. “Perhaps, if certain connections are damaged, then the brain is not so efficient at transmitting information, so it gets tired more quickly,” says Malley. If so, any mental task may take a bit more energy to process, meaning your reserves are more apt to run down after brief exertion.

Ekaterina Dobryakova, a research scientist at the Kessler Foundation in West Orange, New Jersey, has been investigating one particular network – the corticostriatal circuit – which is involved in processing pleasure and motivation in the brain. “It’s the network activated when you win $1,000 in a casino or when you eat a burger at the end of the day, or when you get feedback from a teacher in class.” Normally, the prefrontal cortex and the basal ganglia ping signals back and forth comparing the effort of an activity with the potential reward. This depends on the neurotransmitter dopamine, and if the dopamine production is disrupted, this mental calculation may go awry, so that even the most mundane activity would feel like an uphill struggle, she speculates.

Crucially, people with neurodegenerative disorders like MS, and certain forms of brain injury, do seem to have abnormal activity in these regions, and those differences appear to correlate with the levels of fatigue.

If dopamine signalling does play a role, relief may come from drugs that boost levels of the neurotransmitter washing around the brain’s synapses. So far, early clinical trials of one such drug, methylphenidate (commonly known as Ritalin) have shown promising results for people with cognitive fatigue resulting from traumatic brain injury and ongoing trials are also investigating whether it may reduce the exhaustion that comes with MS too. It is still only one piece of a very large puzzle, though, and there are probably many other factors, such as increased anxiety, problems with attention, memory and communication, and mood, that could all cause the mind to tire more easily. 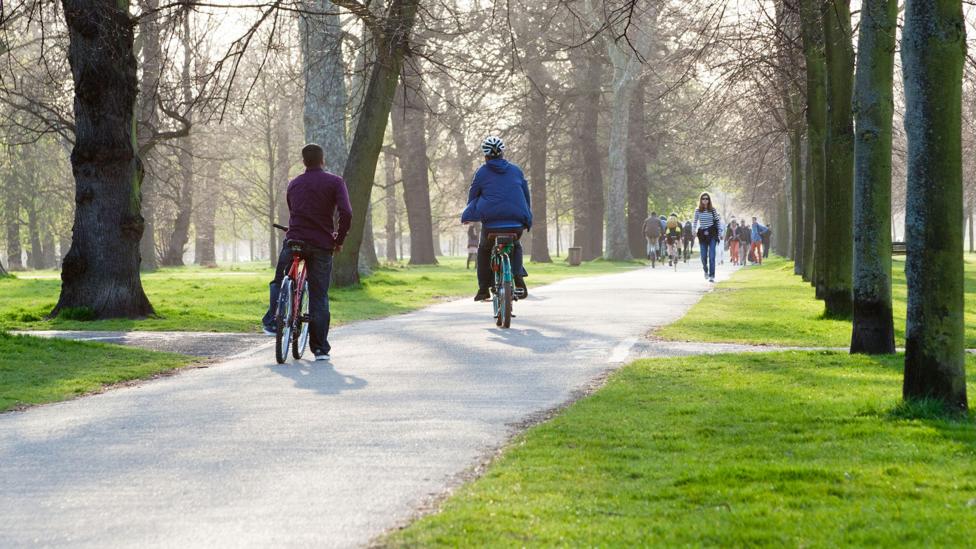 The definition of rest is personal - some people prefer a walk in the park, others might feel energised by listening to loud rock music (Credit: Alamy)

For the time being, occupational therapists like Malley and Lockyer help their clients manage their fatigue with practical changes to their routine. They may first try to get them to understand and describe the symptoms, before learning to come to notice the early warning signs. “It might be a ringing in their ears, or difficulty seeing – you might feel clumsier, lower in mood, more anxious, or more intolerant of the world around you,” says Malley. Having learnt to identify those signs, the client might find a way to manage their activities, so they can recharge their batteries before their energy is completely depleted.

Importantly, rest does not necessarily mean inactivity, which might cause some people to become more anxious, as their head whirs with all the work they still need to do. “Sometimes it can mean going out and doing something physical – that change of activity can energise people mentally,” Malley says. Studies have shown that mindfulness meditation has also helped alleviate the fatigue of some brain injury survivors.

Lockyer agrees that the definition of “rest” is personal. “It might be meditation or listening to rock music or having a walk in the open or sitting in a quiet space.” Although complete recovery is unlikely, she says significant improvements are possible. “A positive end goal can be for someone to feel like they are empowered to control their fatigue.”

By the end of my short conversation with Danny, his fatigue is already building again; it’s visible in the way he moves and audible in his trailing sentences. As part of his therapy, he has kept a diary for the past 10 days, a first step to finding the most common triggers for his fatigue, but he’s cautious about expecting too much change immediately. He would like to see more medical treatments, but first of all he thinks that more people should know about these unrecognised issues. “There are support groups for everything, and they should have one for cognitive fatigue,” says Danny. “I think it would be well attended.”

David Robson is BBC Future’s feature writer. He is @d_a_robson on Twitter. Danny recently told his story for Headway's Who Are You Now project, which you can read here.

Best of BBC Future
1Why are we all so tired?
Health
2The people who barely sleep
In Depth
3The man who can't trust his own brain
Mosaic@Future
4The brain’s miracle superpowers
Around the BBC