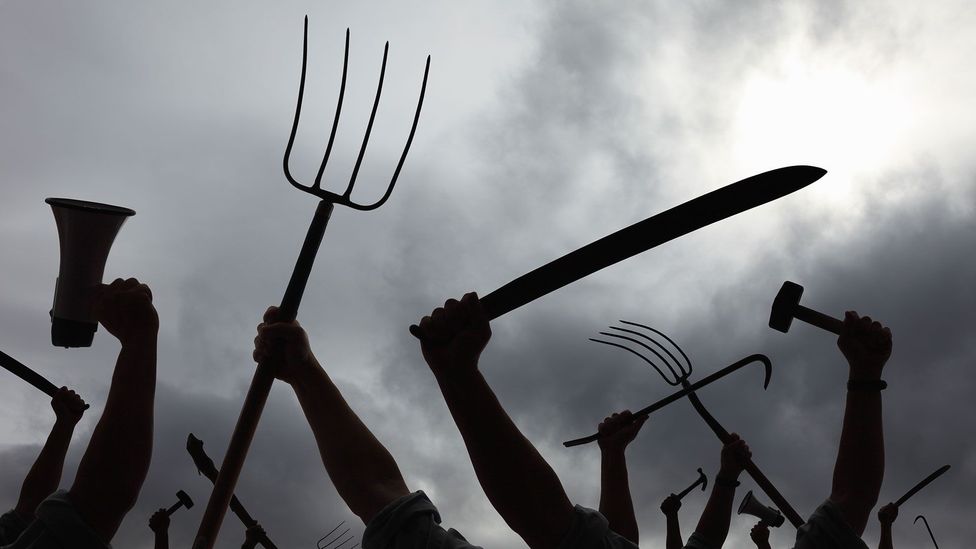 By Zaria Gorvett 24th August 2016
The freedom to live where you like, a good education and the internet: could these things be widening the gap between opposing political beliefs?
I

Imagine you’re in a bar, discussing the upcoming election with your friends. You admit you’re undecided. In fact, you can see both sides of the argument. They stare back at you as though you’ve just said you’d like to murder baby pandas.

Politics has never seemed more tribal. In America, it’s Donald Trump vs Hillary Clinton. In Europe, it’s the Europhiles vs the Eurosceptics. In Turkey, it’s the Islamists vs the secularists.

In the US, Australia and Europe, the gap between liberals and conservatives, the left and the right is widening. Look at social media, and it can feel like antipathy towards the other side is becoming increasingly intense.

In the US, for example, “very unfavourable” views of the other party more than doubled between 1992 and 2014, according to polls by the Pew Research Center. Fast-forward to 2016 and most – as opposed to just many – Republicans and Democrats view the opposition in deeply negative terms. Of nearly 5,000 people surveyed, over half believe the opposition is “closed-minded”, while around four in 10 are convinced supporters of the rival party are more “lazy”, “immoral” and “dishonest” than other Americans.

Antipathy towards the other side is becoming increasingly intense

So, what might be driving this tribalism? Psychological research reveals subconscious forces, which – in the face of facts, experience or better judgement – prevent people seeing alternative points of view and push them into ever-more-partisan camps. And some scientists believe that many aspects of 21st Century living could be creating the perfect conditions for falling victim. In fact, from where people live to what they read, modern life has an alarming power to entrench people’s political affiliations and views – without them even realising it.

One potential explanation is the so-called group polarisation effect. Discussing views with friends might seem like the perfect way to expose the flaws in thinking and hear similar but alternative points of view. It’s not. “If you put a group of like-minded people in a room, their attitudes generally become even more extreme,” says Jessica Keating, a psychologist from the University of Colorado, Boulder. 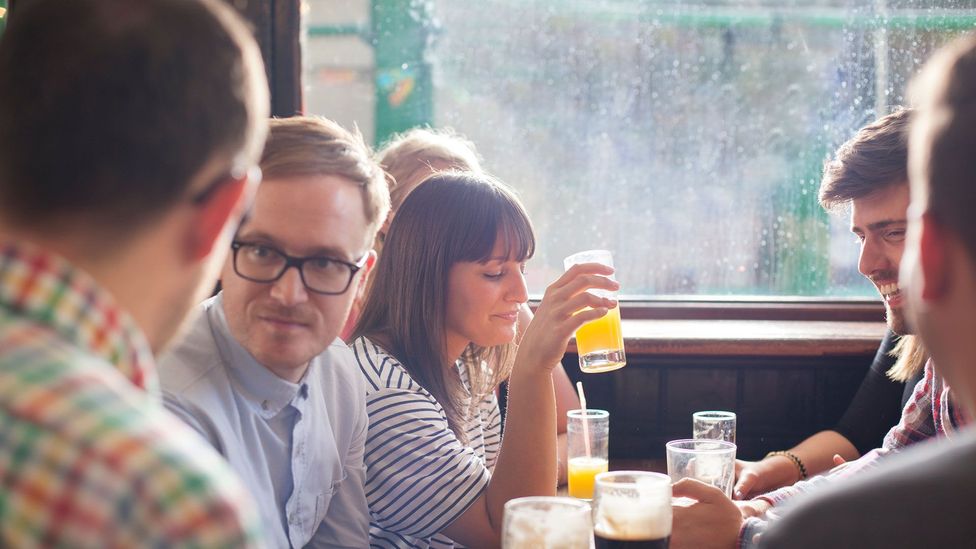 To test the idea, Keating and colleagues brought some undergraduate students into the lab to talk politics. In the first experiment, groups of like-minded individuals debated whether Barack Obama or George W Bush was the better president. In the second, whether they supported Barack Obama or Mitt Romney in the 2012 presidential election.

After the discussion, they were asked how they felt about that candidate now and what their original attitude had been before the experiment. As Keating expected, their attitudes were universally more extreme. Alarmingly, the shift happened in the space of just 15 minutes. And they had no idea it was happening.

"In the first study they had no idea their attitudes had polarised at all – in the second they vastly underestimated how extreme their views had become,” says Keating.

No one knows for sure what causes the effect, but it may simply be down to new information: spending time with like-minded people is likely to expose us to new arguments which further convinces us of our own views. Or perhaps it’s the result of trying to gain acceptance by the group.

The trouble is, it’s easier than ever for a person to cruise through life without meeting anyone who disagrees with them. It’s this intellectual vacuum which piqued the interest of Matt Motyl, a psychologist from Illinois University, Chicago. A few years ago, he began attending political events and religious services to strike up conversation with people he wouldn’t usually meet. 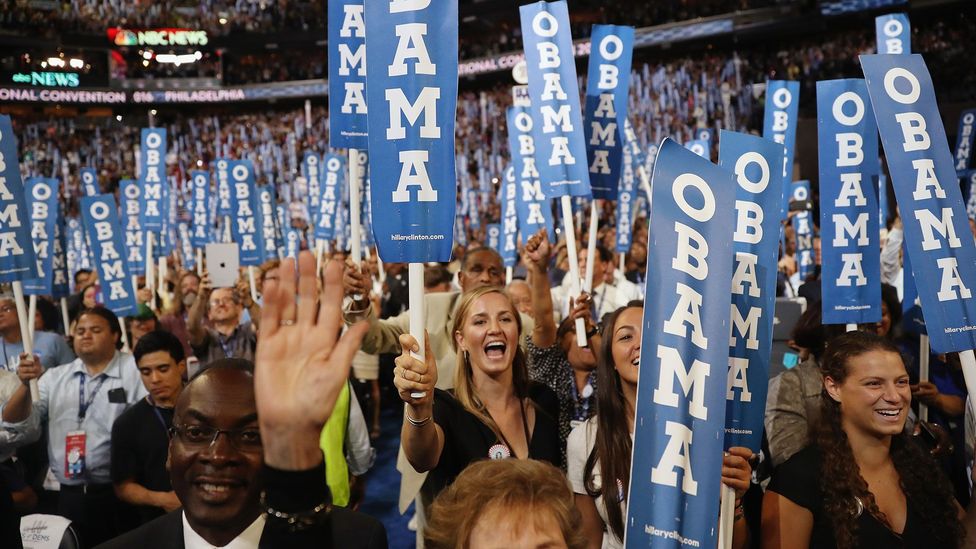 The illusion of false consensus can trick us into thinking most reasonable people agree with us (Credit: Getty Images)

“I’d come back to my predominantly liberal social circle and try to explain that the other side isn’t ignorant or malevolent,” he says. He faced harsh rebukes for his open-mindedness, including accusations of treachery. Motyl decided to find out what was going on.

It’s well known that political allegiances can often be visualised by simply drawing a line between the north and south on a map. “Even today, if you can only know one thing about a voter to predict their vote, zip code is among the best predictors,” says Jonathan Haidt, a psychologist from New York University. So Motyl wondered if it might have something to do with geography.

It’s a chicken and egg scenario – do people end up agreeing with their neighbours because they move, or because they’re influenced by where they’re living in the first place?

To find out, Motyl sifted through data from over a million US residents who had taken the implicit association test, an online survey which attempts to uncover those thoughts which are outside your conscious awareness, such as racial prejudice.

He was only interested in three things: where respondents currently lived, where they had lived the longest and their political ideology. Next he compared how the latter differed from the dominant views in these areas.

As it turns out, ideological misfits are significantly more likely to move – roughly eight out of 10, compared to five out of 10 conformists. Further, among those who leave, their new postcode is much more likely to be a stronghold for their own views. 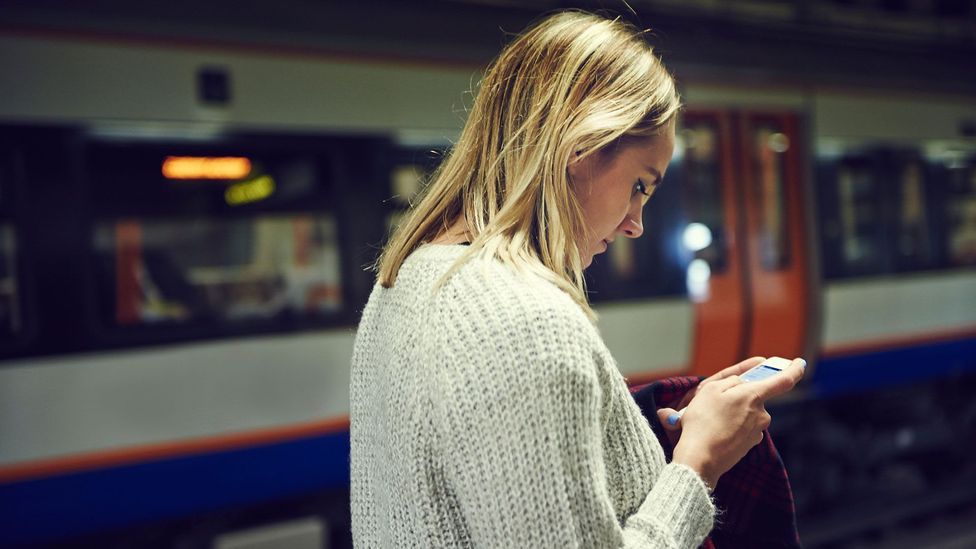 The average person spends over 12 hours a week glued to social media, which may be sheltering us from alternative views (Credit: Getty Images)

With so many people moving to be around their ideological compatriots, today the group polarisation effect is being played out on a massive scale. Even if someone has never moved house, one universal aspect of modern life is making it easier than ever to fall victim: the internet.

Online searches are increasingly personalised, meaning people are less likely to be exposed to new information which challenges their worldview. If two people type “Donald Trump” into the same search engine on the same day, they may well return two entirely different sets of results. On social media, this “filter bubble” plays out via the personalised news feed. “It's increasingly difficult for people to interact with politically dissimilar others. The other side may think you are immoral and downright weird,” says Motyl.

Even when we’re thinking consciously, many people choose media which reflects their views. With better access to these sources than ever before, on phones, laptops, televisions, there’s an endless stream of compelling partisan soundbites, facts and headlines competing for attention.

In fact whether it supports a political view or not, the more information you’re exposed to – the more likely you’ll emerge feeling assured you’re right.

“What we all ought to agree on is that people looking at the same objective evidence – their views should come together. What shouldn’t happen is for people to become more confident in opposing views in the face of the same evidence – but that’s what happens,” says Ross. This may also explain why people who are better educated tend to hold more extreme views.

But it gets worse. When an alternative perspective does slip through, it must run the gauntlet of numerous other in-built biases. “Many people suffer from what we call the objectivity delusion. They think any reasonable person ought to see things as they do and anyone who doesn’t is unreasonable – biased by their emotions or information they’ve been exposed to,” says Ross. 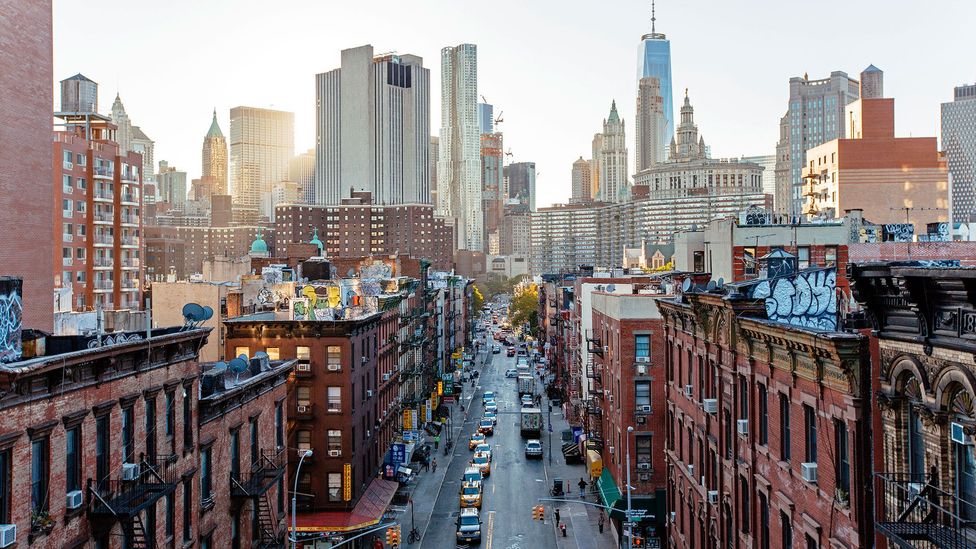 The desire to be around people who are politically similar can affect everyday decisions, from where we live to who we marry (Credit: Getty Images)

Perhaps the most dangerous of all is known as the illusion of asymmetric insight. First discovered in 2001, this is the belief that you understand the views of others better than they understand yours. Not only will members of a group usually think they understand other groups (such as those with alternative political ideology) better than the other way around, but that their knowledge of their own views is superior. There’s no need to listen to what others have to say – you probably understand their reasoning already.

These in-built errors may be leading to a dangerously fact-resistant public, prone to political distrust and enmity

Finally, there’s false consensus, which leads people to think that – knowing what they know – any reasonable person would agree with them. “That’s why we often see people really shocked after, let’s say, the Democratic Convention,” says Ross. Hillary supporters will have heard what she has to say and decided it was obviously true and any reasonable person will also agree with her – though this would also be true for Republicans.

These mental blind spots are not without risk. In elections, with little overlap between the views of one tribe and another, the losing side may feel angry and ignored. This is even more likely since polarisation is also known to reduce voter turnout in the first place. 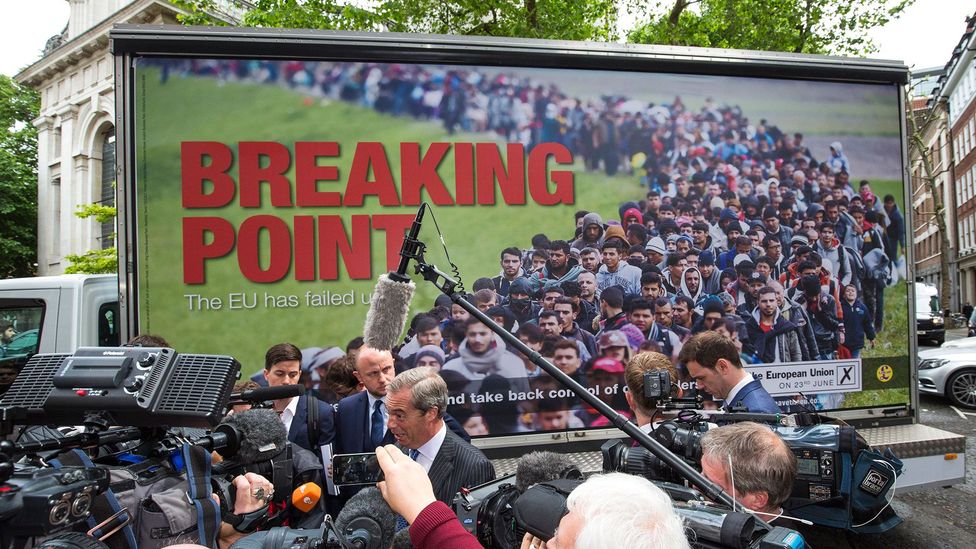 Across Europe, the gap between the political left and right is widening (Credit: Getty Images)

When combined with modern life, these in-built errors may be leading to a dangerously tribal public, prone to political distrust and enmity.

The intriguing caveat to all this is that, when surveyed, people often agree on more issues and policies than all the political mudslinging between groups might suggest. “Sure there’s polarisation in terms of how harsh the rhetoric is, but in terms of their views on specific issues, Trump supporters and Clinton supporters agree on lots of things,” says Lee Ross, a social psychologist at Stanford University.

However, whatever you do – don’t use this article to try to change someone’s mind. Given evidence against our beliefs, the “backfire effect” tends to make us believe our original views even more strongly. It looks like you’re unlikely to win that debate with your friends any time soon.

Personology
1Why we should pity vain narcissists
future
2The mind tricks to get better tips
In Depth
3Why are people so incredibly gullible?
Personology
4What your friends really think of you
Around the BBC