Loading
What If... | Food
What would happen if the world suddenly went vegetarian?
Share using EmailShare on TwitterShare on FacebookShare on Linkedin 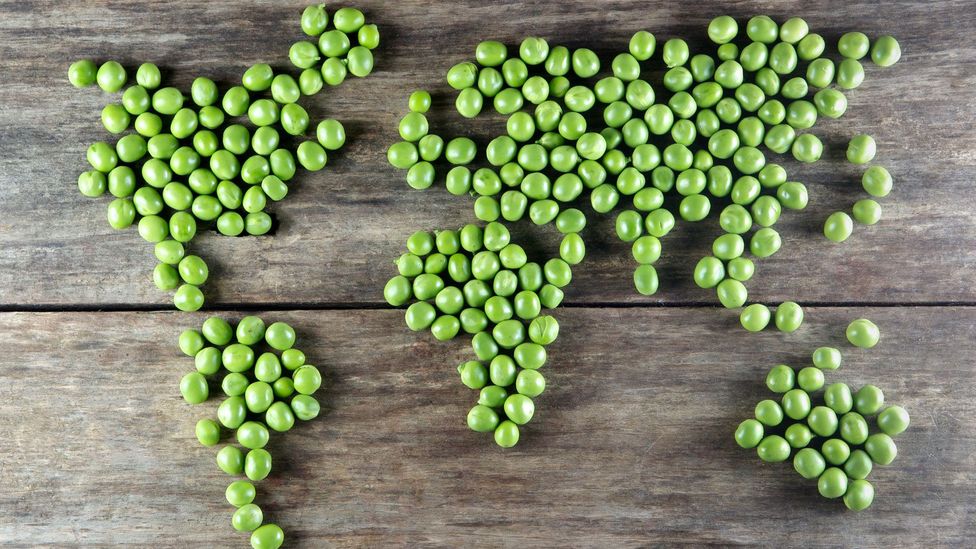 By Rachel Nuwer 27th September 2016
Eliminating meat from our diets would bring a bounty of benefits to both our own health and the planet’s – but it could also harm millions of people.
P

People become vegetarians for a variety of reasons. Some do it to alleviate animal suffering, others because they want to pursue a healthier lifestyle. Still others are fans of sustainability or wish to reduce greenhouse gas emissions.

No matter how much their carnivorous friends might deny it, vegetarians have a point: cutting out meat delivers multiple benefits. And the more who make the switch, the more those perks would manifest on a global scale.

But if everyone became a committed vegetarian, there would be serious drawbacks for millions, if not billions, of people.

“It’s a tale of two worlds, really,” says Andrew Jarvis of Colombia’s International Centre for Tropical Agriculture. “In developed countries, vegetarianism would bring all sorts of environmental and health benefits. But in developing countries there would be negative effects in terms of poverty.” 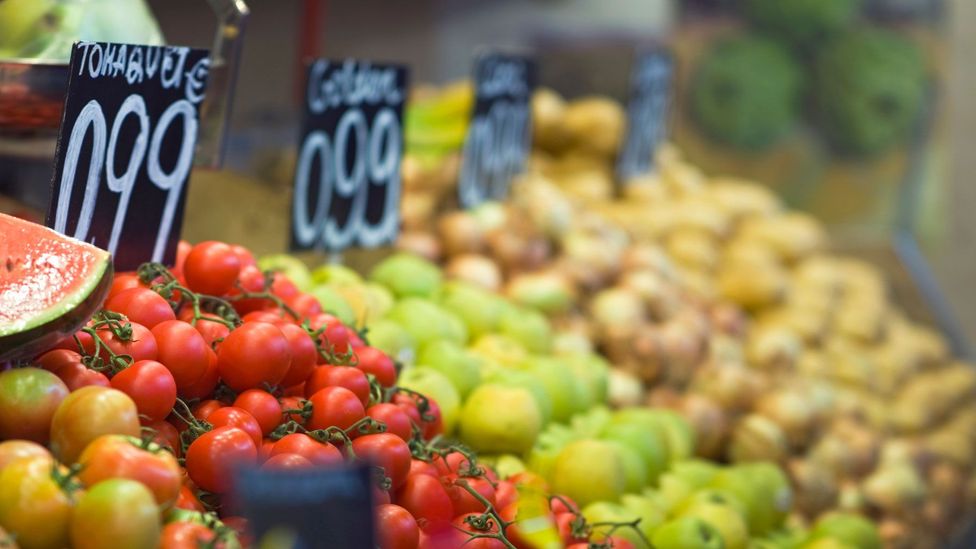 If vegetarianism was adopted by 2050, it would stave off about 7 million deaths per year, while veganism would knock that estimate up to 8 million (Credit: iStock)

Jarvis and other experts at the centre hypothesised what might happen if meat dropped off the planet’s menu overnight.

First, they examined climate change. Food production accounts for one-quarter to one-third of all anthropogenic greenhouse gas emissions worldwide, and the brunt of responsibility for those numbers falls to the livestock industry. Despite this, how our dietary choices affect climate change is often underestimated. In the US, for example, an average family of four emits more greenhouse gases because of the meat they eat than from driving two cars – but it is cars, not steaks, that regularly come up in discussions about global warming.

“Most people don’t think of the consequences of food on climate change,” says Tim Benton, a food security expert at the University of Leeds. “But just eating a little less meat right now might make things a whole lot better for our children and grandchildren.”

Marco Springmann, a research fellow at the Oxford Martin School’s Future of Food programme, tried to quantify just how much better: he and his colleagues built computer models that predicted what would happen if everyone became vegetarian by 2050. The results indicate that – largely thanks to the elimination of red meat – food-related emissions would drop by about 60%. If the world went vegan instead, emissions declines would be around 70%.

“When looking at what would be in line with avoiding dangerous levels of climate change, we found that you could only stabilise the ratio of food-related emissions to all emissions if everyone adopted a plant-based diet,” Springmann says. “That scenario is not very realistic – but it highlights the importance that food-related emissions will play in the future.” 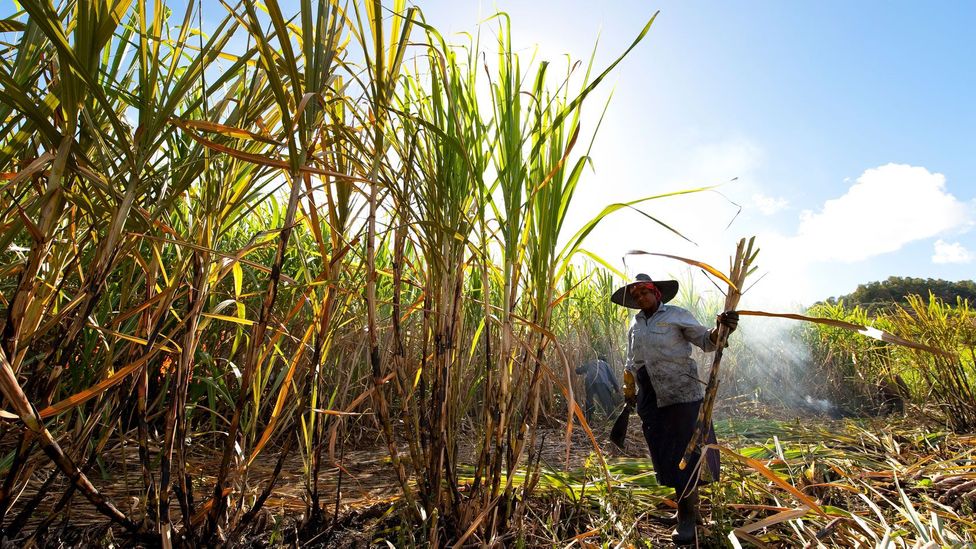 Food, especially livestock, also takes up a lot of room – a source of both greenhouse gas emissions due to land conversion and of biodiversity loss. Of the world’s approximately five billion hectares (12 billion acres) of agricultural land, 68% is used for livestock.

If everyone became vegetarian by 2050, food-related emissions would drop by 60%

Should we all go vegetarian, ideally we would dedicate at least 80% of that pastureland to the restoration of grasslands and forests, which would capture carbon and further alleviate climate change. Converting former pastures to native habitats would likely also be a boon to biodiversity, including for large herbivores such as buffalo that were pushed out for cattle, as well as for predators like wolves that are often killed in retaliation for attacking livestock.

The remaining 10 to 20% of former pastureland could be used for growing more crops to fill gaps in the food supply. Though a relatively small increase in agricultural land, this would more than make up for the loss of meat because one-third of the land currently used for crops is dedicated to producing food for livestock – not for humans.

Both environmental restoration and conversion to plant-based agriculture would require planning and investment, however, given than pasturelands tend to be highly degraded. “You couldn’t just take cows off the land and expect it to become a primary forest again on its own,” Jarvis says.

People formerly engaged in the livestock industry would also need assistance transitioning to a new career, whether in agriculture, helping with reforestation or producing bioenergy from crop byproducts currently used as livestock feed.

Some farmers could also be paid to keep livestock for environmental purposes. “I’m sitting here in Scotland where the Highlands environment is very manmade and based largely on grazing by sheep,” says Peter Alexander, a researcher in socio-ecological systems modelling at the University of Edinburgh. “If we took all the sheep away, the environment would look different and there would be a potential negative impact on biodiversity.”

Should we fail to provide clear career alternatives and subsidies for former livestock-related employees, meanwhile, we would probably face significant unemployment and social upheaval – especially in rural communities with close ties to the industry. 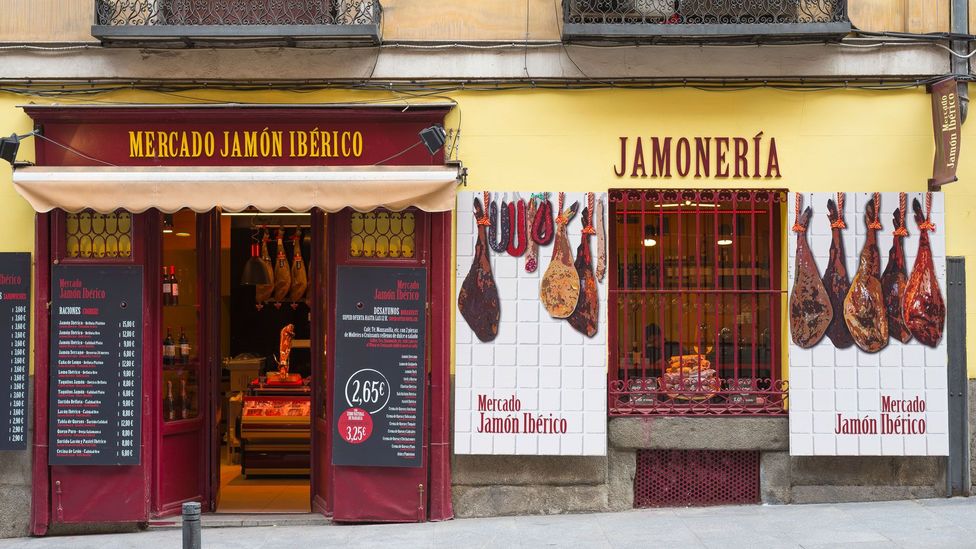 If meat dropped from menus, the economic effects worldwide would be profound (Credit: iStock)

“There are over 3.5 billion domestic ruminants on earth, and tens of billions of chickens produced and killed each year for food,” says Ben Phalan, who researches the balance between food demand and biodiversity at the University of Cambridge. “We’d be talking about a huge amount of economic disruption.”

But even the best-laid plans probably wouldn’t be able to offer alternative livelihoods for everyone. Around one-third of the world’s land is composed of arid and semi-arid rangeland that can only support animal agriculture. In the past, when people have attempted to convert parts of the Sahel – a massive east-to-west strip of Africa located south of the Sahara and north of the equator – from livestock pasture to croplands, desertification and loss of productivity have ensued. “Without livestock, life in certain environments would likely become impossible for some people,” Phalan says. That especially includes nomadic groups such as the Mongols and Berbers who, stripped of their livestock, would have to settle permanently in cities or towns – likely losing their cultural identity in the process.

Plus, even those whose entire livelihoods do not depend on livestock would stand to suffer. Meat is an important part of history, tradition and cultural identity. Numerous groups around the world give livestock gifts at weddings, celebratory dinners such as Christmas centre around turkey or roast beef, and meat-based dishes are emblematic of certain regions and people. “The cultural impact of completely giving up meat would be very big, which is why efforts to reduce meat consumption have often faltered,” Phalan says.

The effect on health is mixed, too. Springmann’s computer model study showed that, should everyone go vegetarian by 2050, we would see a global mortality reduction of 6-10%, thanks to a lessening of coronary heart disease, diabetes, stroke and some cancers. Eliminating red meat accounts for half of that decline, while the remaining benefits are thanks to scaling back the number of calories people consume and increasing the amount of fruit and vegetables they eat. A worldwide vegan diet would further amplify these benefits: global vegetarianism would stave off about 7 million deaths per year, while total veganism would knock that estimate up to 8 million. Fewer people suffering from food-related chronic illnesses would also mean a reduction in medical bills, saving about 2-3% of global gross domestic product. 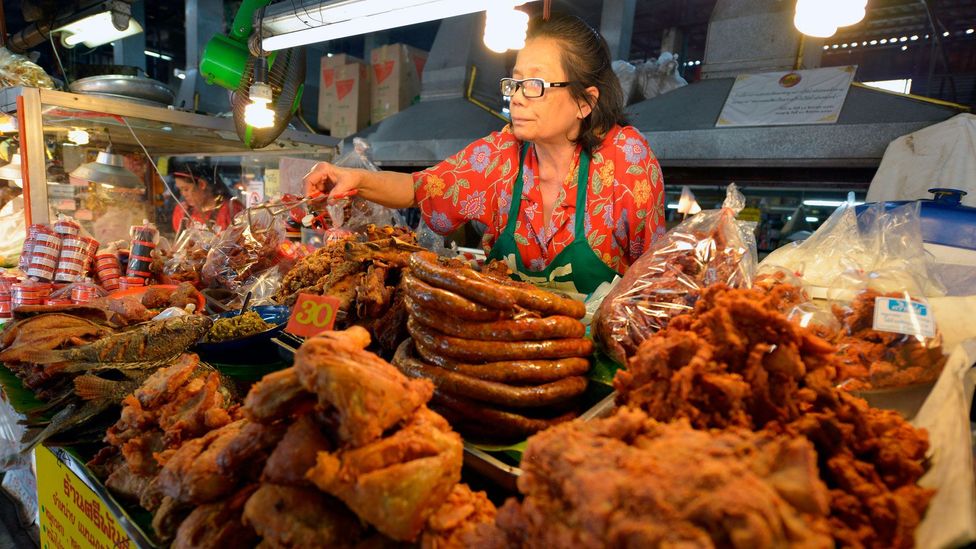 Even the best-laid plans probably wouldn’t be able to offer alternative livelihoods for everyone (Credit: iStock)

But realising these projected benefits would require replacing meat with nutritionally appropriate substitutes. Animal products contain more nutrients per calorie than vegetarian staples like grains and rice, so choosing the right replacement would be important, especially for the world’s estimated two billion-plus undernourished people. “Going vegetarian globally could create a health crisis in the developing world, because where would the micronutrients come from?” Benton says.

But fortunately, the entire world doesn’t need to convert to vegetarianism or veganism to reap many of the benefits while limiting the repercussions.

Instead, moderation in meat-eating’s frequency and portion size is key. One study found that simply conforming to the World Health Organization’s dietary recommendations would bring the UK’s greenhouse gas emissions down by 17% – a figure that would drop by an additional 40% should citizens further avoid animal products and processed snacks. “These are dietary changes that consumers would barely notice, like having a just-slightly-smaller piece of meat,” Jarvis says. “It’s not this either-or, vegetarian-or-carnivore scenario.”

Certain changes to the food system also would encourage us all to make healthier and more environmentally-friendly dietary decisions, says Springmann – like putting a higher price tag on meat and making fresh fruits and vegetables cheaper and more widely available. Addressing inefficiency would also help: thanks to food loss, waste and overeating, fewer than 50% of the calories currently produced are actually used effectively.

“There is a way to have low productivity systems that are high in animal and environmental welfare – as well as profitable – because they’re producing meat as a treat rather than a daily staple,” Benton says. “In this situation, farmers get the exact same income. They’re just growing animals in a completely different way.”

In fact, clear solutions already exist for reducing greenhouse gas emissions from the livestock industry. What is lacking is the will to implement those changes.

What If...
1What would happen if animals were smart
What If...
2The unsettling side of cryopreservation
Taste of Tomorrow
3How Coca-Cola got its name
Last Place on Earth
4The last unmapped places
Around the BBC