Richard Hollingham tracks down one of the B-52 bombers that launched the world’s first space plane.

Joe Walker could be one of the greatest astronauts you have never heard of.

On 22 August 1963, Walker strapped into the cockpit of an X-15 experimental rocket plane for his final flight. He took off into the clear skies above Edwards Air Force base in southern California, his needle-shaped aircraft strapped beneath the starboard wing of a B-52 bomber.

At around 50,000ft, the X-15 dropped from the wing, Walker lit his engine and rocketed into the sky. When the plane ran out of fuel two minutes later, he was travelling at 5,600ft-per-second and the sky had turned from blue to black.

In another two minutes, Walker had reached 354,200 feet – 67 miles – above the Earth and beyond the air we breathe. He was no longer flying a plane but a spacecraft. 11 minutes and eight seconds after release, he was back on the ground – having glided at hypersonic speeds to a perfect landing on a dried-up lake bed. 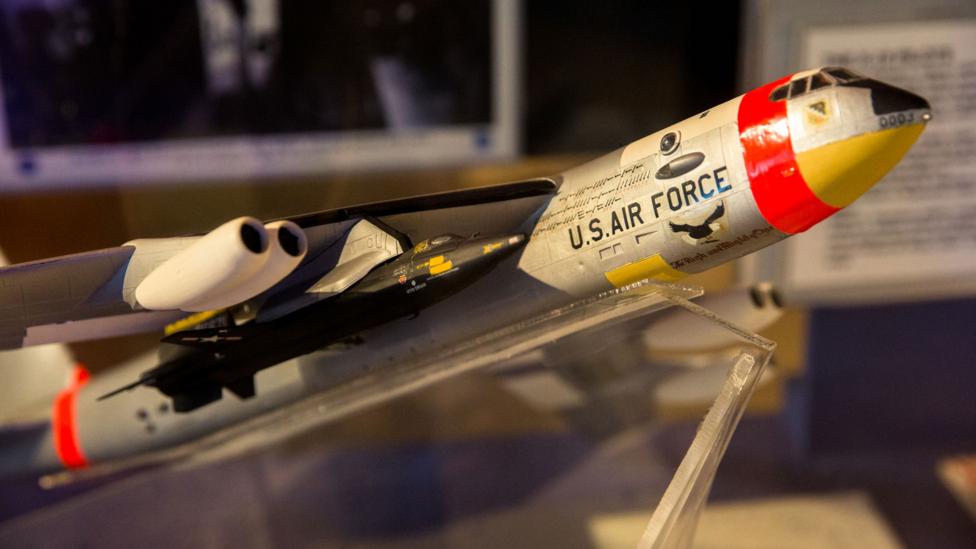 The X-15 could be seen as an ancestor of Virgin's spaceplane's (Credit: Chris Hinkle)

Despite having exceeded the internationally recognised barrier of space of 62 miles (100 kilometres), Walker did not receive a hero’s welcome, ticker tape parade or even astronaut wings. It was just another day as a test pilot and his single-seater X-15 spaceplane pushed the boundaries of what was possible.

“The X-15 is extremely important,” says Michelle Evans, author of X-15 Rocket Plane. “Without the X-15 we wouldn’t have had the Space Shuttle and the idea of dropping a spaceplane off the wing of another plane has been translated into Virgin’s spaceship design.”

The third B-52 Stratofortress built and the oldest surviving, the eight-engine long-range bomber towers above us in the desert sunshine

The X-15 was also used to test spacecraft re-entry, and the Saturn 5 rockets that took men to the Moon used guidance systems developed on the X-15.

Retired in 1968 after 199 flights, three X-15s were built and the two surviving spaceplanes have been preserved in museums. One of the specially adapted B-52s that made these flights possible is on display at Edwards and efforts are now underway to restore the other. 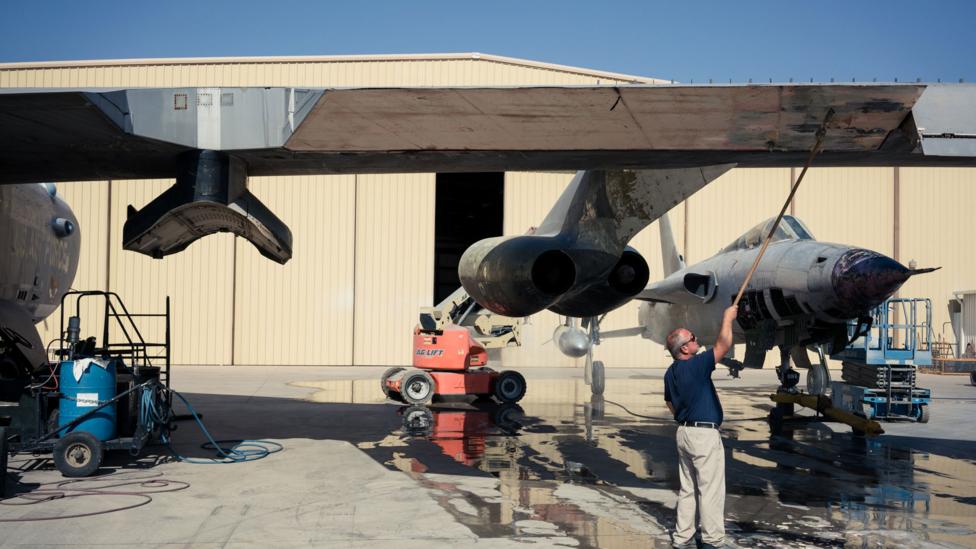 A B-52 is being restored at the Pima Air and Space Museum (Credit: Chris Hinkle)

“What we’re doing right now is removing the old paint so we can examine the structure of the aircraft for corrosion,” says James Stemm, director of collections and aircraft restoration at the Pima Air and Space Museum in Tucson, Arizona.

When you’re going out there to double the speed record or triple the altitude records of other aircraft, obviously you’re getting into areas that are a little dangerous – Michelle Evans, author

We stand on the concrete apron outside the restoration hanger as the aircraft is blasted with jets of water and flecks of paint fall away to reveal the bare metal fuselage underneath. The third B-52 Stratofortress built and the oldest surviving, the eight-engine long-range bomber towers above us in the desert sunshine – unaltered since its last flight in 1969.

“The B-52s were designed so they could carry missiles or bombs under the wings,” says Stemm. “Nasa modified the system so it could carry the much larger X-15.” 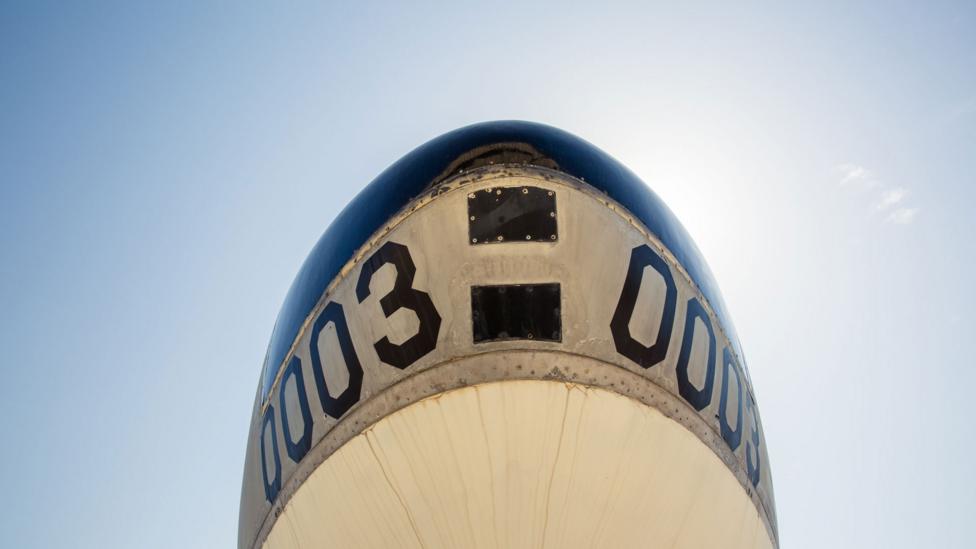 Adapting the B-52 involved cutting a section out of the starboard wing and slinging a pylon underneath. “It’s incredible,” says Stemm, “that the aircraft had enough surplus lift and wing area that they could make a substantial cut in it without having an effect on the aircraft’s performance.”

As well as a sizeable chunk missing from the wing and the special adapter to hold the spaceplane, this special B-52 (also known as the NB-52A) also boasts unusual markings along the main fuselage. Where some aircraft might have representations of the planes they shot down or the bombs they dropped, this has pictures of X-15s – each signifying one of the 80 missions flown by this particular B-52.

Some of these X-15 images are angled upwards to represent high-altitude test flights. The horizontal ones represent speed attempts. A couple of the X-15s, however, are angled downwards to illustrate flights that failed. Perhaps the one that killed Mike Adams in 1967, after his plane went into a hypersonic spin and broke apart on re-entering the Earth’s atmosphere. Or maybe the one that crushed the spine of Jack McKay in 1962. 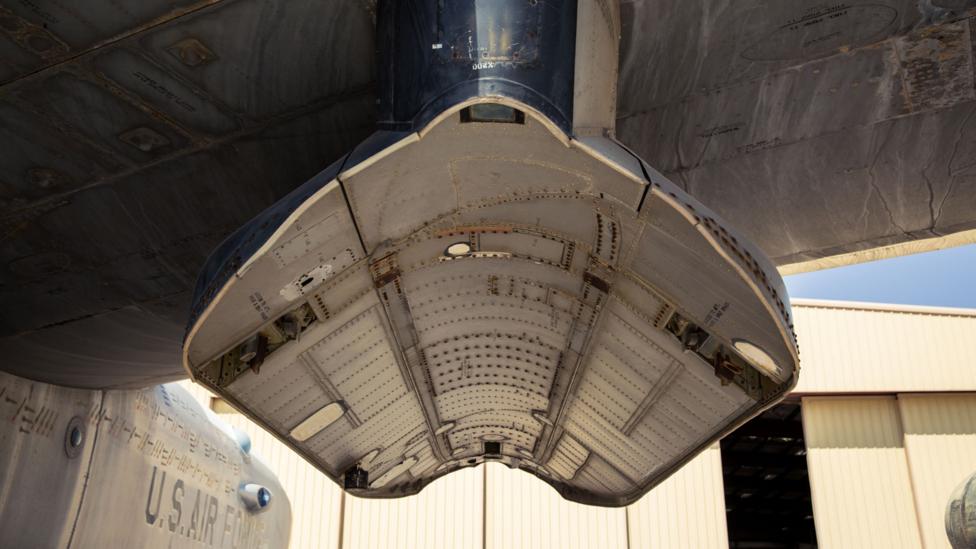 The B-52s were designed to carry bombs under the wings (Credit: Chris Hinkle)

“McKay came down really fast,” says Evans. “There were problems with the hydraulics and he had no flaps, so when he hit the lake bed the X-15 flipped over.” With the canopy jettisoned, the entire weight of the plane rested on his helmet. Although McKay survived the crash, he lived the rest of his life in terrible pain until he died in 1975.

“When you’re going out there to double the speed record or triple the altitude records of other aircraft, obviously you’re getting into areas that are a little dangerous,” says Evans. “When you think about it, there were 199 flights and 12 pilots – overall they did pretty good to get it down safely as many times as they did.”

Graduates of the X-15 test programme included the first man on the Moon, Neil Armstrong, and Space Shuttle commander Joe Engle. In 1981, Engle became the only person in history to manually fly a spacecraft from Mach 25 to landing (you can watch the landing at Edwards Air Force Base here) – a technique he helped develop in the X-15. He is also the only X-15 pilot still alive, which perhaps says something about the toll a test pilot’s career takes on the human body. 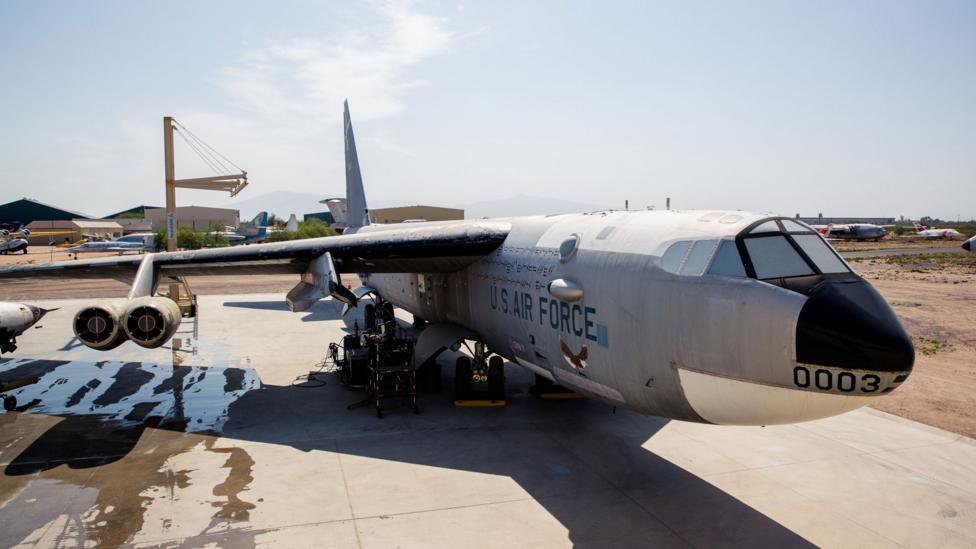 The Pima Air and Space Museum plans to preserve the aircraft for at least the next hundred years (Credit: Chris Hinkle)

The B-52s that launched those 12 men on their daring missions will never fly again but Stemm wants to ensure that, when it goes back on display, the aircraft at Pima lasts long into the future. “We’ll repaint the aircraft into its accurate historic markings so it will look exactly as it did when it was carrying the X-15,” he says. “Our goal is to help preserve it for the next 100 years.”

Indeed, almost 50 years after its final flight, the X-15 rocketplane is perhaps appreciated now more than it ever was. With Virgin Galactic and rival company Xcor working on a new generation of spaceplanes, and Stratolaunch preparing to launch space rockets from a giant aircraft, the future for technology based on the pioneering X-15 is looking promising.

As for record-breaking space pilot Joe Walker, he died in an air crash in 1966. It took until 2005 for Nasa to finally make him an astronaut.