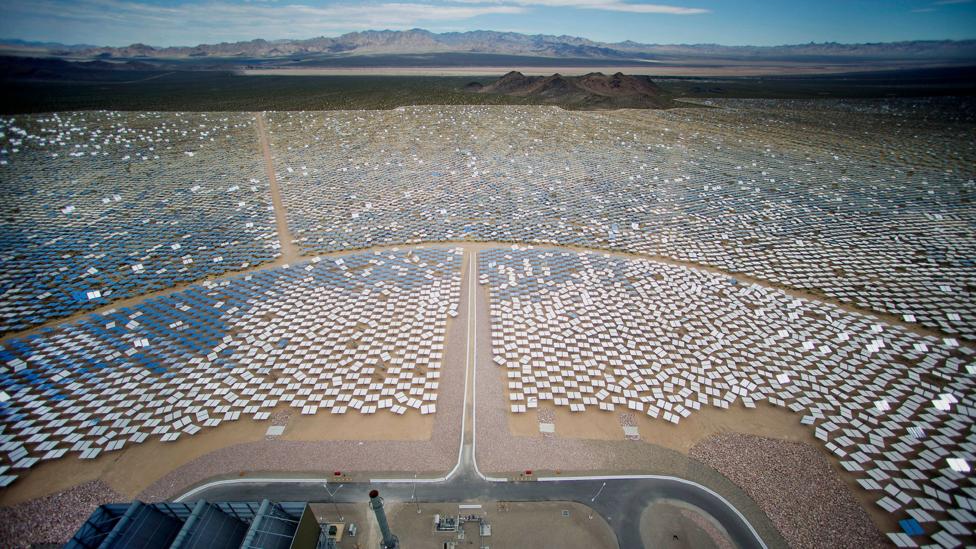 By Chris Baraniuk 14th October 2016
Silicon Valley’s biggest companies are investing in renewable energy in a serious way – a sign, perhaps, of rapid changes in the energy market.
M

Most people think of Apple as a company that makes phones, computers and smart watches – not an energy provider. But in August all of that changed when the firm was given permission to sell energy from a Californian solar farm that it acquired last year.

Apple has invested in renewable energy before and says it ultimately wants all of its operations to be powered by 100% renewable sources. It’s not alone in such efforts, either. Online retailer Amazon just announced the construction of a new, 253-megawatt wind farm in West Texas. Google, meanwhile, has invested in the Ivanpah Solar Electric Generating System pictured above, and it recently joined forces with the company SunPower to provide solar panels to home-owners. Why are tech companies so interested in renewables?

“For these big corporations, electricity is one of their biggest costs,” says Ash Sharma, a solar energy analyst at IHS Technology. “Locking that in at a low price is really critical for them.”

It takes a lot of energy to power modern data centres. Besides running servers 24/7, all that machinery needs to be kept cool – a huge cost by itself.Why, though, would Google be interested in putting solar panels on people’s homes? The firm says it wants to map “the planet’s solar potential” – the data from these panels, including their uptake, could inform future energy strategies.

And yet the price of solar energy has been falling more quickly than some expected. At an energy auction in Abu Dhabi in the United Arab Emirates last month, a Japanese and Chinese consortium bid to build a solar farm that would produce energy at less than 2.5 cents per kilowatt hour – that’s significantly cheaper than the average cost of energies like gas and coal in the US, and by far the lowest bid for a solar farm yet. 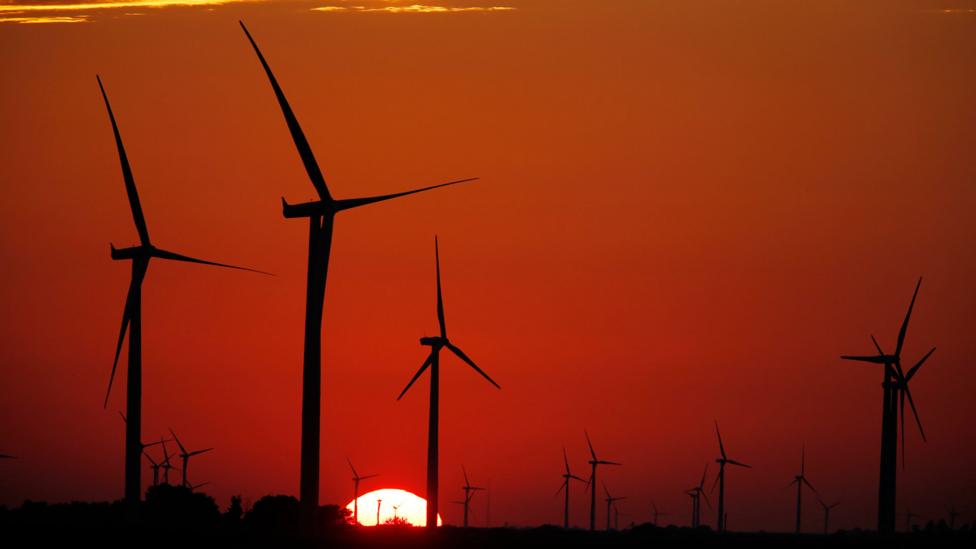 Amazon is investing in wind farms to power its servers (Credit: Getty Images)

Sharma thinks the falling cost of solar energy has a lot to do with a boom in solar panel manufacturing.

“There’s been huge manufacturing capacity added in China,” he explains. “[The country] accounts for roughly 80% of all the world’s manufactured solar panels.”

And as the cost of building a solar farm plummets, the world has witnessed a rise in jaw-droppingly big installations. Only a few years ago, says Sharma, a 50-megawatt project might have been considered big. But there are now several facilities poised to produce a few hundred megawatts or more. This includes the world’s largest – a 750-megawatt power station in Madhya Pradesh in India. It’s been modestly named “Rewa Ultra Mega Solar” and authorities hope it will be finished in 2017.

While all of this is going on, some exciting research into better solar cells is also underway. Some new, experimental panels use synthetic materials that mimic the crystal structure of perovskite, a mineral. This makes the cells cheap to produce and, although still in development, such panels are increasingly efficient.

Solar still only accounts for about 1% of the world’s total energy resources, but with a continuing rise in supply, that looks set to change. And Sharma adds that there will be an ongoing effect on prices. IHS Technology expects the cost of solar energy to plummet “by about 30%” next year, he says.

The tech giants are some of the largest and most powerful companies in the world. Maybe it’s not really a surprise that they’re getting into energy because, as they know very well, everything else depends on its production.