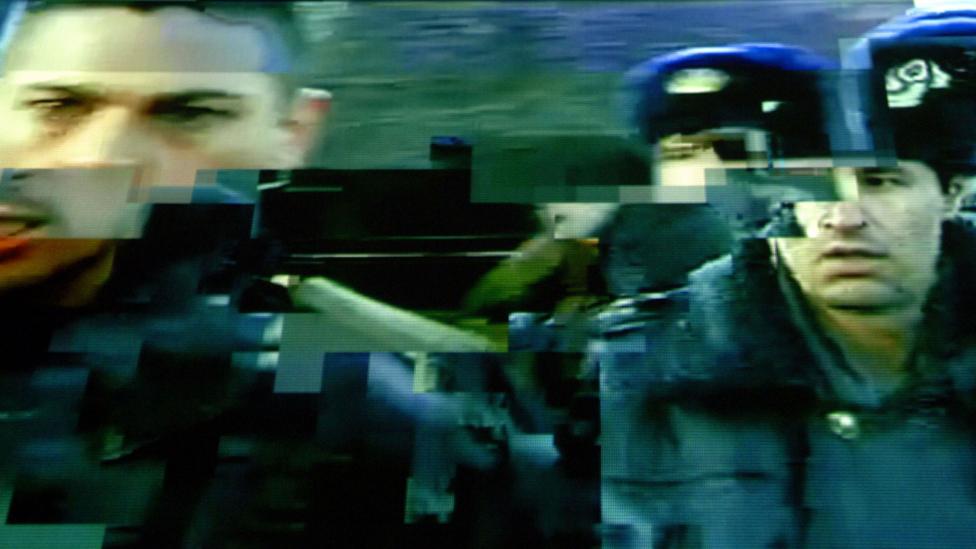 By Chris Baraniuk 26th October 2016
Long before the World Wide Web, the Soviets tried to save the USSR with a computer network. Why did their project never make it?
F

For 12 year-old Oleg Guimaoutdinov, learning to programme a computer in Soviet Russia largely meant hitting the books. Bored by the focus on theory, many classmates soon dropped out. But Guimaoutdinov didn’t want to give up – he was fascinated by computers and “hungry” for machine time, he says. So he and a few friends went knocking.

Back then, in the early 1980s, computer terminals were housed in universities and workplaces, not schools - and most managers didn’t want kids around. But Guimaoutdinov and his friends managed to find a few kind enough to let them practice on their office computers, many of them clones of American machines. 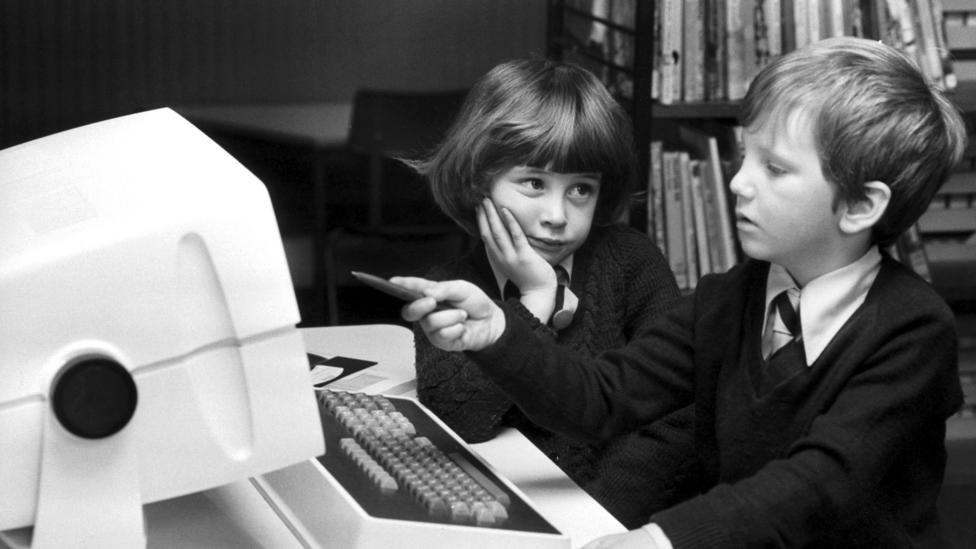 In the 1980s, Soviet kids hungry to test their coding skills would seek out computers in offices and universities (Credit: Getty Images)

They may not have realised it at the time, but the clunky keyboards and monitors they pored over represented the start of something special – the first nodes in a home-grown internet that some hoped would supercharge the Soviet economy.

For decades, a handful of researchers had been urging officials to let them build a computer network, connecting thousands of machines across the USSR. It could have rivalled the network sending out tendrils in the US and western Europe at the time – a network that would grow into the internet of today.

“We’re talking about internet -1.0,” says Ben Peters, a researcher at the University of Tulsa in Oklahoma and author of How Not to Network a Nation: The Uneasy History of the Soviet Internet. “A real-time, decentralised, hierarchical computer network for managing all the information flows in the command economy.” But the Soviet project, known as OGAS, was never finished. This is the story of what happened.

The Soviet internet was the brainchild of Viktor Glushkov, one of the founders of cybernetics. But Glushkov had partly been inspired by the work of an earlier network enthusiast, Anatoly Kitov. Kitov had first dreamed of wiring up the USSR back in 1959. A Russian documentary about Kitov called the “Internet colonel” is available online, with an opening segment that has more than a whiff of James Bond.

But from the moment Kitov sent a letter outlining his proposal to the then Soviet leader Nikita Krushchev, it became clear that getting such a system off the ground was not going to be easy. And the challenges were only partly technological.

“It’s worth remembering that the Soviet Union did have functioning computer networks during this whole period – they were military networks,” says Peters. But a system for civilians that could influence the economy? That was something else.

By 1970, Glushkov had a detailed proposal that made it all the way to the top

Glushkov began his work on OGAS in the early 1960s. In theory, anyone with a job in the USSR might have a reason to connect to the network, so data first needed to be gathered on everything from the country’s workforce to production levels to the market. By 1970, Glushkov had a detailed proposal that made it all the way to the top. 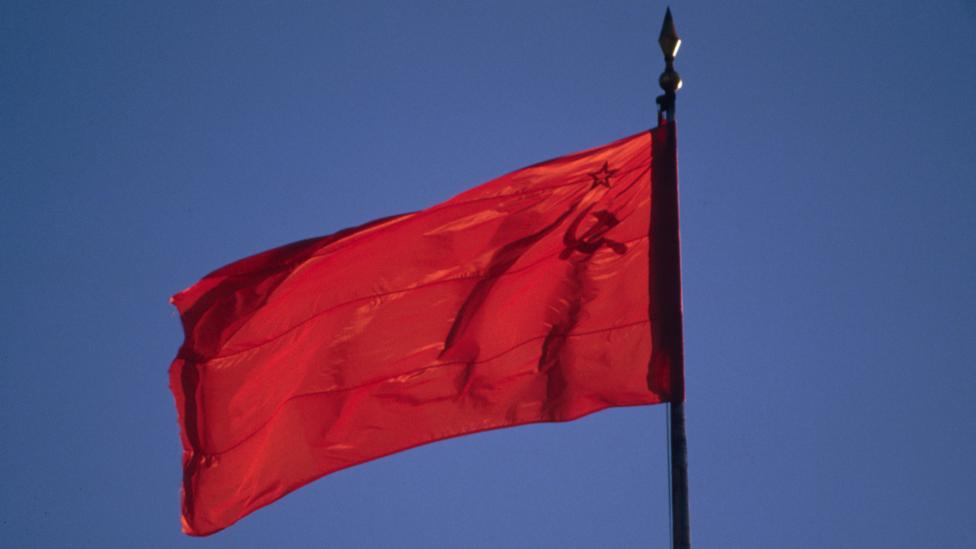 The plan for a Soviet internet was opposed by officials concerned about how it would affect the balance of power between their ministries (Credit: Getty Images)

But when debated by Communist Party leaders, the finance minister stood up and announced that he was completely opposed to the idea. Machines could already be used to turn lights in hen houses on and off, he said. There was no need for a national network of them. It was rumoured that the finance minister was actually concerned about how OGAS would impact the balance of power between his ministry and the Central Statistical Agency (CSA).

Despite some support from other officials, Glushkov’s proposal was rejected. But his idea didn’t die – in fact, he battled on for another 12 years.

A few cities were linked up by small, local-area networks. And years later, when Guimaoutdinov was at university in Novosibirsk, he found a computer that had been connected directly to Moscow – more than 3000 kilometres away. “The cable was solid metal and pretty heavy,” he says. But it was a “patchwork”, not a network, says Peters.

Huge efforts also went into making computers to run these networks, according to Boris Malinovsky at the Viktor Glushkov Institute of Cybernetics in Ukraine, who has written several books – including one in English – about the Soviet computer industry. However, production was not always efficient or on schedule.

This contributed to concerns about the enormous costs involved in fully implementing OGAS. Some estimates put the price at 20 billion rubles – roughly $100 billion in today’s money. It may also have required a workforce of 300,000. For all of these reasons, the Soviet internet was never built.

One person who knows first-hand what it was like to work on Soviet-era network technology is Vladimir Kitov – Anatoly Kitov’s son. Vladimir Kitov now works at the Plekhanov Russian University of Economics in Moscow. But in the 1970s and 80s he wrote software for the military, which was used to help manage huge tank-building factories. He thinks that OGAS would have had a positive effect on the Soviet economy, as its early advocates had hoped.

Guimaoutdinov remembers lectures extolling the benefits such a network would bring. “It sounded really exciting, like there could be a huge efficiency in terms of fewer people involved in routine calculations, more precision,” he says. Better and more easily shared data may have helped officials run a closely managed economy.

But the Soviet system as a whole was not flexible, says Vladimir Kitov. “There was a plan and you just couldn’t do anything beyond that,” says Guimaoutdinov. “They were producing brown shoes and black shoes and nobody liked either of those – whole shops were filled with them.”

Meanwhile, different ministries and regions were often locked in arguments with one another – everyone, says Guimaoutdinov, was worried about losing his or her turf. 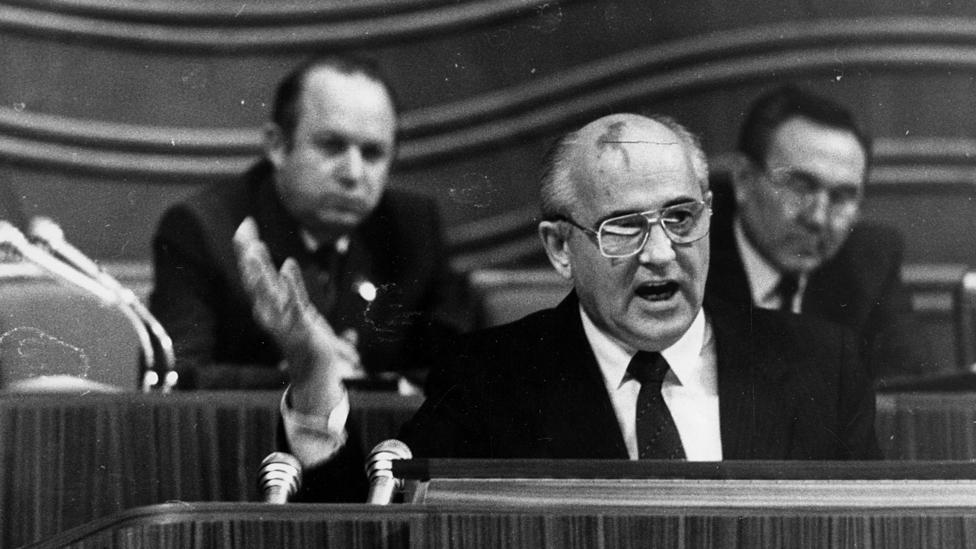 In the end, it was Mikhail Gorbachev’s program of reforms that addressed some of the USSR’s deepest problems - not the Soviet internet (Credit: Getty Images)

By the 1980s, the need for upheaval had become urgent. In the end, it was Mikhail Gorbachev’s program of reforms that tried to address some of the USSR’s deepest problems. But could it have been OGAS instead?

One of the bigger obstacles to that was the early death of Glushkov, the architect of the system who had played a key role in fighting for its adoption. Glushkov died in 1982, at the age of 58 and after a long illness. “That basically takes the wind out of the sails,” says Peters.

But by the 1980s, the idea of OGAS was being discussed in public media and in schools - where students like Guimaoutdinov heard so much about it – and for a time others picked up where Glushkov left off. One of them was Mikhail Botvinnik, a chess grandmaster and computer scientist. Botvinnik experimented with early computer programs for chess and tried to develop software that mimmicked a grandmaster's  brain. His algorithms were used to help plan maintenance repair schedules for Soviet power stations.

According to Peters, when the collapsing Soviet Union was in turmoil during the early 1990s, Botvinnik – then in his eighties – tried to interest Boris Yeltsin in the idea of a computer network that could save the economy. But like Glushkov, Anatoly Kitov and many others before him, Botvinnik got nowhere. Just a few years later, the World Wide Web, built on an internet that grew from the US-developed Arpanet, would become a global sensation.

Peters mentions a community of enthusiastic cyberneticists who worked under Glushkov. They played with the idea of a utopian virtual state called “cybertonia” and issued fake passports for themselves for fun. In a way, it was a toy version of the social networks we all use today.

In the USSR, a home-grown internet never became the playground of the civilian workforce. Nor did it even have a chance to refresh a beleaguered economy during its darkest days. It was a grand scheme that never really came to be.

Now that we do live in a networked world, we can see that the proponents of OGAS and plans like it were somewhat ahead of their time. People like Anatoly Kitov, Glushkov and Botvinnik knew that the future would be all about connectivity.

The Soviets may have lost the net race, but they were definitely in the game.

Future Now
1New York’s secretive, hidden network
World-Changing Ideas
2What your Facebook use says about you
In Depth
3The pilot who stole a secret Soviet jet
future
4The 1950s air battle sparked by a drone
Around the BBC