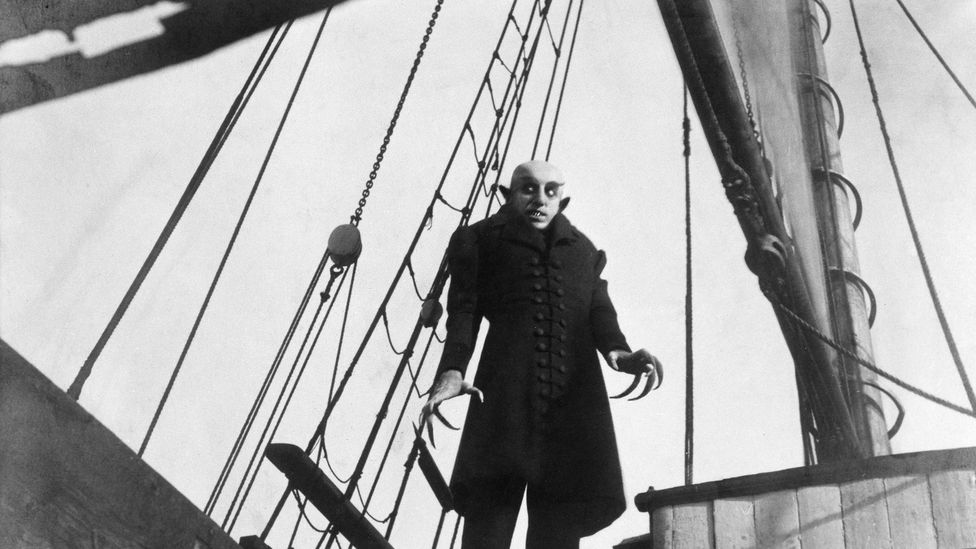 By Stephen Dowling 31st October 2016
Vampires are some of the most enduring monsters we have created. Diseases that plagued our ancestors played a part in their creation.
D

Diseases were frightening things before the age of medical science. Plagues and epidemics could appear without warning and cause death and misery.

It wasn’t just plagues. Other diseases – perhaps passed on by animals or from genes lying dormant in their own bodies – could cause ailments that defied explanation.

People turned instead to the supernatural. Some of these diseases helped spawn one of the most enduring and widespread monster myths in civilisation – the vampire. 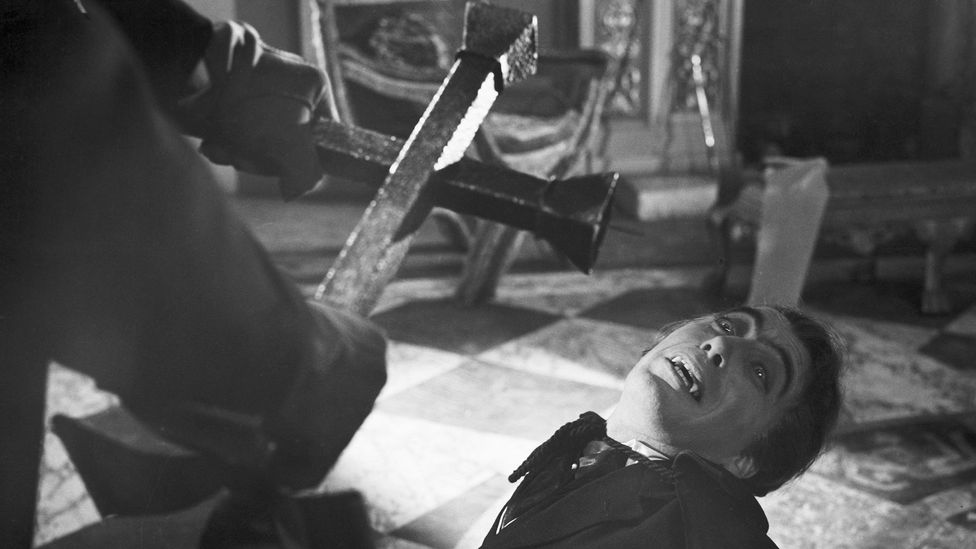 Without sophisticated medical knowledge, it was easier to blame some maladies on fanged killers like Dracula (Credit: Getty Images)

The vampire – an undead figure who rises each night from his unquiet grave to feast on the blood of the living – has appeared since the time of the Ancient Greeks. While some of the sage old philosophers we still admire today might have lived into their 70s, life expectancy in Ancient Greece was thought to be around 28; centuries before sanitation, refrigeration and antibiotics, diseases were more prevalent and were far more likely to take people to an early grave.

But without a microscope to study these tiny assailants, communities in older times saw the hand of the supernatural in many diseases. Take porphyria, for instance, which affects heme, the chemical compound which helps make up the haemoglobin found in our blood. The patients suffer itching, rashes and blisters every time their skin is exposed to sunlight. In the very worst – and thankfully, very rare – cases, the gums recede from the teeth, making them appear far more prominent. Their bodily waste takes on a purple hue, like that of undigested blood. And the effects of sensitivity to light can be so severe that sufferers lose their ears and noses – a physiognomy echoed in the looks of vampires such as Nosferatu.

Most of its sufferers will show far less drastic symptoms than those described. Desiree Lyon Howe of the American Porphyria Foundation says there are probably no more than a few hundred of these severe cases in the entire world at any one time. But their incidence may have been greater in remote communities in medieval times, ones which had less frequent contact with the outside world, and a less varied gene pool. The rural hamlets and farming villages in Transylvania, now part of Romania, fit this bill. And it is from eastern European regions such as Transylvania that the vampire myth spread westwards.

Author Roger Luckhurst, who edited Oxford World’s Classic’s reprint of Bram Stoker’s Dracula, has researched the conditions which spread the belief in vampires, showing that the myth began to gain popularity in the early 18th Century. “The first mention of the word vampire in the English language is in the 1730s, in newspapers which carry reports from the edge of Europe, of bodies being dug up and looking bloated, and having fresh blood around their mouths. They report that these stories have come from peasants, but they make them sound very plausible.” 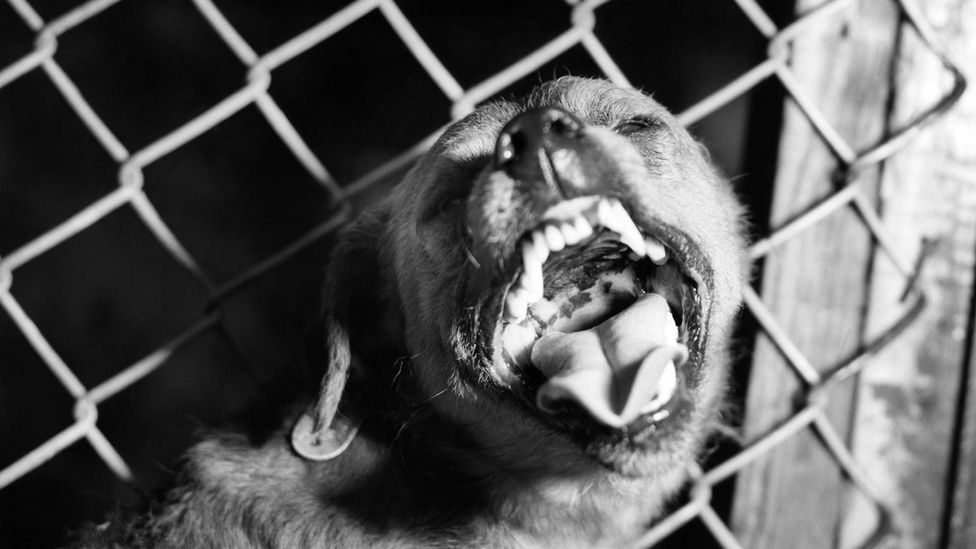 When calamity struck these rural areas – plague, cattle dying – many would point the finger at an undead spirit preying on the living. Often the first act would be to dig up the last person who had died in the village. And that leads us to another problem – medical science was in such infancy, that even telling if a person had died wasn’t exactly foolproof. Diseases such as catalepsy, which put people into a catatonic state so deep that their pulse was hard to detect, meant some were buried alive. If they awoke, some were driven so mad with fear and hunger that they would bite themselves – an explanation, perhaps, for some of the corpses found with fresh blood.

There is a degree of folk wisdom in the werewolf myth, a warning for people not to connect yourself too much to the natural world – Roger Luckhurst, author

Most people in these communities kept animals; the villages themselves were usually close to forests and woodlands home to many other animals. Before vaccination was discovered, rabies, now virtually unknown in the European wild, was common. Once symptoms – which include aversion to light and water, aggression, biting and delirium – developed, death was inevitable. There is no cure.

“Rabies is obviously where we get the link to the werewolf, too,” says Luckhurst. “People were turned feral by this contact with animals. There is a degree of folk wisdom in the werewolf myth, a warning for people not to connect yourself too much to the natural world. You had to remember your humanity.” 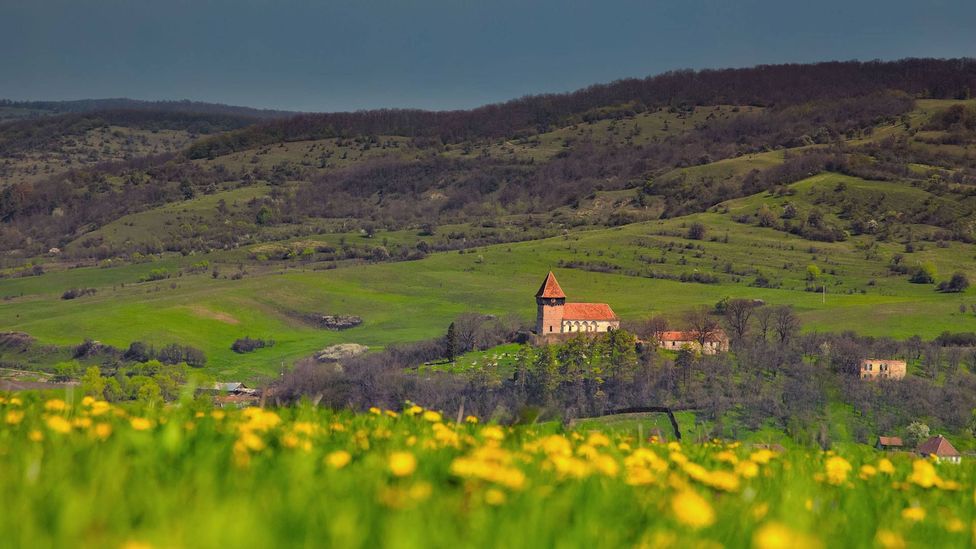 Rural Transylvania was a perfect breeding ground for the vampire myth (Credit: Alamy)

The isolation of many of these communities, far away from the civilised avenues of Paris and London, may have contributed in other ways. “There used to be a lack of variety in the diet in these places, especially in mountainous areas, and people would commonly suffer from things like goitre [caused by iodine deficiency],” says Luckhurst. A lack of nutrients would not only have made people more susceptible to disease, but in some cases may have exacerbated the effects of some conditions hidden in their genes.

“And the way these vampire stories work for the 18th Century people living in London and Paris and reading these stories in their papers, is that it tells a good story about how civilised and advanced we are, and look these superstitious Catholic peasants who lived on the boundary of Europe.”

Interestingly, however, there are many cultures around the world – in different continents and at different times – that share the myth of the bloodsucking undead. There are manananggal in the Philippines, and the peuchen of Chile; the Baobhan Sith of Scotland and the Yara-ma-yha-who of indigenous Australian tribes.

Essentially, the vampire myth comes from more than just disease, says Luckhurst. The vampire always seems to come from somewhere outside of the comforts of our own homes – be that a rural Transylvanian cottage, an English stately home or Ancient Athens.

“It always comes from somewhere else; in Ancient Greece the barbarians from beyond the Greek world were cannibals and bloodsuckers, and able to do all sorts of black magic that they were weren’t. In other places, it was the pagan tribes.” Even in South America, he says, the vampiric creatures the Incas believed in were from the wilds beyond their cities.

The vampire seems to be a vehicle not just for the diseases that we were not able to comprehend, but for all those strange, unmapped places and the people that live in them too.

future
1What you may not know about your heart
Best of BBC Future
2Why are we all so tired?
Around the BBC