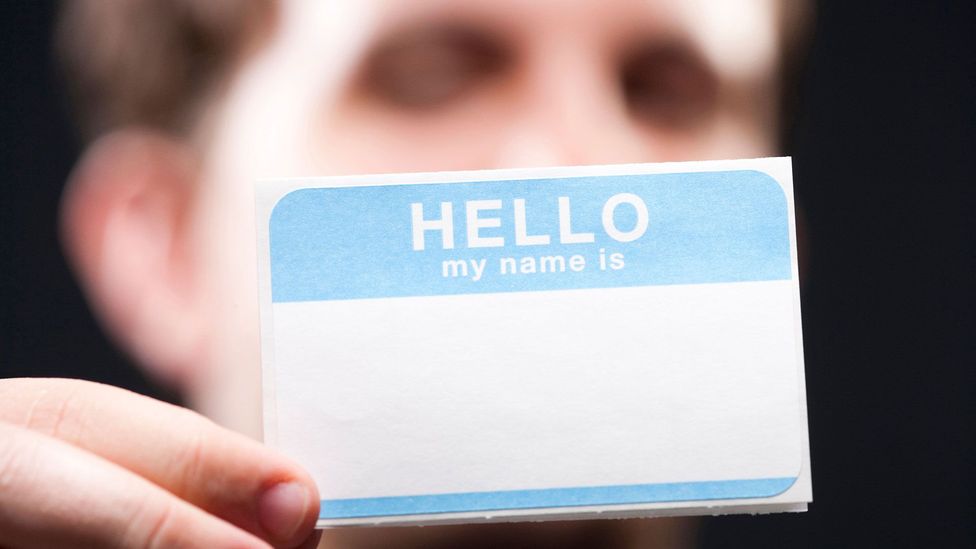 By Jessica Brown 3rd November 2016
The handful of words on your ID card can hint at your class, education, even your physical stature.
W

When Raymond and Rosa Judge welcomed their son Igor into the world, it may have seemed obvious what profession he would choose. Even Rosa’s maiden name, Micallef, was a derivation of the Arabic word for Judge.

Sure enough, Igor was called to the bar and eventually became Britain’s Lord Chief Justice: the judge’s judge. If Lord Judge has become sick of the jokes over the years, he could at least remember that there are other people with far more unfortunate names: just think of Cardinal Sin, the former Archbishop of Manila.

Does our name decide our fate? While we may brush these cases aside as coincidence, some surprising new studies would suggest that in some small way, it does, influencing our behaviour in school, our job prospects, and our popularity. Our surname may even give clues to our physique and vitality. 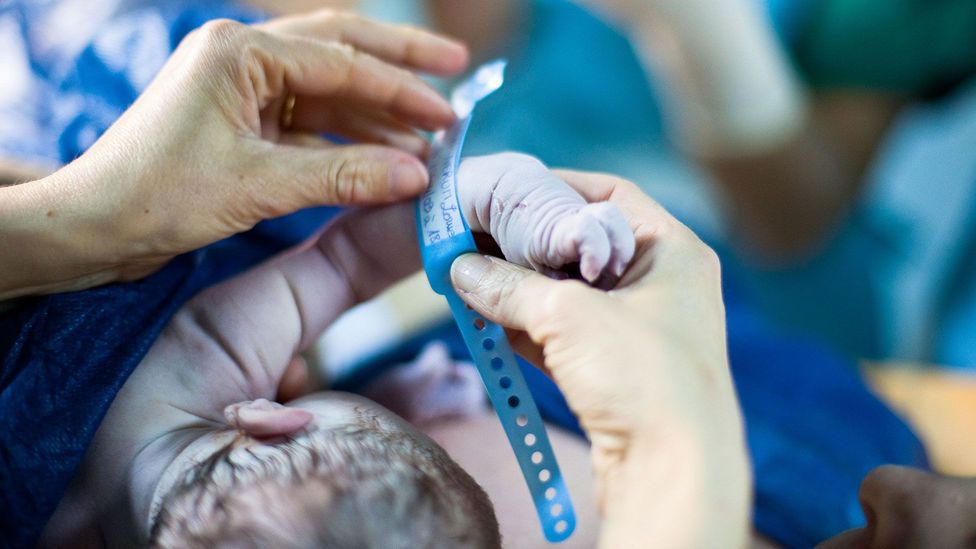 The name we choose for a child will determine their fate across their lifespan (Credit: Getty Images)

One explanation behind this is that we are subconsciously drawn to words and names that remind us of our own. This is called “implicit egotism,” and explains why there are a disproportionately high number of dentists called Dennis.

But our names also play a part in how others see us. In 2013, the British columnist Katie Hopkins admitted to associating children’s names to stereotypes about their socio-economic background. She said she favoured children with “good old-fashioned Victorian names” or those with a Latin or Greek origin, as playmates for her children.

Despite the outrage this incurred, a wealth of research suggests that this habit may be more widespread than we would perhaps like to admit.

David Figlio, director at the Institute for Policy Research at Northwestern University, has carried out several studies looking into the impact of names.

He first surveyed participants to work out the characteristics of names that were associated with working class or African American backgrounds. The suffix “isha” (such as in the name Lakisha) tends to be associated with poor backgrounds, as does the use of an apostrophe (in Du’Quan, for instance).

This effect can last well beyond school, as confirmed by a study looking at students attending Oxford University. Gregory Clark compared the first names of 14,000 students at the university between 2008 and 2013 with the general population. He found that there were three times as many Eleanors at Oxford than average, closely trailed by Peters, Simons, Annas and Katherines. Shane, Shannon, Paige and Jade had less luck. The number of Jades at Oxford was less than one-30th of the average rate. 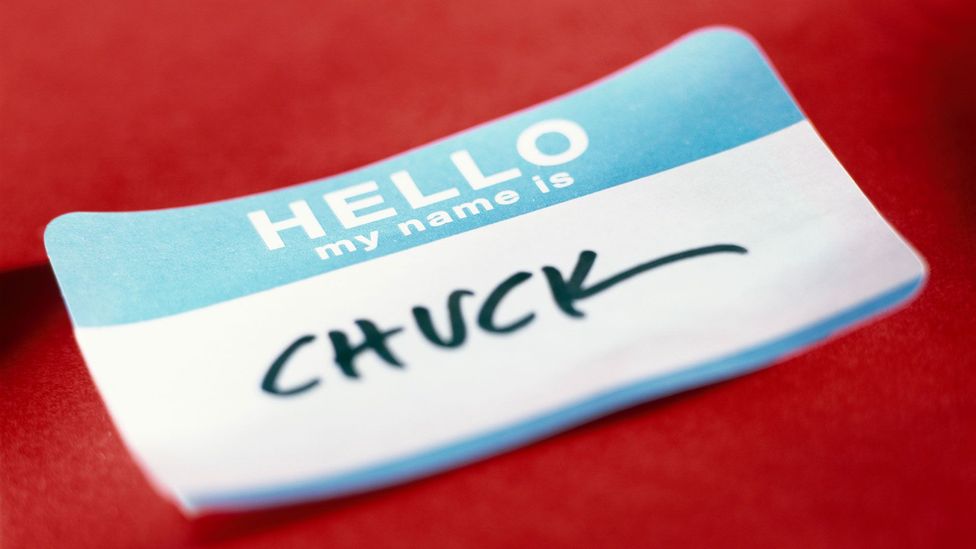 We tend to prefer names that are easy to pronounce (Credit: Getty Images)

Aside from class, your life chances can also be affected by how easy your name is to pronounce by those around you.

One study found that teachers pronouncing pupils’ names wrongly was seen by pupils as a “racial macroaggression”, after surveying a sample of 49 adults, who were mostly Asian American, on their past experience in school. Many had experienced racist macroaggressions in school relating to their name, including teachers pronouncing it incorrectly, and in some cases it led to feeling isolated and anxious.

Figlio says the effects of this can last well beyond the first call of the class register. “The fact that the name effects show up in a schooling setting, even after teachers have many opportunities for interactions with their students, suggests that this name-based judgment is slow to fade.

This effect can, in fact, last into adulthood, as two researchers found. They sent out two different CVs to job newspaper ads in Boston and Chicago; half were given a “white-sounding” name – the research paper gives the examples of Emily Walsh and Greg Baker – and the other half an “African American-sounding name,” such as Lakisha Washington or Jamal Jones.

They recorded the responses for their fictional candidates, and found that Emily and Greg were twice as likely as Lakisha and Jamal to be offered an interview.

Beyond this implicit racism and class prejudice, the random sounds of your name may evoke certain characteristics: a Molly is perceived differently from a Katie, for instance, thanks to the way the syllables roll off the tongue. How come?

It’s well established that we associate certain letters and words with spiked shapes, and others as rounded. We associate the word “bouba” with softer contours, compared to the sharper-sounding “kiki” for instance.

This also extends to our names, as researchers from the University of Calgary in Canada found out. A group of people were asked whether certain names made them think of a spiked or rounded silhouette, and the results aligned with the Bouba/Kiki effect. 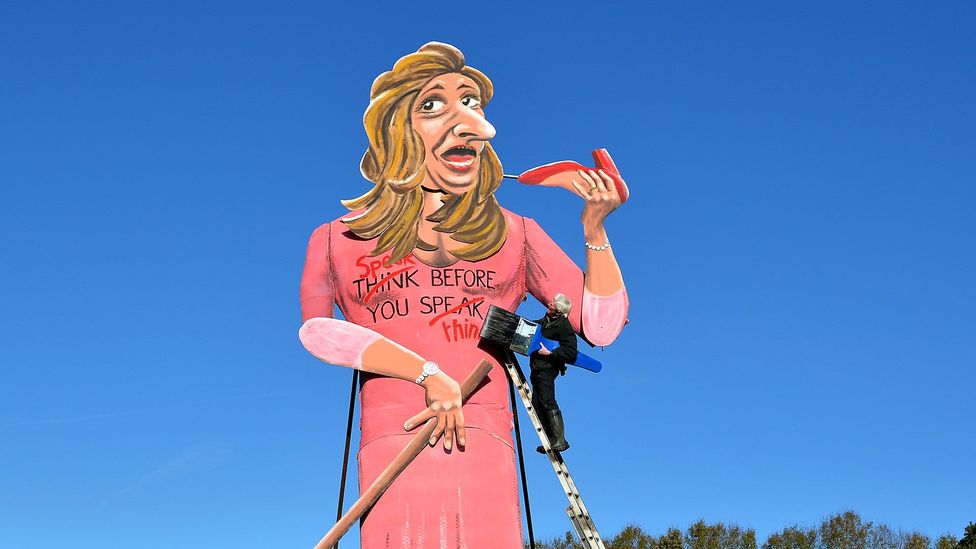 The sounds of certain names may suggest characteristics like femininity, friendliness and extroversion (Credit: Getty images)

The researchers then found that participants associated the round sounds with female qualities and the sharp sounds with male qualities, meaning there was a link between names and the concept of gender. It also extended to personality types. The “round” names were considered adaptable, easy going, open, friendly, funny and introverted, while “sharper” names were considered more aggressive, angry, determined, irritable and sarcastic.

The researchers did, however, factor in our tendency to conflate the opinions we have of people we know with their names. Of the 32 participants, 24 admitted they were influenced by existing associations during the study – which could be a significant finding in itself.

Let’s finally consider the question of your surname and what it says about your ancestry. Researchers recently tested surnames with markers on the Y chromosomes, which are passed down from father to son, and compared the results they found in Spain to Britain and Ireland.

They found that, in both Spain and Britain, the likelihood of people with the same surname also sharing an ancestor was higher the more rare the surname was.

In Britain, surnames shared by more than 5,000 people showed close to zero common ancestry. But in Ireland, it was found that even extremely common Irish surnames shared a Y chromosome.  The authors concluded that Ireland might be different due to smaller population sizes, or different demographics and history than Britain and Spain. 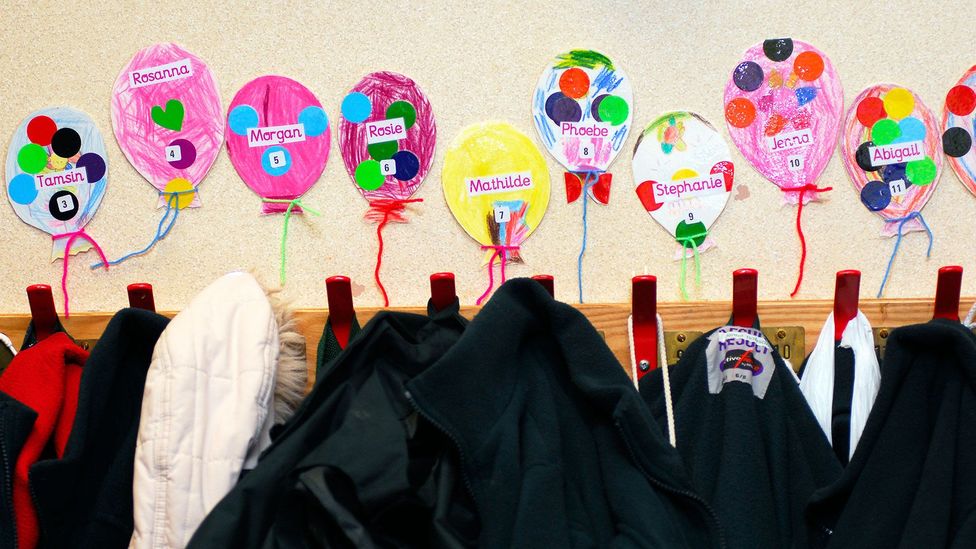 Some children may develop bad behaviour as a result of the associations with their name (Credit: Getty Images)

Our surnames may also reveal our physique, suggesting we could inherit body types from our ancestors, who were likely named after their profession.

Researchers asked more than 200 men with the surname Tailor or Smith (a name originally given to blacksmiths) their age, height and weight, as well as their abilities in strength and endurance sports. They also screened men’s rankings over one year for track-and-field events for all UK, Austrian and German athletic associations.

Whatever name we’re given at birth, what’s most important is the way we learn to deal it. Figlio’s research shows that boys with girls' names get into greater trouble than boys with typically male names, and that this difference is particularly the case in classrooms where there is a girl with the same name.

That our names can begin to influence our fate at such a young age is particularly concerning, but it is becoming a more recognised issue. Efforts such as the My Name, My Identity campaign are working to raise awareness of the importance of celebrating the sense of individuality our names hold.

And one consolation is that this struggle happens to the best of us. US president Barack Obama once joked of his middle name, Hussein, “I got my middle name from somebody who obviously didn’t think that I’d run for president”.