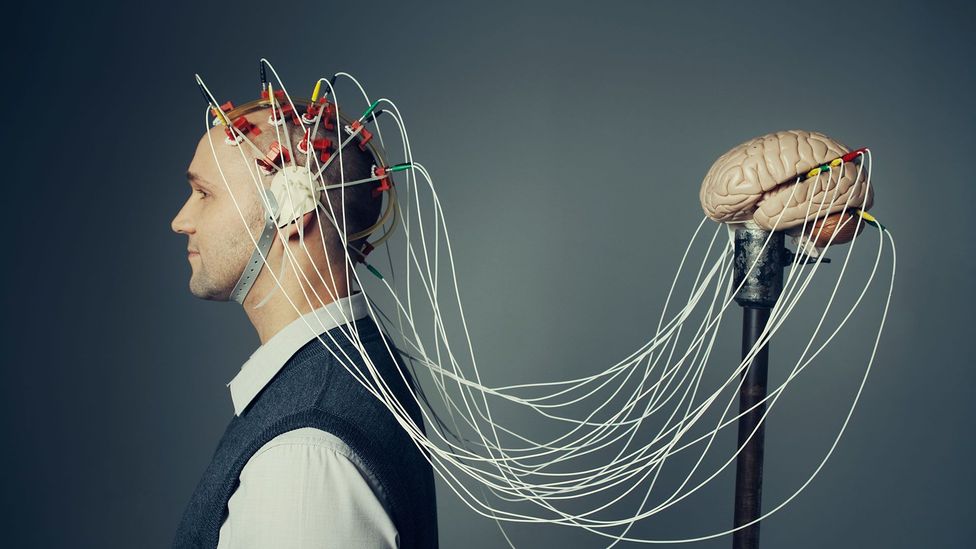 By David Robson 9th November 2016
When it comes to brainpower, we humans think our minds are the bees’ knees – but are we really much smarter than other animals?

The guests lining up outside a Brisbane gallery were not your typical culture vultures; in fact, until recently they’d never seen a painting in their life. But with just a little training, they developed their own artistic taste, showing a clear preference for Picasso’s crystalline constructions or Monet’s dreamy soft focus as they wandered lazily through the different rooms.

It’s little wonder that their talents created such a buzz, considering that they were working with a brain smaller than a pin head: these bona fide art critics were your common or garden honey bees, trained to find a syrupy surprise behind one or other of the artists' work.

In fact, the ability to recognise artistic style was just the latest in a long list of achievements. Honey bees can count up to four, read complex signs, learn from observation and talk to each other in a secret code (the famous ‘waggle dance’). When foraging, they can weigh up the distance to different flowers, planning complex routes to collect the most nectar with the least effort. And within the hive, their individual responsibilities can include cleaning, undertaking (as they tend to the dead) and even air-conditioning, as they collect water to drop on the honey comb during hot weather. 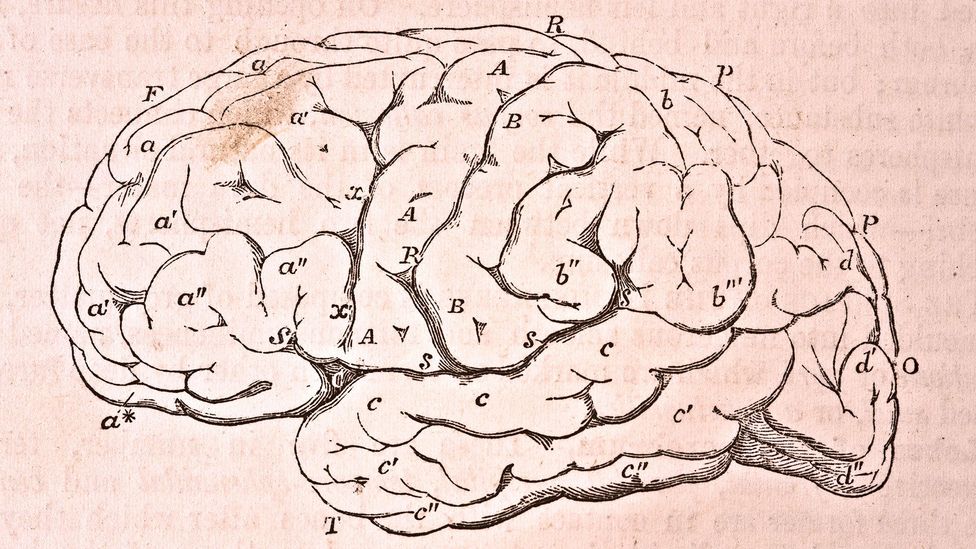 We have around 100 billion neurons, giving us a huge brain compared to our relatively puny bodies (Credit: Getty Images)

The human brain has nearly 100,000 times as many neurons as the bee brain, yet the rudiments of many of our most valued behaviours can be seen in the teeming activity of the hive. So what’s the point of all that grey matter we hold in our skulls? And how does it set us apart from other animals? These are some of the questions that will be discussed at the BBC Future’s World-Changing Ideas Summit in Sydney on 15 November.

ARE BIG BRAINS A WASTE OF SPACE?

About one-fifth of all you eat is used to power the electrical chit-chat between your 100 billion little grey cells. If a big brain didn’t give us any advantage, that would be an enormous waste.

And there are some clear benefits. If nothing else, it makes us more efficient at what we do. If honey bees are searching a scene, for instance, they will consider each object one by one, whereas larger animals have the extra brainpower to process it all at once. We can multi-task, in other words.

A bigger brain also boosts the amount we can remember: a honey bee can grasp just a handful of associations between signs signalling the presence of food, before it starts getting confused, whereas even a pigeon can learn to recognise more than 1,800 pictures, and that’s nothing compared to human knowledge. For a comparison, consider that a memory champions can remember the sequence of Pi to literally thousands of decimal places.

OK, SO WE CAN REMEMBER A LOT. WHAT ELSE?

Darwin described these kinds of distinctions as “differences of degree, not kind” – a conclusion that some might find frustrating. If you look at human civilisation and all we have achieved, surely we must have some particularly special ability that is completely lacking in all other animals?

Culture, technology, altruism and many other traits have all been touted as signs of human greatness – but the more you look, the narrower that list becomes. 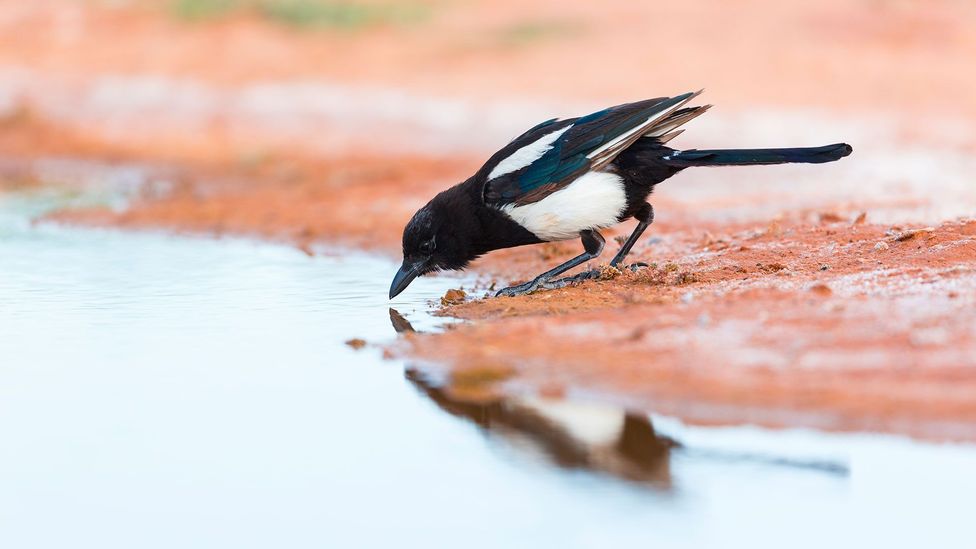 Magpies are known to be among some of the most cognitively advanced birds (Credit: Getty Images)

Macaques, for instance, have long been known to pick up stones to crack nuts while New Caledonian crows can craft hooks from a broken stick to help them pick up food - both rudimentary forms of tool use. Even invertebrates are getting in on the act. Veined octopuses, for instance, appear to collect coconut shells, dragging them along the sea floor for later use as a shelter.

A chimp in Zambia, meanwhile, has been caught wearing a fetching tuft of grass in her ear – apparently for no other reason than that she thought it looked nice. Soon, many of the other chimps in her group copied her fashion statement, a form of adornment that some researchers have interpreted as a form of cultural expression.

Many creatures also seem to have an innate sense of fairness, and may even feel empathy for others – as our colleagues at BBC Earth recently explored – again suggesting a kind of rich emotional life that was once thought to be our specie's domain. Consider the case of a humpback whale, which was recently seen saving a seal’s life, protecting it from a killer whale attack – evidence that we are not the only animal to behave altruistically.

HOW ABOUT CONSCIOUS THOUGHT?

Perhaps the answer instead lies in a “sense of self”, a creature’s ability to recognise itself as an individual. This navel gazing would be a rudimentary form of consciousness. Of all the different qualities that might make us unique, self-awareness is the toughest to measure with any certainty – but one common test involved daubing a spot of paint on the animal, and putting it in front of a mirror. If the animal notices the mark and tries to rub it off, we can assume that the animal recognises its reflection, suggesting it has formed some kind of concept about itself.

Humans don’t develop this capacity until they are around 18-months-old, but a handful of other animals appear to demonstrated this kind of awareness, including bonobos, chimps, orang-utans, gorillas, magpies, dolphins and orca whales. 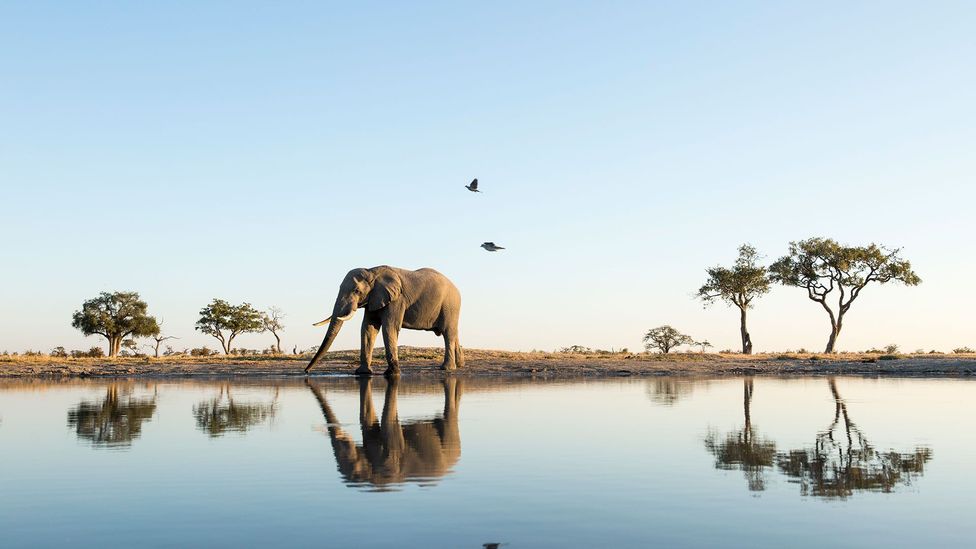 Elephants can recognise their own reflection (Credit: Getty Images)

SO WE’RE NOTHING SPECIAL AFTER ALL?

Not so fast. A couple of mental capacities may be purely our own, and they are perhaps best understood by considering a family’s conversation around the dinner table.

The first astonishing fact is that we can speak at all, of course. No matter what you’ve been thinking and feeling throughout the day, you will be able to find words to express the experience and describe it to those around you.

No other creature can communicate with such freedom. The honey bee’s waggle dance, for instance, can relay the location of a flower bed, and it can even warn the other bees about the presence of a dangerous insect, but it can’t express everything the bee has experienced: it is limited to a few facts about the immediate circumstances. Human language, in contrast, is open-ended. With infinite combinations of words to choose from, we can articulate our deepest feelings or lay down the rules of physics – and if we can’t quite find the right term, we can just invent a new one.

What’s even more remarkable though, is the fact that most of our conversation is not rooted in the present, but revolves around the past and the future, which brings us to one of the other traits that may define us. We’ve already explored how we may be able to recall more facts than most animals. This is ‘semantic’ memory. But as Thomas Suddendorf at the University of Queensland will point out at the World-Changing Ideas Summit, we also have ‘episodic’ recall – the ability to mentally relive past events, picturing them in multi-sensory detail. It’s the difference between knowing that Paris is the capital of France, and being able to bring back the sights and sounds of your first trip to the Louvre. 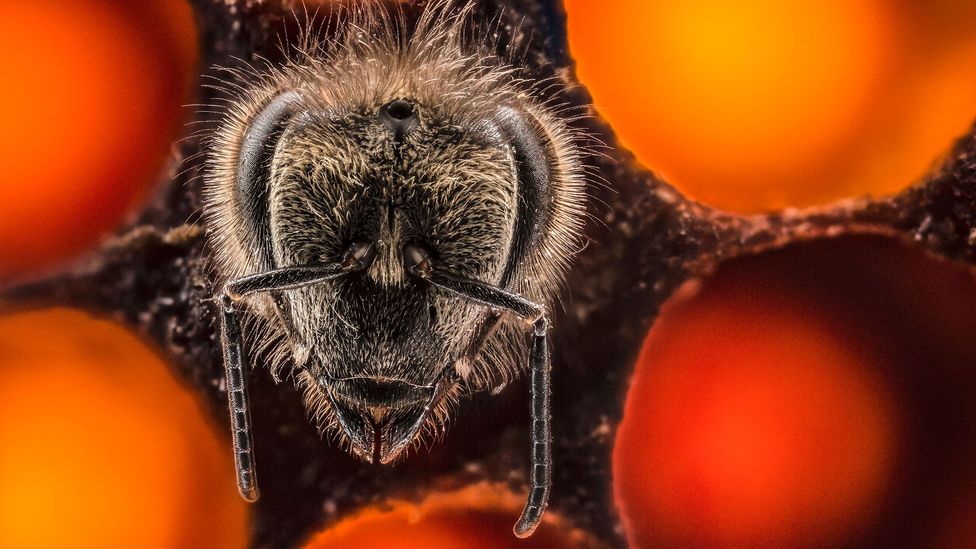 Bees may be stuck in the present, with no concept of future or past (Credit: Getty Images)

Crucially, the ability to think back to the past also allows us to imagine the future, too, as we use previous experiences to predict future scenarios. You might imagine your next holiday by recalling all your past trips, for instance, allowing you to picture what kind of hotel you like, plan the sights you want to visit and build a menu of food you want to eat.

No other animal appears to have such elaborate personal memories, combined with the ability to plan whole chains of actions in advance. Even bees, with their complicated housekeeping in the hive, are probably only responding to their present circumstances; their thoughts don’t go beyond the next flower they would like to visit or the danger of an intruder. They are not going to reminisce about what it felt like to be a larva.

Together with language, mental ‘time travel’ allows us to share our experiences and our hopes with many other people, building networks of combined knowledge that are continually growing with each generation. Science, architecture, technology, writing – in short, everything that allows you to read this article – would be impossible without it.