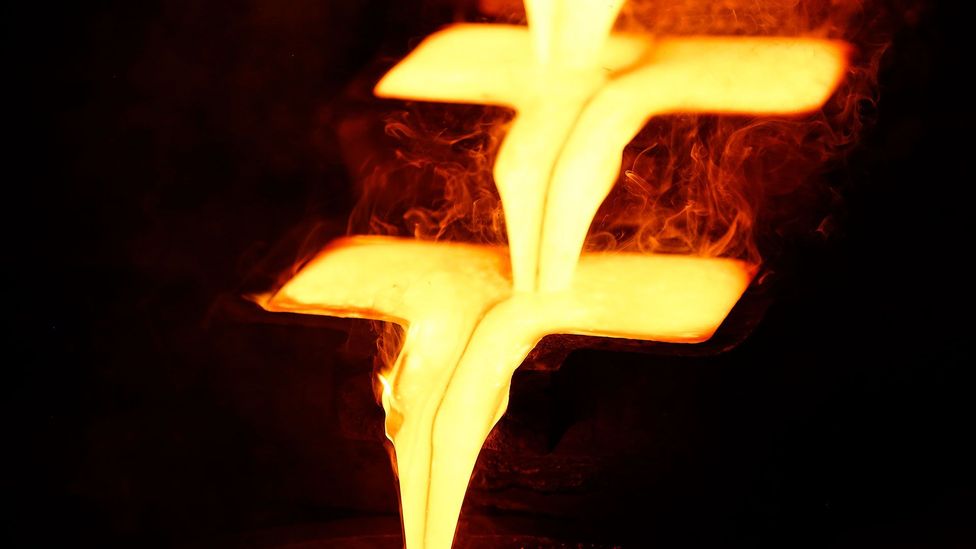 By Bianca Nogrady 18th November 2016
Scientist Veena Sahajwalla wants to create a swathe of miniature furnaces that will recover riches from your discarded cellphones.

How many mobile phones have you owned in your lifetime? Given that we upgrade to a new smartphone on average every 11 months, it’s unlikely any of us could answer this question with any certainty.

The next question is likely to be even harder: what happened to all your old phones? We might care more if we knew just how valuable those out-of-date smartphones, tablets and computers are. As our infographic revealed yesterday, they are – quite literally – a gold mine.

Veena Sahajwalla, Director of the Centre for Sustainable Materials Research & Technology at the University of New South Wales, knows how we can tap into it.

“How do we get to point where every community and city can take electronic devices and convert them into their valuable materials?” Sahajwalla asked the BBC Future’s World-Changing Ideas Summit in Sydney. “If everyone has to do it, we can’t think about large smelters – we need to see this as decentralised and distributed manufacturing, where the resource and inputs are things that we all hold in our hands.”

Her solution involves reimagining one of the pillars of modern industry – the factory. Instead of the modern set-up of a gargantuan institution nestled in a forest of smog-spewing chimneys, Sahajwalla is championing the microfactory: a recycling and reclamation system small and efficient enough that it can be set up in every community across the globe. Microfactories not only enable local recycling of e-waste, but could be dove-tailed into manufacturing systems that use the reclaimed resources. 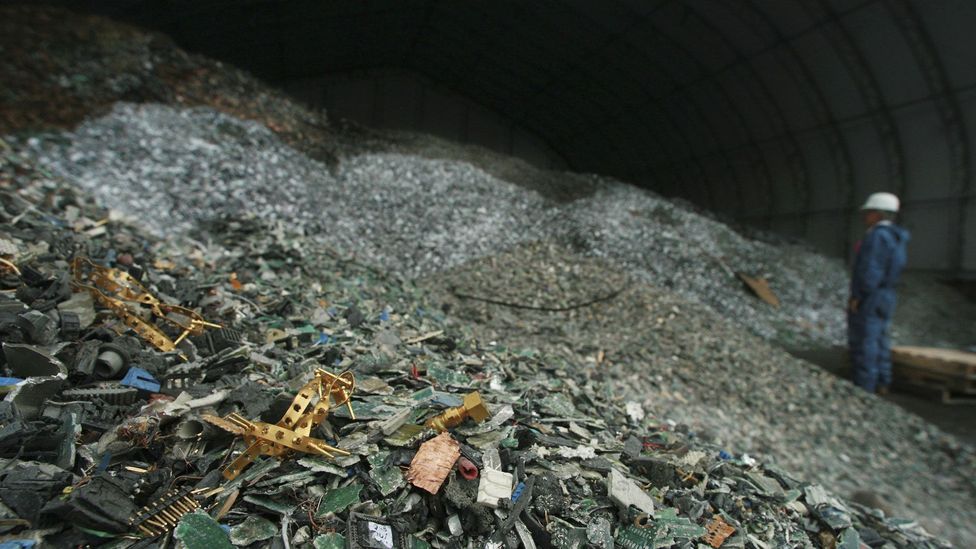 E-waste contains metals such as gold, iron, silver, copper, platinum and palladium, as well as rare earth elements such as yttrium, lanthanum, terbium, neodymium, gadolinium and praseodymium; not to mention glass and plastic. And while the amounts in each phone are small – 0.034g of gold, for example – they quickly add up when you consider that around 42 million tonnes of e-waste were generated in 2014 alone, and the UN Environmental Program estimates that figure is increasing by 3-5% each year.

Currently, most of this waste is shipped around the world for processing in places such as Guiyu in south-eastern China – not coincidentally one of the most polluted places on Earth – because the industrial world has yet to come up with a way to efficiently and economically tease apart the tangled and tiny amounts of resources in each piece of e-waste.

Sahajwalla’s microfactory is designed to do just that. “Microrecycling is the new scientific paradigm,” she says. “Conventional recycling works for the macro-scale but we need to look at the micro-scale, for example where you have mixtures of copper and nickel and zinc together.”

In Sahajwalla’s vision of the microfactory, pre-programmed automated drones are used to pick out items such as circuit boards from a pile of smashed e-waste. These boards are then put into a tiny furnace which uses selective temperatures to extract the valuable resources, such as copper alloys. The glass and plastic can also be combined in this high-temperature smelter to produce silicon carbide nanoparticles, which have a range of industrial applications.

The approach also solves the challenge of extracting rare earth elements, which are called this not because they are necessarily hard to find – they are actually relatively abundant – but because they are fiendishly difficult to refine. In e-waste, particularly hard-drives, rare earths are commonly found combined with iron, which until now has presented an almost insurmountable recycling challenge. But again, Sahajwalla’s microfurnace is able to extract the rare earth oxides, as well as the iron droplets. Even CDs have been recycled into their more valuable components using the microfurnace approach.

Sahajwalla also wants to make the energy inputs into the microfactory as sustainable as possible. “What if we could bring together renewable energy and combination of solar energy along with these materials– that’s when we are truly sustainable,” she says. 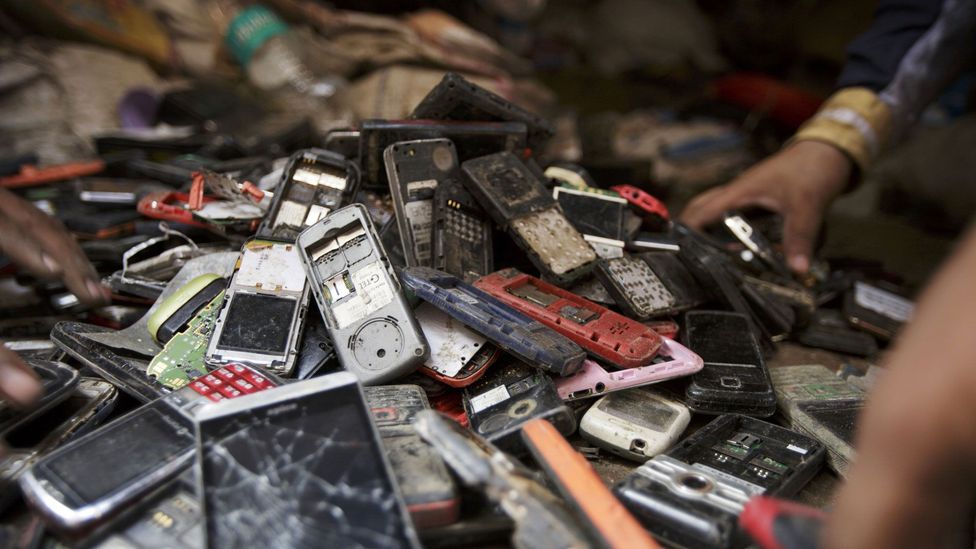 As well as avoiding the energy-intensive transportation of waste around the world, Sahajwalla sees these microfactories as the embodiment of decentralised, distributed manufacturing.

“It creates local jobs where everyone has the opportunity to participate in creating local resources,” she says. She envisages microfactories not only enabling the creation of entirely new small-scale industries using the resource outputs of the microfactories, but also giving existing small businesses the chance to carve new niches for themselves.

“Small-to-medium enterprises are typically hungry for innovative solutions, and we have had great feedback from groups in the manufacturing space.”

E-waste is estimated to contain upwards of $52bn worth of embedded resources, many of which are harder to extract from the earth than from e-waste. “How much effort goes into getting to that gold right now,” she says. “We’re wasting a lot of energy when we could be looking at this other resource that we’re all carrying in our hands.”