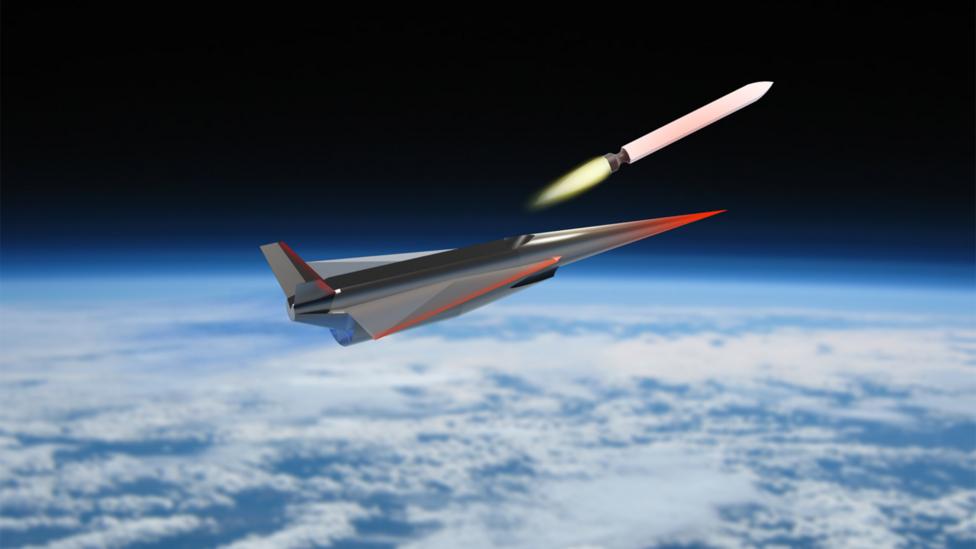 The next big leap in space travel will use hypersonic planes

Scramjets capable of flying at Mach 15 will make it easier and cheaper to send spacecraft and people into orbit, says hypersonics expert Michael Smart.

Sending satellites, spacecraft and humans into space is an expensive business. If humanity wants to venture further across the Solar System, we need ways of reducing the cost. Perhaps the easiest way to do this is to make the vehicles we use to launch missions into space reusable.

Michael Smart, chair of hypersonic propulsion at the University of Queensland, believes hypersonic planes are the solution. He spent 10 years designing hypersonic engines called scramjets for Nasa before establishing his own research group, which now works with the Australian Department of Defence, Science and Technology and the US Air Force.

The system would be 85% reusable

Instead of carrying heavy tanks filled with oxygen into orbit like rockets, scramjets only need to carry fuel, making them more efficient, Smart explains in the video above for BBC Future at the World-Changing Ideas Summit in Queensland, Australia in November. As they work like planes, they can be landed safely and reused in the future.

Smart’s vision, which his team have called Spartan, would use scramjet-powered aircraft – capable of reaching speeds of up to Mach 15 (11,509mph) – to carry spacecraft 35km (22 miles) into the atmosphere. From here a final rocket stage could take over to carry the spacecraft the rest of the way into orbit. This system would be 85% reusable. Hear Smart explain more about what he describes as the “next big leap in propulsion” in the video above.