Our vast Universe may have been formed with help of dark matter particles we haven’t been able to observe. The hunt is on to prove they, and the “dark stars” they created, exist.

Think of everything we know that exists in the Universe – the huge cosmic furnaces like our Sun. The gas giants that dwarf our own planet. Strings of asteroids rushing through the emptiness of space. And the far-off stars, blazing suns thousands of light years from our own.

All of this takes up less than 5% of the mass of the Universe. And the rest? Some of it is still a mystery.

There is one element that may make up as much as 25% of the Universe. We can’t see it or feel it. It doesn’t interact with light. It doesn’t even share the basic building blocks, the electrons and protons inside the atoms found in all matter.

This is “dark matter”, and scientists have been grappling with understanding what it is for decades, as the video above shows. Theoretical astrophysicist Katherine Freese is one of those on the hunt for these mysterious building blocks. Thirty years ago, her theories about an unseen glue that helped shape the Universe led to the building of underground particle accelerators around Earth, such as the machines at Cern in Europe. And the particle they are looking for? They are called Wimps, and according to Freese, stars made of this illusive stuff may even have helped create the cosmos, billions of years ago.

A nice analogy for the dark matter might be something like the wind. We don’t see it directly, it’s invisible, and yet we’re very sure that it’s there because it makes the leaves rustle around – Katherine Freese, astrophysicist

Wimps (Weakly Interacting Massive Particles) are large particles that do not interact with electromagnetic forces. This makes them “dark” – they can’t be observed using the electromagnetic sensors humanity has been scouring the Universe with over the last century.

But thanks to the theory of supersymmetry – which suggests every known particle will have an “anti-matter” equivalent – there is a gap in our current atlas of particles, and Wimps seem to fill that hole admirably. They are everywhere, but leave no trace because they are so reluctant to interact with the conventional particles surrounding them. 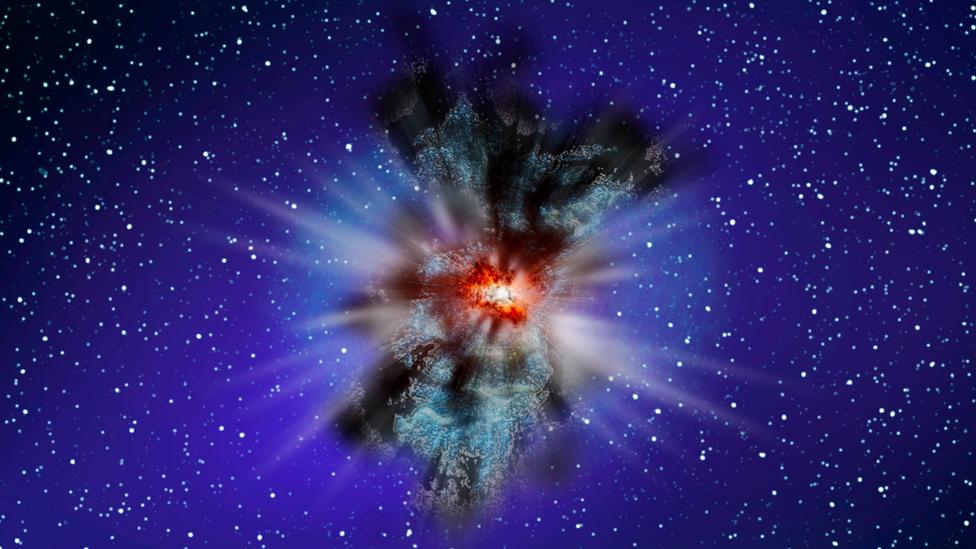 The particles created from dark matter annihilation may have formed all that surrounds us (Credit: Science Photo Library)

“Well, if we take all the objects in our daily experience – your body, the chair you’re sitting in, the air you’re breathing, the walls around us, throw in the planets, throw in the stars – all of that, it’s made of atoms, which we do understand, but all of that atomic matter only adds up to 5% per cent of the universe -  5%! So it’s the other 95% that we have to understand. And that’s where dark matter and dark energy come in.

“When these things go through you – and there are billions going through you every second – you don’t notice it because this weak nuclear force is really weak, so really not much is happening.”

So how do you set about looking for something that you have no hope of seeing?

“A nice analogy for the dark matter might be something like the wind. We don’t see it directly, it’s invisible, and yet we’re very sure that it’s there because it makes the leaves rustle around. So the same thing is true with the dark matter. We see that it pulls things around… it’s matter, which means it feels gravity. It clumps together and it pulls on things. So that’s how we know that it’s there, although we don’t know yet exactly what it’s made of.”

The dark stars would have started out about as massive as the Sun, but they could have kept growing until they’re a million times the mass of the sun and a billion times as bright – Katherine Freese

So if Wimps exist – and Freese believes they do – they would have first sparked into existence soon after the Big Bang.

Freese investigated this theory with fellow astrophysicists Paolo Gondolo for the University of Utah and Doug Spolyar from the University of Stockholm in Sweden. They were, essentially, searching for the first “dark stars” formed in the earliest days of the Universe.

Despite their name, the ancient dark stars would have blazed brilliantly – powered by the dark matter annihilating. And some might live on in the far reaches of the Universe, shining intensely.

“The dark stars would have started out about as massive as the Sun, but they could have kept growing until they’re a million times the mass of the sun and a billion times as bright. 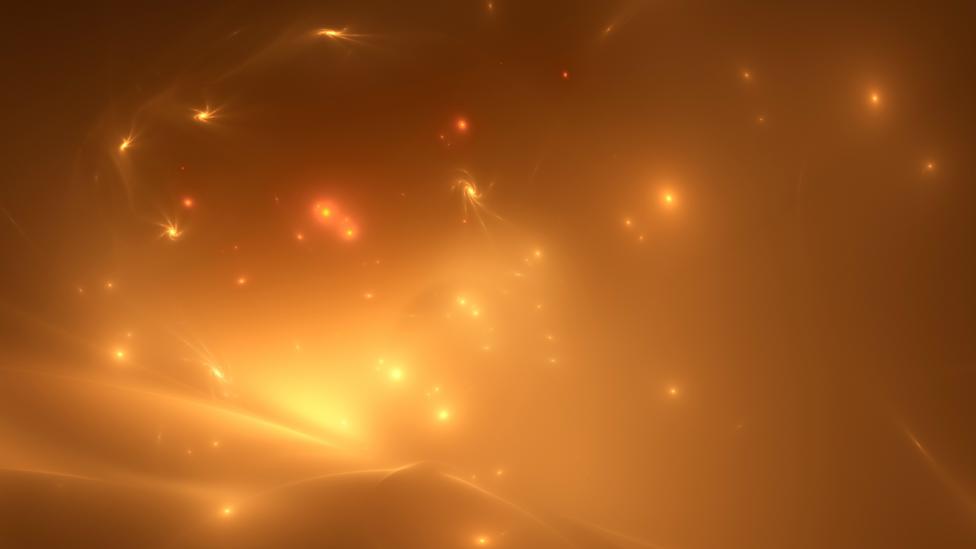 The dark matter suns would have been formed about 200 million years after the Big Bang (Credit: Science Photo Library)

“The next major telescope, the James Webb Space Telescope – it’s the sequel to the famous Hubble Space Telescope  – that could be able to discover dark stars. Now if you do that, not only have you found an entirely new type of star, which is incredibly exciting, but you’ve also proved that it has to be powered by Wimps. So you’ve really solved that problem as well.”

It could signal an end to one of the most challenging quests in modern science. Scientists have been trying to solve the problem of dark matter since the 1930s, but that there were hints to their possible existence even before that.

“When people studied the Sun and the planets moving around the Sun, they realised that the central planets are moving really rapidly, but then as you move further out, they’re moving more and more slowly,” Freese says.

Without the dark matter particles, the Universe as we know it would not have been able to form 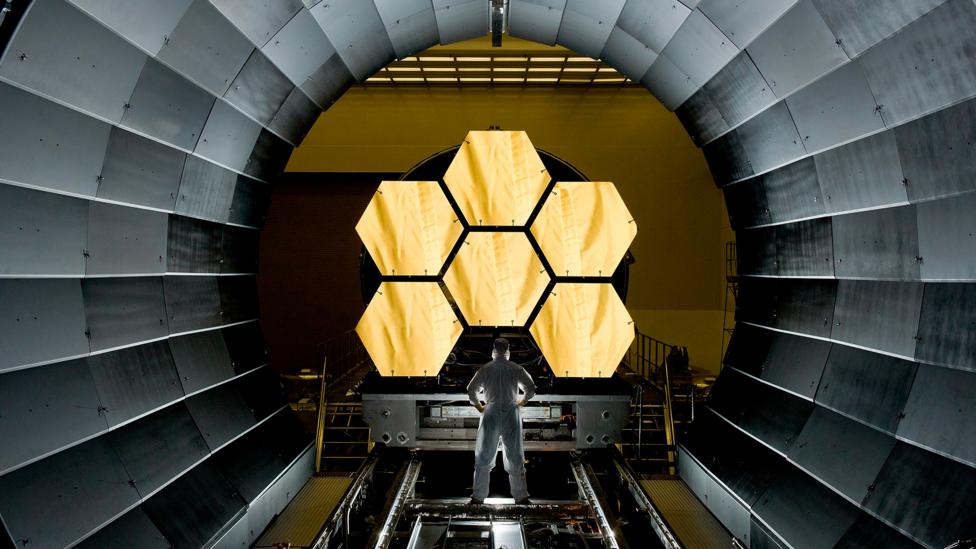 The James Webb Space Telescope may be able to find other "dark suns" out in the cosmos (Credit: Science Photo Library)

Freese believes that the stars and the planets that we see in the night sky are the culmination of a long string of reactions started by these weakly interacting particles.

“So first the dark matter clumped together and then the ordinary atoms, the neutrons and protons and so on, they fell in along with the dark matter protogalaxies that then led to our galaxies, and it’s inside those galaxies that we then have stars and planets and the earth that we exist in. But we needed dark matter to have that to begin that formation of structure.

“Without dark matter it would happen eventually, but it would not have happened yet.” 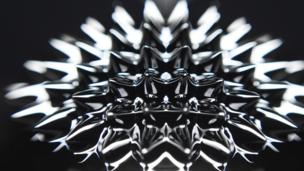 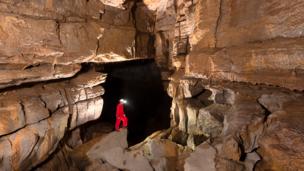 Why astronauts train in caves 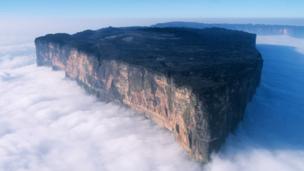 Could this region hold life's secrets? 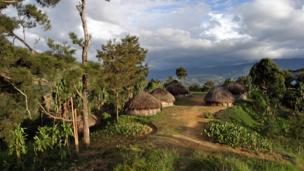 How to save lives outside a hospital
Around the BBC