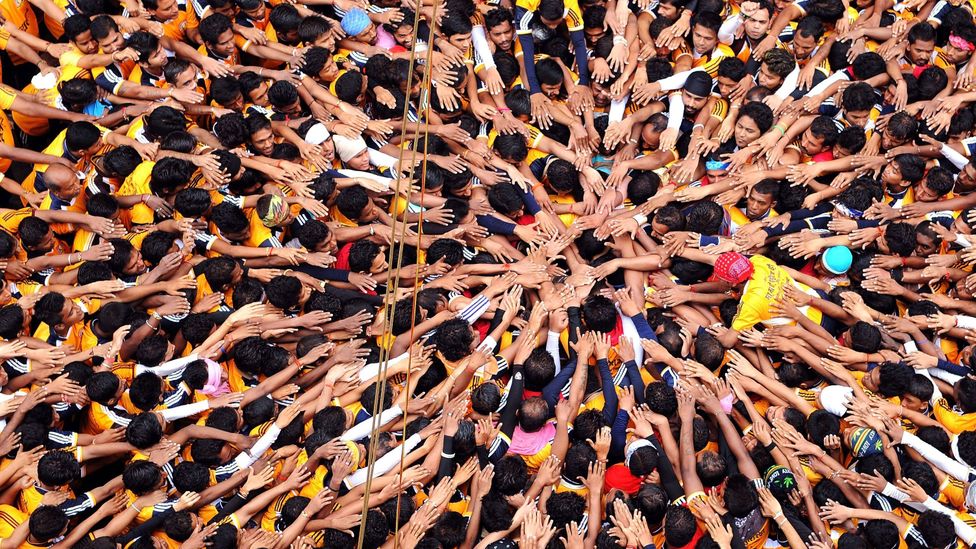 By Simon Oxenham 15th December 2016
A tool inspired by swarming insects is helping people predict the future - making groups of people smarter than their members are by themselves.
L

Louis Rosenberg thinks he has found a way to make us all a lot smarter. The secret to this superhuman intelligence? Bees.

Rosenberg runs a Silicon Valley startup called Unanimous AI, which has built a tool to support human decision-making by crowdsourcing opinions online. It lets hundreds of participants respond to a question all at once, pooling their collective insight, biases and varying expertise into a single answer.

Since launching in June, Unanimous AI has registered around 50,000 users and answered 230,000 questions. Rosenberg thinks this hybrid human-computer decision-making machine – once dubbed an ‘artificial’ artificial intelligence – could help us tackle some of the world’s toughest questions. What’s more, with advances in AI coming thick and fast, he sees it as a way to put humans back into the loop.

“We can’t stop the development of smarter and smarter artificial intelligences,” he says. “So our alternative is to make ourselves smarter so that we always stay one step ahead.” 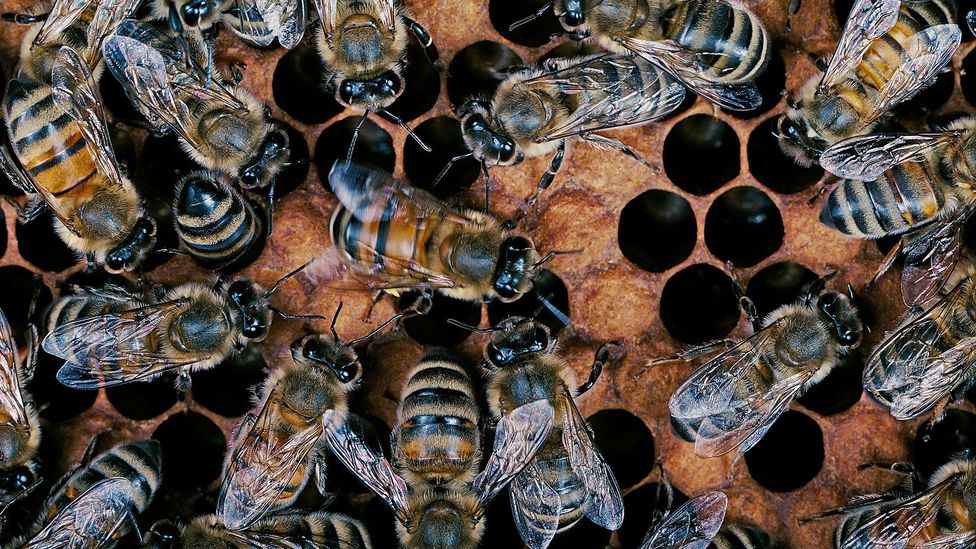 Which is where the bees come in. “If you look at social species like bees they work together to make better decisions,” he says. “That’s also why birds flock and fish school — it allows them to react in optimal ways by combining the information that they have. The question for us was, can people do that?”

If you look at social species like bees they work together to make better decisions — can people do that?

Most recently, they predicted not only the winning team in World Series Baseball, the Chicago Cubs — who took the prize for the first time since 1908 — but also the Cub’s opponent in the final game, the Cleveland Indians, as well as all eight of the teams to make the playoffs. These correct predictions were published four months in advance in the Boston Globe. 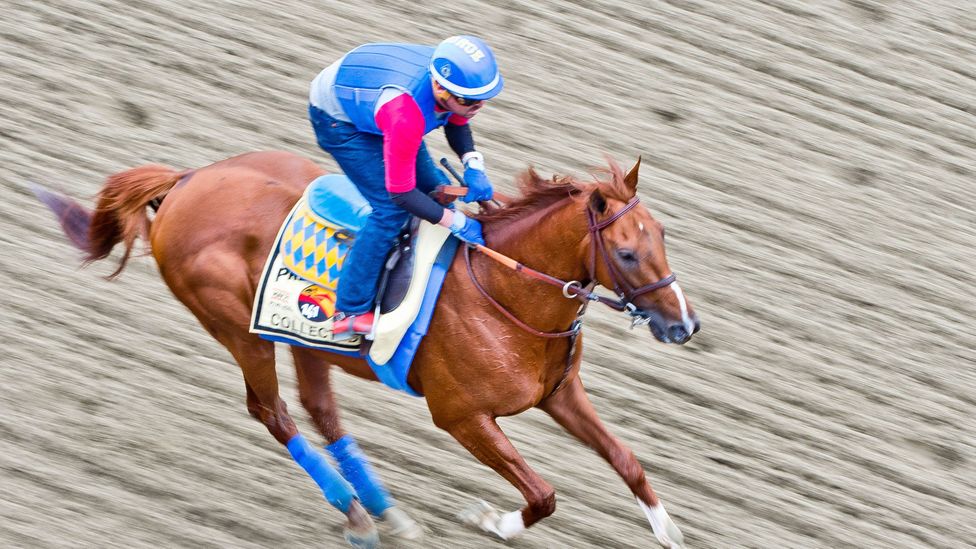 Human swarms have predicted the outcome of several sports events, such as this year's World Series Baseball and the Kentucky Derby (Credit: Getty Images)

So, what’s going on? “The wisdom of the crowd is well known,” says Toby Walsh, an artificial intelligence researcher at the University of New South Wales in Sydney, Australia. “Various methods have been developed to tap into collective smarts.” One example is prediction markets, where individuals make financial bets – on the stock market, say – based on the outcome of a future event. The overall market behaviour can be used as an indicator of the probability of that event.

And in 1999 – three years after losing to IBM’s Deep Blue computer – chess master Gary Kasparov took on a crowd of 50,000 people over the internet. He won, but said he had never before expended so much effort in a game and called it the greatest game in the history of chess – thanks to the sheer number of ideas and different viewpoints.

In fact, the idea goes back at least 100 years. In 1906, the polymath Francis Galton asked 787 farmers to guess the weight of an ox. Their guesses were all over the place but the average of all of them was only a single pound off the correct answer of 1,197 pounds. A few years ago, US National Public Radio repeated the experiment by asking more than 17,000 people to guess the weight of a cow in a photograph. Again, the average was remarkably close – within 5% of the correct weight. And in this case, the crowd was not made up of farmers.

Educated guesses are clearly part of it. Yet – as with the NPR stunt – the participants in Rosenberg’s experiments are not experts. Nobody in the group that predicted last year’s Oscar winners had even seen all of the winning films, for example.

More importantly, relatively small swarms consistently outperform much larger crowds. Last year Rosenberg put the cow question to a swarm. With a pool of just 49 people, the accuracy of the guess more than doubled when acting as a swarm compared to simply averaging the group's responses. It’s more than just the wisdom of crowds, says Rosenberg. “We make groups of people smarter.”

It’s more than just the wisdom of crowds. We make groups of people smarter

Crowd wisdom is more usually harnessed via polls or voting. This does have an amplification effect, says Rosenberg – we tend to make better decisions as a group than as individuals. But Rosenberg’s approach is designed to go one better. “Swarms will outperform votes and polls and surveys because it’s allowing the group to converge on the best answer, rather than simply finding the average sentiment,” he says.

Picking an answer all at once is important because it stops those who get in first from swaying others. In public votes, people who vote first can influence a group, for example.

And in prediction markets, those with more money have greater sway on the final outcome. Such forces can distort the real picture.

So Rosenberg, who cut his teeth building augmented reality systems at the US Air Force’s Armstrong Labs in the early 1990s, turned to bees. When a swarm of bees wants to set up a new colony it must come to a collective decision about where to build it. A few hundred scout bees will set off in different directions to look for potential locations. When they return, they perform a waggle dance to communicate information about what they have found to the swarm.

Different scouts attempt to pull the swarm towards or away from their preferred direction and eventually the colony decides as a group which scout to follow, making a decision no individual bee could ever have made on their own. 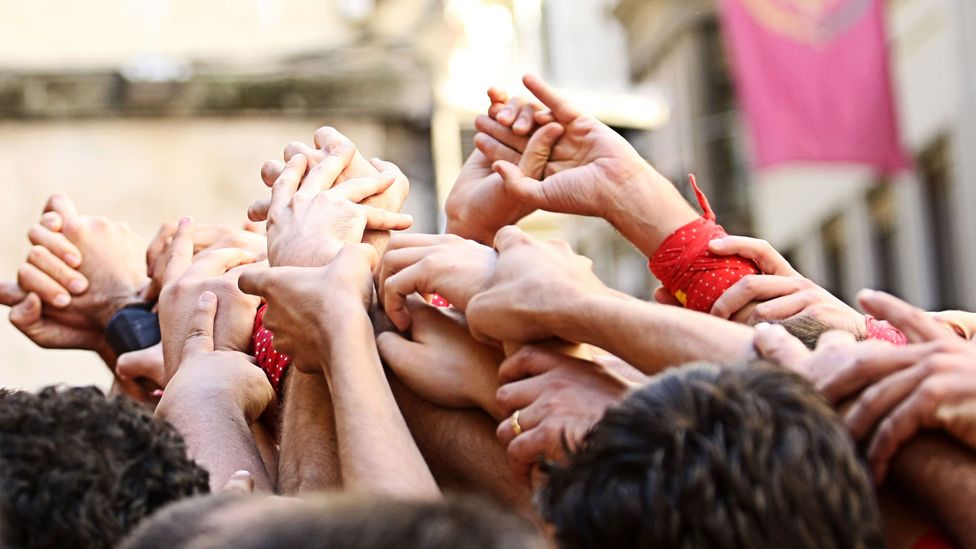 Member of a swarm must vie with others in the group to pull them towards their preferred solution (Credit: Getty Images)

Rosenberg is trying to capture the same dynamic with his human swarms. Answering a question with the Unanimous AI tool involves moving an icon to one corner of the screen or other – pulling with or against the crowd – until the hivemind converges. Individuals must constantly vie with other members of the group to persuade them to edge towards their preferred solution.

Experiments have shown that the approach outperforms existing crowd-based prediction using polls. In another study, Rosenberg and colleagues asked a crowd of 469 American Football fans to predict the outcomes of 20 bets in the 2016 Super Bowl. They then gave the same task to a swarm of just 29 fans. Despite being 16 times smaller – and no better informed - the swarm was correct for 68% of its predictions compared to 48% for the crowd.

Too good to be true? To see for ourselves, BBC Future Now joined a swarm. We challenged the Unanimous AI team to replicate their findings by predicting a series of football results in the English Premier League. Most swarm participants are based in the US and would know little about the teams involved.

For each game the swarm had to predict a win, lose or tie. Random luck would have resulted in 33% accuracy but the swarm of 21 US sports fans correctly predicted the result of 6 out of the 10 games. After placing a £1 bet on each game, our money was returned with 62p profit. Not bad but not quite the hundreds of dollars won off a $1 bet by Tech Republic’s Hope Reese in the Kentucky Derby Superfecta in May.

Rosenburg is not too interested in gambling, however. He knows that some will want to use his tool to make better bets than they could as individuals. “If it becomes widespread it could affect the way odds are calculated,” he says. But for him, sporting events are just a handy testbed. "They are a good way to quantify performance.”

Instead, Rosenberg is offering his tool to businesses. The team’s successes have led to them receiving interest from a wide range of groups, from organisations that make financial predictions to market research companies. “The long term value of amplifying the intelligence of people is a lot more important than betting on sports,” he says.

For example, sales teams could make better forecasts as a swarm. “It’s really about making better use of the knowledge and wisdom and intuition that already exists in the team,” he says. 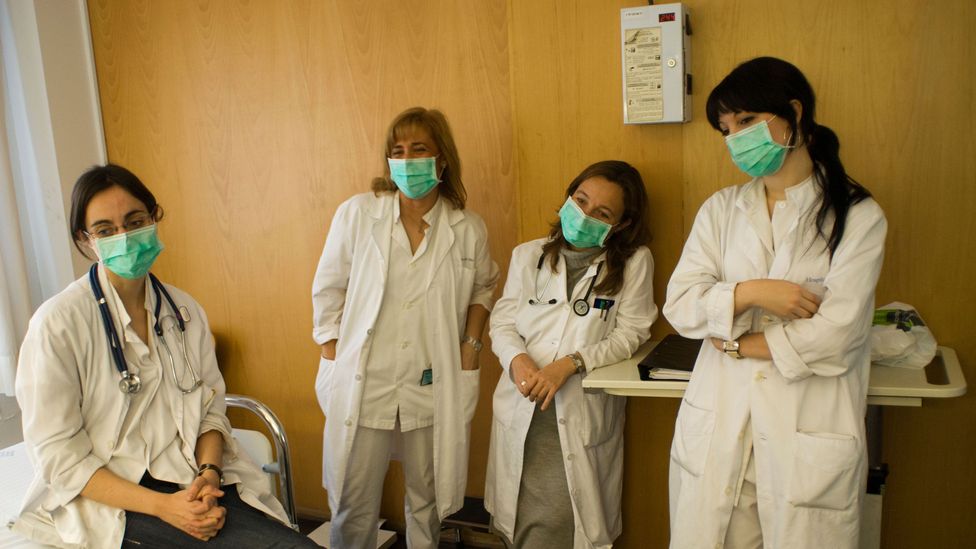 Rosenberg has also had interest from doctors. A medical diagnosis is a form of prediction that could benefit from swarm intelligence, he says. “A radiologist, an oncologist, other specialists might come to a conclusion about a diagnosis and our vision is for them to make better use of their combined knowledge and intuition.”

Medical diagnoses are also now being made by machines. But ultimately, Rosenberg thinks human swarms have an advantage here over artificial intelligence. “There is a lot of work out there to take people out of the loop in things like medical diagnosis,” he says. “But if you are taking humans out of the loop you are in danger of ending up with a very cold form of AI that really has no sense of human interest, human emotions, or human values.”

Rosenberg’s concerns go beyond medical diagnoses. “In many ways if we build an artificial intelligence that’s truly intelligent then it will be as unpredictable as if aliens showed up on Earth,” he says. By amplifying our intelligence, he sees swarms as a way to keep humans in the race. “It’s a way to have the intelligence benefits of AI while still keeping human emotions and values and intuition.”

It’s a grand vision. Walsh is more cautious, however. “There's a difference sadly between a simple lab experiment and how people behave in the messy world,” he says. “I'd be less sure that well-known pitfalls like the tragedy of the commons – where selfish individuals act against the interests of the group - can be avoided so simply.”

With the really big problems, human self-interest may stop us from ever reaching consensus

With the really big problems, human self-interest may stop us from ever reaching consensus. “Climate change is a good example of a tragedy of the commons where swarm intelligence will not help,” says Walsh.

There’s another reason to pause too. Animal swarms occasionally end in catastrophe. Ants, for example, swarm by leaving behind a pheromone trail that other ants follow. The behaviour sometimes leads to a phenomenon known as a death spiral, which occurs when ants get stuck following the ant in front in a growing circle until they all die.

Still, Rosenberg is not perturbed. “Swarms are one very simple way of keeping ourselves ahead of the machines,” he says. And with polling failing to predict the political outcomes of Brexit and the US presidential election, the time may be right for a better way to tap our collective intelligence.

So, death spiral or shortcut to a supersmart future? That’s one for the swarm, perhaps.