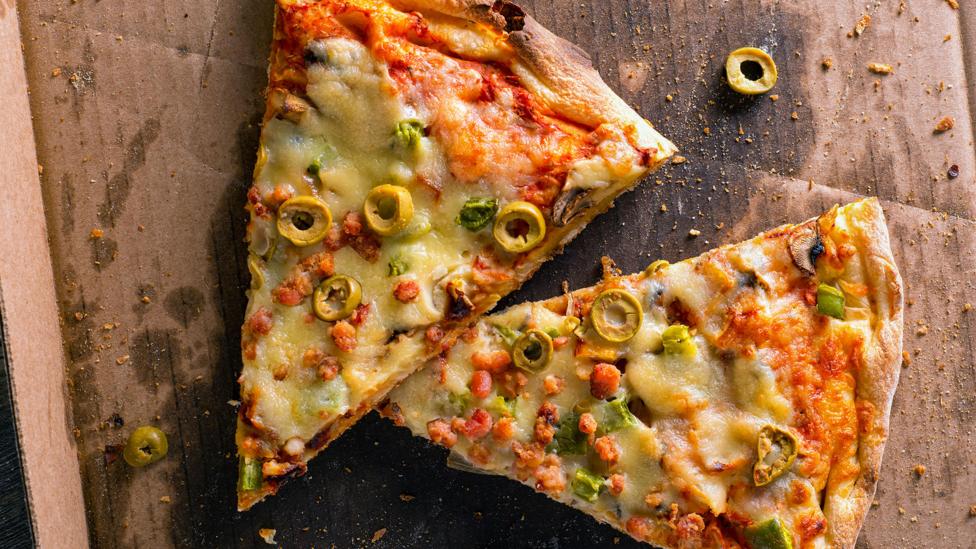 By Prathap Nair 24th January 2017
Food waste is a trillion dollar problem around the world but Denmark has managed to cut the amount of food it throws away by a quarter. Here's how it did it.
O

On a chilly summer’s night in the centre of Copenhagen, a crowd gathers around the entrance of a restaurant called Dalle Valle. It’s 22:30 and the dinner buffet is winding up and the kitchens are about to close. But these people, mostly in their 20s and 30s, are here for the food that the diners inside didn't want.

Dalle Valle is one of hundreds of restaurants and cafes listed in an app called Too Good To Go, which lets you order takeaway food that would otherwise be thrown away, for knock-down prices. It’s an example of many social initiatives set up in the last few years to address the growing problem of food waste. And in Denmark, they are leading the world. 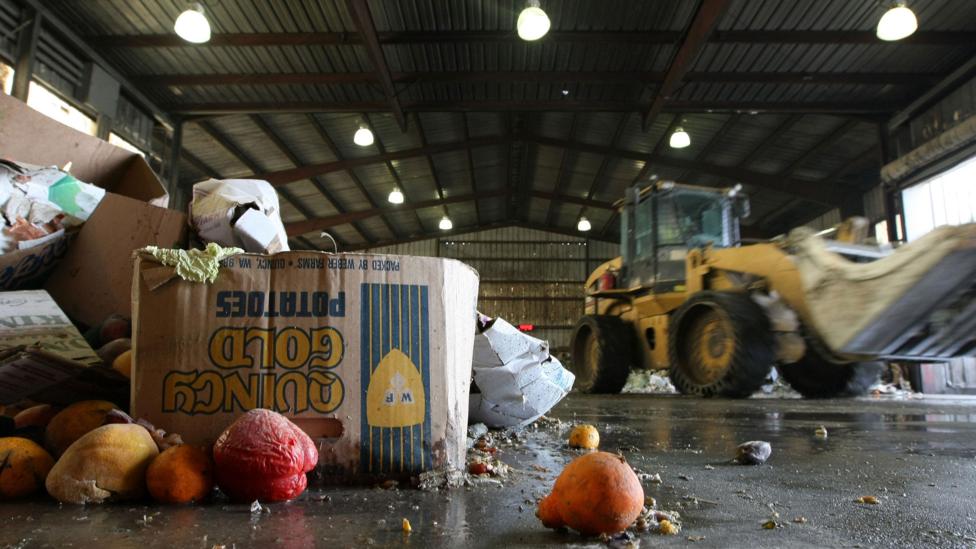 Across Europe, 100m tonnes of food ends up in landfills every year, producing large amounts of greenhouse gases as it decomposes (Credit: Getty Images)

Like many countries, Denmark has a problem with food waste. A 2014 government survey estimated that each household in the country throws away 105kg of food each year on average. Worth around 3,000 kroner (£350), that’s more than a month’s worth of food for most families. Shops will also discard food with minor cosmetic flaws. It is common for bakery staff to throw away rolls or loaves of bread that come out of the oven the wrong size or shape, for example.

Across Europe, 100m tonnes of food a year ends up in landfills. As the food decomposes, it produces an estimated 227 tonnes of CO2 equivalent gases – roughly as much as the total fossil-fuel emissions of Spain.

And it’s not just a problem in rich countries. The United Nation’s Food and Agriculture Organization estimates that roughly the same amount of food goes to waste in developing nations as industrialised ones: around 630 and 670m tonnes respectively. In all, a third of the food produced for human consumption each year – a trillion dollar’s worth – goes in the bin.

Now Denmark is showing other countries what can be done. It has reduced its food waste by 25% in the last five years, according to a study by the Danish Agriculture and Food Council. Its success is largely down to changing shoppers’ habits. Last year two branches of a supermarket called WeFood opened in Copenhagen. The shops only sell food that has passed its sell-by date.

The UK comes in second. Between 2008 and 2013, it reduced its waste by 21%. And the Real Junk Food Project opened the UK’s first surplus-food store in Leeds in September.

Yet Denmark now has more initiatives tackling food waste than any other country in the world. And most of this activity can be traced back to Selina Juul, a Russian graphic designer turned food activist, who started a movement called Stop Spild Af Mad (“Stop Wasting Food”) eight years ago.

When Juul moved to Denmark in the 1990s to study, she was delighted to see an abundance of food. "I came from Moscow where communism had just collapsed and supermarket shelves were constantly empty,” she says. “Food was an often unmet necessity." But working part-time in a supermarket bakery, she was also shocked to see bread being discarded every day simply because it did not look right.

In 2008 Juul started a Facebook page urging Danes to stop wasting food. The page became so popular that she found herself discussing the issue on national television less than two weeks later. Juul was then contacted by REMA 1000, Denmark’s major discount supermarket chain, which wanted her to help find ways to curb food waste in their stores.

Around 29,000 tonnes of bread and cakes are discarded every year in Denmark, mainly because it is sold in portions larger than people need, says John Rosenlowe, a marketing manager at REMA 1000. To address the problem, the company reduced the size of its own-brand bread by 40-50%, dropping the price accordingly. As well as giving people less food to throw away at home, Rosenlowe says that the change has reduced food waste by stores and suppliers, which now discard fewer items for being too small.

To cut down on wasted food, one Danish supermarket halved the size of its bread

More businesses followed. Retailers such as Lidl and Coop Danmark, a large supermarket conglomerate, joined REMA 1000 in a drive to cut food waste. Lidl stopped offering discounts that encouraged people to buy more than they needed. Unilever sponsored free doggy bags in restaurants across Denmark to encourage people to take home their leftovers. And restaurants started selling leftover food via apps like Too Good To Go. Businesses that adopt practices to cut down waste are certified by an organisation called ReFood.

Non-profits also signed up. Ida Merethe Jorgensen, chairman of Danske Handicaporganisationer, a charity based in Kolding, works with a group of volunteers to collect unsold food and distribute it to low-income families, for example.

In most countries, including Denmark, there are no laws against selling or distributing food past its expiration date. But sell-by and use-by dates have conditioned people to think all food becomes inedible as soon as those dates pass. That’s changing, however. “I have learned that it will be cheaper for me to buy foods that are close to their expiry date,” says Aslan Husnu, a researcher at Aarhus University who hunts for discounted items in supermarkets. “To stop the waste all I need to do is buy small portions, buy frequently, and not fill my basket with only perfectly shaped food.” 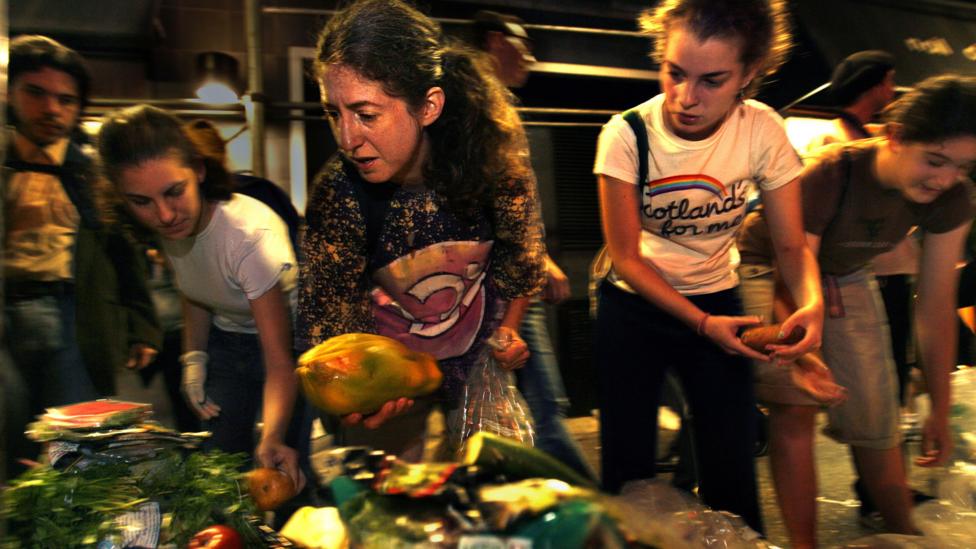 Others are now following Denmark’s lead. France and Italy recently introduced laws that make it easier for businesses – including farmers – to donate leftover food to charities, for example. And smartphone apps that direct hungry people to surplus food have been set up in several countries. “An increasing number of social enterprises are popping up all over Europe,” says Tania Burnham at Too Good To Go. “With the average mobile phone user checking their phone every six seconds, it's never been easier to interact with their target market.”

But Denmark’s example may not be easy to replicate everywhere. “Denmark is a small, relatively homogenous, social-democratic country that is used to making some decisions based on the common good and constraining individual choice,” says food sociologist Krishnendu Ray at New York University. That kind of policy does not go down so well in places like the United States, he says.

For Madeline Holtzman, reducing the amount of food we throw away should be a no-brainer, however. “One of the biggest contributors to methane emissions, food waste is by far the lowest hanging fruit from an environmental perspective and arguably the least polarising or politicised environmental hazards,” she says.

A postgraduate student at New York University, Holtzman thinks it is partly a matter of raising awareness so that people can make their own choices. She is working to help launch Toast Ale in the US – a British craft beer made from surplus bread. This spring she also plans to spend a month dumpster diving – living off food she finds in bins outside shops and restaurants – with a colleague from Toast Ale, documenting the experience.

Back in Denmark, Juul thinks that public awareness has spiked – so much so that there is now a deficit of surplus produce. She says that WeFood is struggling to stock its shelves because businesses that contribute unsold food to the supermarket find they have less to give away. And apps like Too Good To Go have become so popular that restaurants are having to turn people away.

So the next time you see a crowd queuing outside a restaurant, they might not be there for the main menu – they’d rather have the food headed for the bin.