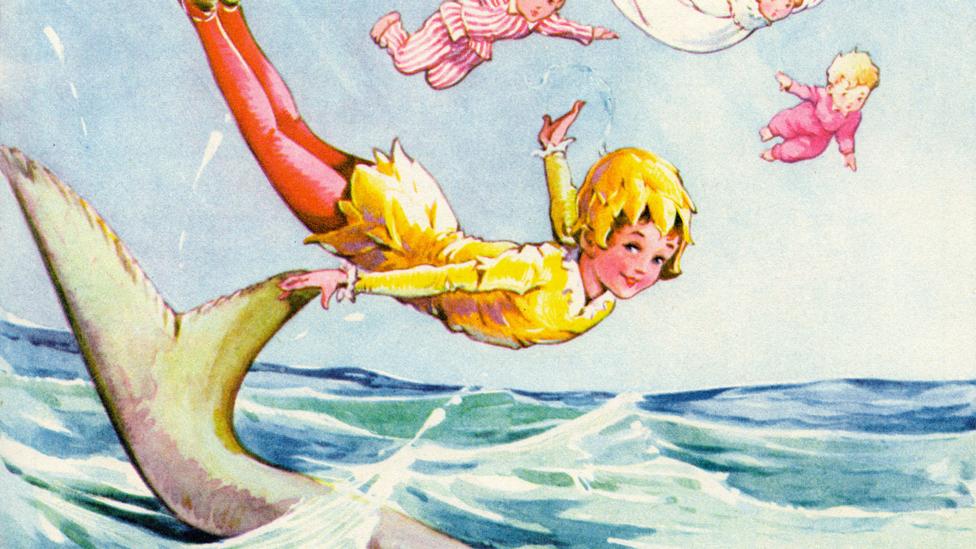 By David Robson 2nd February 2017
With its astute observations about the human brain and behaviour, JM Barrie’s classic tale pre-empted modern neuroscience by decades.
A

A couple of years ago, the neuropsychologist Rosalind Ridley was browsing through a friend's bookshelf when she came across JM Barrie’s original Peter Pan stories. Ridley had always been an avid reader and collector of books, but as she read on, she realised that this was more than just a charming children’s tale of fairies and talking animals: within Peter's whimsical adventures, Barrie was hiding some profound insights into the human mind, and in particular, the ways it develops over childhood.

Here, she realised, was a tale that teaches us all how we learn to think. "That just got me hooked, and the more I read, the more I found there."

The result of that initial interest is a fascinating new study, exploring his astute observations on the peculiarities of human memories, sleep and dreams, and the puzzle of consciousness. Indeed, Ridley argues that many of Peter’s adventures point to scientific theories that would only emerge decades after the tales were first written. "Many of the things being discussed weren't discovered until the 1970s," says Ridley, who is based at the University of Cambridge.

Looking through Barrie's life, it is apparent that many influences may have shaped the tales, which took years to crystallise. Barrie had formulated some of the elements of Peter Pan’s adventures while still a child himself – stories he then elaborated on to entertain the Llewellyn Davies family, whom he met during a walk in London’s Kensington Gardens. The character made his first public outing in 1902, with a minor role in Barrie’s adult novel, The Little White Bird, before taking centre stage in a play and children’s novel, Peter and Wendy, which was published in 1911.

By this point, Barrie was already an established writer, moving in a fashionable social circle that would have introduced him to, among others, the pioneering American psychologist William James (through his novelist brother, Henry James). Through these connections, he would have heard the leading scientific theories of the day – discussions that may have fired his already fertile imagination and informed the tales he was writing. 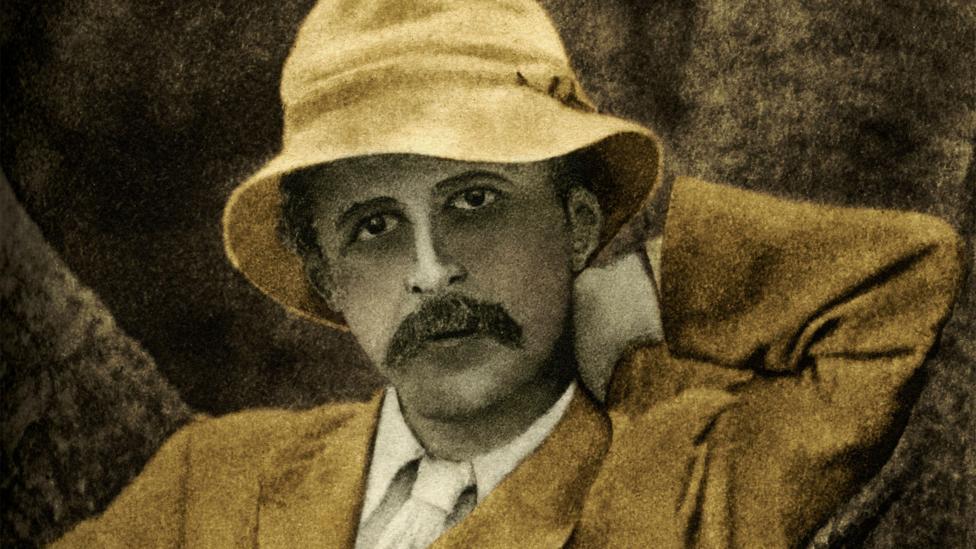 JM Barrie, pictured here, would have been well-acquainted with scientific debates about the evolution of the mind (Credit: Alamy)

In this way, the stories appear to follow a tradition of great cross-pollination between the arts and the sciences – particularly in children’s literature. Charles Kingsley’s The Water-Babies was written, in part, as a response to Darwin’s theory of evolution, while Alice’s Adventures in Wonderland were a playful exploration of mathematics and logic. Even some of Hans Christian Andersen’s tales were inspired by new scientific and technological developments – such as the invention of the home microscope.

Ridley emphasizes that Barrie did not just borrow others’ ideas, though – he embellished their theories and offered new insights that were completely his own. "I think a lot of it just comes from very good observation of people, of animals, and of himself."

Consider the following episode at the very start of Peter and Wendy’s adventures:

"Mrs Darling first heard of Peter when she was tidying up her children’s minds. It is the nightly custom of every good mother after her children are asleep to rummage in their minds and put things straight for next morning, repacking into their proper places the many articles that have wandered during the day… When you wake in the morning, the naughtinesses and evil passions with which you went to bed have been folded up small and placed at the bottom of your mind; and on the top, beautifully aired, are spread out your prettier thoughts, ready for you to put on."

As Ridley points out, this hints at an astute understanding of sleep’s role in memory maintenance. First floated in the late 19th Century, this idea is now the subject of substantial scientific research. Brain scans of sleeping subjects show the passing of “slow wave” electrical signals between the hippocampus (a seahorse-shaped region implicated in memory formation) and the bark-like neocortex on the surface of the brain, where memories are stored in the long-term.

As it files away our recollections in this way, the brain appears to integrate our newest memories with records of older events, forging a coherent story of our lives. And in the same way that Mrs Darling folds up the children’s “evil passions”, this process also soothes some of the nastier feelings accrued during a stressful day and helps us put unpleasant experiences in perspective; it may be for this reason that sleep disturbances are often associated with mental illness. 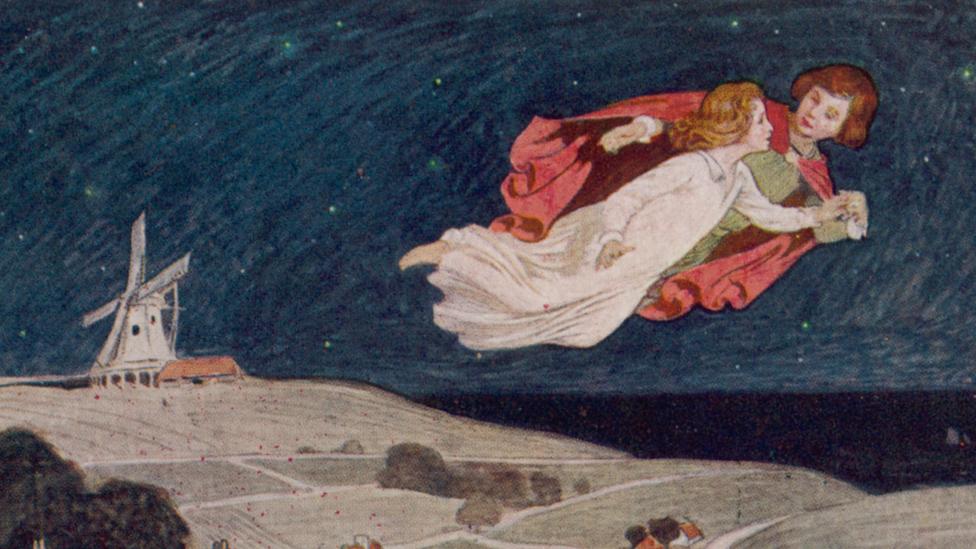 The journey to Neverland may reflect hypnagogia, the twilight zone between waking consciousness and sleep (Credit: Alamy)

Barrie is also extraordinarily eloquent on the transition between waking and sleep.

Much of the plot of Peter and Wendy takes place in Neverland – a fantastical island that children can reach through their imagination – and it is most easily accessed within this twilight zone. “When you play at it by day with the chairs and tablecloth,” Barrie writes, “it is not in the least alarming, but in the two minutes before you go to sleep it becomes very nearly real.”

Those ultra-vivid images on the edge of sleep are now known as “hypnagogic imagery”, and they may be the result of a spike in brain regions responsible for visual processing as the brain shuts down for sleep.

Barrie suffered from sleep paralysis, describing the presence of a suffocating shapeless mass pinning him down

Many of the children’s experiences may have been inspired by Barrie’s own sleep disorders. He intermittently suffered from “sleep paralysis”, in which you feel yourself to be awake in bed but unable to move. Often this can be accompanied by strange hallucinations, with Barrie describing the presence of a suffocating shapeless mass pinning him down. (In some dreams this took the form of a ghostly bride.)

“I’ve had it a couple of times myself, and I can assure you it is very, very unpleasant,” says Ridley. She suggests that this is reflected in the children’s experiences of flying in Neverland:

"Nothing horrid was visible in the air, yet their progress had become slow and laboured, exactly as if they were pushing their way through hostile forces. Sometimes they hung in the air until Peter had beaten on it with his fists." 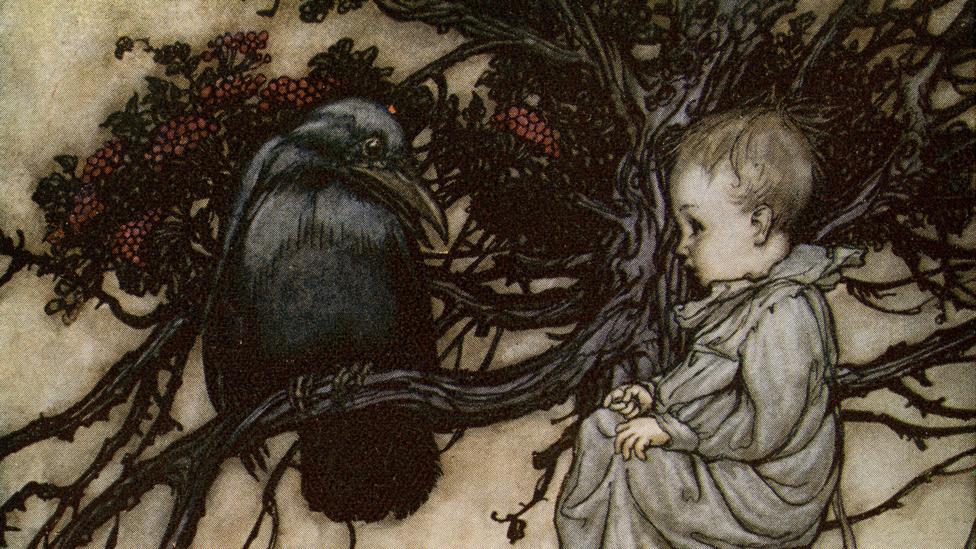 Unlike the other birds, Solomon Caw can reason about the future (Credit: Alamy)

But perhaps Barrie’s most sophisticated observations revolve around one of the most pressing debates of the era.

Following Darwin’s theory of natural selection, scientists were engaged in a fierce debate about the ways our sophisticated minds differed from other animals’ – and the reasons we evolved our advanced skills.

Barrie’s answer can be found in the 1906 novel Peter Pan in Kensington Gardens, which charts Peter’s early life before he met Wendy.

There we meet the character of Solomon Caw, a crow with an unusually sophisticated mind. Unlike other animals, Solomon seems to be able to plan for the future, filling a stocking with nuts, crumbs, and bread crusts, as a kind of “retirement fund” in old age. This is known as “secondary representation”, since it involves imagining possibilities that are one step removed from the here-and-now.

The distinction is most obvious when Peter asks the birds to build a boat for him to sail on the lake. Whereas Solomon can quickly see that they could use a nest, lined with mud to render it waterproof, the other birds are perplexed: they cannot imagine using the nest in a new situation for a new purpose. As Mrs Finch tells Solomon: “We don’t place our nests on the Serpentine.”

In this way, we can see how secondary representation enriches our behaviour, allowing us to be more inventive and flexible and to respond and adapt to our circumstances.

For a long time, this capacity was thought to be uniquely human, but recent findings suggest that it can be found in a select set of animals – including corvids like Solomon. One study from the University of Oxford, for instance, found that New Caledonian crows will bend a piece of wire into a hook to grab food from hard-to-reach places. Barrie was once again ahead of his time in imagining the overlap of these abilities between humans and other species.

Intriguingly, Peter himself appears to struggle with some of these skills. He is apparently incapable of being afraid, for instance, and thinks that death is just an adventure. “To be afraid you need to imagine alternatives to the present,” explains Ridley. “Peter could be happy – that’s a simple emotion – but dread of the future, that requires a greater level of representation.” 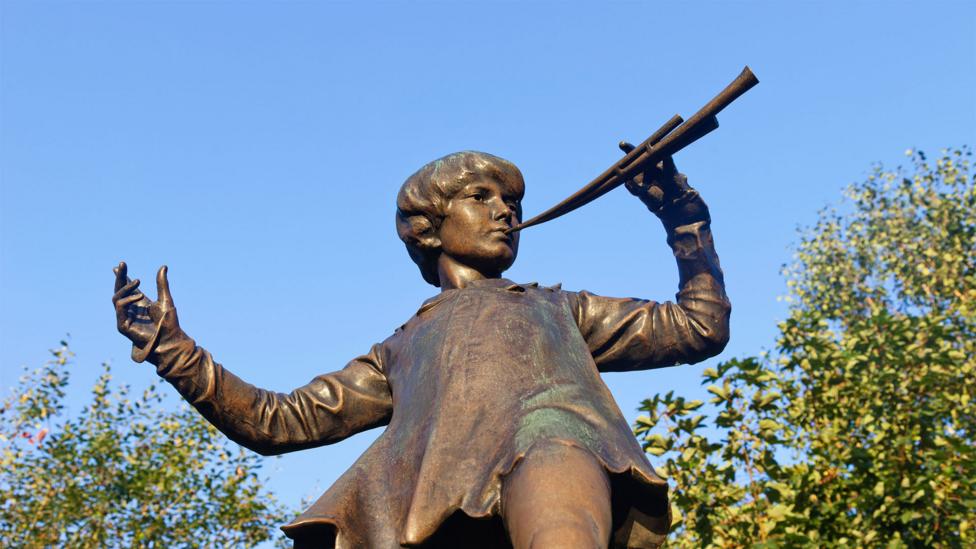 A statue of Peter can be found in London's Kensington Gardens near Barrie's home (Credit: Alamy)

Peter also struggles to form “theory of mind”, the capacity to understand that another’s viewpoint may be quite different from your own. All of which reflect some core ideas in modern developmental psychology, as scientists came to understand the ways that complex thought processes emerge in our first few years.

“It is remarkable,” says Ridley. “The modern structure of how we make mental representations is all there in Barrie’s books from the 1900s.”

And who knows what other findings will shed new light on these timeless stories in the future?

As Ridley readily points out, we need to be careful not to read too much into historical texts – not to shoe-horn our current scientific understanding into every line; Barrie was not some kind of prophet.

But she nevertheless thinks that scientists and writers today could both learn a lot from the rich exchange of ideas at the end of the 19th Century. Rigorous scientific endeavour does not have to be at odds with imagination and whimsy.

As Barrie's friend Cynthia Asquith wrote on his death: “He tended to wander in some entrancing borderland between fantasy and fact. For him the frontier between these two realms was never very clearly marked.”

Join 800,000+ Future fans by liking us on Facebook, or follow us on Twitter, Google+, LinkedIn and Instagram. If you liked this story, sign up for the weekly bbc.com features newsletter, called “If You Only Read 6 Things This Week”. A handpicked selection of stories from BBC Future, Earth, Culture, Capital, Travel and Autos, delivered to your inbox every Friday.