For many people, going without the internet even for a few hours is unthinkable. But if it did stop working, the impact might not be what you'd expect.

Jeff Hancock likes to give his Stanford University students weekend assignments that let them experience concepts discussed in class for themselves. Before 2008, he would sometimes challenge his students to stay off the internet for 48 hours and then discuss how it affected them. But when Hancock returned to work in 2009, after a year-long sabbatical, things had changed.

“When I tried to introduce the task, there was a class revolt,” says Hancock, who studies the psychological and social processes involved in online communication. “The students emphatically said the assignment was impossible and unfair.”

They argued that going offline even for a weekend would prevent them from completing work in other classes, ruin their social lives, and make their friends and family worry that something terrible had happened to them. Hancock had to concede and cancelled the activity – and he’s never attempted it again. “That was 2009, and now with mobile as present as it is, I don’t even know what students would do if I asked them to do that,” he says. “They’d probably report me to the university president.” 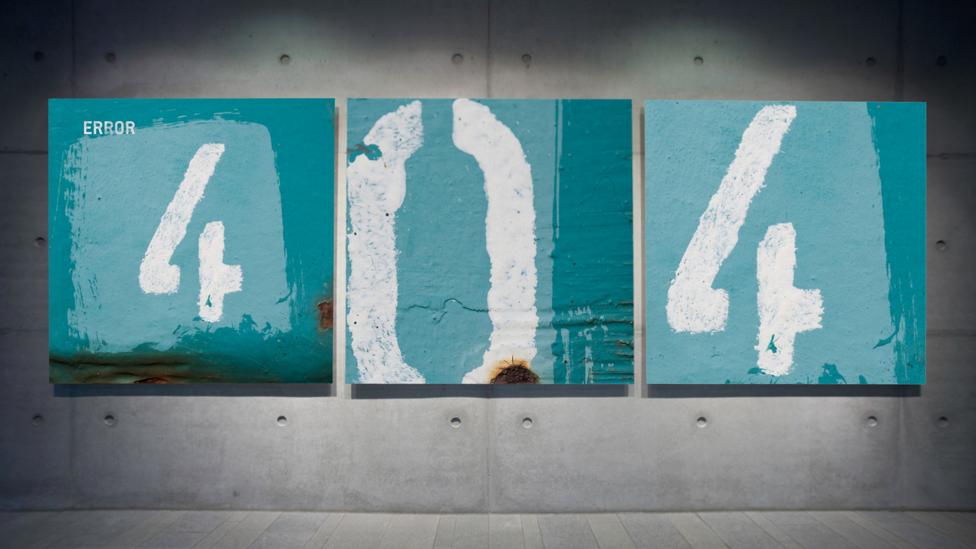 A 404 error pops up when a webpage cannot be found – but having no internet at all is almost unthinkable (Credit: Getty Images)

But with our always-connected lifestyles, the question is now more relevant than ever: what would happen if the internet stopped for a day? It turns out the impact might not be quite what you'd expect.

In 1995, fewer than 1% of the world’s population was online. The internet was a curiosity, used mostly by people in the West. Fast-forward 20 years and today more than 3.5bn people have an internet connection – nearly half of all humans on the planet – and the number is growing at a rate of around 10 people a second.

According to the Pew Research Centre, a fifth of all Americans say they use the internet “almost constantly” and 73% say they use it at least daily. Figures in the UK are similar: a 2016 survey found that nearly 90% of adults said they had used the internet in the previous three months. For many, it is now virtually impossible to imagine life without the internet.

“One of the biggest problems with the internet today is that people take it for granted – yet they don’t understand the degree to which we’ve allowed it to infiltrate almost every aspect of our lives,” says William Dutton at Michigan State University, who is the author of the book Society and the Internet. “They don’t even think about not having access to it.”

But the internet is not inviolable. In theory, it could be taken away, on a global or national scale, for a stretch of time. Cyberattacks are one possibility. Malicious hackers could bring the internet to a standstill by releasing software that aggressively targeted vulnerabilities in routers – the devices that forward internet traffic. Shutting down domain name servers – the internet’s address books – would also cause massive disruption, preventing websites from loading, for example.

Cutting the deep-sea cables that carry vast volumes of internet traffic between continents would also cause significant disruptions by disconnecting one part of the world from another. These cables may not be easy targets for attackers, but they are sometimes damaged accidentally. In 2008, people in the Middle East, India and Southeast Asia were plagued by major internet outages on three separate occasions when submarine cables were cut or interfered with.

Some governments also have “kill switches” that can effectively turn off the internet in their country. Egypt did this during the Arab Spring uprising in 2011 to make it more difficult for protesters to coordinate their activity. Turkey and Iran have also shut off internet connectivity during protests. China is rumoured to have a kill switch of its own. And American senators have proposed creating one in the US as a means to defend the country from cyberattack.

Building a kill switch is not easy, however. The larger and more developed the country, the harder it is to shut down the internet completely ­– there are simply too many connections between networks both inside and outside national borders. 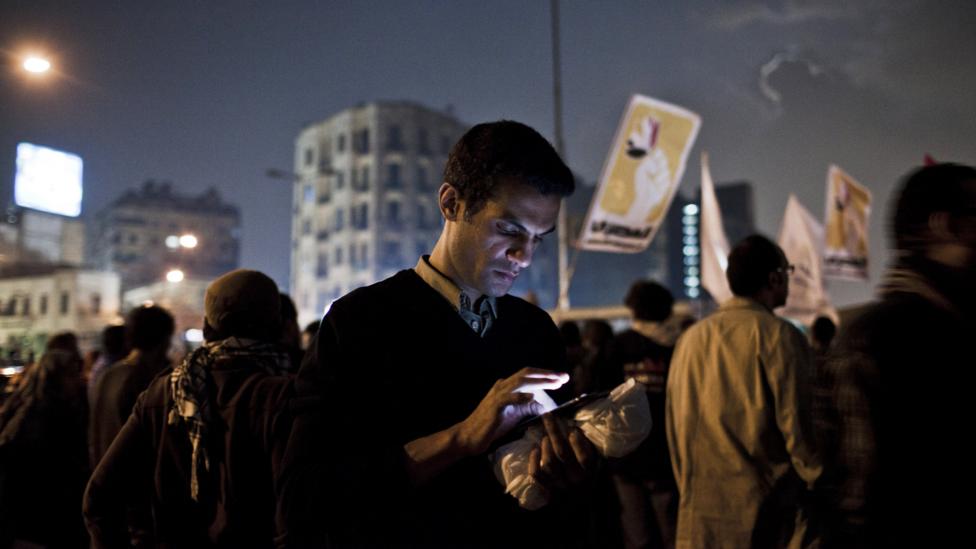 Egypt turned off its internet during the Arab Spring uprising in 2011 to make it more difficult for protesters to coordinate their activity (Credit: Getty Images)

The most devastating strikes could come from space, however. A large solar storm that sent flares in our direction would take out satellites, power grids and computer systems. “What bombs and terrorism can’t do might be accomplished in moments by a solar flare,” says David Eagleman, a neuroscientist at Stanford University and author of Why the Net Matters. “The next major geomagnetic storms are eventually coming.”

But most outages would not last long. “There’s an army of people ready to put things right,” says Scott Borg at the United States Cyber Consequences Unit, a non-profit organisation. “The internet service providers and the companies that make the routing equipment have plans and personnel in place for getting things up and running again if unexpected vulnerabilities are exploited.” We are so used to having an always-on internet connection that even relatively short disruptions would have an effect, however. It just might not be what you would expect.

For a start, the impact to the economy may not be too severe. In 2008, the US Department of Homeland Security asked Borg to look into what might happen if the internet went down. Borg and his colleagues analysed the economic effects of computer and internet outages in the US from 2000 onwards. Looking at quarterly financial reports from the 20 companies that claimed to be most affected in each case, as well as more general economic statistics, they discovered that the financial impact of an outage was surprisingly insignificant – at least for outages that lasted no more than four days, which is all they studied.

If every company turned off their computers for a few hours each month and made people do the tasks they postponed, there might be an overall productivity benefit

“These were instances where enormous losses were being claimed– in the hundreds of millions and even billions of dollars,” Borg says. “But while some industries like hotels, airlines and brokerage firms suffered a bit, even they didn’t experience very big losses.”

It turned out that losing internet access for a few days just made people fall behind on their work. “People carried out all the same activities they would have done had the internet been up, but they just did it two or three days later,” Borg says. “The economy is set up to deal with what essentially amounts to a holiday weekend.”

In some cases, shutting down the internet for a short time might even increase productivity. In another study, Borg and his colleagues analysed what happened when a company suffered an internet outage that lasted four hours or more. Rather than twiddle their thumbs, employees did things that they would normally put off, such as dealing with paperwork. The result was a boost for business. “We jokingly suggested that if every company turned off their computers for a few hours each month and made people do the tasks they postponed, there’d be an overall productivity benefit,” Borg says. “I see no reason why that wouldn’t also apply to basically the whole economy.”

Travel probably would not be affected too much in the short term, either – so long as the blackout lasted no more than a day or so. Planes can fly without the internet, and trains and buses would continue to run. Longer outages would start to have an effect on logistics, however. Without the internet it would be hard for businesses to operate. “I’ve suggested that people and businesses should have a plan in place in the event of internet loss, but I haven’t heard of anyone doing that yet,” Eagleman says. 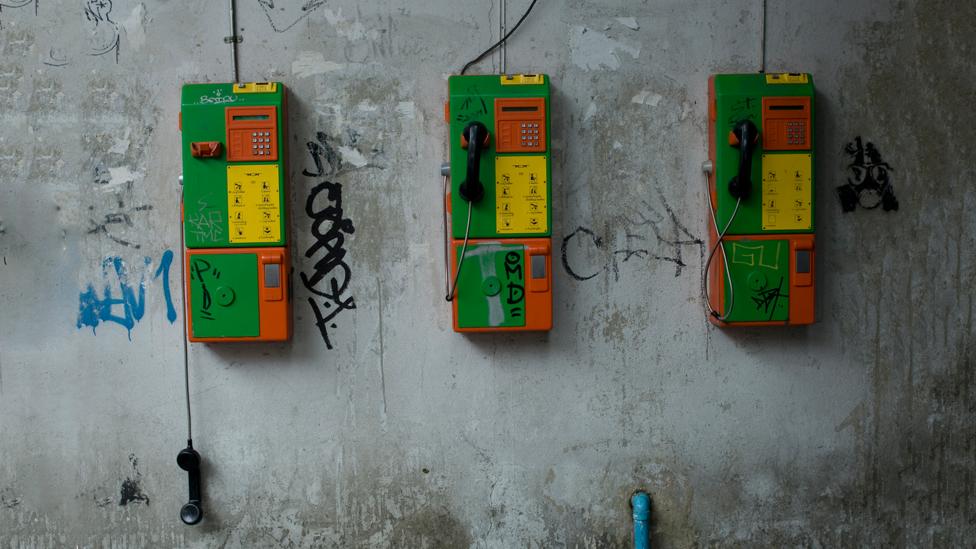 A large communication breakdown would probably disproportionately affect small businesses and blue-collar workers. In 1998, as many as 90% of the 50 million pagers in the US stopped working because of a satellite failure. In the days following the blackout, Dutton surveyed 250 pager users in Los Angeles and found clear socioeconomic divisions in people’s reactions to being cut off. Upper-middle-class individuals with managerial or professional jobs did not perceive the event as largely problematic. “To them, it felt like a snow day,” Dutton says. “It was a relief.”

But many blue-collar freelancers such as plumbers and carpenters relied solely on their pagers for getting jobs and found themselves out of work for a few days. Single mothers who left their children at daycare also reported significant distress at not being able to be paged if a problem occurred. “So you have to realise that your reaction to the idea of losing the internet is likely to be based on your socioeconomic status,” Dutton says.

Psychological effects, like feelings of isolation and anxiety, would hit people across the board, however. “Most of the internet is designed for one purpose: to allow us to communicate with each other,” Hancock says. We are used to being able to connect to anyone, anywhere and at any time. “An inability to do that would be unsettling.” It’s a feeling Borg recognises too. “I know when I realise I’ve left my smartphone behind, I feel slightly naked,” he says. “I suddenly have to think, ‘Do I actually know where I’m going? What if my car breaks down, could I talk anyone into letting me use their phone to call for help?’”

History supports this. In 1975, a fire at the New York Telephone Company cut off the phone service in a 300-block area of Manhattan for 23 days. In a survey of 190 people carried out immediately after lines were restored, researchers found that four-fifths of respondents said they missed the phone, especially its ability to connect them with friends and family. Over two-thirds said the lack of service made them feel “isolated” or “uneasy,” and nearly three-quarters said they felt more in control when their service was restored.

Stine Lomborg at the University of Copenhagen agrees. “It’s not like we’d be more likely to speak to strangers at the bus stop if we didn’t have our smartphones – not at all,” she says. The loss of connection may make people more social in specific situations, such as forcing co-workers to speak to each other rather than sending emails, but overall the experience is likely to be distressing. “The world wouldn’t fall apart if we didn’t have access to the internet for a day,” she says. “But for most people I think even one day without it would be terrifying.”

The feeling would be fleeting, however. Losing the internet may make people recognise its importance in their lives, but we would soon be taking it for granted again, says Hancock. “I’d like to say an internet blackout would cause a shift in our thinking, but I don’t think it would.” Even so, that’s still not enough to persuade his students to give it up for a weekend. 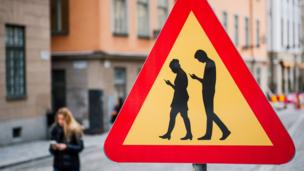 The new words for how we use our phones 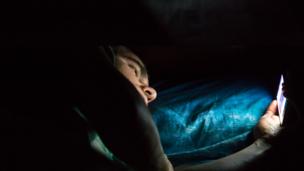 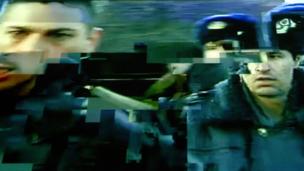 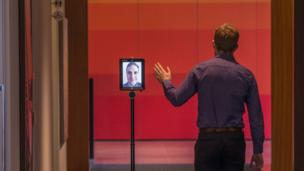 The next best thing to teleportation