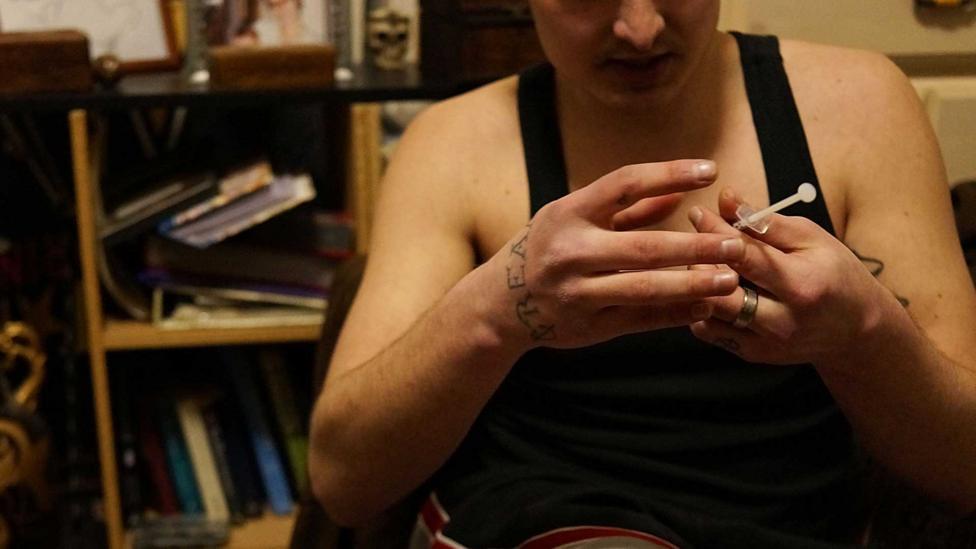 By Chelsea Clinton 2nd March 2017
What are the biggest public health challenges in 2017? Chelsea Clinton writes about the issues she believes will matter in the year ahead – and argues for urgent work to tackle America’s disproportionate problem with opioid addiction.

Many of the global health challenges I see in 2017 were painfully present and widely acknowledged as challenges in 2016. This is true of specific demographic questions, such as how to help protect public health for refugees and provide refugees health care. It’s also true of methodological questions, such as how to ensure that health is a meaningful part of conversations in other areas, such as climate change, economic development and women’s rights, including the right to a safe and healthy pregnancy and delivery.

It’s true when we think about the resources available to global health overall, and the resources allocated to address ‘new’ health threats like Zika, and more ‘familiar’ health threats, including polio or malaria. And, finally, it’s true when we think about questions of governance, of determining what’s on the global health agenda, how that agenda will be addressed and financed, who will do the work, how will that work be judged and how will those judgments hold those doing the work and in charge accountable.

Questions of resource allocation and governance are even more salient in 2017 given a new Director-General will assume leadership at the World Health Organisation (WHO) later this year and donor governments around the world are questioning the value of development assistance, including in health. 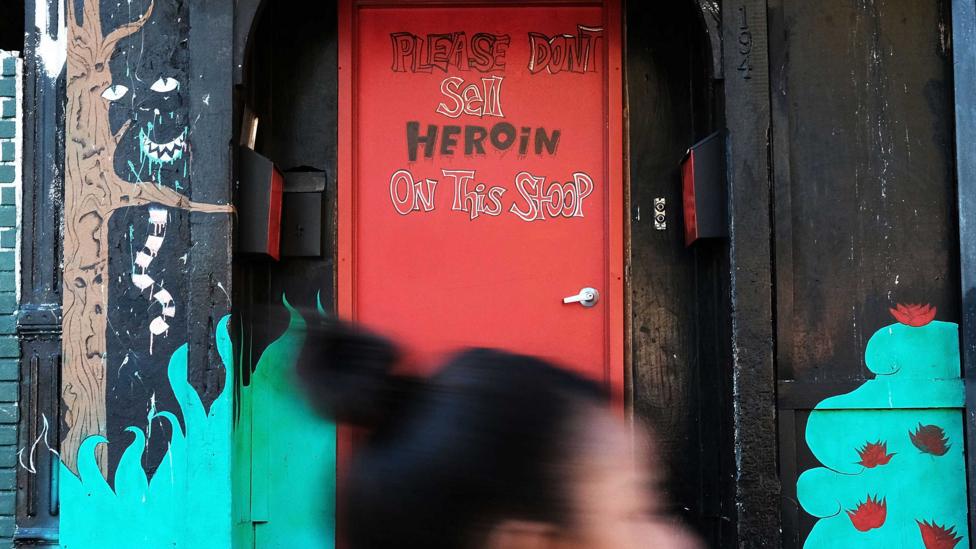 Staten Island, a New York City borough, is in the grip of a heroin crisis which has claimed hundreds of lives (Credit: Getty Images)

There is a challenge that – while acknowledged in 2016 – only began to claw its way up the global and domestic agenda last year and deserves a more prominent place in 2017: opioid addiction and overdose. The US Centers for Disease Control recognises that our country is gripped by an ‘opioid overdose epidemic,’ and various studies estimate that 80% of those struggling with opioid use don’t get the help they need. The global gap between need and access to treatment is even greater; the WHO estimates 90% of those who need treatment don’t get it.

Over the past few years, the Clinton Foundation has worked with researchers at Johns Hopkins University to study the opioid epidemic that has ravaged families and communities across the US.

We can save thousands of lives - Chelsea Clinton

We learned that by decreasing stigma around addiction and increasing access while normalising attitudes to life-saving Naloxone – an antidote for opioid overdose – we can save thousands of lives. We’re working with partners to make Naloxone widely affordable (and at times free) and accessible to EMTs, police officers, educators, and community first responders, so that they know how to use Naloxone and are ready to use it whenever needed to save someone’s life – at a school, in a park, on a street, in a home. 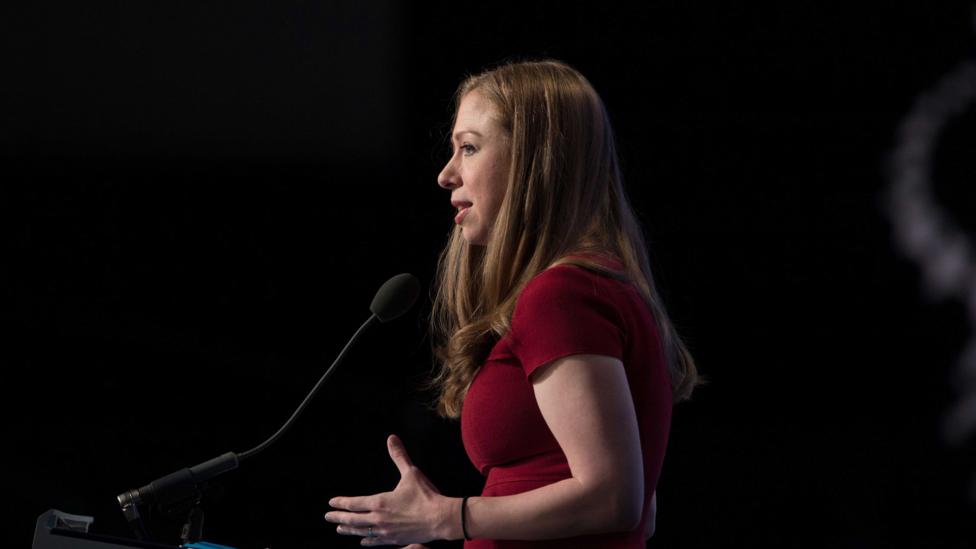 No longer is this first a criminal justice issue. Rather, it is a public health and awareness issue and is widely beginning to be acknowledged as such. It is also a moral issue – we know now that Naloxone has the chance to save thousands of lives.

The next question is what role can Naloxone play in saving lives around the world? We hope the Clinton Foundation’s early work in changing markets and distribution systems around HIV/AIDS medicines may provide a model and we know we need new partners in the mental health, health systems and education spaces, among others, to help shape any future global opioid addiction work. And, of course, we need research to inform potential global work as it has in the US. There is always more data to be collected, more assumptions to be challenged, more stories to be inspired by.

No one should die of an opioid overdose in 2017 in America, or anywhere – as in all areas where we know how to prevent such deaths, we have an obligation to save lives and work toward zero.

Chelsea Clinton is Vice Chair of the Clinton Foundation

In the United States, opioid addiction has become an epidemic, according to national health organisations.

The US Centers for Disease Control and Prevention reports that 91 Americans die a day from opioid dependence, totalling 33,000 deaths in 2015 – more than any year on record. In fact, such drugs now kill more Americans than guns or car accidents.

Opioids are synthetic drugs that mimic the effects of the opium from poppy plants. Since ancient times, opium has yielded pleasure and deadened pain in humans, interacting with the nervous system and nerve cells in the brain. But that’s also what makes it addictive.

According to the World Health Organisation, 15 million people worldwide suffer from addiction to opium-derived drugs, and each year they kill 69,000 people. 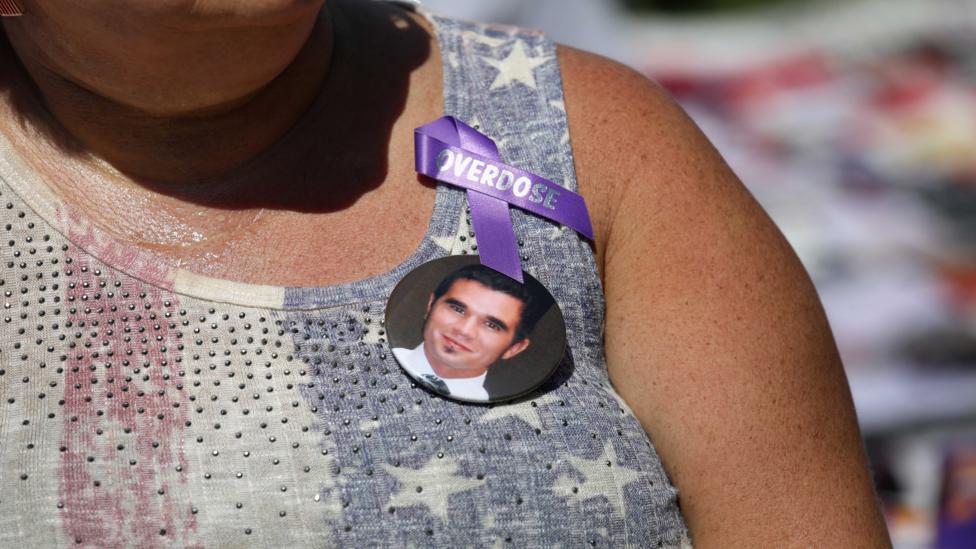 But why is a huge chunk of that number in the US? Prescriptions of opioid medications have soared in the country since the late 1990s. Some point to doctors over-prescribing powerful opioid painkillers to their patients, and those medications — like OxyContin and Vicodin — often “serve as gateway drugs to heroin, which has a nearly identical chemical makeup and is cheaper and sometimes easier to obtain,” according to the US National Security Council. (Heroin-related deaths have tripled in the US since 2010.) Last year, the BBC investigated the phenomenon in the rural American heartland, where the epidemic has hit the country hard.

So, what’s being done about it? Last year, a group called the Coalition to Stop Opioid Overdose launched in Washington, DC, and other health organisations are pivoting to make finding a solution a priority. They’re pursuing a push to increase the availability of Naloxone, a prescription drug that reverses the effects of an opiate overdose. And last year, the US Food & Drug Administration began requiring opioid painkillers’ boxes to feature labels that warn of abuse and overdose risks. Educating doctors and changing prescribing guidelines will also play a role.

The sooner strategies are worked out, the better. Opioid addiction is on the rise worldwide, but it’s significantly more pressing in the US. According to the American Society of Interventional Pain Physicians, the US makes up less than 5% of the global population – but consumes 80% of the world’s opioids.

Watch an animation about the opioid epidemic: