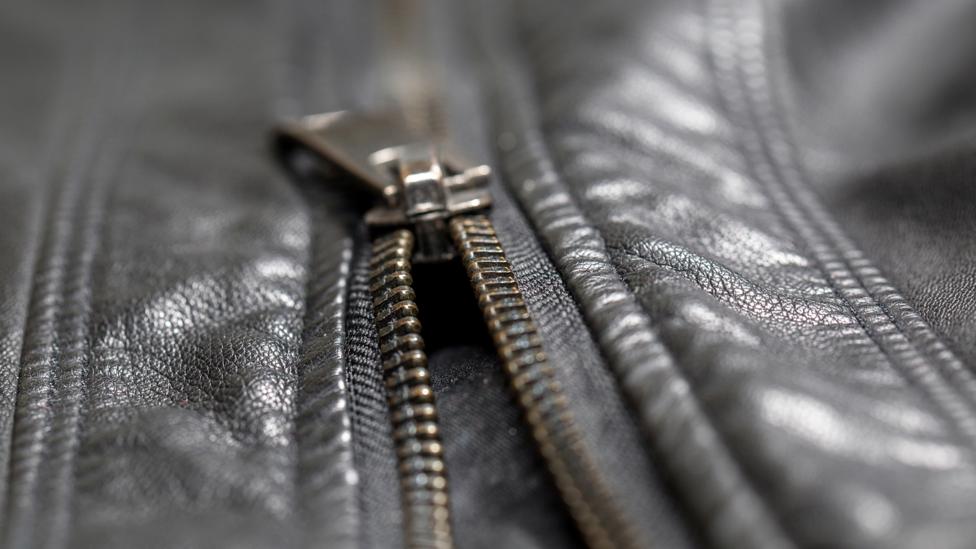 By Katia Moskvitch 23rd March 2017
The zipper has transformed everything from fashion to safety equipment. But the plans to make this intensely useful mechanism took some time to come together…
W

We use it every day, a rather fascinating invention that has transformed our lives – from the ease of closing your trousers to the secure way of holding early spacesuits together. And yet, the zipper could and should have failed – after all, despite its simplicity, it took an awfully long time to develop. It took less time, it could be argued, “to invent the airplane or the electronic computer,” says historian Robert Friedel at the University of Maryland and author of Zipper: An Exploration in Novelty.

It took decades for the design to improve, with inventor after inventor trying their luck to make it easier for you and me to fasten our shoes and jackets. “Technology advances by responding to failure, and failure here is not only in the sense of outright breaking, but also in the sense of failing to work smoothly and intuitively,” says Henri Petroski, an engineer at Duke University, North Carolina. 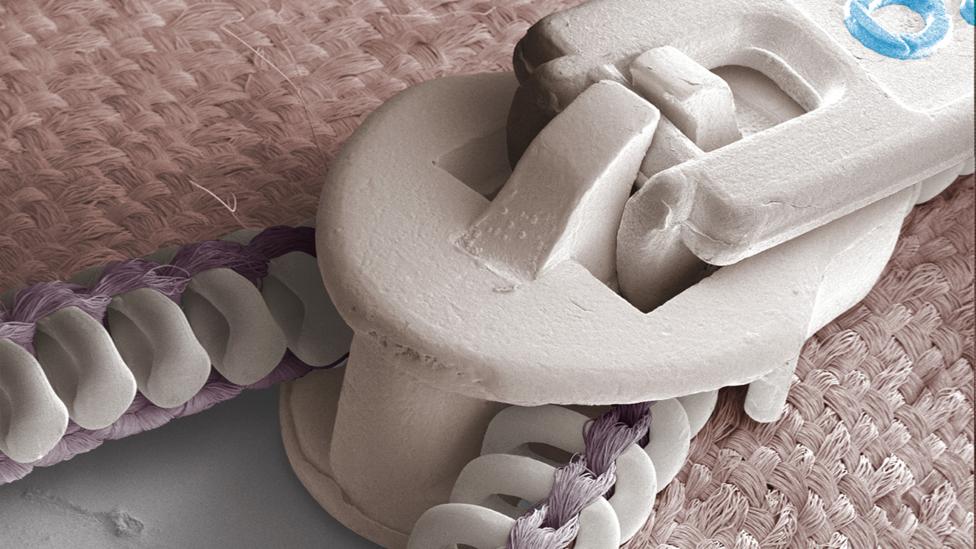 The 'separable fastener' of 1917 was the earliest example of the zippers we use today (Credit: Science Photo Library)

Being perhaps the most ubiquitous device in our lives, the zipper depends on manufacturing of the highest precision and still, after a century, it is far from the easiest or cheapest way to make a closure or fasten things. But it deserves more attention and recognition, says Friedel, not only because it illustrates so perfectly a modern fascination with mechanical invention, but also because it so quickly became an important symbol of sexual freedom and possibility.

None of the inventors who worked on the zipper are household names. The very first device, patented in 1851 by Elias Howe, who also invented a sewing machine, wasn't really a great improvement over hook-and-eye fasteners or the old-fashioned button. His "Automatic, Continuous Clothing Closure" was difficult to use, apt to rust, prone to failure such as snagging or bursting open at most inopportune moments, and so costly that it pretty much doubled the retail price of a pair of trousers.

The idea was unappreciated and unnoticed for more than 40 years. Then, in 1893, Chicago-based Whitcomb Judson patented and commercialised a similar device he called a "Clasp Locker or Unlocker for Shoes", writes the author Henry Petroski in his book The Evolution of Useful Things. It was more complicated than the system we know today, but an improvement on the clasp system: instead of requiring the wearer to close or open one clasp at a time, Judson's device allowed the person to simply 'zip up' shoes, or 'unzip' them to remove.

Despite attempts to bring the invention to market at the 1893 Chicago World's Fair, it had limited commercial success. Arguably, Judson’s heart was not in it. Instead of perfecting the zipper, he spent most of his life designing the “Pneumatic Streetcar”, an invention that ended in failure.

Fast-forward to the early 20th Century, when Swedish-American electrical engineer Gideon Sundback started working for the Universal Fastener Company. Thanks to his skills (and, possibly, in part to his marriage to the plant-manager's daughter), Sundback became the head designer at Universal, writes Steve Silverman in his book Einstein’s Refrigerator. By tinkering with Judson's invention, in 1913 he developed a ‘hookless fastening devise’ that paved the way to the modern zipper. Sundback increased the number of fastening elements, put in two facing rows of teeth, added an indent and bump to each tooth, so that teeth would interlock and could be pulled into one piece by the slider, and increased the gap for the teeth guided by the slider. His system, dubbed 'Separable Fastener', was patented in 1917. 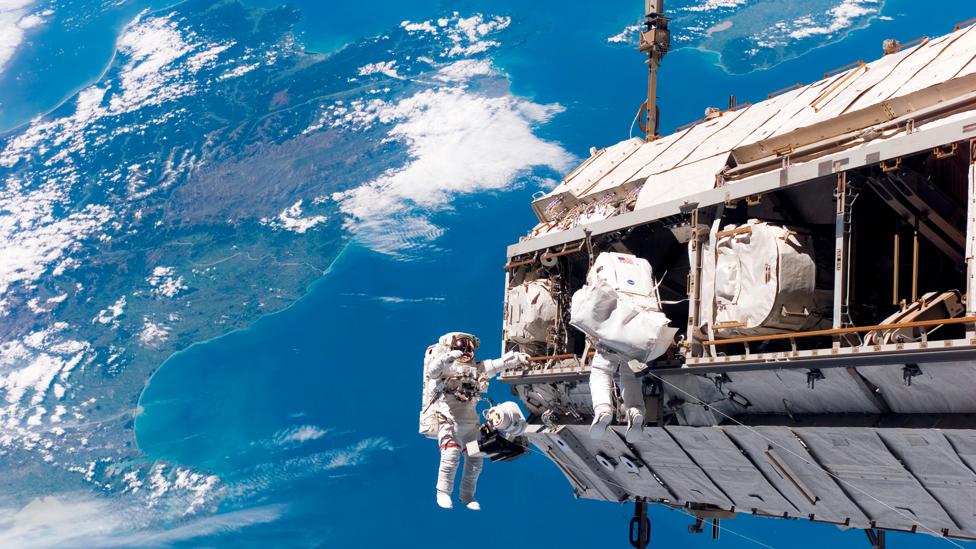 Conventional zippers have been fine for short times in orbit - but the ISS's longer missions have meant a redesign (Credit: Science Photo Library)

Sundback didn't stop there, though. As Petroski writes, he also built the manufacturing machine for his device, called the 'S-L' or scrapless machine. Starting with a Y-shaped wire, the machine cut scoops and then punched dimples into the material, and finally clamped each scoop on to a tape of cloth to create a continuous zipper chain. The system took off massively, partly due to the financial backing of Colonel Lewis Walker, and the enthusiasm of Wilson Wear, who was the company’s chief salesman for the new device. Already during the first year of operation, the machine made several hundred feet of fastener a day.

The name 'zipper' was coined a bit later by the B F Goodrich Company, which used Sundback's fastener on a new type of rubber boots, their galoshes, according to Petroski. Goodrich is said to have liked the fastening or ‘zipping’ noise so much that he named the system after it.

Early zippers were used not just for boots, but also to close tobacco pouches. Two decades later the fashion industry caught up and began using the zippers on garments, especially after Esquire magazine hailed the zipper's use on trousers in the late 1930s and declared it the “Newest Tailoring Idea for Men”.

After World War Two, the zipper became a symbol of rebellion. Hollywood used biker jackets with multiple zippers as cultural shorthand for the rebellious nature of young men like Marlon Brando’s character in the biker movie The Wild One. Suddenly, the zipper symbolised a rude, impulsive culture and the beginning of unbridled sexuality – which continued until the 1970s, when the notorious Rolling Stones album Sticky Fingers featured an image of a pair of jeans with a real working zipper on the front.

In 1956, the British came up with a zipper for sealing storage bags for military equipment that was sensitive to moisture. Even Nasa discovered the mechanism, and in 1958 developed airtight zippers for high-altitude pressure suits and later even for early spacesuits – capable of keeping air pressure inside the suit in vacuum. One difference from the standard zipper is that they have a waterproof sheeting made from fabric-reinforced polyethylene, wrapped around the outside of each row of teeth. When the zipper is closed, the two facing sides of the plastic sheeting form a double seal. 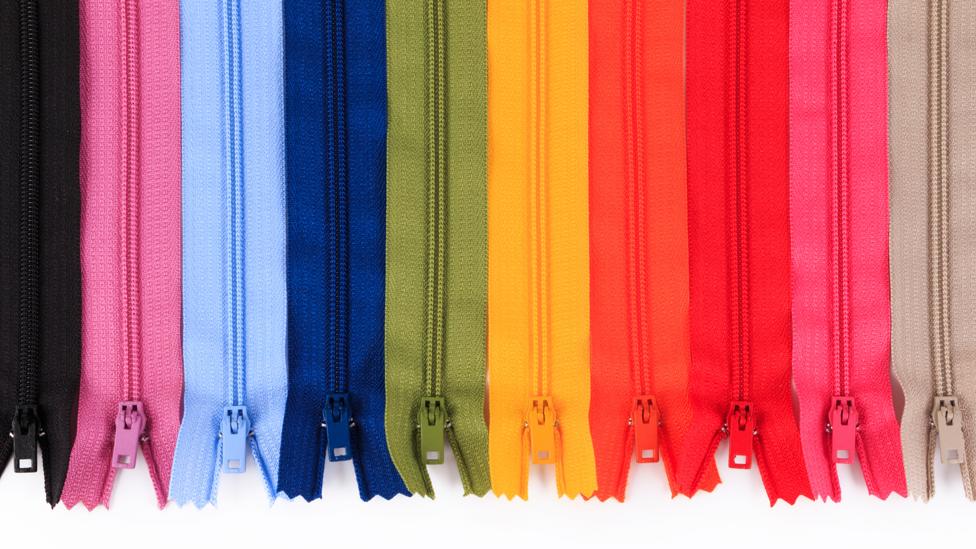 As synthetic fibres have improved, the zipper has changed with them (Credit: iStock)

Such zippers are usually very stiff and difficult to open and close. Nasa first used them during the Mercury and Gemini space programs, and later made an even stronger version for the Apollo space program. The zippers were placed on the main opening and sealing of both pilots’ pressure suits and spacesuits, extending from the neck ring that connected to the helmet, either from the front or back to the crotch to allow the pilot or astronaut easy access to put on the suit. “Zippers were ideal to use, because they were lightweight and easily integrated into soft, cloth-based suits and allowed the wearer flexibility while they were wearing them,” says Cathy Lewis, curator at the National Air and Space Museum in Washington DC.

Modern spacesuits no longer have zippers, though. The type of zipper that was used relied on two heavy-duty, brass zippers that compressed a rubber gasket sandwiched between them when the suit was pressurised. While this seal was reliable, says Lewis, it did require frequent retesting throughout the production and flight test cycle. “The seal, while reliable for short-term use, was not so for long-term use,” she explains.

The chemical interaction between the copper in the brass zippers and the rubber gasket caused quick deterioration of the rubber, but as long as missions were less than a few weeks and required only a handful of re-pressurisations without retesting, then there was little concern. However, as modern astronauts stay on the International Space Station for weeks and months, the current Extravehicular Space Activity (EVA) spacesuits rely on a hard seal instead – with two metal pieces (usually aluminium, but in some cases steel) joined together to compress a rubber gasket or O-ring. “This demands that the suits are much heavier, but the seal can be inspected frequently and the O-ring replaced when necessary,” says Lewis.

Over the years, the zipper has been reinvented several times, with the introduction of new materials such as nylon in the 1960s

Despite Nasa nixing the waterproof and airtight zippers, many military forces and scuba divers around the world still use them – as do firefighters and at times even workers in chemical plants, with zippers that are not only fireproof, but also chemical-resistant.

Over the years, the zipper has been reinvented several times, with the introduction of new materials such as nylon in the 1960s, and with the invention of zippers that open on both ends. More recently, designers have been taking the zipper even further. Polish company Blessus, for example, has developed garments whose cut and design can be altered using a hidden zipper system. DNS Designs LLC created a magnetic zipper (later rebranded as the Magzip by Under Armour), which clasps automatically and allows you to zip up one-handed.

Still, whichever modification the humble zipper gets, whatever unexpected use may be found for it, we just use it – without giving it a second thought, or pondering how this came about. That’s not surprising, says Petroski, because “the more invisible a device is, the more successful it is”.

Editor’s note: The citation and sources in this article have been updated since initial publication.

Best of BBC Future
1The world’s favourite plane
future
2A wingsuit flight from 45,000ft
Space Station
3The lonely life of a lost lander
Around the BBC