Loading
Medical Myths | Health
Should you avoid dairy when you have a cold?
Share using EmailShare on TwitterShare on FacebookShare on Linkedin 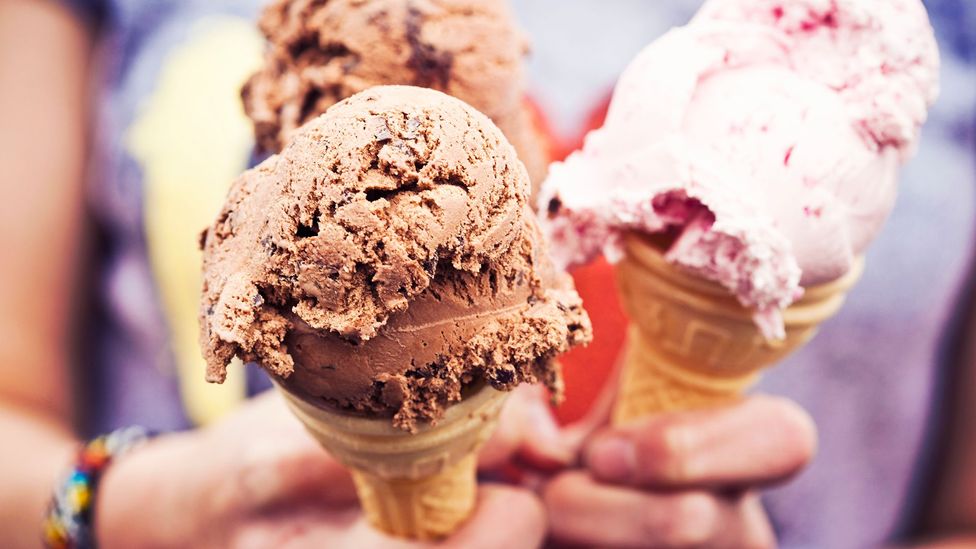 By Claudia Hammond 25th April 2017
Many claim that drinking milk or enjoying an ice cream worsens the symptoms of a cold. But is there any truth to it?
Y

Your nose is blocked, your eyes are streaming and your head aches. You may or may not feel like eating. But if you are hungry there are plenty of ideas about what you should and shouldn’t eat and it’s dairy products in particular that are often ruled out.

Some say that ice cream, cheese and above all, milk, should be avoided. The reason given for this isn’t pleasant; it’s that dairy products will increase the production of mucus. But is this is really true?

We tend to feel disgusted by the whole idea of mucus, but it does play an important role in our physiology. Mucus membranes protect tissues from irritation or damage in many parts of the body, including the windpipe, the lungs, the oesophagus and the stomach. So we do need it, but of course no one wants too much of it, especially if they are already producing extra as a result of their cold.

The idea that there is a link between milk and mucus production has persisted for centuries: it can be found in traditional Chinese medicine and in the writings of the 12th Century doctor Moses Maimonides. A study from 2004 found 58% of people still believed it, and some heard it first from their own doctors. 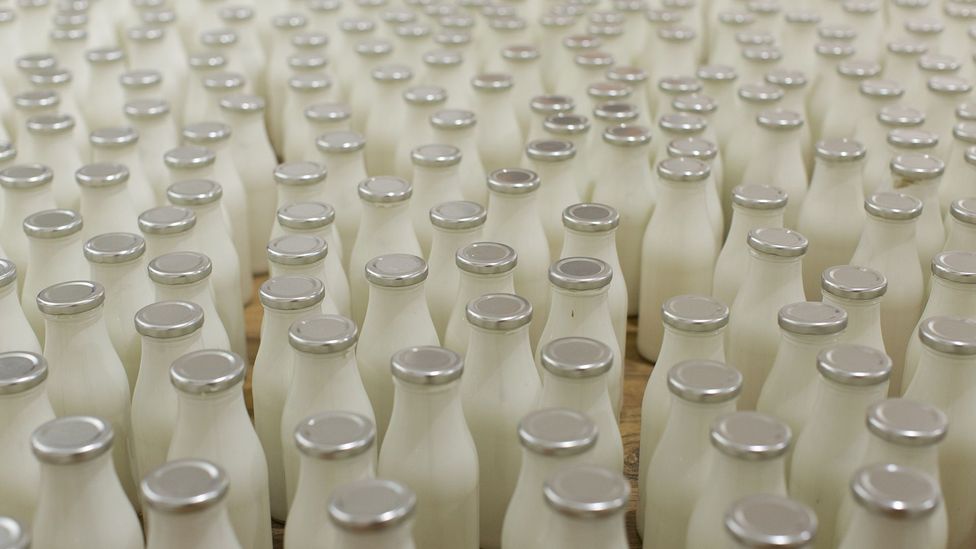 Some people have reported mucus build-up from as little as one glass of milk (Credit: Getty Images)

And it would seem that you don’t need to consume much for there to be an effect. Research from 1993 found almost two-thirds of people believed that just a single glass of milk led to the presence of more mucus in the throat. The words used to describe the feeling were sticky, thick, blocked, heavy and clogged.

This is very different from a serious allergy to milk, experienced by a very small number of adults, with serious symptoms such as vomiting, rashes and difficulty breathing. And it’s not the same as lactose intolerance where people who don’t have the right enzymes to digest the lactose in milk, feel bloated or sick or get diarrhoea after drinking it.

So what is this other effect? To find out you need to ask people to drink a substance which might or might not contain cow’s milk and then ask them for symptoms later on. Researchers at a hospital in South Australia did just this, giving 125 people either cow’s milk or soya milk. Heat treatment with a cocoa peppermint flavour meant the drink tasted indistinguishable, and when questioned afterwards a proportion of the cow’s milk drinkers did say they found it harder to swallow, that their saliva felt thicker or that they could feel a coating in their throat. Case closed, you might think. But crucially people said the same thing if they had drunk the placebo soya drink. And people who believed in the link between milk and mucus were slightly more likely to detect these sensations, whichever type of drink they had, although this finding wasn’t statistically significant. 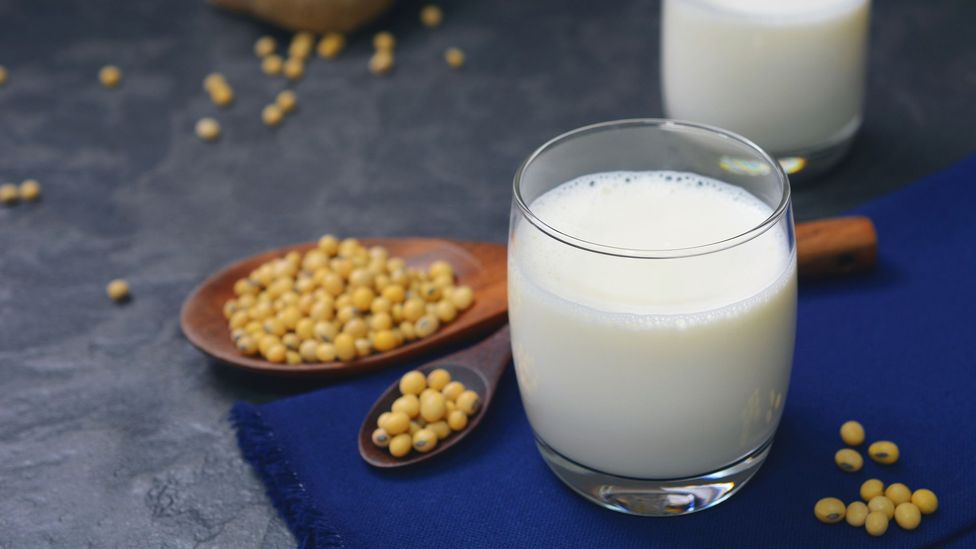 In a recent trial, some people who drank soya milk reported similar clogged-up feelings to those who drank milk (Credit: iStock)

But the people in this study didn’t have a cold. So what if you’re already feeling congested? Could cow’s milk make the situation worse? I don’t recommend reading about this next experiment while you’re eating. This time researchers deliberately infected volunteers with the common cold virus, gave them milk to drink and then asked them not only to record any symptoms of congestion, but to collect their nasal secretions and weigh them (hopefully not on their kitchen scales). They found that people who believed in the link were more likely to say they had symptoms, but in fact produced the same amount of secretions as non-believers. And drinking milk had no impact on the quantity of secretions.

Milk is an emulsion, so after it’s mixed with saliva, droplets cluster together in what’s known as flocculation

So there isn’t good evidence that dairy products lead to the production of more mucus. But it does seem to leave some people feeling more uncomfortable, which would explain why some claim there’s a link and others don’t. There is a possible mechanism for this that has nothing to do with mucus. Milk is an emulsion, so after it’s mixed with saliva, droplets cluster together in what’s known as flocculation. This process, which could also occur with soy milk, since that’s also an emulsion, could change a person’s mouthfeel, causing a sensation that they tend to assume is due to mucus even though it isn’t. What we don’t know is why this might happen in some people and not others.

And how about ice cream? The milk in ice cream shouldn’t lead to more mucus production, as we’ve seen, but the whole point of ice cream is that it’s freezing cold, so is there a risk that if you have a cold it could chill too much? It’s unlikely. Food served at very low temperatures does initially make your stomach colder, but once digestive processes begin breaking food down, heat is generated and will soon warm you up.

So if you have a cold, eat ice cream if you feel like it and drink milk if you like the sensation. It won’t cure you, but it won’t make your cold any worse.