Albinos in Tanzania live in fear of witch doctors who prize their body parts, but they face a far greater threat just by spending time outdoors.

On stage, Sixmond Mdeka goes by the name Ras Six. He is a successful reggae singer in his homeland of Tanzania, yet despite his fame, he is haunted by another name – East Africa Yellow Man.

Mdeka has albinism – his skin, hair and eyes lack melanin, the pigment that gives skin its colour and helps to protect it from damage by ultraviolet light from the Sun. It is a genetic disorder inherited from parents who both carry a faulty gene that prevents the skin from making melanin properly.

Tanzania has a dark relationship with albinism. Witch doctors hunt those suffering from the condition for their body parts, which are used in potions to bring good luck and wealth. Victims can be kidnapped and then dismembered by hired killers, or even sold by unscrupulous family members, with body parts fetching up to $75,000 (£60,000). The UN estimates around 80 people with albinism in Tanzania have been murdered since 2000.

But these brutal attacks are not the greatest threat to people with albinism in Africa. They face a slower death from a disease known as the “silent killer”. Without melanin to protect them, they have a much higher risk of getting skin cancer. 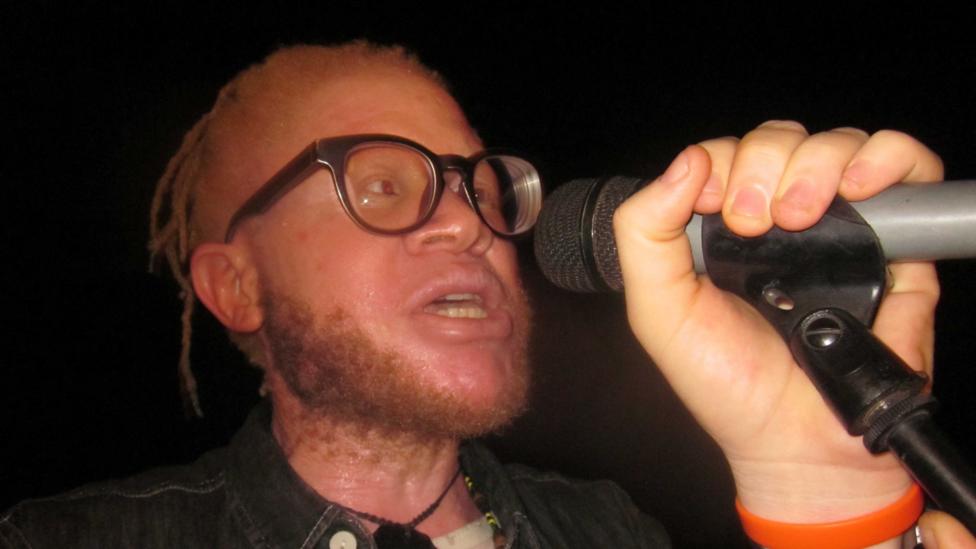 Sixmond Mdeka is a reggae star, but as a child he was shunned because of his albinism (Credit: Ross Velton)

“When you have no melanin, no protection, you’re just getting dinged, these insults from the UV radiation, you’re getting it all the time. It’s not just when you’re at the beach,” says Dr Marc Glashofer, a fellow of the American Academy of Dermatology.

Albinism groups say more than 90% of people with the condition in Africa die before they reach 40-years-old. Mdeka is that age now – and the clock is ticking on his life. Last September the singer needed an operation to remove a melanoma near his left ear. "Sun is our number one enemy," he says.

But in the shadow of Africa’s highest mountain, there is an attempt to give a lifeline to people like Mdeka. Kilimanjaro Suncare, or “Kilisun”, is a sunscreen that has been specially designed for people with albinism. However, getting it to the right people – and encouraging them to use it – is far from straightforward.

Wiping some of the cream on her hand, Soto Valdes explains how Kilisun is thicker than normal consumer products while also being more resistant to water and heat. It has an SPF (sun protection factor) of 30+, and the pharmacist says people with albinism need to put two milligrams per square inch of skin, twice a day.

That’s like a “tequila shot” of sunscreen for the exposed parts of the body says Glashofer, who thinks SPF 30+ is the minimum needed to protect people with albinism in Africa. 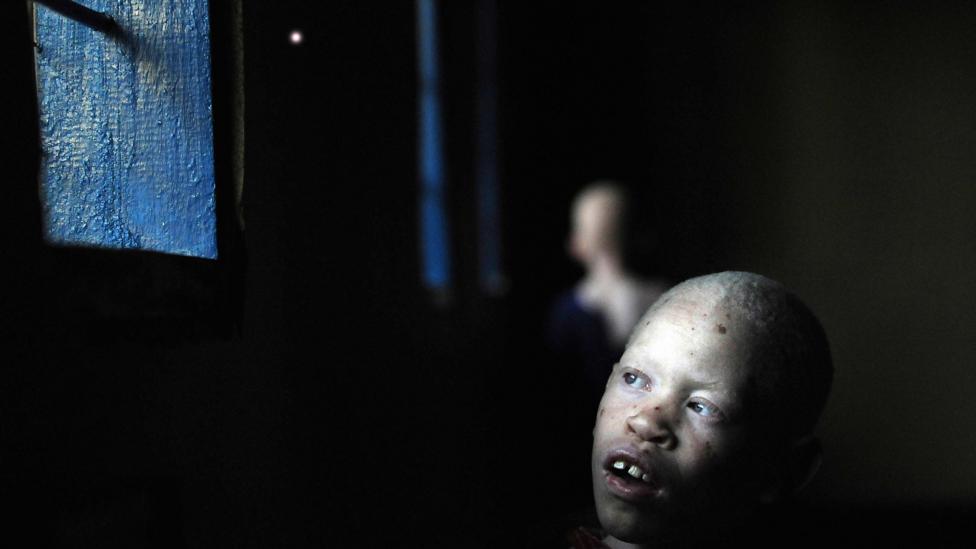 Sunscreen is too expensive for many in Tanzania, forcing many children with the condition to stay in the shade or risk developing skin cancer (Credit: Getty Images)

But using so much sunscreen so often is beyond the means of most people. "In Tanzania we’re talking about a country where 80% of the population lives with less than $1.50 a day,” says Soto Valdes. “And the cost of sunscreen is around $10, $15.”

That’s for a bottle of normal consumer sunscreen that lasts two months. Soto Valdes says a bottle giving the kind of protection people with albinism need can be as much as $20.

Most sunscreens in Africa are imported or donated. The continent’s largely black population has less need for protection because dark skin – which has more melanin – doesn’t burn as quickly.

The sunscreen industry in Tanzania, however, is growing to protect its albino population, which is greater than in most other parts of the continent. Although there have been no wide-ranging studies, it’s generally thought that around one in 1,400 people have albinism in Tanzania, while in most other parts of Africa it occurs in one in every 5,000 to 15,000 people.  With a population of around 50 million people, that makes albinism a major public health issue in Tanzania. In Europe and North America, by comparison, albinism is estimated to only affect between one in 17,000 and one in 20,000 of the population.

When Kilisun came out in 2012 it was used to help 25 children. Now it’s given free to 2,800 people at clinics that take place every four months. Over half of those receiving the cream are children.

Mdeka can tell you that beating skin cancer starts when you’re young. His family rejected him because of his white skin – he was seen as a curse and spent his childhood living on the streets.

”I used to go all around the town without protective clothing,” he recalls. “I was burned by the Sun everywhere."

Life on the streets set Mdeka on a dangerous path, which led to the melanoma on his ear following his battle with the Sun.

Mdeka was able to get an operation for his melanoma at the Kilimanjaro Christian Medical Centre in Moshi, which is a general hospital. The only specialised hospital for cancer treatment in Tanzania is the Ocean Road Cancer Institute in the capital Dar es Salaam. 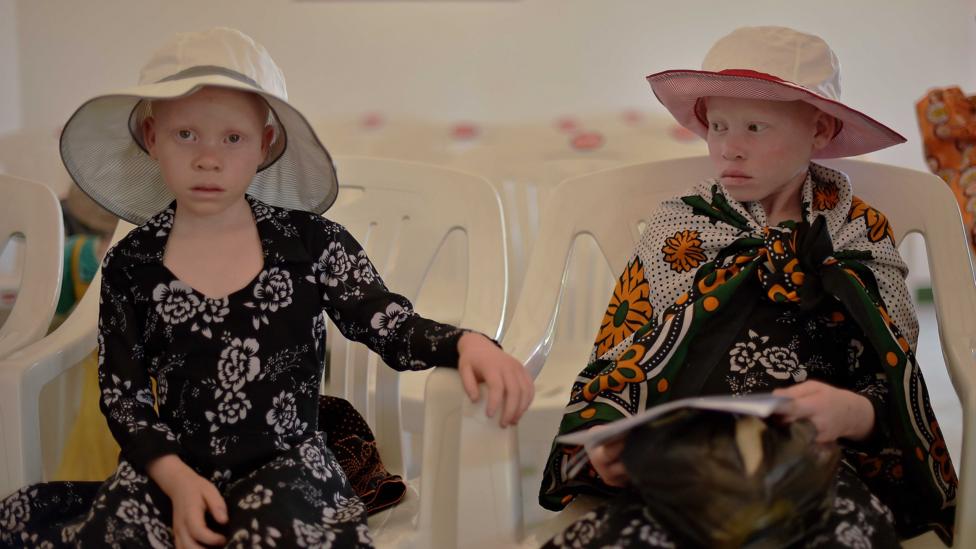 Children with albinism need to wear hats and long sleeves to protect them from the harmful rays of the Sun (Credit: Carl de Souza/AFP/Getty Images)

Children with albinism, and their parents, often don't know about the importance of wearing hats, sunglasses, long sleeves and sunscreen, says Peter Ash, a Canadian with albinism whose charity Under the Same Sun helped raise funds for the Kilisun factory in Moshi.

“We’ve actually had some parents who will take their children with albinism and put them out in the Sun to darken them up,” says Ash. “They’re trying to cause them to blend in and make them look normal. So they get all these dark-coloured lesions and they [the parents] think, ‘Oh good, they’re improving,’ when actually they’re getting skin cancer.”

The Kilisun team is trying to address this by spending time and funds educating sunscreen users and their families. They are also trying to teach health workers and teachers about the risks of skin cancer and the best way to protect against it, says Soto Valdes, as she continues her Kilisun demonstration.

The cream she wipes on her hand during her demonstration leaves a white smear – the robust formula, a water in oil emulsion, isn’t designed to look good and blend into the skin like most sunscreens.

That might limit Kilisun’s appeal in some parts of the world, says Dr Andrew Birnie, a dermatologist at East Kent Hospitals in the UK, but in Africa, “the mentality is that they want to be able to see and feel that they have something on.”

Kilisun doesn’t reach all parts of Tanzania – and finding funds to care for more people is one of Kilisun’s ongoing challenges. Mdeka uses his music to raise money to buy cream, hats and sunglasses for those who can’t afford them.

Skin cancer has killed most of the important people in the singer’s life: his mother, father, sister – and last year, his brother. “He knew how to protect himself,” says Mdeka. “But it’s very hard to sit in the shaded places waiting while [he didn’t] have anything to eat. He was not employed.”

Poverty trapped Mdeka’s brother in a vicious circle, as it does many people living with albinism in Africa

Poverty trapped Mdeka’s brother in a vicious circle, as it does many people living with albinism in Africa. “They end up working outside, peddling or trading or farming,” says Ikponwosa Ero, the UN Independent Expert on albinism. “And that exposes them to skin cancer.”

At the moment, Kilisun relies on donations from big corporations and international NGOs to continue providing cream to those who need it. The Tanzanian government also helps by providing staff.

Kilisun’s work is part of a growing understanding around Africa about the dangers of the Sun. In 2015, the government in neighbouring Kenya said it would spend around $1.5 million (£1.2 million) to provide free Sun care products to over 3,000 people with albinism. And earlier last year it was reported that a Senegal-based company had produced 5,000 sample bottles of a new sunscreen.

But having enough of the product and being able to distribute it to those in need are not the only challenges. Even if sunscreen were available all across Africa at an affordable price, some people with albinism might not use it. 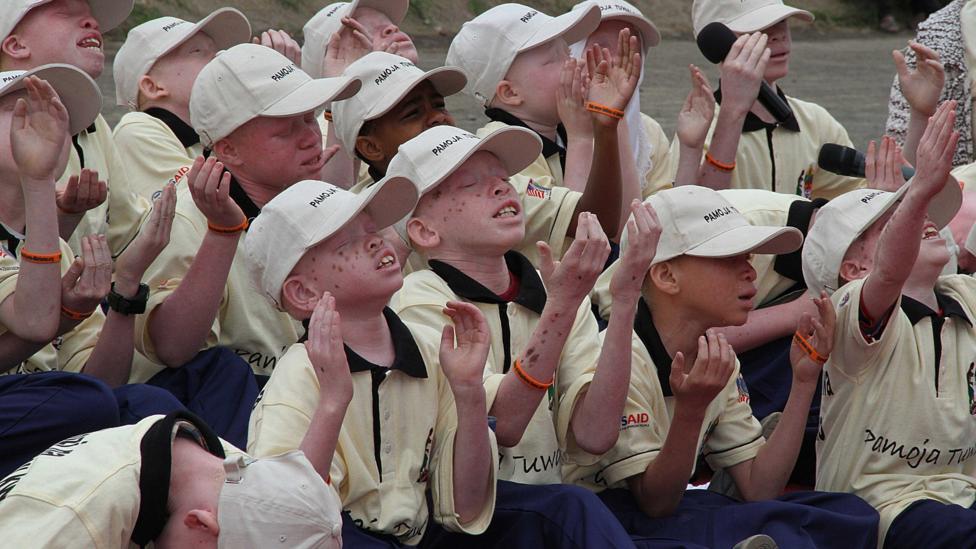 Twenty-two-year old Ismaili Ally from Dar es Salaam could be one of those people. At the moment he prefers to visit a traditional healer, believing oils and ointments made from plants and trees are the best way to fend off skin cancer.

That’s where Vicky Ntetema, who runs Under the Same Sun in Tanzania, sees another vicious circle involving skin cancer. “It’s ironic that witch doctors are after them [people with albinism] and they will still go to witch doctors to find the cure for cancer,” she says.

Ally’s healer Abdul Aziz insists there’s a big difference between his traditional remedies and witchcraft. Ally uses the products to treat the damage the Sun has already done to his skin. “The medicines are good,” he says. “When I use them, the rashes and wounds dry up within one week.”

Soto Valdes, however, insists that prevention is always going to be better than a cure. She hopes the Tanzanian government will start buying Kilisun so the cream can reach all parts of the country. She also plans to take Kilisun to another African country – Malawi is one being considered – and bringing out a stronger cream with SPF 50+.

Gradually, albinism’s silent killer is starting to be heard. 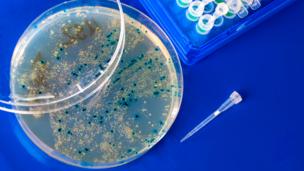 Why these viruses may save your life 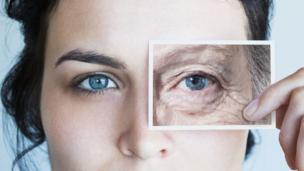 The girls who never age 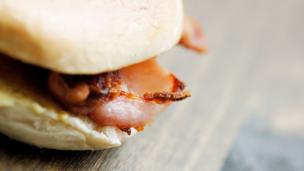 How to spot bad health and diet advice 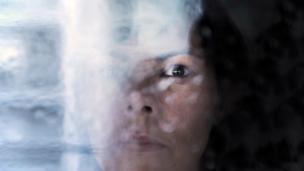 Why are we so scared of 'chemicals'?