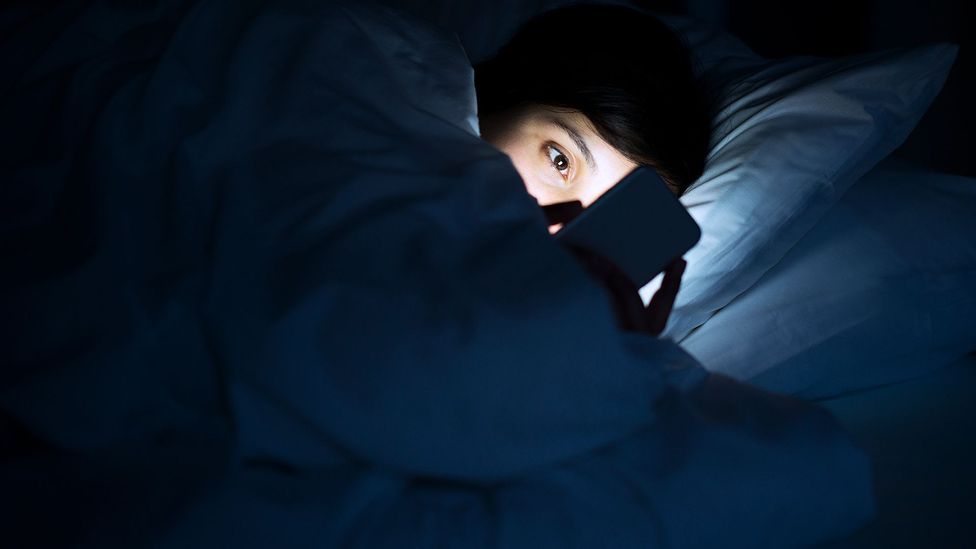 By Tiffanie Wen 9th June 2017
Can zapping yourself with electricity or paying small fines for your digressions improve your life? To quit using her smartphone in bed, Tiffanie Wen tries for herself.
T

The silicone bracelet I’m wearing around my wrist isn’t particularly subtle. But it’s not meant to be. The bright red strap encases a small rectangular rechargeable battery that sits against my wrist and can deliver shocks over 200 volts. Emblazoned on the top is a lightning bolt, so there’s no risk I’ll forget what the device does.

My phone says the device is charged and placed to the lowest setting. All that’s left to do is press down on the lightning bolt and give myself a small electric shock.

The device I’m describing, called the Pavlok, is a bit controversial. Some call it a gimmick while others say it has helped them break habits like nail biting or eating candy. Founder Maneesh Sethi says that it can break a user’s habit in as little as five days. So I’m using it to try to quit using my smartphone in bed, which experts suspect can disturb sleep, and cause temporary blindness.

In the video above, BBC Click reporter Stephen Beckett demonstrates how the Pavlok works. (This video was filmed in a safe environment. Care should be taken when using any products that provide an electrical shock.)

The name Pavlok is a play, of course, on Ivan Pavlov’s last name: the Russian physiologist who famously conditioned dogs to salivate at the sound of a bell, which preceded food. The developers behind Pavlok are hoping that if users shock themselves while engaging in the unwanted behaviour – in my case, using a smartphone in bed – they will begin to associate the behaviour with unpleasantness and enjoy it less, reducing the amount they do it.

Eventually I worked up enough courage to shock myself

Eventually I worked up enough courage to shock myself, which I found startling and impossible to ignore at the 50% setting.

So, are small punishments – be they electric shocks, or other sanctions such as fines – really a way to change our behaviour for the better?

Researchers have attempted to compare how people respond to punishment and rewards in various experiments. For example, in a study published in the journal Cognition, people won or lost tokens worth a small amount of money depending on their performance in a task. The researchers found that even a small amount of punishment (losing tokens) was enough to change their choices in subsequent tasks, relative to a larger amount of reward.

“This means that there is a different reaction in the brain to gains and losses,” says Jan Kubanek, a postdoctoral research fellow in molecular and cellular physiology at Stanford who worked on the study. “It didn’t matter how much subjects had lost, whether it was five or 25 cents. It didn’t affect the avoidance. You avoided the choice in a similarly strong fashion regardless of the number of points, or cents, you lost.”

It wasn’t the same case for rewards. “When you gain five cents you are likely to repeat that choice, but the tendency is weaker than when you gain 25 cents,” explains Kubanek. “The more you won the more likely you were to repeat your previous choice. But for losses any amount of loss leads to a strong avoidance behaviour.”

Kubanek says the results could be used to shape how negative feedback and punishment is delivered outside the laboratory. In an academic setting for example, teachers might structure grades in terms of positive and negative points. 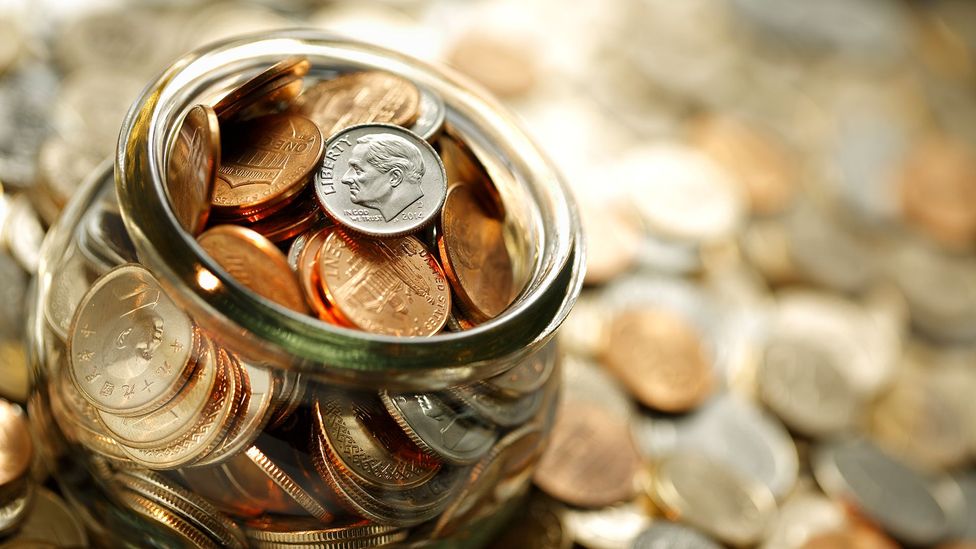 Perhaps paying a small fine to our loved ones for our bad habits is worth a try? (Credit: iStock)

Research also suggests that the threat of punishment might, in some cases, influence our behaviour. One study for example indicated that even the presence of a depiction of eyes was enough to make people stop littering, because they felt like they were being watched and wanted to avoid getting caught and punished. (However, it should be noted that subsequent studies have found it difficult to replicate the effects of watching eyes.)

In his book, God is Watching You, Dominic Johnson argues that the fear of supernatural punishment, whether in the form of God, hell or karma, promotes cooperation above and beyond government institutions within societies. “Governments and police are limited. The surveillance is low and the punishment is limited,” said Johnson. “But for a god, surveillance is omnipresent and the punishments are infinite. Gods can be a lot more powerful than the police. At least among strong believers.”

There is some evidence to back up this idea, including a study by psychologist Azim Shariff that found societies with lower crime rates were correlated with the population’s belief in hell. “This was relative to their belief in heaven,” said Johnson. “Some people were upset by that, but the idea was that people are more likely to cooperate when they are trying to avoid hell rather than get to heaven.” 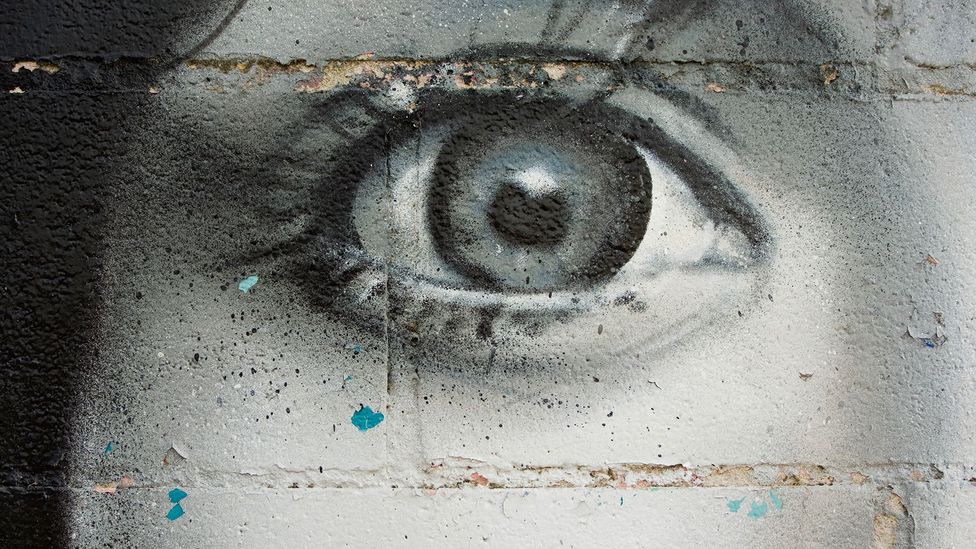 Some research has indicated that eyes painted on a wall can persuade people to moderate their behaviour, but this has not been confirmed by subsequent studies (Credit: iStock)

This possibility of being punished might be why some people have found that zapping themselves with the Pavlok is effective.

My red bracelet had a large symbol of a lightning bolt on it. Just seeing that symbol on my wrist at bedtime was enough of a reminder that I would have to shock myself for spending time in bed on my phone. Though the sight of it wasn’t enough to make me stop entirely, it did put my goal at the front of my mind, and I spent considerably less time online every night. That said, after shocking myself in bed while using my phone for five days, I can say that it didn’t cure my nighttime smartphone use.

What ultimately worked, at least for the following week, was imposing an exorbitant fine on myself, which I paid to my husband for him to spend on unnecessary items. After one night, the financial loss was enough to keep me off my phone for those extra minutes. After my experiment ended, however, I went right back to old habits, which suggests that I would have to be zapping myself and shelling out my money indefinitely – and that’s perhaps too high a price to pay.