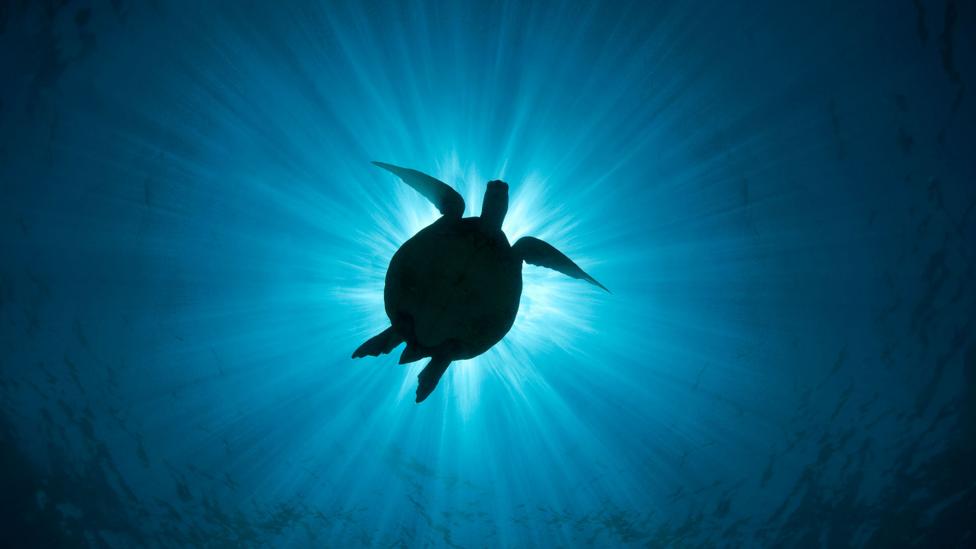 Fabien Cousteau: How to save the ocean

The 21st Century poses no shortage of threats to Earth's oceans – all man-made: pollution, climate change, overfishing. Fabien Cousteau, who once lived continuously underwater for a month, explains what can be done to tackle this grand challenge.

More than 635,000 tonnes of rubbish gets thrown in Earth's oceans every year. There's a collection of "garbage patches" in the Pacific Ocean that stretch from California to Japan. And plastic waste kills a million seabirds and 100,000 marine mammals every year.

What do all of these ecological disasters have in common? They share a single perpetrator: humankind.

That's why the "single greatest threat" to our planet's seas is humankind, according to conservationist and filmmaker Fabien Cousteau, who spoke to BBC Future Now in New York recently.

He should know about the oceans – he’s practically seafaring royalty, as his grandfather was Jacques Cousteau, the French scientist and explorer whose impact on public awareness for ocean exploration is legendary. Jacques co-developed the Aqua-lung (the breathing apparatus used in scuba diving), wrote countless books on ocean conservation and produced over 100 films.

Fabien is an ocean pioneer in his own right. In 2014, he and his team lived in an underwater laboratory for a month off the Florida coast, broadcasting to schools worldwide – watch the footage from that extraordinary mission in the video interview above.

Educating people through exploration is how he thinks we can save the ocean from ourselves. That will help us land-dwellers learn more about what could be lost, possibly convincing people to curb their bad habits. We’ve been the ones harming the ocean, and it’s also our responsibility to save it.