Inspired by neuroscience, a specially designed siren designed to capture attention is finding a smart and potentially life-saving use in Africa.

In a remote and rural part of Malawi in Africa, a siren has been alerting people – and it sounds like nothing you’d recognise from a street elsewhere in the world. Strangely unlike a conventional emergency services siren, instead it is a discordant mashup of musical fragments and intermittent white noise.

“It’s like hearing music on an old transistor radio that seems to be a little bit broken,” explains American artist Jake Harper, who designed it. You can hear it at the beginning and end of the clip below, coupled with a spoken announcement:

The signal was inspired by neuroscience research on sounds that affect the emotion-processing centres of the brain.

The aim? To alert Malawi locals to HIV tests and health checks from a mobile clinic funded by the Elizabeth Taylor Aids Foundation’s (ETAF) and operated by the Global Aids Interfaith Alliance. As the medical van travels through an area, speakers on the roof broadcast these eerie tones.

Here, a long-running battle against HIV is being fought. The district of Mulanje is home to about 673,000 people and has one of highest incidence rates for HIV in the region – 17% are infected with the virus.

“They try really hard to get rid of some of the social stigma around receiving care for HIV, but it’s a very difficult challenge,” says Harper.

Harper designed the sound to ensure that people can’t help but pay attention to the presence of the clinics. 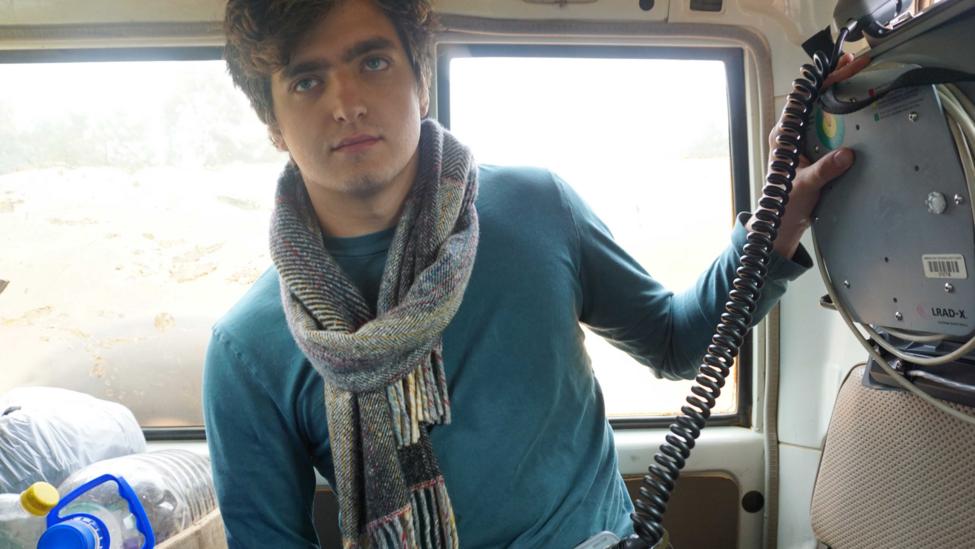 Jake Harper, pictured, designed the sound based on the performance of a local band that discussed aspects of the HIV epidemic (Credit: Jake Harper/ETAF)

He was inspired by the neuroscience research of Luc Arnal at the University of Geneva. Arnal had investigated what neural connections are activated when humans hear a sound that is particularly difficult to ignore: screaming.

Scans revealed that, when we hear the characteristically rough, distressing sound of a scream, the amygdala – which processes fear reactions – is activated in our brains. “What I found is that this roughness doesn’t go through the same neural pathways used by speech,” he says.

It means that screams don’t just get our attention, they immediately prompt us to react in some way. We’re stimulated to actually do something. It was Arnal’s innate and, of course, irrepressible response to hearing his own new-born baby’s cries that helped to provoke his investigations.

Arnal had previously suggested that this insight could be used to design better alarms and sirens that don’t just make us freeze when we hear them, but actually invoke a more constructive reaction.

To get the sound to work for the mobile clinics in Malawi, Harper spent months experimenting with audio software called Kyma to try and come up with a noise that sounded man-made enough to distinguish it from human or animal voices in the bush, but which was also not overly harsh or distressing. Getting the balance right – appealing to the emotion-processing parts of the brain without inducing fear or shock – was tough.

After many unsatisfying attempts, he finally found the right sample to modify. On an earlier visit to Malawi, Harper had happened to record the performance of a local band that discussed the impact of the HIV epidemic in many of their songs. A heavily edited, tiny sample of the performance turned out to be just right.

“It’s not really identifiable – it just happens to be the raw material that best fit the combination of aesthetic features I was looking for,” recalls Harper. 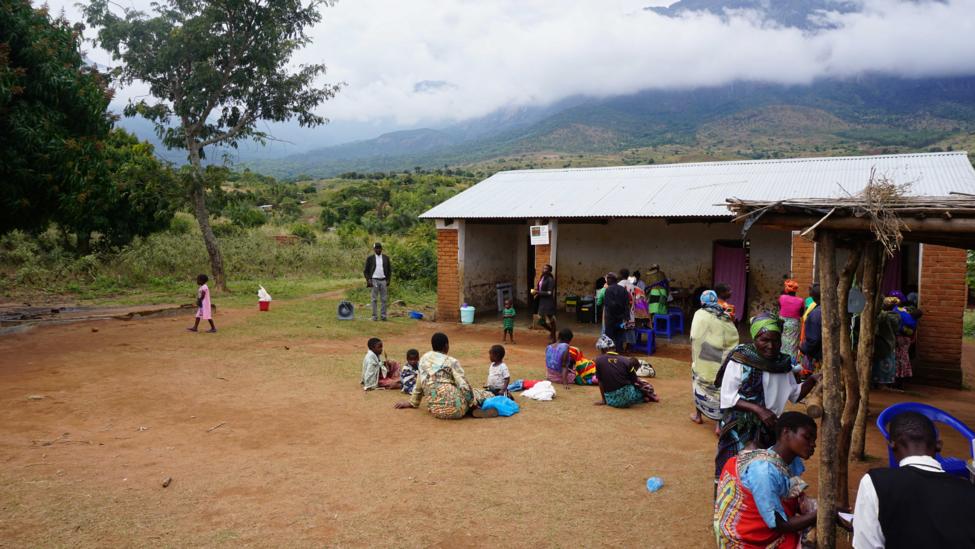 The district of Mulanje in Malawi is home to about 673,000 people and has one of highest incidence rates for HIV in the region (Credit: Jake Harper/ETAF)

The next step was to test the sound in the field. Previously, the mobile medical clinics had used a PA system and speakers to make announcements when they arrived in a new area. But would the new signal make a big difference?

The results were encouraging. Harper says that on average, a mobile clinic would test 40 people per day for HIV. “During the trial we had 160 people come to get tested,” he says.

It was a short, small-scale test and a more prolonged trial would have to be undertaken before he could be sure that the siren itself was a critical factor. But the ETAF workers were pleased. “I got the sense that it worked better than anyone anticipated,” says Harper.

It’s not like music or voice, it’s a specific pattern of sounds

Quinn Tivey, a director for ETAF and one of Elizabeth Taylor’s grandchildren, says the organisation is excited to be part of the experiment. “It was something we had never considered before – using a specific, designed sound to engage,” he says.

The hope is that it will contribute to the ETAF’s ongoing work in Mulanje, which began in 2008. Tivey points out that, prior to the new siren experiment, the mobile medical clinic scheme had already been helpful in greatly increasing the number of people receiving HIV tests. 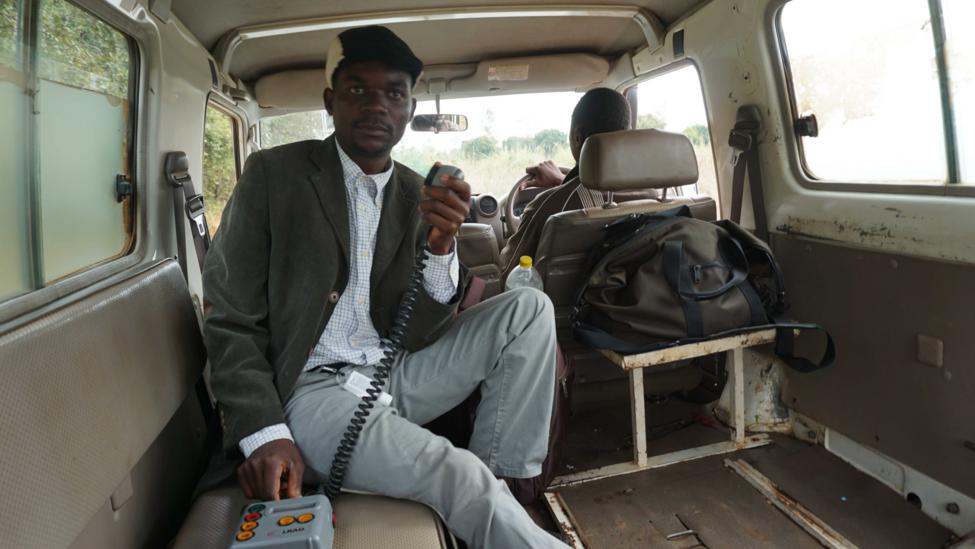 Previously, the mobile medical clinics had employed only an announcer speaking via a PA system to get people's attention (Credit: Jake Harper/ETAF)

Arnal is impressed with Harper’s application of his research.

“I think he has done a very good job, it’s not like music or voice, it’s a specific pattern of sounds,” he says.

“He added these fast modulations which supply roughness and he also modulated the sound at a slower pace, making it more like the speech or the rhythms music would use.”

For Arnal, that succeeds in meeting the three key goals here: produce a sound that grabs people’s attention; avoid distressing them; make sure it is distinguishable from non-manmade sounds in the environment.

Our understanding of how audio influences human psychology has evolved greatly in recent years, according to Annett Schirmer at the Chinese University of Hong Kong. For example, studies have shown that people’s neural activity can be co-ordinated with the help of external rhythms. This is exactly the sort of effect you would expect from, say, factory or farm labourers working in time to a song – or the effect of cohesion observed in musicians performing together.

She says the Malawi experiment was an interesting one, and agrees that behavioural manipulation could certainly be enhanced with the right sounds. However, she warns there is also a dark side to using music to alter behaviour.

“Shops use music to make customers stay longer or increase the likelihood that they purchase things,” she notes. 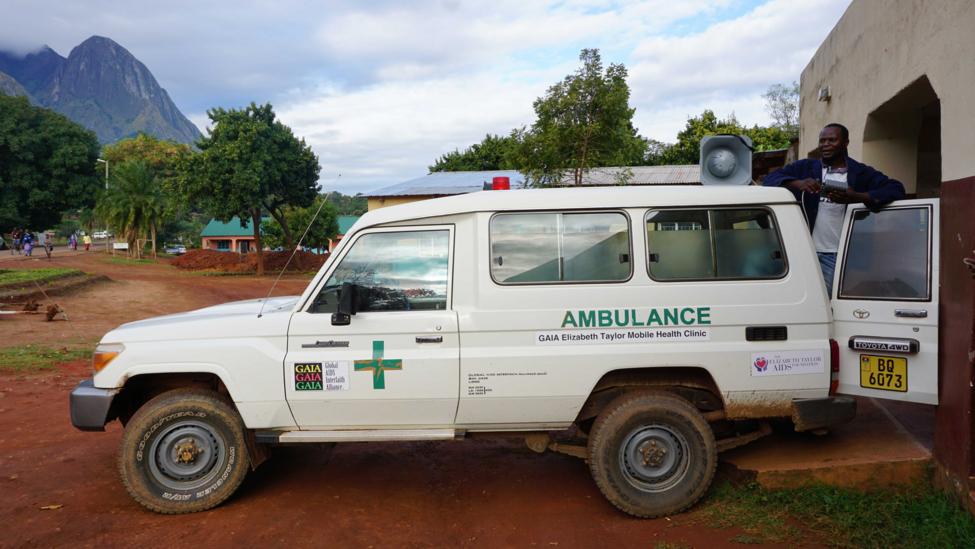 Harper is counting on there being a demand for behavioural influence via sound in buildings and public spaces of the future. He’s set up a company, Public Decibel, to expand on the ideas that motivated his work in Malawi.

“I want to investigate the use of sound as an architectural tool and as a building material – how it could impact public spaces to make them more accessible or adaptable,” he explains.

In the future, sound that provokes responses deep in our brains could be more thoughtfully designed into the built environment. Often, the music or signals around us fade into the background. But if the right neural pathways are triggered, they might one day be impossible to ignore. 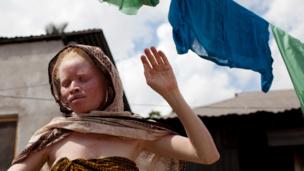 The ‘silent killer’ of Africa’s albinos 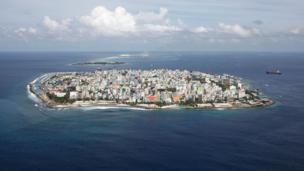 Are we running out of land? 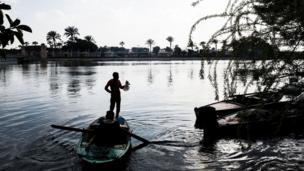 The most vital resource of the century?