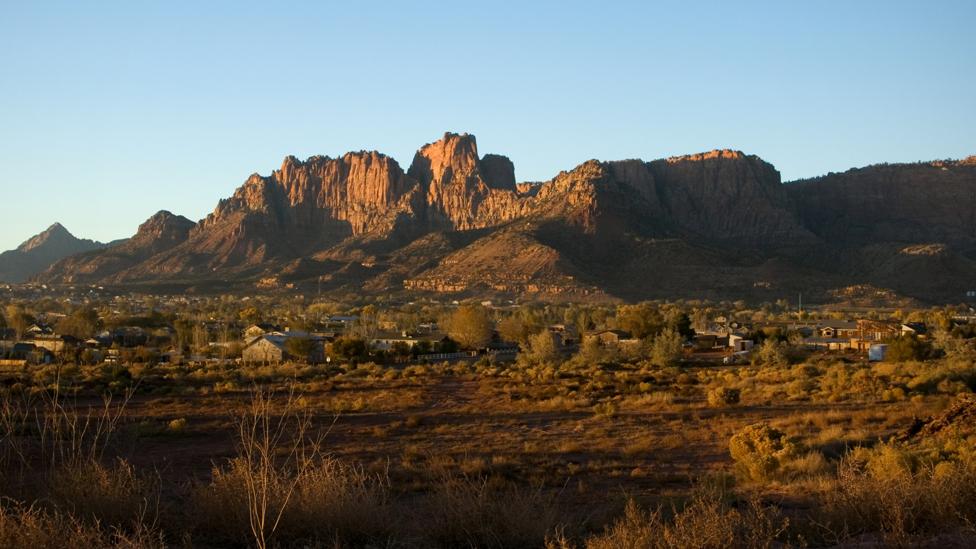 By Zaria Gorvett 26th July 2017
In a remote region of the US, a town is struggling with a chilling health crisis caused by a recessive gene. The reason? Here, polygamy is still practised.

“We are to gird up our loins and fulfil this, just as we would any other duty…” said Brigham Young, who led the Church of Jesus Christ of Latter-day Saints (LDS), or Mormons, back in the mid-19th Century. It was a sweltering summer’s day in Provo City, Utah and as he spoke, high winds swirled dust around him.

The holy task Young was speaking of was, of course, polygyny, where one man takes many wives (also known by the gender neutral term polygamy). He was a passionate believer in the practice, which he announced as the official line of the church a few years earlier. Now he was set to work reassuring his flock that marrying multiple women was the right thing to do.

He liked to lead by example. Though Young began his adult life as a devoted spouse to a single wife, by the time he died his family had swelled to 55 wives and 59 children. Fast-forward to 1990, a century after the LDS abandoned polygyny, and the upshot was only just beginning to emerge. In an office several hundred miles from where Young gave his speech, a 10-year-old boy was presented to Theodore Tarby, a doctor specialising in rare childhood diseases.

The boy had unusual facial features, including a prominent forehead, low-set ears, widely spaced eyes and a small jaw. He was also severely physically and mentally disabled.

In every case, the child had the same distinctive facial features, the same delayed development

After performing all the usual tests, Tarby was stumped. He had never seen a case like it. Eventually he sent a urine sample to a lab that specialises in detecting rare diseases. They diagnosed “fumarase deficiency”, an inherited disorder of the metabolism. With just 13 cases known to medical science (translating into odds of one in 400 million), it was rare indeed. It looked like a case of plain bad luck.

But there was a twist. It turned out his sister, whom the couple believed was suffering from cerebral palsy, had it too. In fact, together with colleagues from the Barrow Neurological Institute, soon Tarby had diagnosed a total of eight new cases, in children ranging from 20 months to 12 years old.

In every case, the child had the same distinctive facial features, the same delayed development – most couldn’t sit up, let alone walk – and, crucially, they were from the same region on the Arizona-Utah border, known as Short Creek.

Even more intriguingly, this region is polygynous. In this small, isolated community of Fundamentalist Church of Jesus Christ of Latter-Day Saints (FLDS) – a group that split from the LDS in the early 20th Century – the likelihood of being born with fumarase deficiency is over a million times above the global average.

“When I moved to Arizona that’s when I realised that my colleagues here were probably the most familiar I’d ever met with this disease,” says Vinodh Narayanan, a neurologist at the Translational Genomics Research Institute, Arizona, who has treated several patients with fumarase deficiency. 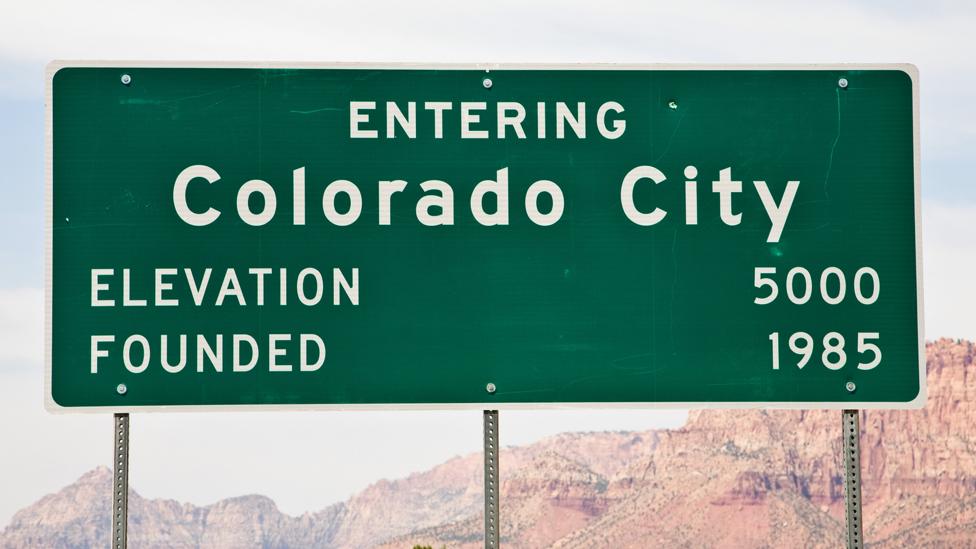 Colorado City is one of the two towns where the remote community live (Credit: iStock)

The disease is caused by a hiccup in the process that provides energy to our cells. In particular, it’s caused by low levels of an enzyme – fumarase – that helps to drive it. Since it was perfected billions of years ago, the enzyme has become a staple of every living thing on the planet. It’s so important, today the instructions for making it are remarkably similar across all species, from owls to orchids.

For those who inherit a faulty version, the consequences are tragic. Though our brains account for just 2% of the body’s total weight, they are ravenously hungry – using up around 20% of its energy supply. Consequently, metabolic disorders such a fumarase deficiency are particularly devastating to the organ. “It results in structural abnormalities and a syndrome including seizures and delayed development,” says Narayanan.

Faith Bistline has five cousins with the disease, who she used to look after until she left the FLDS in 2011. “They are completely physically and mentally disabled,” she says. The oldest started learning to walk when he was two years old, but stopped after a long bout of seizures. Now that cousin is in his 30s and not even able to crawl.

In fact, only one of her cousins can walk. “She can also make some vocalisations and sometimes you can understand a little bit of what she’s saying, but I wouldn’t call it speaking,” she says. They all have feeding tubes and need care 24 hours a day.

Fumarase deficiency is rare because it’s recessive – it only develops if a person inherits two faulty copies of the gene, one from each parent. To get to grips with why it’s plaguing Short Creek, first we need to back to the mid-19th Century.

Brigham Young was a busy man. In addition to leading the Mormon church, he also founded a city – Salt Lake City, Utah – which flourished from a sparsely populated desert valley into a full-blown polygynous utopia in the space of a few short decades.

Alas, it didn’t last. By the 1930s, the practice had been abandoned by the church and banned by the state of Utah, making it punishable by imprisonment and a hefty fine (equivalent to around $10,000 (£7,675) in today’s money). Followers needed somewhere to go. 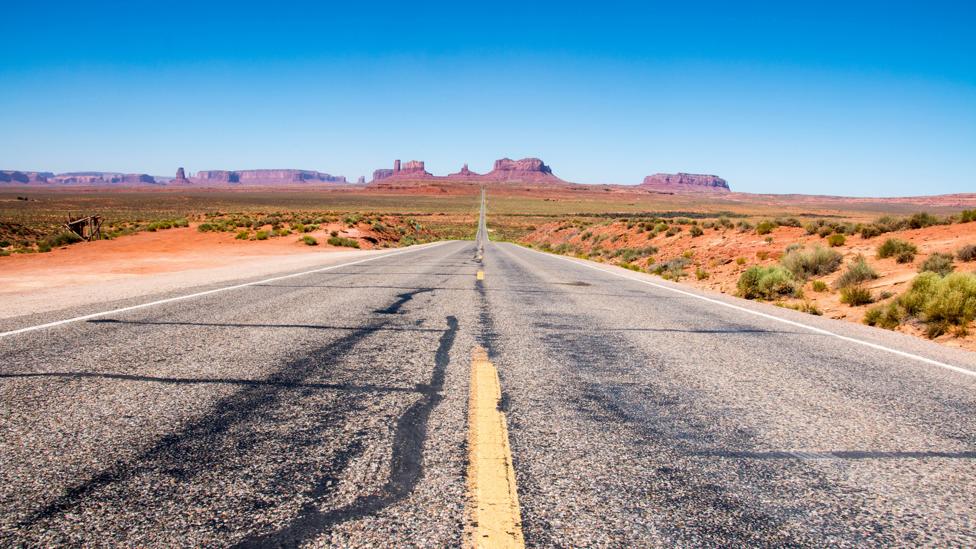 Followers of polygamy fled here after the practice was banned in Utah (Credit; iStock)

They settled on the remote ranching town of Short Creek, which formed part of the Arizona Strip. This was an area larger than Belgium (14,000 sq miles, or 36,000 sq km) with only a handful of inhabitants – the perfect place to hide from the prying eyes of federal marshals.

Today it’s home to the twin towns of Hildale and Colorado City – either side of the Utah-Arizona border – and some 7,700 people. It’s the headquarters of the FLDS, which is famous for its conservative way of life and polygyny. “Most families include at least three wives, because that’s the number you need to enter heaven,” says Bistline, who has three mothers and 27 siblings.

In the end, the link to fumarase deficiency is a numbers game. Take Brigham Young. In all, his children begat 204 grandchildren, who, in turn, begat 745 great-grandchildren. By 1982, it was reported that he had at least 5,000 direct descendants.

This sudden explosion is down to exponential growth. Even with just one wife and three children, if every subsequent generation follows suit a man can have 243 descendants after just five generations. In polygynous families this is supercharged. If every generation includes three wives and 30 children, a man can – theoretically – flood a community with over 24 million of his descendants in the space of five generations, or little over 100 years. Of course this isn’t what actually happens. Instead, lineages begin to fold in on themselves as distant (and in the FLDS, not so distant) cousins marry. In polygynous societies, it doesn’t take long before everyone is related.

This is thought to be how one-in-200 men (one in 12.5 in Asia) are descended directly from super-fertile Mongol warrior Genghis Khan, who died nearly eight centuries ago. As Brigham Young said himself: “It is obvious that I could not have been blessed with such a family, if I had been restricted to one wife…”

In Short Creek, just two surnames dominate the local records – Jessop and Barlow. According to local historian Benjamin Bistline, who spoke to news agency Reuters back in 2007, 75 to 80% of people in Short Creek are blood relatives of the community’s founding patriarchs, Joseph Jessop and John Barlow.

This is all very well, but we now know that most people are walking around with at least one lethal recessive mutation (one that would kill us before we reach reproductive age) in their genome, around the same number as in fruit flies. Humans haven’t gone extinct because, being recessive, they’re only unmasked if we have children with someone who also just so happens to carry a copy of that exact same mutation too. 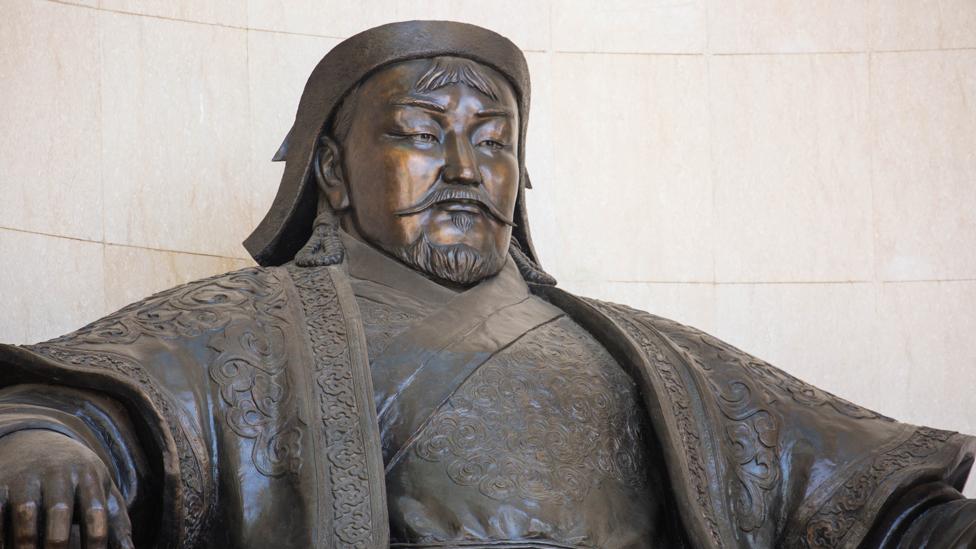 Mongol warrior Genghis Khan took so many wives that one-in-200 men may be related to him (Credit: iStock)

This is where the system starts to become unstuck. “With polygyny you’re decreasing the overall genetic diversity because a few men are having a disproportionate impact on the next generation,” says Mark Stoneking, a geneticist at the Max Planck Institute for Evolutionary Anthropology, Germany. “Random genetic mutations become more important.”

In isolated communities, the problem is compounded by basic arithmetic: if some men take multiple wives, others can’t have any. In the FLDS, a large proportion of men must be kicked out as teenagers, shrinking the gene pool even further.

“They are driven to the highway by their mothers in the middle of the night and dumped by the side of the road,” says Amos Guiora, a legal expert at the University of Utah who has written a book about religious extremism. Some estimate that there may be up to a thousand so-called “lost boys”. “Often they spend years trying to repent, hoping to get back into the religion,” says Bistline, who has three brothers who were discarded.

Conservationists have known for years that a population’s “mating system” – the fancy word for sexual behaviour – can have a profound impact on its genetics. In wild deer and sage grouse, as in Mormon cults, polygyny is associated with high levels of inbreeding, because it shrinks the number of males contributing to the gene pool and increases the relatedness of the entire community.

Today polygyny is more widespread in Africa than any other continent

The fumarase deficiency gene has been traced to Joseph Jessop and his first wife, Martha Yeates (14 children). One of their daughters went on to marry co-founder John Barlow – and the rest is history. Today the number of people carrying the fumarase gene in Short Creek is thought to be in the thousands.

The FLDS are not alone. Today polygyny is more widespread in Africa than any other continent. In March 2014, Kenya's Parliament passed a bill allowing men to marry multiple wives, while in many West African countries it’s been practised for thousands of years. 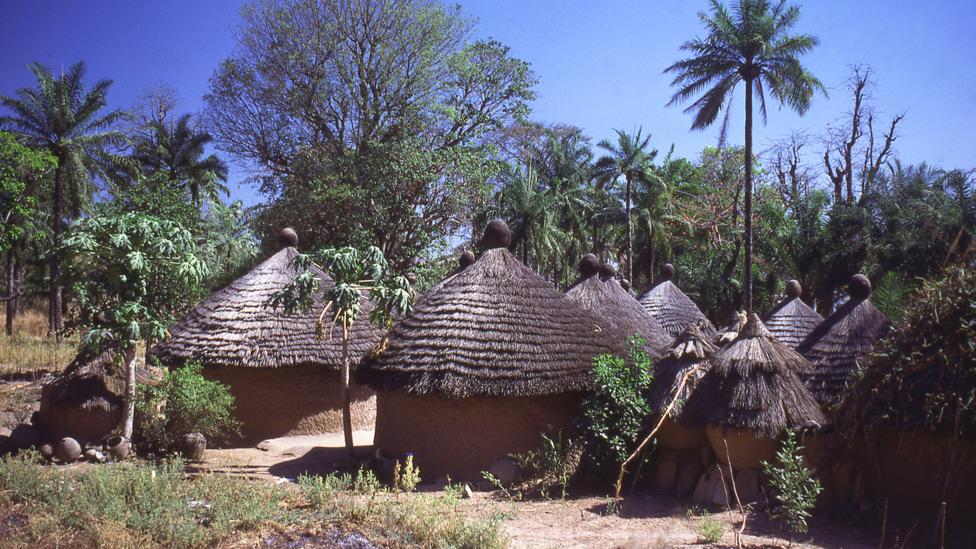 Intriguingly, it’s associated with rare disease here, too. In Cameroon, scientists recently reported a polygynous community with abnormally high levels of stuttering. By comparing local genomes with those from sub-Saharan Africa, South Asia and North African populations, the researchers identified “exceptionally rare” gene variants among this community, which appear to be responsible – though the authors do not speculate about whether this is a consequence of polygyny.

Which brings us to the good news. Since inbreeding tends to uncover “recessive” mutations that would normally remain in hiding, studying these communities has helped scientists to identify many disease-causing genes. That’s because genetic information is useless on its own. To be meaningful to medical research, it must be linked to information about disease. In fact, more human disease genes have been discovered in Utah – with its Mormon history – than any other place in the world.

It’s not the legacy Brigham Young expected, but in the end, it’s possible that the controversial practice might have some unintended positives.