Loading
Apocalypse Week | Sun
If you think an eclipse means doomsday, you're not the first
Share using EmailShare on TwitterShare on FacebookShare on LinkedinShare on Whatsapp 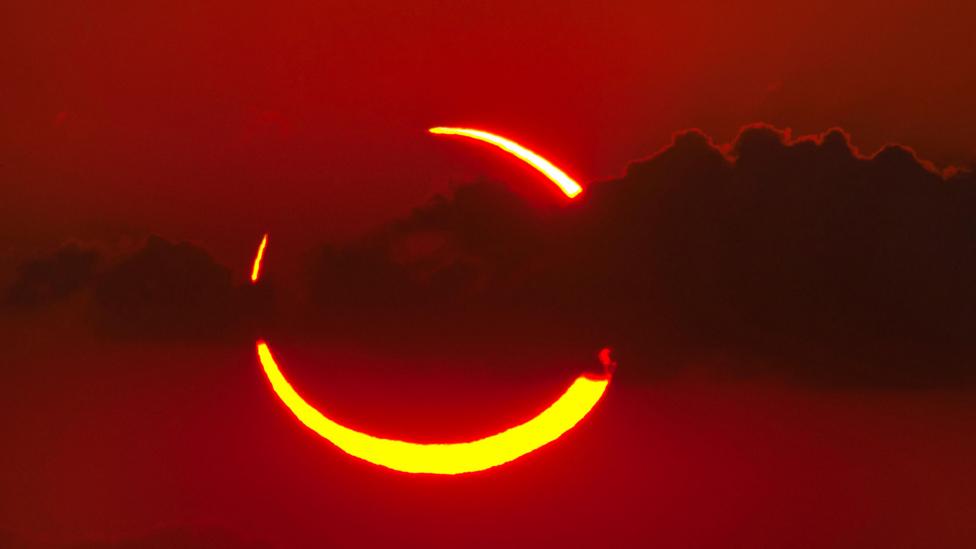 By David Cox 14th August 2017
There's a long and fascinating history of people believing that eclipses are a sign of the apocalypse. (Hopefully they're wrong about the one occurring in the US next week.)

On 21 August, more than seven million people from across the globe are predicted to converge on various cities across the US, as the first total solar eclipse since 1918 to cross the North American continent from ocean to ocean, takes place. Millions are expected to travel far and wide to witness the once-in-a-life-time event.

But for others, the celestial phenomenon signals something far more sinister than a simple road trip – for some, the total solar eclipse means the end of the world as we know it.

Various evangelist groups across the US, for example, have already heralded the eclipse as a sign of impending apocalypse. A Christian prophecy website called Unsealed claims that it will spark the beginning of the so-called Tribulation, a seven-year period in which 75% of the world’s population will be destroyed.

Meanwhile, for many, this eclipse is the highly anticipated event of the summer. With 12 million more living in the path of totality, a 70-mile (112 km) long stretch between Oregon and South Carolina where the Moon will completely cover the Sun, ‘eclipse tourism’ is expected to generate vast amounts of revenue, a tradition which began in 18th Century Europe as eclipses passed over the major capitals.

Various evangelist groups across the US, for example, have already heralded the eclipse as a sign of impending apocalypse

So why does a major, exceedingly rare spectacle in the sky draw both wonder and fear alike? The link between an eclipse and beliefs of impending doom actually harks back to a time where our relationship with the sky was one of considerably greater unease. 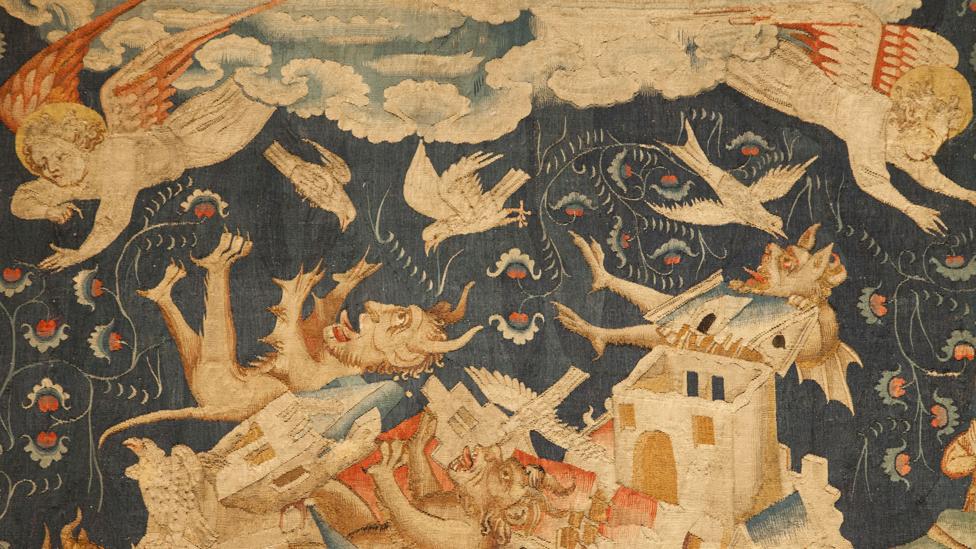 Astronomical events have long stoked fears of the apocalypse in humans, stretching back thousands of years (Credit: Alamy)

In the 7th Century BC, the passing of a total solar eclipse over the Greek island of Paros prompted the poet Archilocus to write: "Nothing in the world can surprise me now. For Zeus, the father of the Olympian, has turned midday into black night by shielding light from the blossoming Sun, and now dark terror hangs over mankind. Anything may happen."

“The majority of people didn’t really understand what eclipses or shooting stars were until at least the 17th Century,” says Edwin Krupp, director of the Griffith Observatory in California. The ancient Greeks weren’t alone, either.

While a handful of astronomical scholars, from the 8th Century BC onwards, successfully understood the celestial mechanisms behind an eclipse, for another 2,000 years most of the world’s population clung steadfastly to the ancient belief that astronomical events, and particularly solar and lunar eclipses, were the work of the gods.

“This has to do with communication and education,” says Krupp. “It was harder for information to spread, and so myths and superstitions from older traditions perpetuated. In antiquity, people regularised their lives by the order of the world around them, half of which was the sky. And events like an eclipse were an intrusion of chaos into that order. Today there are still parts of the world, such as India, where [some] pregnant women won’t go outside during the eclipse as they believe they are vulnerable, which stems from these ancient fears.”

In antiquity, people regularised their lives by the order of the world around them, half of which was the sky. And events like an eclipse were an intrusion of chaos into that order - Edwin Krupp

To cope with such an event, many ancient cultures typically undertook ritualistic activity, as a way of attempting to interact with the forces or demons they perceived to be at work. One of the most pervasive ideas was a dangerous predator assaulting the Sun or Moon in the sky. In western Asia, people spoke of a solar eclipse as a dragon devouring the Sun. Huge drums would be beaten to scare away the beast, while in China a heavenly dog was thought to be biting the Sun. In Peru, the demon was described as a giant puma while the Vikings saw a pair of sky wolves. It’s perhaps unsurprising that the earliest known word for eclipse in China was shih, which means "to eat". 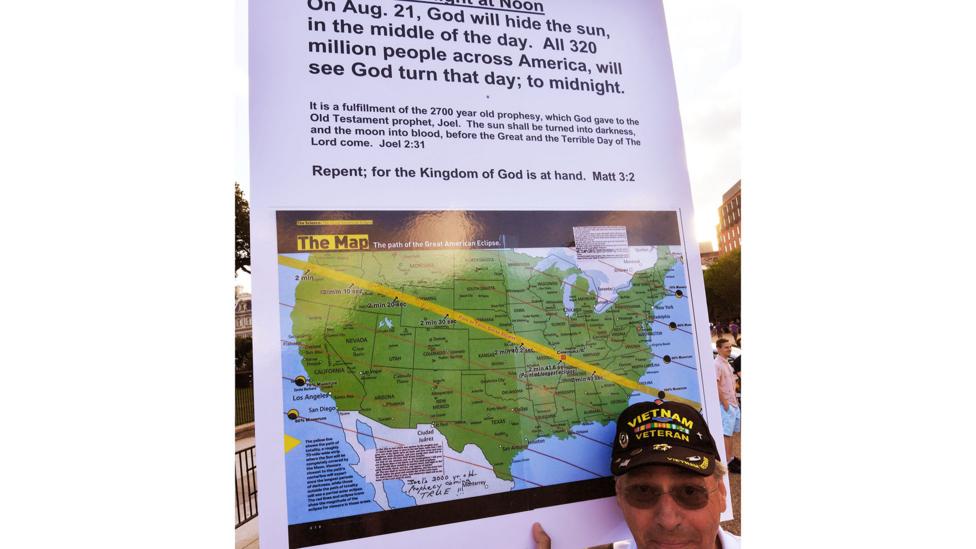 "Repent; for the Kingdom of God is at hand," reads one sign held by an eclipse doomsday believer in Washington DC last month (Credit: Getty Images)

“The way people have interpreted these astronomical events goes hand in hand with the beliefs in their culture,” says Jarita Holbrook, an astronomer and professor at the University of the Western Cape. “In places where there’s a gentler environment, no extremes in weather, and food is abundant, your gods are likely to be kinder and so you see things in different ways. But if you live in a fearful religion where the gods are out to get you then you’d have more of an inclination to expect the end of the world.”

This was certainly the case in medieval Christian Europe. With a population fraught by plagues, wars, and well attuned to the Bible, their thoughts during a solar or lunar eclipse would turn quickly to the Book of Revelation which refers to the Sun becoming black as sackcloth, and the whole Moon becoming the colour of blood.

“It’s very easy to see why people thought this way,” says Chris French, a professor and founder of the Anomalistic Psychology Research Unit at Goldsmiths. “The Sun disappearing from the heavens during a solar eclipse, there’s all kinds of very obvious symbolism associated with that. With a lunar eclipse, the Moon turns blood red. And you have to remember that for the vast majority of the population, they’d probably never seen this before. Life expectancies were short, and they’re not particularly common events.”

When the Spanish conquered the Aztec Empire in the 16th Century, among them was a Franciscan friar called Bernardino de Sahagún, now regarded as one of the first anthropologists. He provides a rare account of the reaction of the local people to a total solar eclipse.

“The Sun turned red, it became restless and troubled. It faltered. Then there were a tumult and a disorder. All were disquieted, unnerved, frightened. There was weeping. The common folk raised a cry, lifting their voices, shrieking. There were shouting everywhere. People of light complexion were slain as sacrifices. Captives were killed. All offered their blood. In all the temples, there was singing and chants. An uproar, there were war cries. It was thus said, if this is complete, it will be dark forever. The demons of darkness will come down, and they will eat men.” 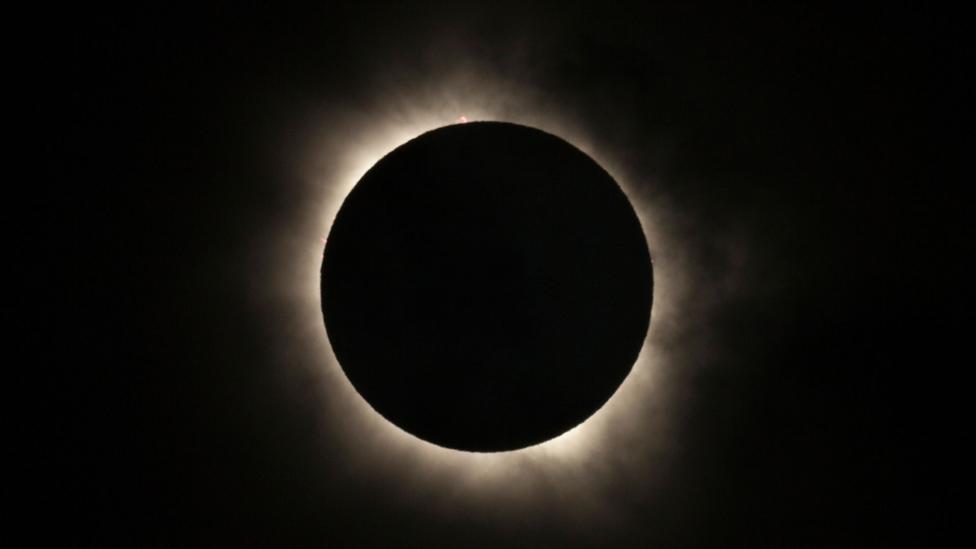 On 21 August, the first total solar eclipse to cross the North American continent since 1918 will take place, spurring some people to doomsday fears (Credit: Alamy)

The stars’ power over politics

Of the few who understood what was actually happening, some deliberately chose to precipitate the myths as a way of manipulating political power to their own advantage.

In 1504, with his crew close to starvation after becoming shipwrecked off the coast of Jamaica, Christopher Columbus ended a mutiny by using a lunar eclipse to convince the local Arawak Indians that he controlled the sky, forcing them to provide food. Three hundred years later, when establishing the Zulu kingdom, the warlord Shaka kaSenzangakhona solidified his rule by using astronomical events to convince his people that he controlled the Sun.

It was not until the birth of newspapers that knowledge of what eclipses were and why they happened started to become slowly more widespread. “In 17th Century Europe, you see reports of people predicting terrible things from the eclipse, but for the first time you also see articles being published saying, ’This is silly, it’s simply the solar system working,’” Krupp says.

But one of the reasons why myths relating to eclipses still persist to the present day is down to the simple nature of chance. “For people who believe in astrology and that the sky provides some kind of warning for events on Earth, you’re inevitably going to get coincidences between people seeing a comet and then there being a birth or a death,” French says. “It’s going to happen by chance, but for people who don’t think in terms of probability theory, it provides further proof.”

The other is perhaps more intrinsic and linked to the physiological response which all of us experience in some way, when witnessing an event as dramatic as a solar eclipse.

“When you see an eclipse, your body actually responds to it,” Holbrook says. “There’s a hardwired reaction. Your heart rate increases, there’s a change in body temperature, breathing, pupil dilation, perspiration. There’s a school of thought that this happens because we’re born with an inherent physical understanding of the world, and when you see something which looks like a physical impossibility, and a solar eclipse looks like a hole in the sky, it startles the brain which provokes this response. All of our bodies respond in the same way, but the way this reaction is perceived and interpreted depends on culture.”

The majority of us may no longer gaze at the sky and think fearfully of the wrath of demons, but when the Sun disappears and blackness transcends across America this summer, it will be easy to see why such events have provoked awe and terror in equal magnitude since the dawn of mankind.

future
1What we'd do to stop a killer asteroid
Science & Environment
2Apocalypse when? A Doomsday guide
Around the BBC