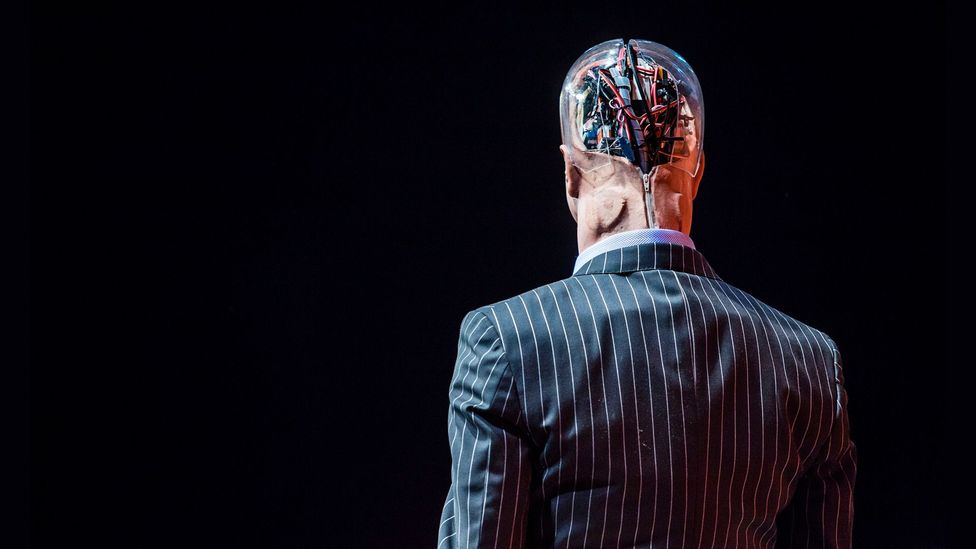 By Richard Gray 15th September 2017
Tech news often paints artificial intelligence as evil, job-stealing, spying robots. But many of the 21st Century’s problems could be solved by machines.

For some, the spread of artificial intelligence and robotics poses a threat to our privacy, our jobs – even our safety, as more and more tasks are handed over to silicon-based brains.

But even the most vocal critics highlight the potential good that AI and automated systems could do for humanity. As part of BBC Future Now’s Grand Challenges, a panel of experts recently described how they saw our world changing as the machines we use grow smarter.

Now, in our Grand Ideas series, BBC Future Now has sought out projects where advanced AI and automation is already beginning to tackle some of the world’s knottiest, and dangerous, problems, from illnesses to violence.

“We should view AI not as something competing with us, but as something that can amplify our own capabilities,” says Takeo Kanade, a professor of robotics at Carnegie Mellon University. This is because AI has a tolerance for tedium, plus an ability to spot patterns – an ability that’s far beyond anything humans are capable of.

And it might what will help keep us safe in the 21st Century.

For billions of people around the world, the buzz of a mosquito past their ear can mean far more than an irritating bite – it can be a harbinger of disease and even death. One species in particular – Aedes aegypti – has spread from Africa into almost all tropical and subtropical regions, carrying Dengue fever, yellow fever, Zika and chikungunya(a virus that causes crippling joint pains) with it. Dengue alone infects an estimated 390 million people every year in 128 countries.

“This mosquito is a tiny demon,” says Rainier Mallol, a computer engineer from the Dominican Republic, a Zika hotspot. Together with Dhesi Raja, a medical doctor from Malaysia (another at-risk country for the virus), the pair have created AI algorithms that predict where outbreaks are most likely to happen. 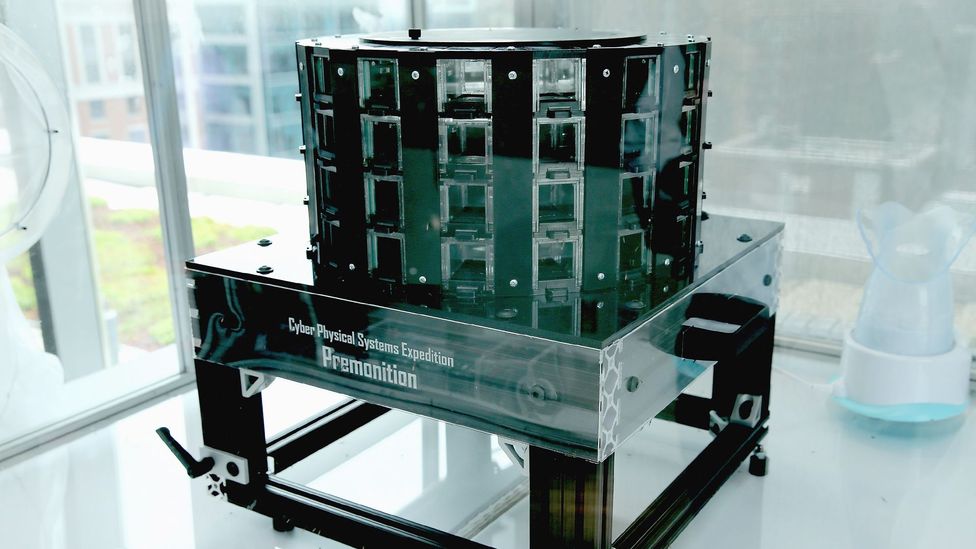 Microsoft's Project Premonition uses drones to sniff out drones in hotspots for the Zika virus - then captures them to search for pathogens (Credit: Microsoft)

Their Artificial Intelligence in Medical Epidemiology (Aime) is a system that combines the time and location of each new dengue casefrom reports filed by local hospitals with 274 other variable factors - such as wind direction, humidity, temperature, population density, housing type. “These are all factors that determine how the mosquito will spread,” explains Mallol.

Trials in Malaysia and Brazil have so far shown it can predict outbreaks with an accuracy of around 88% up to three months in advance. The system can also help to pinpoint the epicentre of an outbreak to within 400 metres, allowing public health officials to intervene early with insecticides and bite protection for locals.

Aime is also being extended to predict Zika and chikungunya outbreaks. And huge tech companies are pursuing their own vision of this grand idea: for example, Microsoft’s Project Premonition uses autonomous drones to locate mosquito hotspots and use robotic carbon dioxide and light traps to collect some of the insects. DNA from the mosquitoes, and the animals they have bitten, can then be analysed using machine learning algorithms - software that learns to recognise patterns from large amounts of data, getting better and better each time - to search for pathogens.

There were 15,000 deaths due to firearms in the US last year, and the country has the highest rate of gun-related violence in the developed world. To address what many see as an unrelenting tide of shootings and gun-related crime, a number of cities are now turning to technology to find a solution. 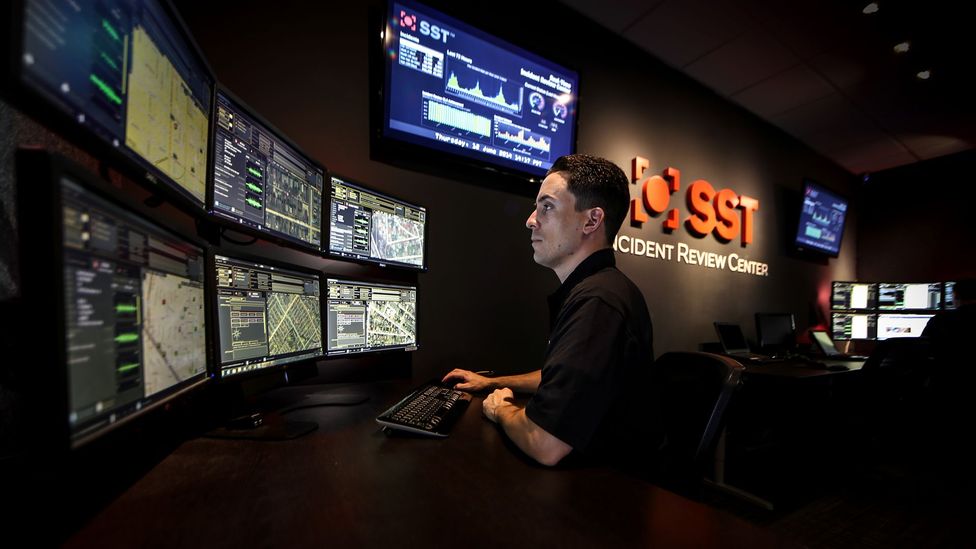 AI can track the sounds of gunshots, helping first responders and law enforcement to stop a mass shooting before it spreads (Credit: ShotSpotter)

An automated system that listens for the sounds of gunfire with arrays of sensors can be used to pinpoint where gunshots came from and alert the authorities within 45 seconds of the trigger being pulled. The ShotSpotter system uses 15 to 20 acoustic sensors per square mile to detect the distinctive “pop” of a gunshot, using the time it takes to reach each sensor to and uses algorithms to reveal the location to within 25 metres.

Machine learning technology is used to confirm the sound is a gunshot and count the number of them, revealing whether police might be dealing with a lone shooter or multiple perpetrators and if they are using automatic weapons.

There are 90 cities - many in the US but some in South Africa and South America - now using ShotSpotter with others in discussions. Smaller systems have also been deployed on nine college campuses in the US in response to recent campus shootings while the US Secret Service has installed it at the White House.

But Ralph Clark, chief executive of ShotSpotter, believes the system could in the future be used for more than simply responding to incidents.

“We are keen to see how our data can inform more predictive policing opportunities,” he says. “Machine learning can combine it with weather, traffic data, property crime data to inform the deployment of police patrols more precisely.”

Keeping famine from the door


Around 800 million people worldwide rely upon cassava roots as their main source of carbohydrate. The starchy vegetable, which is similar to yam, is often eaten much like potatoes, but can also be ground into a flour for making bread and cakes. Its ability to grow where other crops do not has turned it into sixth-most-produced food plant in the world. But the woody shrub is also highly vulnerable to disease and pests, which can devastate entire fields of the vegetable.

Researchers at Makerere University in Kampala, Uganda, have teamed up with plant disease experts to develop an automated system aimed at combating cassava diseases. The Mcrops project allows local farmers to take pictures of their plants using cheap smartphones and uses computer vision that has been trained to spot the signs of the four main diseases that are responsible for ravaging cassava crops.

“Some of these diseases are really hard to recognise and require different action,” explains Ernest Mwebaze, a computer technology researcher leading the project. “We are giving the farmers an expert in their pocket so they know if they need to spray their crops or rip them up and plant something else.”

The system can now diagnose cassava diseases with 88% accuracy. Normally farmers have to call the government-employed experts to visit their farms to identify diseases, which can take days and even weeks, allowing pests and blights to spread.

MCrops also uses the uploaded images to look for patterns in disease outbreaks, something that could allow officials to halt epidemics that can lead to famine. Mwebaze and his colleagues are hoping to use technology to also look at banana diseases and to automate the detection of other crop pests. 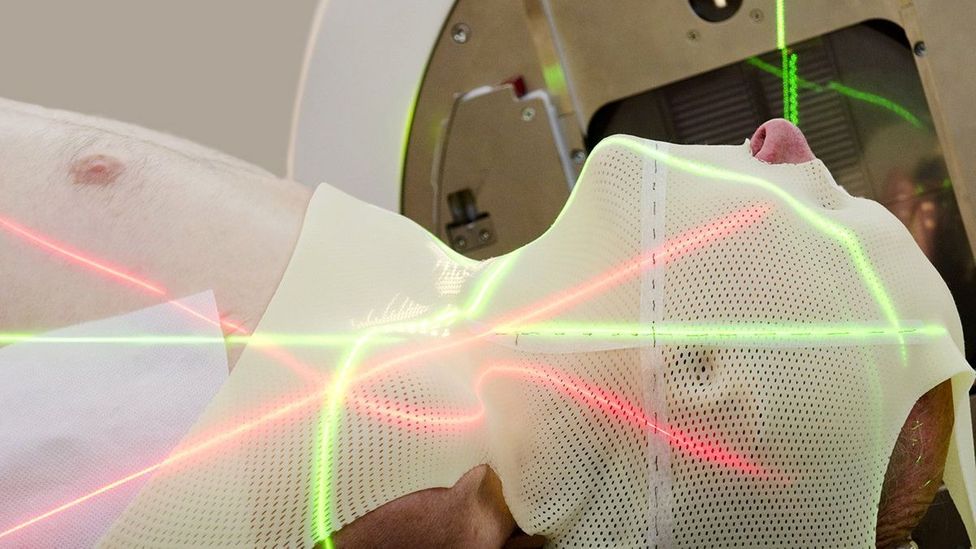 Cancer causes more than 8.8 million deaths worldwide and 14 million people are diagnosed with some form of cancer every year. Yet catching cancers as early as possible can greatly improve a patient’s chances of survival and reduce the risk of the disease recurring. Screening is one of the key ways to spot cancers early, but trawling through scans and other test results is laborious.

But both DeepMind, owned by Google’s parent company Alphabet, and IBM have been applying their AI technology to this problem. DeepMind has teamed up with UK National Health Service doctors at University College London Hospitals to train its AI help plan treatments for cancer by identifying areas of healthy tissue from tumours in head and neck scans. It is also working with Moorfields Eye Hospital in London to identify the early signs of sight loss in eye scans.

“Our algorithms are able to interpret visual information in the scans,” says Dominic King, clinical lead at DeepMind Health. “The system learns how to identify potential issues and how to recommend the right course of action to a clinician. It’s too soon for us to comment on the results yet but the early signs are very encouraging.”

King says AI technology can help doctors identify cases faster by sifting through scan images and prioritising those that clinicians should look at most urgently.

IBM also recently announced its Watson AI can analyse images and assess patient notes to accurately identify tumours in up to 96% of cases. The system is being trialed by doctors at 55 hospitals around the world to help diagnose breast, lung, colorectal, cervical, ovarian, gastric and prostate cancers.

Keeping the lights switched on

As fresh debate rages as to whether climate change may have caused two back-to-back catastrophic hurricanes of historic proportions in the US, how can AI maximise our use of clean, renewable energy to prevent further damage that has questionable effects on our climate patterns? 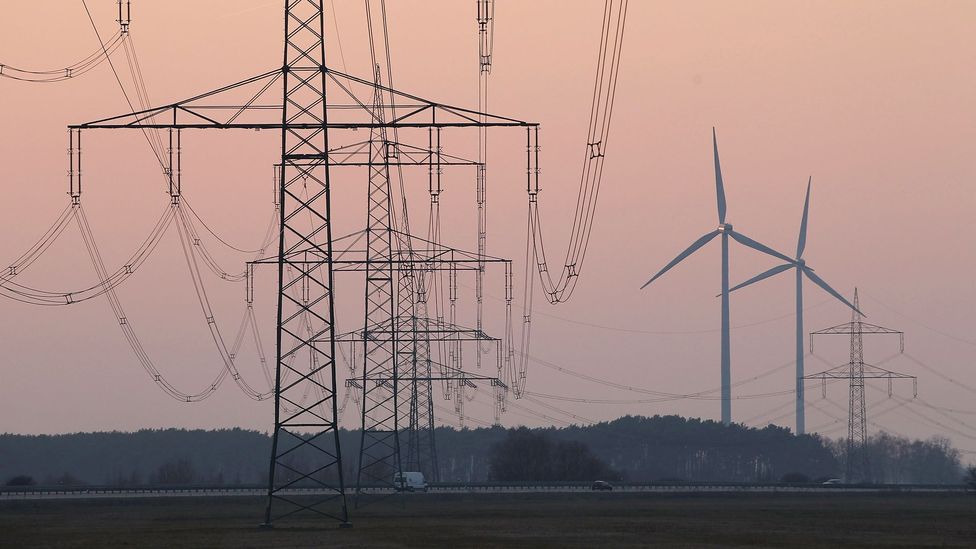 AI can monitor energy demand and production in real time - which can help us use energy more judiciously, curb pollution and decrease climate-harming emissions (Credit: Getty)

People around the world are increasingly reliant upon renewables to combat climate change and the pollution caused by fossil fuels, and the task of balancing power supplies with such intermittent sources is getting harder. The spread of smart meters – digital energy monitors that automatically record usage – is also providing more data than ever about how and when consumers use energy. The EU alone plans to have 500 million smart metres in homes by 2020.

“Managing all these assets is impossible to do for a human controller, especially as response times required are often in the order of a few seconds,” says Valentin Robu, an assistant professor of smart systems at Heriot Watt University in Edinburgh. He has been working with UK-based start-up Upside Energy to develop new ways of managing electricity grids.

They are building machine learning algorithms to monitor energy production and demand in real time. What does this mean? That energy can be stored during quiet times and then released at busy times, like first thing in the morning when everyone makes their morning coffee. As electric cars and battery units in people’s homes become more common, the technology can use these to store energy and smooth out the bumps in renewable electricity supply.

Robu also says AI could be used at an even more basic level by helping to reduce the demand that our devices put on the grid. For example, refrigerators could be controlled remotely by AI so they enter chill cycles only at times when demand on the grid is low.