Nearly 20% of the world’s population has no electricity. Rachel Nuwer tells the story of a group of London graduates who, apparently against the odds, have helped thousands of people in Africa access energy from the Sun. Could their idea teach power providers in the West a thing or two?

Fidel Mberabagabo lives down a dirt path in a modest, hand-built mud and concrete home surrounded on either side by hazy, gently cresting green hills. Like most people in this part of Rwanda’s rural Rwamagana district, he is a farmer. Also like them, finances are strained; he never knows just how much he will make in a given month. But Mberabagabo’s life does now differ from that of many of his neighbours in one important way: he has electricity.

In the developed world, people take for granted that light bulbs will turn on with the flick of a switch; that they can access unlimited power to charge copious devices; and that their well-stocked fridges and artificially cooled and heated homes will maintain just the right temperature.

But as anyone who has weathered the aftermath of a hurricane or found themselves in the midst of a major blackout will attest, if these precious amenities are taken away, life largely comes to a halt.

Yet for all our dependency on power, some 1.2 billion people around the world – 16% of the global population – do not have access to it at all.

Back in Rwanda, for example, less than 20% of the population live in homes that enjoy electricity – a fact that stymies development and reinforces poverty. It’s a huge problem that defines many of the problems we face in the 21st Century.

To some, however, such statistics ring not of hopelessness, but of opportunity. 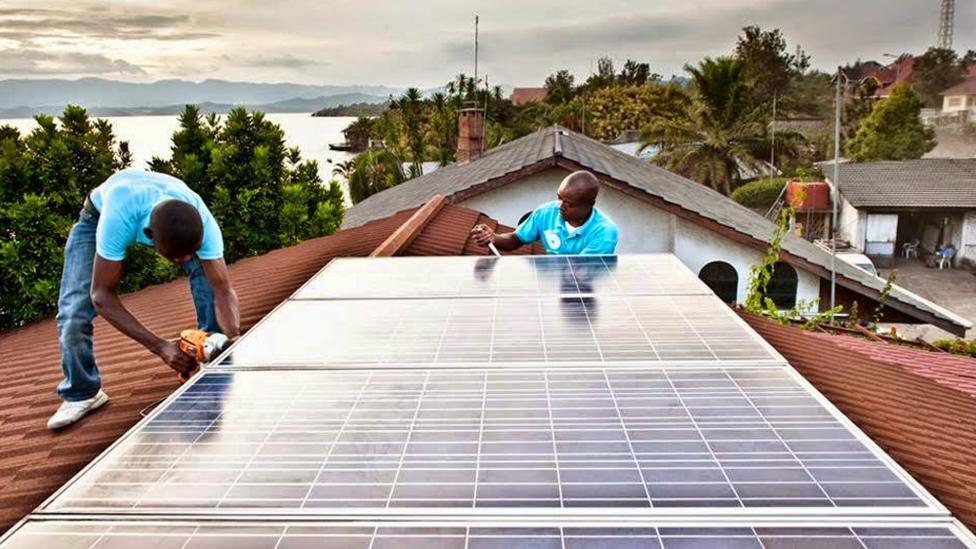 BBOXX technicians installing a large system in Goma, on the shores of Rwanda's Lake Kivu, where the electricity is unreliable (Credit: BBOXX)

“This is such an untapped market,” says Laurent Van Houcke, chief operations officer of BBOXX, a London-based company that brings off-grid energy to the developing world. “There are massive opportunities for entrepreneurship, as well as great possibilities for impacting lives.”

For Van Houcke and his colleagues, rural residents like Mberabagabo who lack electricity are not charity cases, but bona fide customers.

Their solution: a for-profit company that manufactures, installs and affordably loans out sturdy, hyper-efficient solar-powered chargers. In just four years, they have brought power to around 130,000 homes and businesses in 35 countries – by 2020, they're aiming for more than a million.

It all began at Imperial College London. While others focused on buffing up CVs for future careers in banking or the consultancy sector, electrical engineering students Van Houcke and his two BBOXX co-founders, Christopher Baker-Brian and Mansoor Hamayun, decided to found Equinox: a charity devoted to electrifying a few communities in Rwanda.

In summer 2009, when they flew into Kigali, Rwanda’s friendly, laid-back capital, they could clearly see the challenge the country faced. The hilly city’s numerous lookout points afforded sweeping views of attractive buildings painted in shades of cream and yellow, interspersed with parks and a few high rises. But after sundown, a previously invisible divider revealed itself: the light abruptly stopped outside of the capital’s tight core.

How would Rwanda ever realise its goal of becoming “the Singapore of Africa” if so many of its citizens still lacked access to electricity? 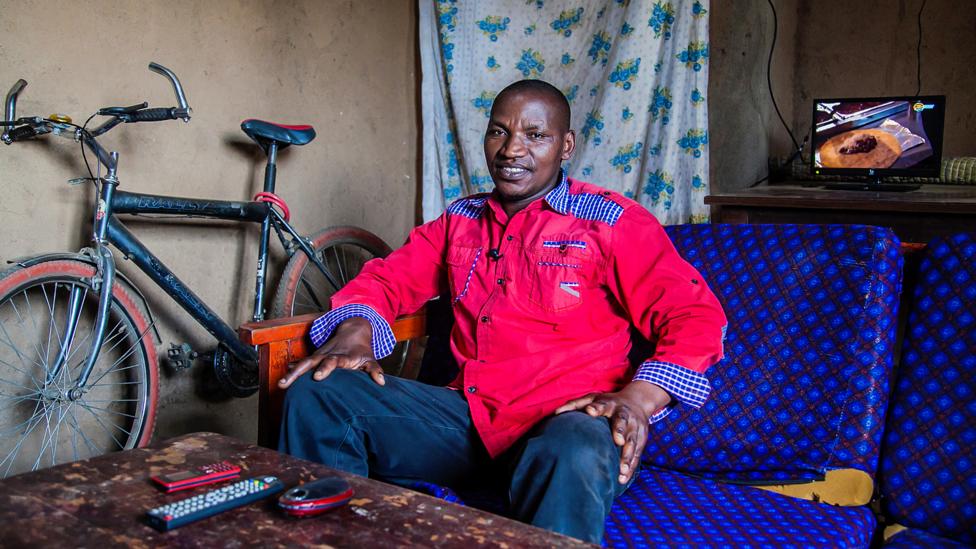 Being off the grid "was a big challenge as we couldn’t bring light into our homes or charge our mobile phones," says Bimenyimana Philippe (Credit: BBOXX)

Rather than stay in Kigali, they spent the majority of their time living and working in a rural Rwandan community of around 200 households. As they explored various ways to get power to their new neighbours, they realised that the grid will never supply those in Rwanda and beyond who currently lack electricity: such communities are dispersed over immense areas, and are too poor to afford such extensive infrastructure.

That’s when they arrived at a grand idea: they concluded that Africa will largely bypass the grid and leapfrog over Europe and North America straight into solar – just as it did in skipping landlines, a rarity in rural Africa, in favour of cell phones.

Encouragingly, their field investigations also revealed that many Africans in these communities were completely open to the idea of paying for solar energy.

“If you go to a customer and tell them, ‘You’re spending $5-$20 per month on kerosene and batteries, but for the same amount, you can have electricity’ – well, it’s a pretty easy sell,” says Hamayun, BBOXX’s chief executive officer. “Governments and development agencies also understand that solar is the long-term solution for those customers.”

This encouraged them to revamp their charity into a for-profit venture.

“Ultimately, our motivation was to scale the business, which meant making money and charging customers rather than seeing them as beneficiaries,” says Baker-Brian, BBOXX’s chief technology officer. 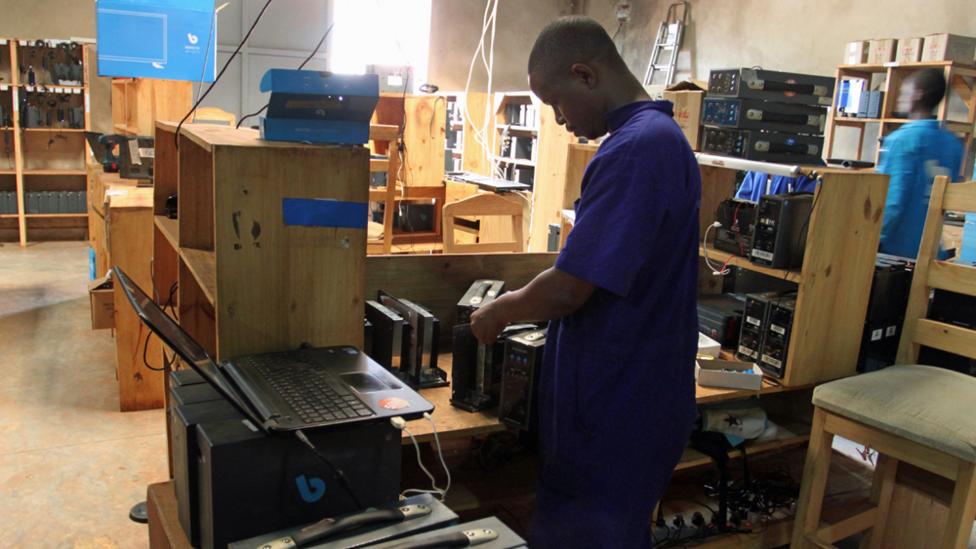 So why become a money-making business? It meant investing in the long term: freebie projects and charity-organised giveaways often fail to make a lasting impact because they tend to be one-offs, he says, and their dependency on donor funds likewise constrains their scope.

The company would need to raise investor funding to enable them to build a team and get the technology up to par. Yet despite their discoveries on the ground, nearly everyone they approached, as Hamayun puts it, “thought what we’re doing was really risky and not scalable, because it’s Africa.”

The first round of funding proved exceptionally difficult to raise, he continues, because there was no real precedent for doing technology business in Africa. “These are customers who have been underserved in every possible way,” he says.

They eventually found an initial investor, Khosla Impact, that believed in the idea. Meanwhile, three other similar off-grid solar companies also emerged around the same time that BBOXX launched.

Indeed, pay-as-you-go solar is an increasingly popular solution for bringing electricity to those in Africa who have never had it before.

Efforts have so far concentrated on East Africa, but it’s no doubt a matter of time before more companies join the roster and existing ones expand. According to a recent World Bank Group report, energy storage in emerging markets worldwide are expected to grow 40% each year over the next decade. 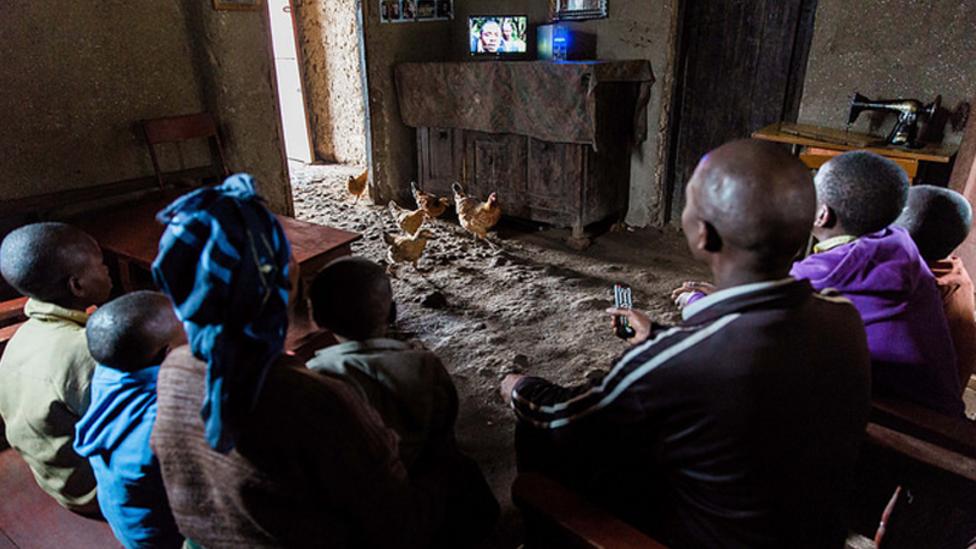 The technology itself, it turned out, was the simplest part of getting such operations up and running. In BBOXX’s case, solar energy gathered from a panel on the roof is stored overnight, while remote connectivity over 2G cell networks allows for geolocation and performance data to be sent back to headquarters. Algorithms monitor the units’ health and allow the team to proactively replace fading batteries (usually, after about three years).

As for payments, the team realised early on that rural customers would never be able to afford to buy a BBOXX unit outright. So they opted instead for pay-as-you-go monthly installment plans. “That removes the massive upfront barrier that’s often the case for solar systems in the developing world,” Baker-Brian says.

Customers can also buy accessories that BBOXX designed to minimise energy use, including shavers, smartphones and a 24-inch television that consumes 11 watts of power compared to an equivalent Western model’s 24 watts.

Finally, people can pay with mobile phone money transfers. “We don’t take any cash,” Baker-Brian says. “We’re 100% mobile money” – a decision that capitalises on a preference for cash-free payments that’s popping up across Africa.

Five months ago, when BBOXX established an office in Rwamagana, the district where Mberabagabo lives, he was one of the first to sign up. The technology, he says, “has changed my life.”

His family’s four lights have increased their sense of security against would-be trespassers, and he also appreciates that he no longer has to burn candles and lamps that emit smoke, which he knows is bad for his children’s health. A father of five, the lights mean that Mberabagabo’s older kids can read and study into the night, and go to bed later. “Now, there’s plenty of time to do whatever we need to do,” he says.

13-year-old Claude, his eldest child, says he “loves” the television that his family rents along with the box itself – their first TV. For optimal viewing, Mberabagabo set it up in a sort of home cinema room, windowless, cool and completely barren save for the TV and the benches located opposite for watching. Though transfixed by a Brazilian football match on a recent afternoon, Claude – who would like to be a teacher when he grows up – insists that the news is his favourite programme. Shy and polite, he stands by this unexpected answer, even when a foreign journalist asks him if he’s sure sports and cartoons aren’t his favourites.

“Now I’m able to know who is who in the government,” he explains. “I can ask better questions at school.” 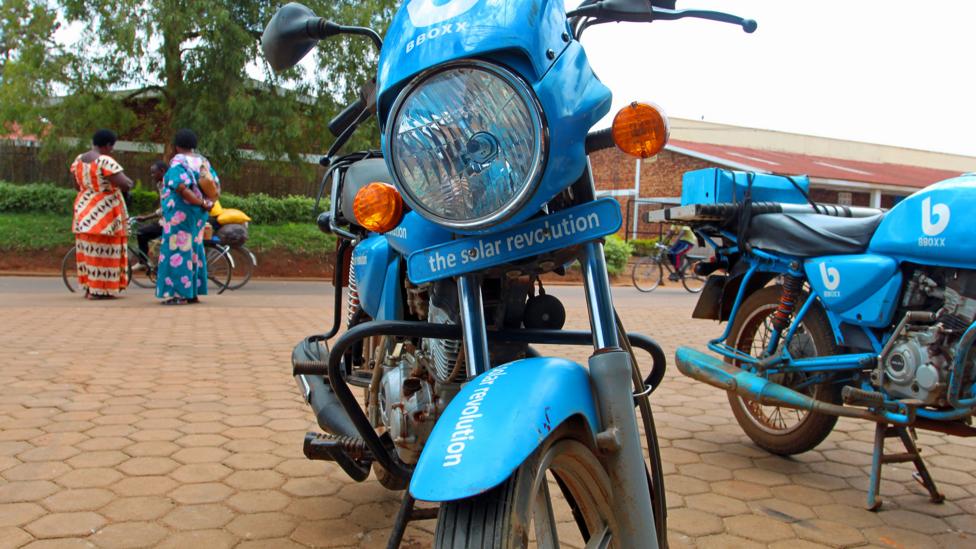 BBOXX is one of many companies in Africa looking to convince people that electricity is something worth paying for (Credit: Rachel Nuwer) 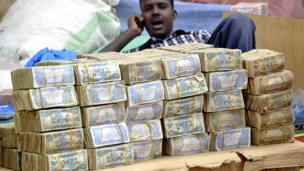 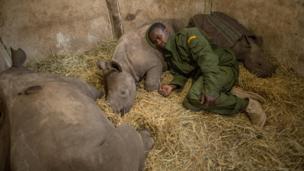 A new way to save Africa’s big beasts? 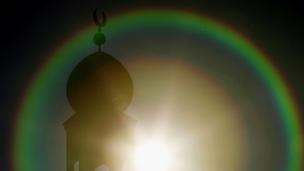 The solar source where people pray
Around The BBC