Estonia, the Baltic nation of 1.3m, has been pursuing a grand idea since 1997: putting their entire government online. But is the idea a grand one, or a complicated one?

We’ve all been there: standing in an interminable queue in a stark government building, staring into space, waiting for what seems like endless hours to fill out reams of forms at the tax office or department of motor vehicles.

How do you kill time during such a boring wait, only to do more boring tasks in a boring place? Most likely, it means scrolling through your phone, checking email, Instagramming, even tweeting about how you’re bored.

So why can’t we just fill out all those forms (or run similarly bureaucratic errands) on that same smartphone? Why, in 2017, the year of cashless payments and fingerprint-locked gadgets and handheld video-chatting, can we not do all of our government-related tasks online, in one place and in one fell swoop?

In a certain Baltic country, you can: Estonia, the small nation of 1.3m nestled in the nooks of northeastern Europe. 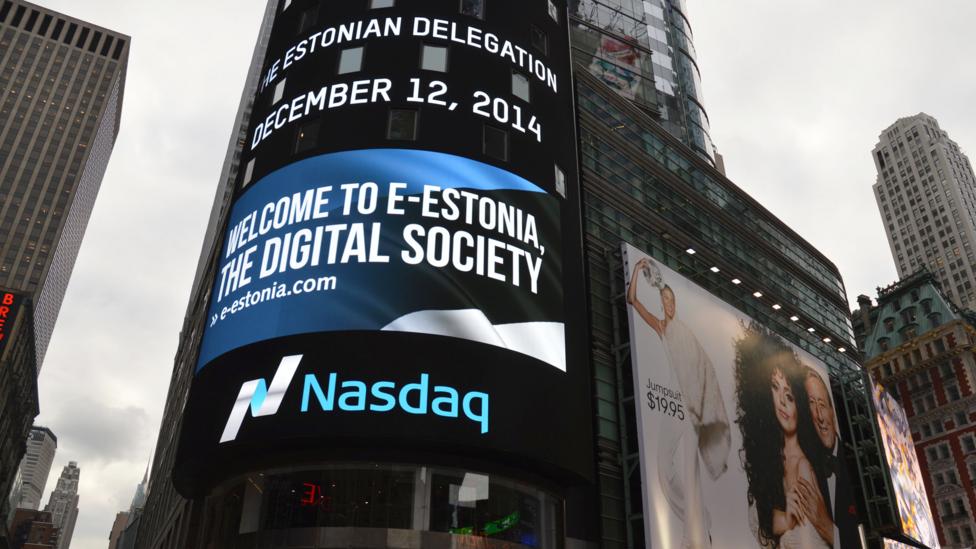 Many countries have looked to Estonia's example for digitising government services, from Japan to Finland and beyond (Credit: e-Residency)

The same country that gave birth to Skype has been pursuing a 100% digitised society with laser focus since the ‘90s. Experts far and away agree that the country’s online government initiative – an effort called e-Estonia – is the world paragon for how a government can successfully and conveniently move the bulk of its services to a single online platform.

The e-Estonia website says the programme is “the evolution of the e-state”. Launched in 1997, it’s let citizens file taxes online since 2000 (95% of Estonians file taxes online), and allows Estonians to obtain medical prescriptions and test results, sign documents, even vote and allow foreigners to become e-residents, all online.

“Today, the information is stored inside the country,” says Anna Piperal, a spokesperson for e-Estonia. “But we are working on a governmental cloud that will be backed up in Estonian embassies around the world.”

e-Estonia pumps out technical roles to support the system

And they’re not alone. Finland, Japan and Cyprus have all taken cues from Estonia, either working with Estonian companies to build e-tax platforms in their own countries, for example, or borrowing the Estonian ID card system, which assigns each citizen a catch-all ID that can be used for purposes ranging from social security to voting to disaster response.

“The country has made more progress than any other,” says Darrell West, vice president and director of governance studies at the Brookings Institute think tank in Washington DC.

An e-government programme packs a double punch in that it functions as a creator for tech jobs. Piperal says that e-Estonia pumps out technical roles to support the system, “just like any new industry.

A number of experts on governance and the internet have shining things to say about e-Estonia, and credited the programme with being a trailblazer of its kind.

“It’s a very interesting example – a very early example,” says Helen Margetts, professor of society and the internet at the University of Oxford and the director of Oxford Internet Institute.

Margetts says that “after the Soviet era, [Estonia] ditched legacy systems and started from scratch – they decided to be paperless. They just went for a neat solution which comes nearer than any other government.” (Estonia regained independence from the Soviet Union in 1991.)

But we live in a world of constant headlines of data breaches, hacked Facebook profiles, stolen credit card numbers, swiped passwords, lifted savings accounts. Why should people trust all of their info being housed in a single, centralised (and potentially hackable, critics say) online platform? 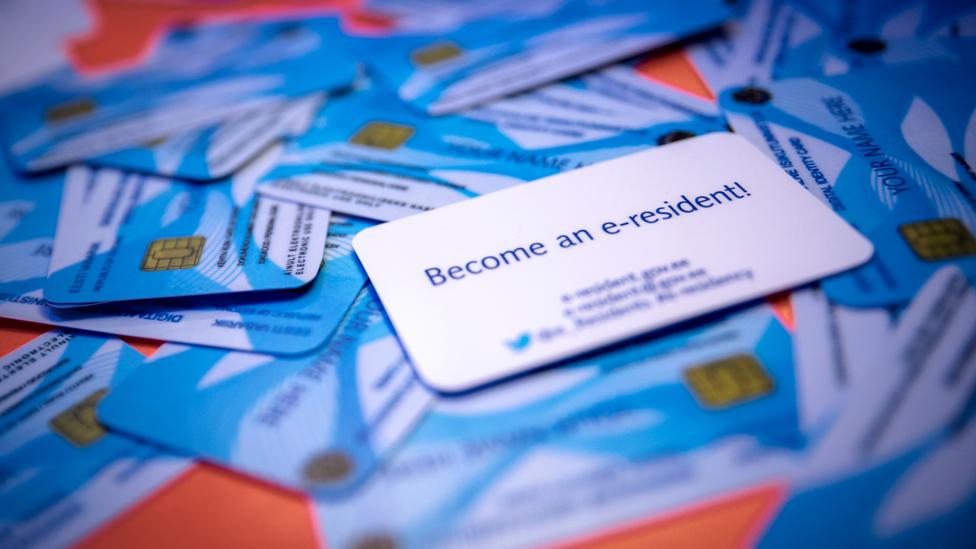 Estonia says it's the first country in the world to offer "e-residency" - granting anyone in the world a digital government ID and access to online services (Credit: e-Residency)

In 2014, researchers at the University of Michigan conducted a study that identified “major risks in the security of Estonia’s internet voting system” and recommended “its immediate withdrawal”. But e-Estonia says that the voting system has security in place to safeguard the integrity of votes, such as those state-issued ID cards assigned to each citizen that allows them to use the online services like online banking or electronic voting.

And it says its blockchain technology strives to ensure “that no-one – not hackers, not system administrators, and not even government itself – can manipulate the data and get away with that.”

“Cybersecurity is a real risk when you have everything on a single platform,” says West. He points to 2007, an infamous crisis in which Russia waged what’s considered the first cyberwar on Estonia. Banks had their servers knocked out and cash machines were rendered unusable. As Estonian newspapers struggled to keep up with the chaos, “journalists were suddenly unable to upload articles to be printed in time”, reported the BBC’s Damien McGuinness earlier this year.

West called the 2007 Russian cyberattack “the equivalent of bombing physical infrastructure and making it inaccessible to people”.

West also says that most governments have not embraced online voting due to cybersecurity concerns – despite increasing concern that Russia may have influenced elections in a number of countries. 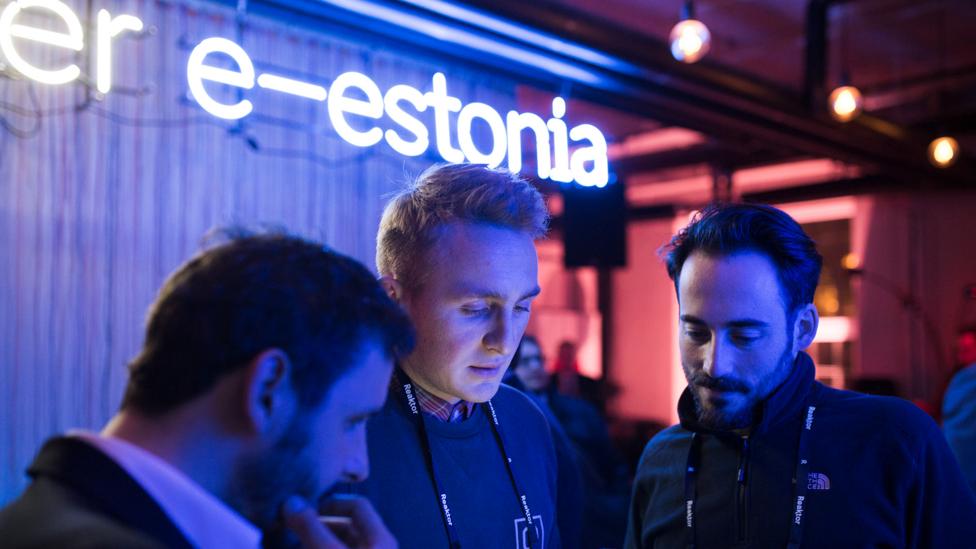 Still, e-Estonia’s Piperal points out that Estonia’s voting system has never been hacked or compromised, and that in an age of machine-based elections being hacked (such as recently in the US), it may be better to have one piece of software rather than millions of machines that were hacked in the end. Besides, you can cripple a government’s elections in a lot of different ways, West points out: fake news, disinformation campaigns, deceptive advertising, social media attacks.

But even if the benefits of an e-government outweigh the risks, could Estonia’s model even be replicated elsewhere, necessarily? How has Estonia been able to do it?

Experts say that it’s simply been a priority there – Estonia viewed an e-government as an important goal and they got it done. But it’s a concept that doesn’t always scale. Estonia’s a relatively small country with a population of just over 1.3m and a size that matches that of Belgium or West Virginia. (Still, Margetts points out: “Facebook has two billion users, and they seem to manage.”)

Could Estonia’s model even be replicated elsewhere?

Plus, comparing Estonia to larger Western countries like the UK or the US is an apples-to-oranges exercise. The British and American governments, for instance, are much more complex and byzantine compared to Estonia’s, with myriad departments and laws that may change depending on where in the country you are.

Never mind the fact that, the bigger the country, the tougher it is to erect a one-stop-shop digital society like Estonia’s. In a big country, you might have lots of people speaking lots of languages, which complicates things – it’s easier to streamline services when you have a place that’s small and homogenous.

Think of the IRS in the US or HMRC in the UK. “These are really huge organisations and they don’t want a small unit in the centre telling them what to do. That’s a problem in a very big government when you’ve got lots of legacy systems lying around,” Margetts says.

But if it can be pulled off, an e-government beats spending hours in a windowless government office and being barked at by an overworked desk employee. There’s a huge convenience factor for citizens.

And even amid an increasingly complex world filled with cyber wars and international espionage, the unrelenting digitisation of our day-to-day lives doesn’t seem to be stopping anytime soon.

It’s the future, and experts say that there’s no reason to think that running a government won’t inevitably be yet another task that fully ends up on the internet, too. That’s why it could be one of the biggest ideas of the 21st Century.