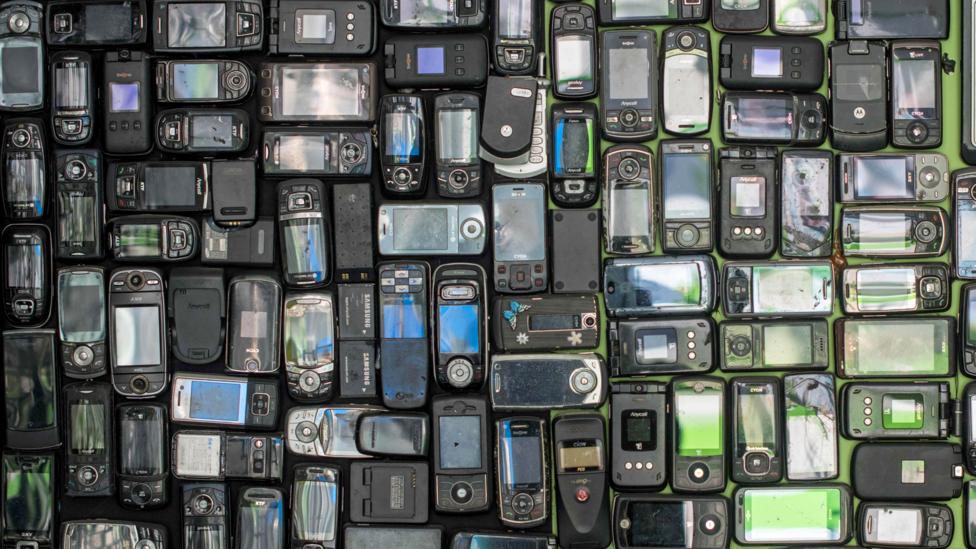 By Sophia Smith Galer 24th October 2017
Our devices are made of rare minerals – but they come at a cost to the planet. However, scientists might have a solution to build the smartphones of the near-future.
A

A team of researchers at Cambridge may have found a safer way to extract rare earth elements (REEs) – the vital material in our smartphones – that could end up saving the planet.

When you think about where your smartphone comes from, the first thing that comes to mind is normally the shop that you bought it from, the stranger who sold it to you online, or maybe even the lovingly wrapped present you received from a doting relative last year.

But in tech terms, that’s the equivalent of thinking that you came into the world because a stork flew to your parents’ house and delivered you straight to their door. The reality is a lot more complicated.

The truth is that the fundamental material your smartphone is made of probably came from one mine in China. The Bayan Obo mine produces more than 95% of the world’s rare earth elements; the uniquely multivalent metals that make your phone ‘smart’. Lanthanum, for example, gives smartphone screens their smoothness and colour pop; neodymium’s super-high magnetism puts microphones, speakers and vibration units all in the palm of our hands. But to have such a luxury has come at a heavy environmental cost. 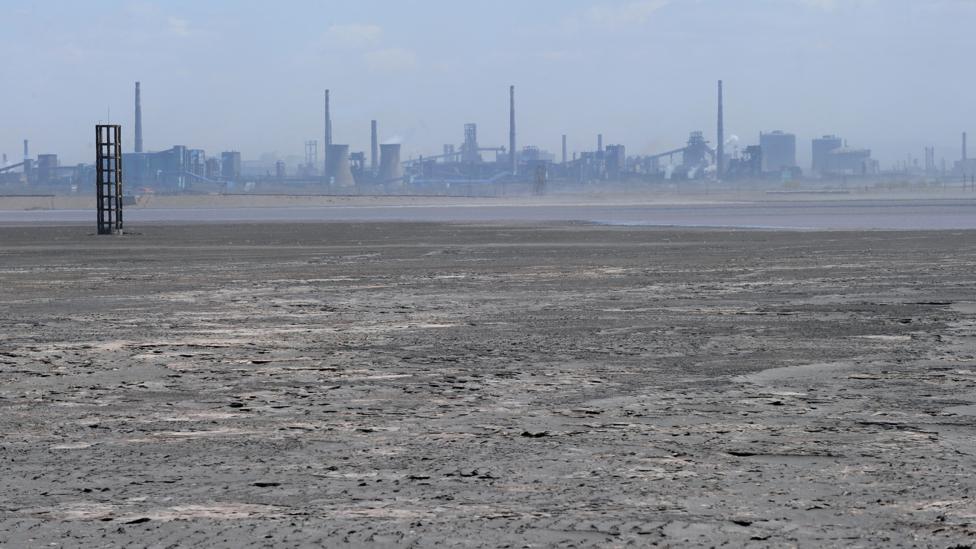 Environmentalists have criticised rare earths mining for spewing toxic chemicals and radioactive thorium and uranium into the air, water and soil, like in China (Credit: Getty)

The reason that they’re called ‘rare’ isn’t down to their scarcity, but rather the difficulty in extracting them. Complex chemical and steam conditions are needed to mine them from ore, poisoning the nearby environment in the process.

As BBC Future covered two years ago, China’s dominance in this market is less about geology “and far more about the country’s willingness to take an environmental hit that other nations shy away from.” It’s a concern prompting governments to ask: is there a more eco-friendly way to satiate the world’s tech lust?

Teal Riley thinks so. He’s part of a team of geologists from Cambridge University and the British Antarctic Survey (BAS) which is investigating ways to find rare earth element deposits outside of China. “The projected demand for REEs is only set to increase and we do need to identify new reserves,” Riley says. 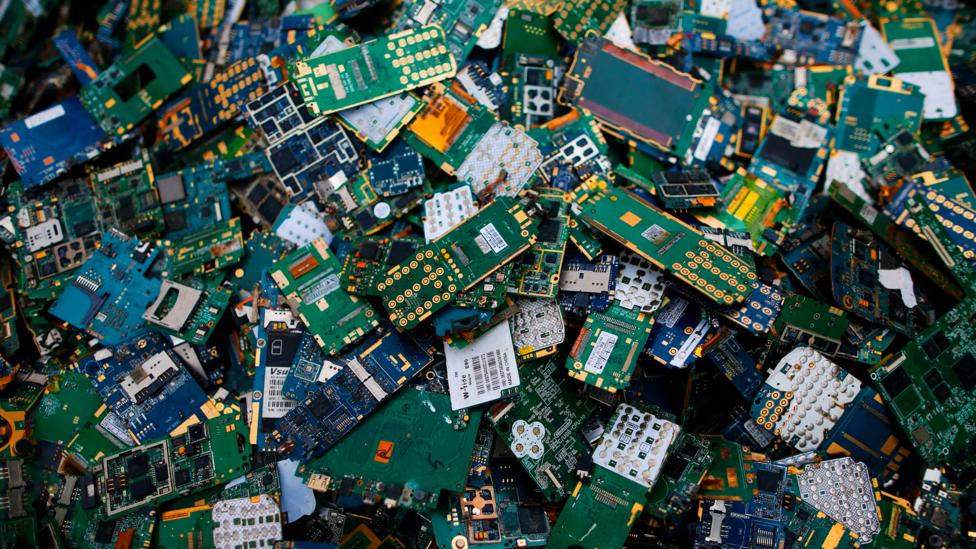 These discarded electrical components were extracted of their rare and precious metals in a plant in France (Credit: Getty)

However, despite the fact that REEs were generated long ago when the Earth’s mantle melted, the team’s search for new areas of interest isn’t earthbound at all. They’ve discovered a new way to scour the planet’s surface and fingerprint rare earth elements – by sending unmanned aerial vehicles (UAVs) and satellites into the sky.

Rare earth elements don’t occur in isolation – they’re constituent parts of other rocks and minerals – meaning that detecting them involves spotting giveaway signs called ‘spectral signatures’ that the team have now managed to isolate and identify. Remote sensors attached to light aircraft or earth imaging satellites can pinpoint the spectral signatures and find whole new deposits of rare earth elements all over the planet.

“The biggest change is that we’ll be able to locate REEs locked away in soil and clay”, says Riley, “which are currently much harder to identify compared to ore-type deposits. They’re also far easier to extract and process once they’ve been located, and therefore less toxic to the environment.” 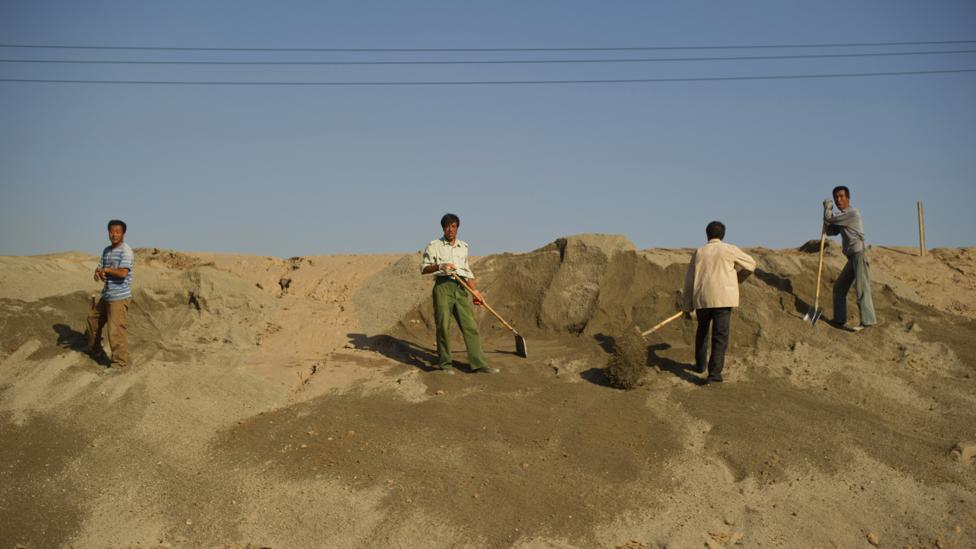 China produces more than 95% of the world's rare metals, 17 elements crucial for making a range of hi-tech products - and the processing factories emit pollution (Credit: Getty)

Extracting REEs from ore – as companies do in China – involves poisonous and radioactive acid baths, so finding soil and clay deposits to extract from instead is a huge step towards better public and environmental health. The team have already spotted potential in Greenland, western Australia and Madagascar where they’ll be undertaking surveys, but the search for REEs won’t stop there. “One thing we don’t do very well is recycling REEs from redundant technology. As the amounts used in any individual gadget are tiny, it’s considered uneconomic. But maybe this will change.”

Rhys Charles, a Technology Transfer Fellow at Swansea University, agrees that we’re missing a trick with recycling old devices. “A transition from ‘take, make, use [and] dispose’ linear economic practices to a circular economy is essential for continued sustainable economic development,” he says.

Although the global smartphone market is expected to slow considerably over the next few years, our demand for smartphones continues to be gargantuan. Consumers expect their next phone upgrade at the drop of a hat and developing countries like India and Indonesia are emerging markets hungry for smartphone growth. According to Charles, “We must decouple growth in our economies from the consumption of primary resources.”

Ironically, the potential of the Cambridge-BAS remote sensing technology may actually harm the possibility of recycling old devices for REEs in the future. If new mines were prospected and developed, the market value of REEs would inevitably be reduced, giving little incentive for companies in the West to spend more money on recycling. “In this way, progress which enhances the viability of mining over recycling will be detrimental to prospects of developing secondary REEs sources, and consequently to global REE efficiency.”

“Rare earth elements aren’t in short supply, particularly if we start exploiting the sea floor – but that opens a new environmental can of worms.”