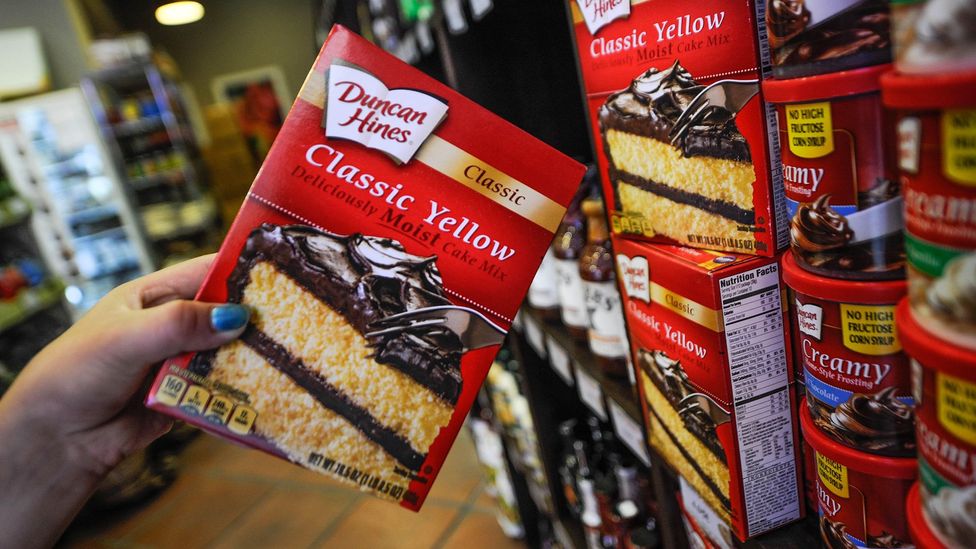 By Veronique Greenwood 10th November 2017
The invention of cake mix nearly foundered – but when manufacturers made a counter-intuitive change to their simple recipe, sales boomed.
T

The boxed cake mix has become a kitchen cupboard standby, relied upon for birthdays, special occasions, and even a lazy-day dessert in many homes.

In 2016, more than 60 million more Americans used mixes to make cakes than used cake flour. The homemade cake may be a bit of an endangered species. But cake mix was not an instant hit – as food companies found out when they first came upon the idea.

In the 1920s, fewer and fewer people were baking bread at home, says Laura Shapiro, a historian and author of Something From the Oven: Reinventing Dinner in 1950s America. Flour companies were feeling anxious about the trend, which came in part from the growing availability of commercial bakery goods. Also, surplus molasses was on the minds of the folks at the P Duff and Sons Company.

They hit on a solution in the form of a powdered mix containing 50-50 flour and dried molasses, with dried eggs and a few other ingredients. Just add water, and a home baker could whip up a quick gingerbread. The first mix, sold in a can, not a box, came on the market in 1929, followed by a few other flavours. “The company worked up the idea of spice cakes,” says Shapiro. “They had a little run of cake mixes.”

After World War Two, the idea began to take off. “General Mills, Pillsbury, they start thinking about cake mixes to sell more flour,” says Shapiro. “By the 1950s, these two companies are battling it out.” Hundreds of small companies got into the business as well, though most were either bought by one of the bigger players or went bust. New flavours – fudge cake, white cake – became available. People bought the mixes. At least, some people bought the mixes. The sales numbers gradually plateaued. Most home cooks were still making their cakes from scratch, and the product had reached everyone it was going to reach. 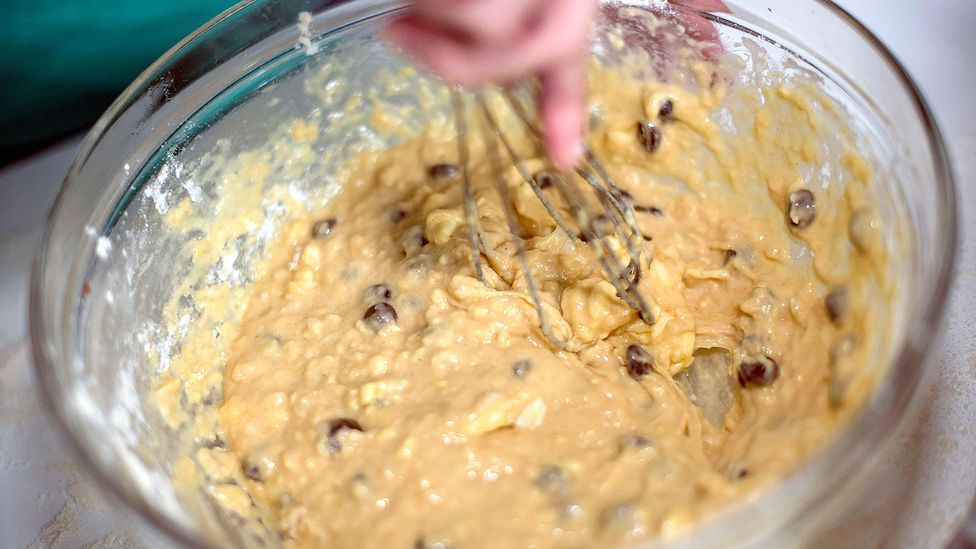 Simply adding water to mix did not make people feel like they were making something (Credit: Alamy)

What had happened? First of all, the bar set for cake mixes was very, very high, says Shapiro. The cake had to be perfect – that was part of the deal with the consumer. Because “the cake is the thing that comes from the heart,” she says, “something you made because you loved someone else.” It was an endeavour, a love poem, an act of faith, and “if you blew it, it was obvious. There are a lot of things you can cover up with mayonnaise. But not a cake.” If a product failed to deliver on the promise of perfection, and many of these new mixes may have, a baker would not be buying it again.

Another, bigger problem was also emotional in nature. And it was hard to see a way around it. “If you made it from a box, it didn't count. Getting it from someone else was cheating. People felt it in a million different ways,” Shapiro says. Even if some people had decided any cake was better than no cake, the persistent sense that something soulless about cake from a box kept many others from embracing it. The flour companies had a product with significant cultural marks against it, and stagnant growth.

The fact was one of the reasons cake mixes didn't taste good was they tasted like dried eggs – Laura Shapiro, food historian

As they tried to work through this, a man named Ernest Dichter came into the picture. He was a psychologist and marketing consultant, now known as one of the founders of modern consumer behaviour studies and a pioneer of focus groups. Dichter told the cake companies the answer was to take the eggs out of the mix and put them back into the hands of the baker. The problem was that the women who were making the cakes didn't feel emotionally invested enough just adding water, he said. Eggs would make it feel more like baking.

In later years, many would portray this as a pivotal moment in the history of cake mixes, the inflection point of a dramatic upward curve.

The truth is, though, that the cake companies already knew about the egg problem. In fact, as early as 1933 Duff had introduced a mix that had bakers add eggs themselves. “The housewife and the purchasing public in general seem to prefer fresh eggs and hence the use of dried or powdered eggs is somewhat of a handicap from a psychological standpoint,” reads the patent application (read more on Duff's cake patents in this lovely Bon Appetit story about cake mix). And actually, the mixes worked better that way. “The fact was one of the reasons cake mixes didn't taste good was they tasted like dried eggs,” says Shapiro. The companies performed surveys and asked women which version they would buy – the results were contradictory – and in the end, they just did as they pleased. General Mills went over to fresh eggs. Pillsbury eventually followed. 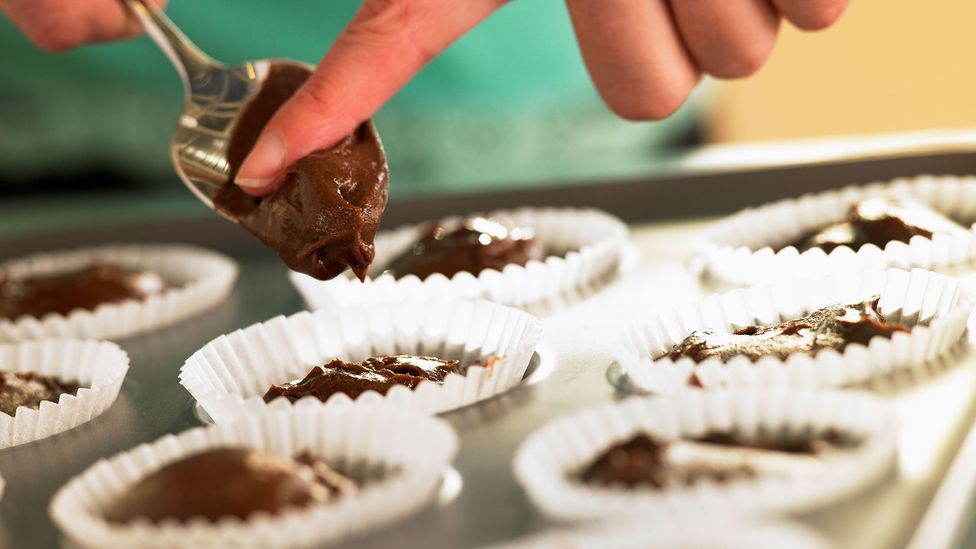 Cake mix may have got off to an unsteady start, but it's become a kitchen staple (Credit: Alamy)

The cake mix did take over after all, to Shapiro's chagrin. A from-scratch baker herself, she recounts meeting a group of home bakers from the American Midwest while she was doing research on Betty Crocker. When she finished her talk and opened the floor to questions, spectators got up and spoke one by one almost reverently about their first encounter with cake mix. “It was like these confessionals,” she recalls, a strange experience in a part of the country known for serious home baking.

But the eggs may only have been part of cake mix's success. “I think it was frosting,” she says. When premade frosting and elaborate decorations came in, turning focus away from the substance of the cake, and onto its exterior, that may have really given the idea legs. We all want to have a way to demonstrate our love, and frosting – as a way turn a simple cake into a castle, a football field, a church – brought that. “And that, I think, is what changed the fate of cake mixes,” she says.