Loading
What If... | Sexual Revolutions
What if women were physically stronger than men?
Share using EmailShare on TwitterShare on FacebookShare on Linkedin 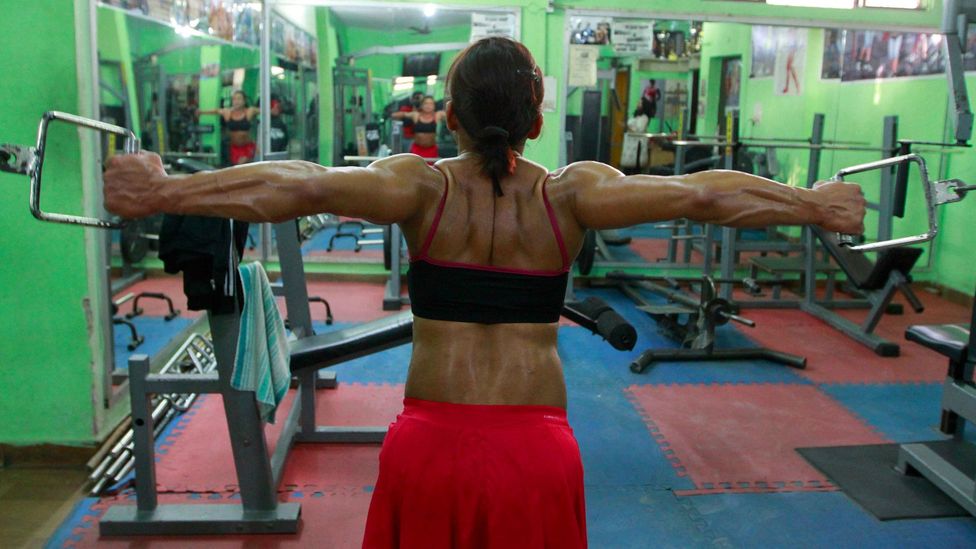 By Rachel Nuwer 30th October 2017
If superior strength was suddenly available to women, how would society change? Rachel Nuwer asks researchers and gender experts for their views about an intriguing thought experiment.
W

When Judith Gardiner’s father died in 1963, her mother, a lawyer, took over the couple’s joint patent law practice. In those days, very few women held such a position, but Gardiner’s mother had ways of asserting her authority. She raised her office desk so her 5ft-tall (150cm) frame would be slightly elevated above male visitors, and she always ensured that business lunch or dinner bills had been paid in advance from her account. “She figured out ways of doing a lot of the simple means of everyday male domination,” says Gardiner, a professor of English, gender and women’s studies at the University of Illinois, Chicago. “She could exert authority and competence in a situation that was not necessarily normal.”

What would have happened, though, if Gardiner’s mother suddenly didn’t have to pretend to be taller? What if the physical dynamics of gender were suddenly reversed – if women inexplicably became larger and stronger than men, without the aid of hundreds of thousands of years of evolution?

It is, of course, an unlikely event – but asking experts to speculate about this thought experiment can highlight how gender dynamics are transforming in other ways in the real world, as well as revealing the things many people take for granted about the relationship between the sexes. 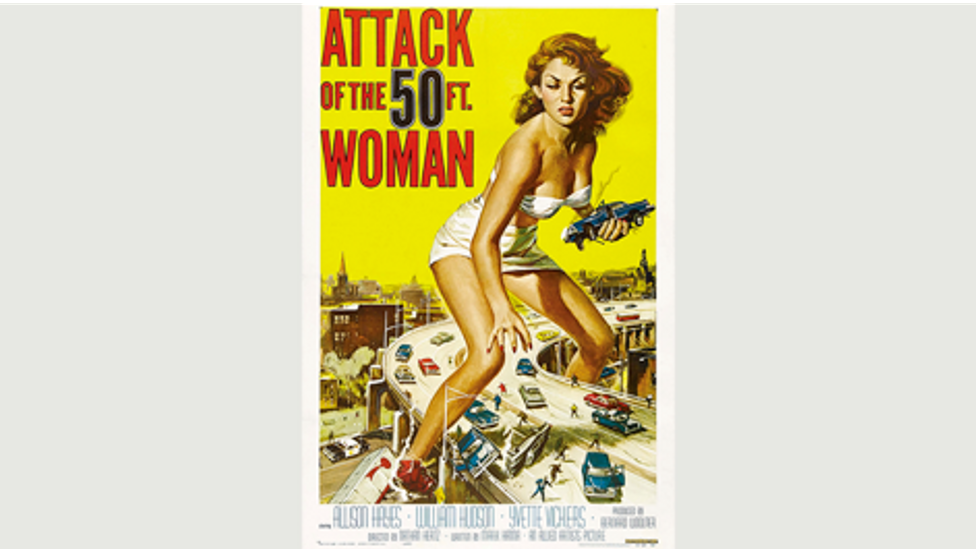 In the natural world, it’s actually the norm that females are larger than males

It’s worth pointing out that, in most species on the planet – from insects to frogs to oysters – it’s actually the norm that females are larger than males, because they are tasked with carrying hundreds or thousands of eggs inside their bodies at once. The majority of terrestrial vertebrates, including humans, are the exception to this rule. Females grow to a certain extent and then switch to reproductive mode, investing in fat production rather than making muscle and bone. Males, meanwhile, put energy into traits that will best allow them to compete for those females – size and strength, in the case of humans.

While physical differences between the genders have been narrowing – women are catching up to men in some athletic endeavours, especially ultra-events – there are still basic differences, evolved over millennia. For one, men remain, on average, larger and stronger than women, possessing 26lbs (10kg) of skeletal muscle, 40% more upper-body strength and 33% more lower body strength.

Should women suddenly become stronger than men, they would have to become larger, because bigger bones are needed to support bigger muscles (let’s assume a Jessica Jones-type situation, in which a petite frame houses superhuman strength, would be biologically impossible). 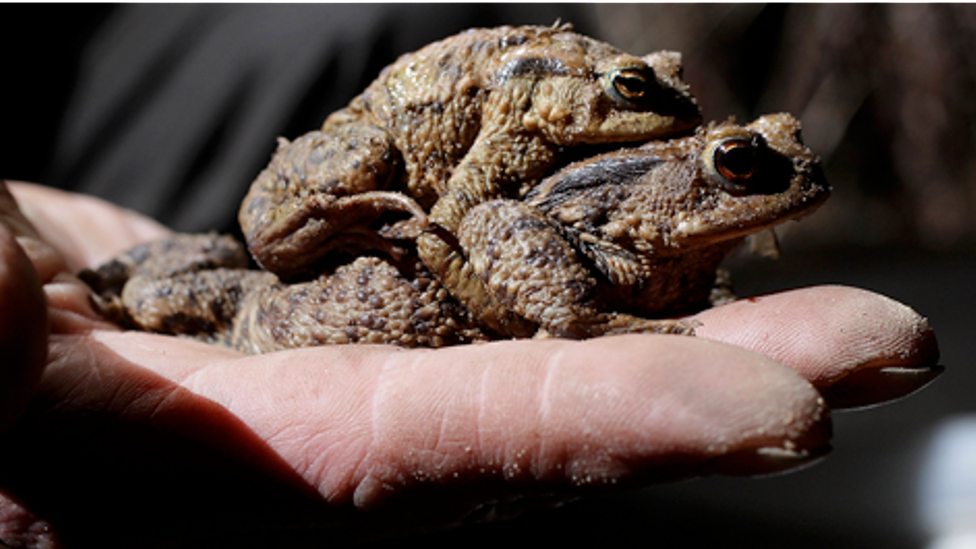 In many animal species the female is larger than the male, like these two toads (Credit: Sean Gallup/Getty Images)

Such changes would also necessarily be accompanied by an uptick in testosterone and other hormones. If society adhered solely to the laws of nature, then this would probably mean a shift from women to men as primary child caregivers. “We’d have a matriarchal society where females are in charge and males look after the kids,” says Daphne Fairbairn, an emeritus professor of biology at the University of California, Riverside. At the same time, she adds, it may become more difficult for women to reproduce: “If this change occurred through an increase in female testosterone, it would have an obvious negative consequence for the development of feminine reproductive functions.”

Stronger, larger men may also favour hierarchies and are prone to competitiveness

Greater strength may also bring psychological ramifications, of the sort that men already experience, regardless of whether they use their muscles on a day-to-day basis. For example, according to a study led by Michael Bang Petersen, a professor of political science at Aarhus University, men with greater upper-body strength were more likely than weaker men to favour political policies that benefit themselves. Strong wealthy men, for instance, tended to oppose redistributing money to those who are worse off. Petersen suggests that these men may still be shaped by ancestral behaviours, in which physically stronger individuals demanded a greater proportion of resources for themselves. Stronger, larger men may also favour hierarchies and are prone to competitiveness, argues Petersen.

We can at least partly thank natural selection for these traits. As Petersen says, “Men are not more violent because they’re stronger, but stronger because they’ve needed to be more violent over evolutionary history, which has shaped male psychology in all sorts of ways.”

While there is an ongoing debate about the extent to which nature versus nurture influences things like dominance and aggressiveness, it's not impossible that suddenly-stronger women would experience at least some enhancement of these traditionally male traits. Additionally, self-entitlement, proneness to anger and bargaining confidence in women tend to be linked to physical attractiveness, so strength may simply replace looks as the impetus behind those personality traits. 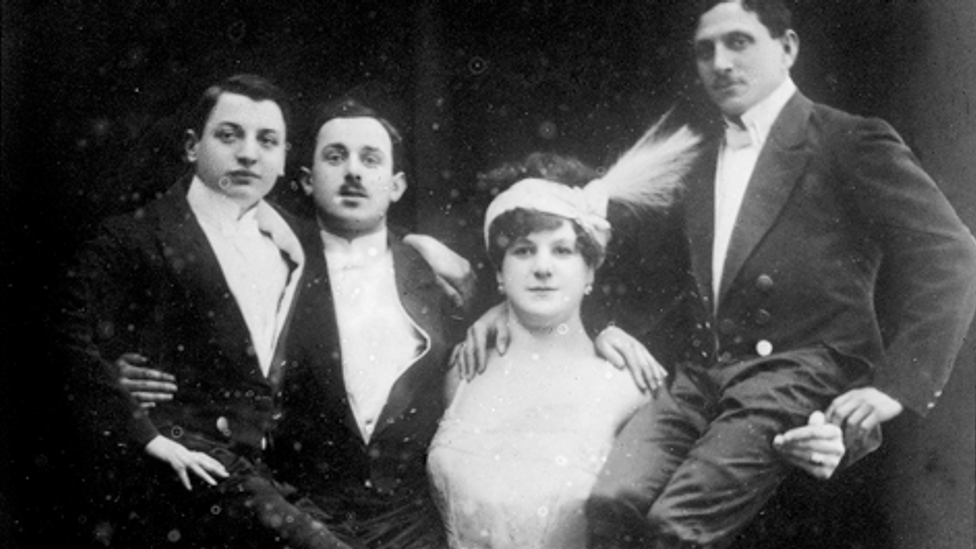 All of these changes might take a toll on some heterosexual relationships. Fairbairn argues that some women, who might currently feel the need to “dumb themselves down” to attract insecure men, may no longer need to. In some cases, this scenario is already playing out. Her 30-something daughter, for example, has been on disaster dates in which the man is clearly looking for an ego boost. But she is capable, active and has a doctoral degree, and “she refuses to pretend that she doesn’t do home renovations and regularly runs 50 miles (80km), just so a guy will think she’s sexy,” Fairbairn says.

Strength is one of the few ways that men, on average, exceed the abilities of women – but if that changed, it would in fact be a continuation of the way that male identity and 'traditional' masculinity is already being challenged in the real world. In the past 50 years, women have become more independent and, in many cases, have overtaken men in earnings, achievements and success. Technology is also muting gender differences, making historically male-dominated fields such as manufacturing and the military open to women, who can now rely on intellect and hand-eye coordination rather than upper body strength, for example, to build cars or engage in combat.

As a result, some men cling to their gender’s generally greater capacity for physical power as justification that “somehow, men are still more entitled to power,” argues Jackson Katz, an author, lecturer and president of MVP Strategies, a company that provides training and education on gender violence prevention. “As women have started competing with men in areas that men had historically excluded them from, some men have retreated into this world where physical size and strength matters even more, because it’s the one area where they continue to hold advantage over women.”

Katz argues that this might help to explain some of the popularity and growth of American football, boxing, MMA and other violent sports. “A man might not be able to understand or articulate this, but the thinking comes down to, ‘Yes, a woman may make more money than me, my boss might be a woman, my wife might have better job than me, but none of them can play football,’” Katz says. He notes, though, that obsession with gladiator-type masculinity tends to be a predominantly American phenomenon. 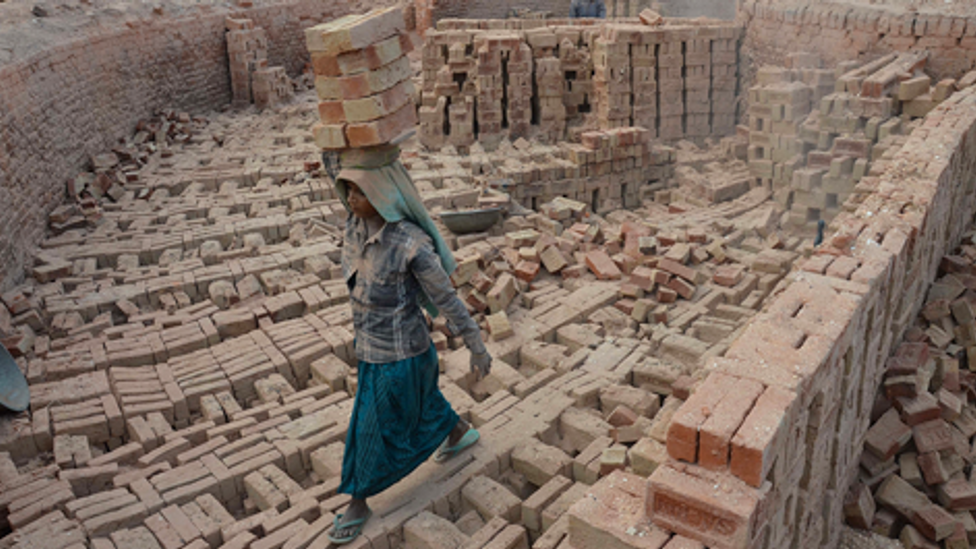 On the plus side, if women were stronger, they would immediately become less subject to male harassment and violence, and rape would go down “by orders of magnitude,” says Katz.

However, it might be wrong to assume that women’s superior strength would be benign. They are still capable of violence: 17-45% of lesbians report physical abuse at the hands of a female partner, for example, and in heterosexual couples – while women do suffer higher overall rates of victimisation – 19% of men say they have been assaulted by a partner at least once. So, while male-on-female domestic abuse would likely decrease, female-on-male cases would probably increase. “Men abuse women because they can – that’s the deal with being strong,” Fairbairn says. “I like women a lot, but I don’t think we’re perfect.”

How inequalities and gender-based discrimination in the workplace might be affected is less clear. It is true that masculine traits have long been associated with positions of power – think Margaret Thatcher training herself to speak with a deeper voice to sound more authoritative, for example, or the rise of the pantsuit among 1970s businesswomen as a means of seeking respect and acceptance from male colleagues. Should women no longer have to use fashion, body language and voice training to masculinise themselves – should they naturally tower over male colleagues – then gender-based discrimination, Fairbairn believes, would begin to disappear.

Gardiner doesn’t think it would be so straightforward, however. She points out that physical size and strength are not necessarily factors in sustaining inequalities. “Whites are not larger and stronger, on average, than people of colour,” she says. “Yet white supremacy has managed to hang on, without any obvious physical base.” 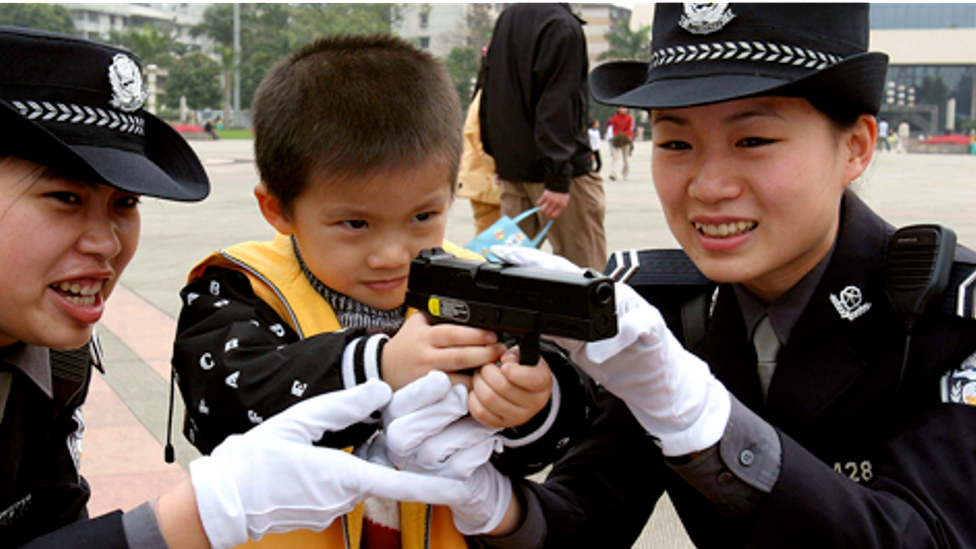 Members of the Policewoman Bicycle Patrol Team show a gun to a young boy in Nanning, China. (Credit: Getty Images)

The arguments for why men should still dominate women in the workforce will simply shift, she continues, just as they have done for years, from claims that God ordained women to serve men, to insistence that women are too emotional to serve in positions of power. “These arguments are not based on fact, but on male supremacy,” Gardiner says. “Those in power will always struggle hard to stay in power, through whatever means they can.” In other words, even with their increased strength, women would still struggle to break through the glass ceiling of male-dominated fields.

Those in power will always struggle hard to stay in power, through whatever means they can

Some newly-strong women, in fact, may prefer to keep it that way as well. As Katz points out, some of feminism’s most vociferous opponents have been women. Rather than fight against the system, they may have found ways to work it to their advantage and to minimise sexist behaviour with justifications such as “That’s just locker room talk.”

The impacts of these opposing movements – some pro-equality, others against – is visible in modern-day politics. On the one hand, Katz says, in the US, “you’ve got a guy unapologetically evoking an era when women were ornamental, and who got elected partly by appealing to throwback masculinity.”

On the other, Petersen adds, as societies have grown more complex, democratic and peaceful, violence and aggression as tools for maintaining control have decreased. This has contributed to a growing number of female political leaders taking centre stage – Angela Merkel being the most prominent example.

So, while it’s pure fantasy to imagine that women may suddenly become physically stronger than men, some of the shifts that such a scenario would trigger are already underway. As Fairbairn says, “I’d rather women just run the world as we are now.”