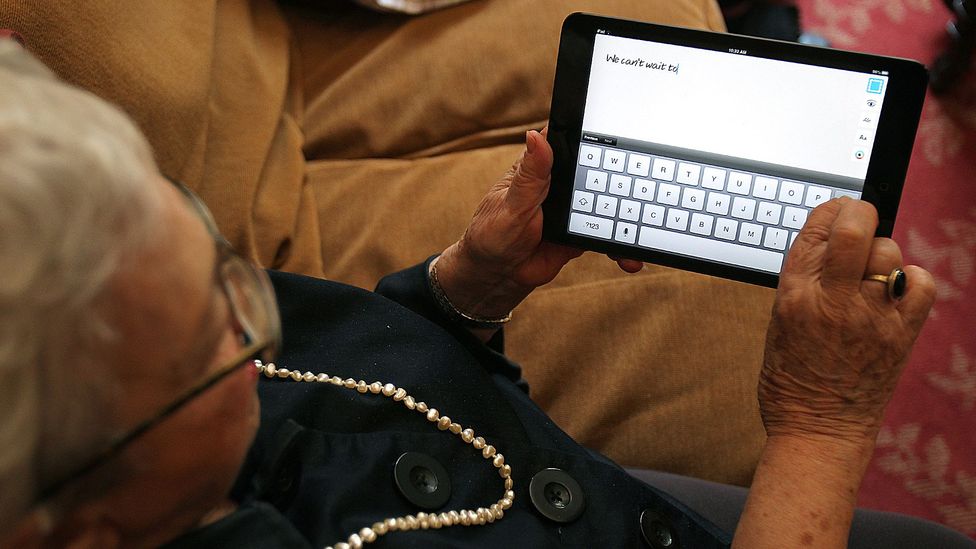 By Ewen Hosie 8th November 2017
Computers and tablets are changing how we write – will the ability and need to wield a pen die out altogether?
W

We're told that writing is dying. Typing on keyboards and screens dominates written communication today. Even scribbling a signature has become rarer due to the prevalence of chip-and-pin credit cards.

In an age where our children swipe, pinch and tap on smartphones and tablets from birth, is the “hand” in “handwriting” about to be removed forever? And are there any benefits to good old-fashioned pen and paper: artistic posterity, cognitive benefits, or something else?

Learning cursive, joined-up handwriting was once compulsory in schools. But now, not so much.

Countries such as Finland have dropped joined-up handwriting lessons in schools in favour of typing courses. And in the US, the requirement to learn cursive has been left out of core standards since 2013. A few US states still place value on formative cursive education, such as Arizona, but they're not the majority. 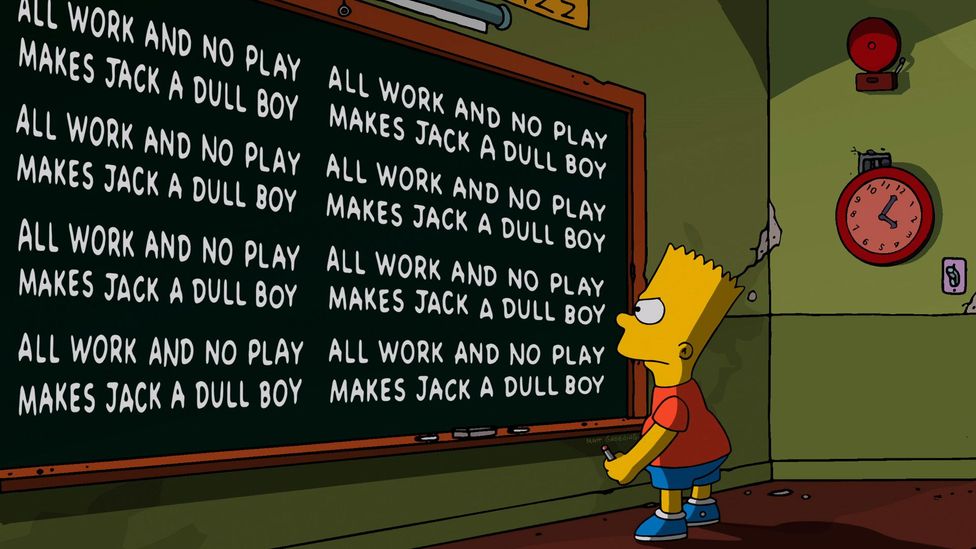 Many schools across the world have de-emphasised handwriting classes in their curricula (Credit: Alamy/TM/20th Century Fox Film Corp)

Some experts point out that writing lessons can have indirect benefits. Anne Trubek, author of The History and Uncertain Future of Handwriting, argues that such lessons can reinforce a skill called automaticity. That’s when you’ve perfected a task, and can do it almost without thinking, granting you extra mental bandwidth to think about or do other things while you’re doing the task. In this sense, Trubek likens handwriting to driving.

Learning cursive, joined-up handwriting was once compulsory in schools. But now, not so much

“Once you have driven for a while, you don't consciously think ‘Step on gas now’ [or] ‘Turn the steering wheel a bit’,” she explains. “You just do it. That's what we want children to acquire when learning to write. You and I don't think ‘now make a loop going up for the 'l'’ – or "now look for the letter ‘r’ on the keyboard’. Therefore, our brains are freed to think about higher order concerns – our destination in the car, the trees on the side of the road, or the ideas we are writing about.”

Trubek has written many essays and books on handwriting, and she doesn’t believe it will die out for a very long time, “if ever”. But she believes students are learning automaticity faster with keyboards than with handwriting: students are learning how to type without looking at the keys at earlier ages, and to type faster than they could write, granting them extra time to think about word choice or sentence structure.

In a piece penned (if you’ll pardon the expression) for the New York Times last year, Trubek argued that due to the improved automaticity of keyboards, today’s children may well become better communicators in text as handwriting takes up less of their education. This is a view that has attracted both criticism and support.

She explains that two of the most common arguments she hears from detractors regarding the decline of handwriting is that not protecting it will result in a “loss of history” and a “loss of personal touch”.

What it signals is that someone took time; that is was a more labour-intensive, and therefore meaningful, communication - Anne Trubek

On the former she counters that 95% of handwritten manuscripts can’t be read by the average person anyway – “that’s why we have paleographers,” she explains, paleography being the study of ancient styles of writing – while the latter refers to the warm associations we give to handwritten personal notes, such as thank-you cards.

“What it signals is that someone took time; that is was a more labour-intensive, and therefore meaningful, communication,” says Trubek. “I counter that there are lots of ways to show we care and take time to do so – send a batch of cookies, say, if your cursive isn't good."

Some educators seem to agree, at least to an extent.

Finland, for example, currently leads the way in Europe in a number of progressive school education methods, and a series of curriculum revisions in 2014 has led to revised guidelines for handwriting education, prioritising print and digital communication methods instead. 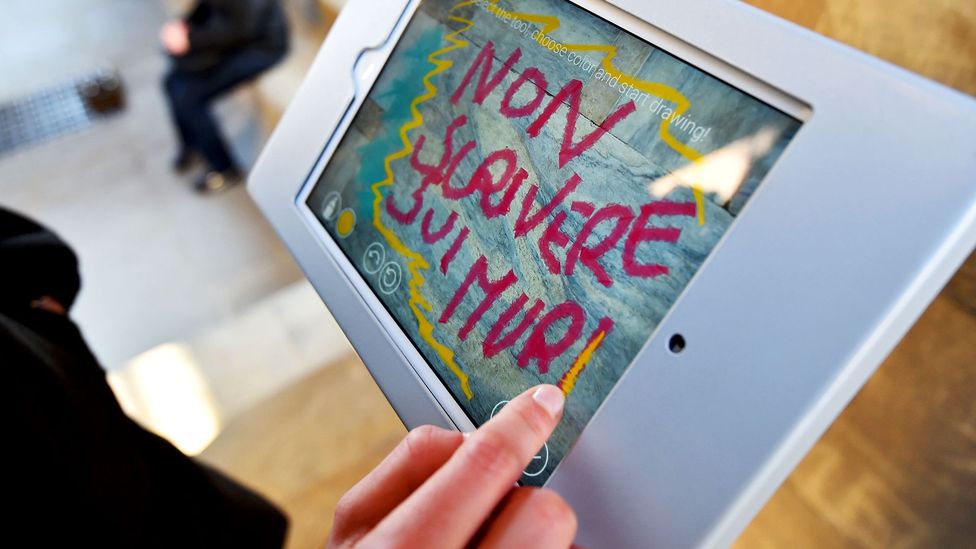 Studies suggest that the physical act of handwriting may aid children in learning the alphabet, even in an age of tablets (Credit: Vincenzo Pinto/AFP/Getty Images)

Harmanen says that the most important reason for the change is that cursive handwriting is not used much anymore.

“Later, in working life you have to make almost all texts by computer and therefore fluent typing skills are important,” she says. “Old handwriting is always hard to read afterwards, and historic documents can be learned to be read if necessary.”

There is research to support the notion that handwriting can provide several cognitive benefits, however.

Handwriting may boost fine motor skills in your hands and fingers, for example. A study by the University of Washington found that while writing by hand and by keyboard had some overlap, they utilised different brain functions. This sentiment was echoed by William Klemm in an article written for Psychology Today in 2013.

“There is a spillover benefit for thinking skills used in reading and writing,” he writes. “To write legible cursive, fine motor control is needed over the fingers. You have to pay attention and think about what and how you are doing it. You have to practise. Brain imaging studies show that cursive activates areas of the brain that do not participate in keyboarding.”

In a 2012 article published in the journal Trends in Neuroscience and Education, authors Karin James and Laura Engelhardt found that handwriting could be crucial for helping children learn the alphabet.

In the study, a group of pre-school children practised learning letters by various means, including writing them out by hand and by typing them on a keyboard. Afterwards, the children were shown various letters while lying in an MRI scanner. The scans revealed that when the kids viewed the letters that were practised by hand, it activated parts of the brain that viewing letters practised on a keyboard didn’t. It suggests that handwriting might aid in mastering reading and writing in children.

So, handwriting could have cognitive benefits, artistic merit, and a personal touch – and could help students learn faster.

Still, there are technologies vying to replace even the typed word. Take voice recognition software (VRS), such as Apple’s Siri, Amazon’s Alexa and Microsoft’s Cortana.

A century ago, a writer like me would have used pen and paper, but could I soon be writing with my voice instead? Last year, Google Docs introduced new voice typing features allowing not just speech-to-text dictation, but voice-activated editing through its Chrome browser. For example, I've typed the [sic] sentence using this feature and as you can see it works quite well and it seems to understand my Scottish accent but it's not quite perfect. 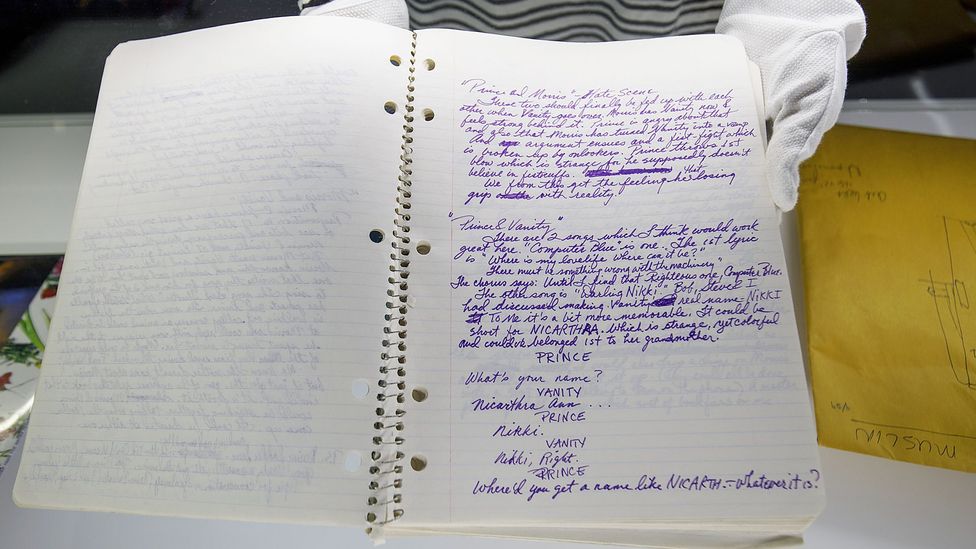 Harmanen believes VRS means people may have to learn to talk as if they are writing. “It is an interesting issue to think how much the programmes which are writing your dictation or speech into print will also be used in schools,” she says. “What kind of benefit they will serve, we shall see.”

However, even those building voice recognition software doubt that their technology will do away with handwriting completely.

“Handwriting will still have a place for those times when people want to interact with a pen and paper for a more sensual experience, using age-old handwriting skills to carefully craft and express more meaningful sentiments,” says Nils Lenke of Nuance, which designs speech recognition software. “It is still convenient for times when speaking is not appropriate or a keyboard is not to hand.” For example, the voice recognition tools that Nuance makes for cars allows drivers to switch to writing if they choose.

Cursive handwriting may be declining, such is the march of progress, but its value cannot be understated. The invention of the phone, typewriter, computer keyboard and email have all failed to extinguish penship from daily life, and handwriting itself is a fluid and adaptable practice. And it's entirely possible that cursive could live on as the preserve of design enthusiasts, aesthetes and hobbyists.

Even if it fades in time as an educational stalwart, and day-to-day notation becomes increasingly hand-free, the loops and lines of a studied hand may have some life left yet.